Recentring the periphery is the focus of this year’s Biennale of Sydney, which takes an expansive approach to its themes of First Nations sovereignty, environmental crisis, community and healing. Having shuttered just days after opening, ‘NIRIN’ made the swift shift online, taking the form of virtual tours, interviews and daily talks with artists and curators on social media, among a plethora of other resources. While the exhibition will be reopening to the visiting public shortly, this new online distribution model has opened up accessibility to local and international audiences alike. The transition of some works into the virtual realm wasn’t always an entirely smooth one, but curator Brook Andrew’s holistic approach (whereby public programming components were seen as one with the exhibition) has largely benefited from the online distribution mode, allowing his ground-breaking perspective to reach even broader audiences. 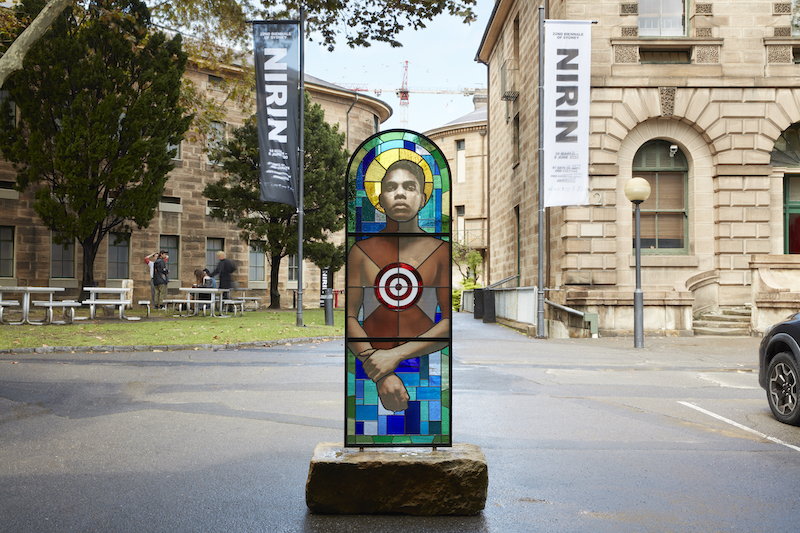 Coinciding with controversial celebrations marking the 250th anniversary of first European contact on the shores of Sydney Harbour (or Warrane in the local Dharug language), the exhibition is excitingly subversive in its total rethinking of the pervading Eurocentric position that too often dominates not only the global art-world, but also prevailing perspectives on land, environment and our relationship to it. Held across the ancestral lands of the Gadigal people of the Eora Nation, the Boorooberongal people of the Dharug Nation, the Dharawal people, the Bidjigal people and the Gamaygal people, its seven exhibition spaces each hold their own respective burdened colonial contexts and are approached with a decidedly decolonial perspective. 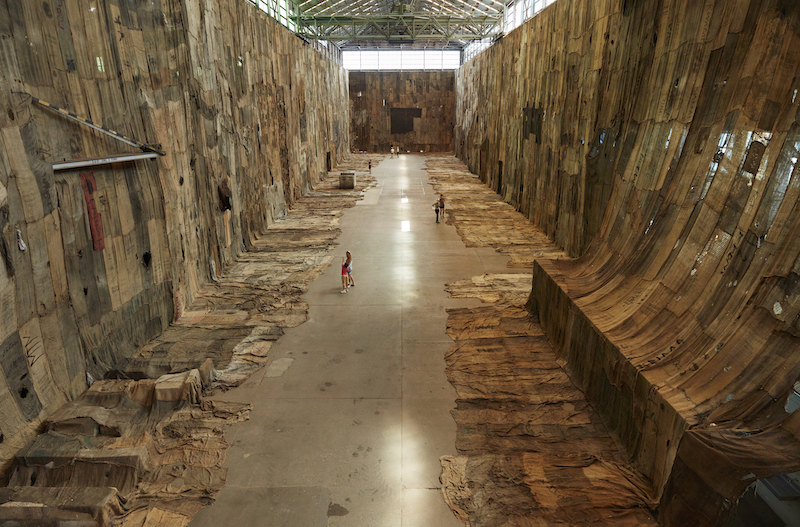 ‘NIRIN’ can be translated as ‘edge’ from the language of the Wiradjuri people, just one Aboriginal nation from over 250 that have existed across Australia for thousands of years and, while referencing the peripheral, is central to the exhibition’s subversion. As a nation, Australia has a shameful past that persists into the present, specifically when it comes to confronting the legacy of British colonial imperialism on which it was established and remains heavily reliant. This makes the fact that ‘NIRIN’ is led by First Nations artists, for the first time in the Biennale’s history, all the more pertinent, as it provides multiple indigenous perspectives on looking toward a decolonial future. Curated by Wiradjuri artist Brook Andrew, ‘NIRIN’ brings together the works of 101 artists, creatives and collectives from 47 countries and myriad disciplines: a line-up that is more ethnically and gender diverse than ever before. 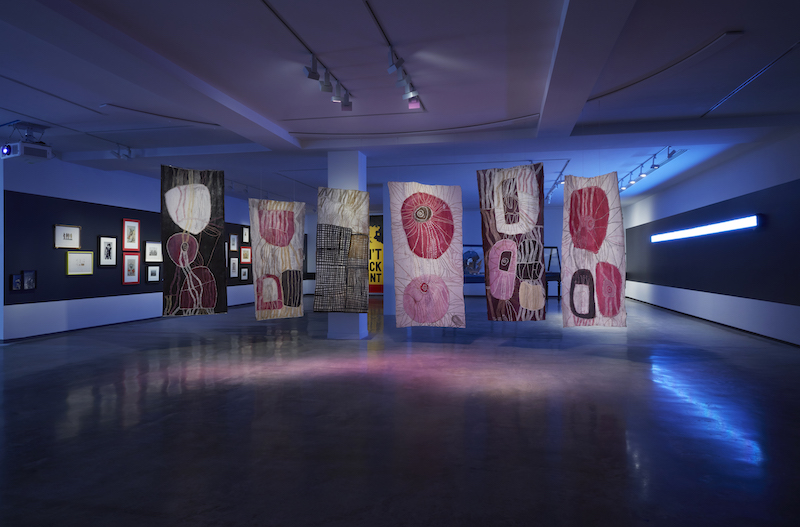 As someone who is familiar with this biennale’s venues and customary approach, I was able to navigate the unfortunate gaps in the shift from what is ordinarily a corporeal experience to the sometimes lacking digital one. But, overwhelmingly, there is much to be gained from the subversive curatorial strategy of the exhibition, even from afar.

The innovative and intricate bark paintings of Noŋggirrŋa Marawili, suspended from the ceiling of the Museum of Contemporary Art, enact the Yolŋu philosophy that “if you paint the land, you should use the land.” The pink-toned pieces use earth pigments, along with used ink cartridges the artist found littering the landscape, on Stringybark, to depict illuminated ocean spray, smashing against rocks. While the delicate tactility and awe-inspiring scale is somewhat lost when viewed in a glitchy virtual tour, here the surrounding resources that would normally fall under public programming (resources which sadly are often relegated to the periphery), broaden accessibility, becoming integral to our understanding and experience of the work.

One installation that has made an entirely digital transformation is ‘Watami Manikay,’ an immersive collaborative performance by the Yolŋu artists of the Mulka Project. The video weaves together not only kinship relationships of artists from multiple connected clans, but also links plants, animals, places, waters, seasons and winds. Cycling through wide-lens landscapes and close up performances of the artists themselves, the original iteration of the work saw projections paired with spatial audio wrapped around the gallery space. These have now been digitally rendered, allowing us to navigate through a virtual viewing of the work that centres around a larrakitj (hollow ceremonial log), painted white with the same gapan (ceremonial clay) we see the artists painting themselves with in the video. The work is intended as a cyclical one, with no set beginning or end: a reference to the seasons and Yolŋu kinship, and a suggestion of a more integrated perspective to our relationship with the land. 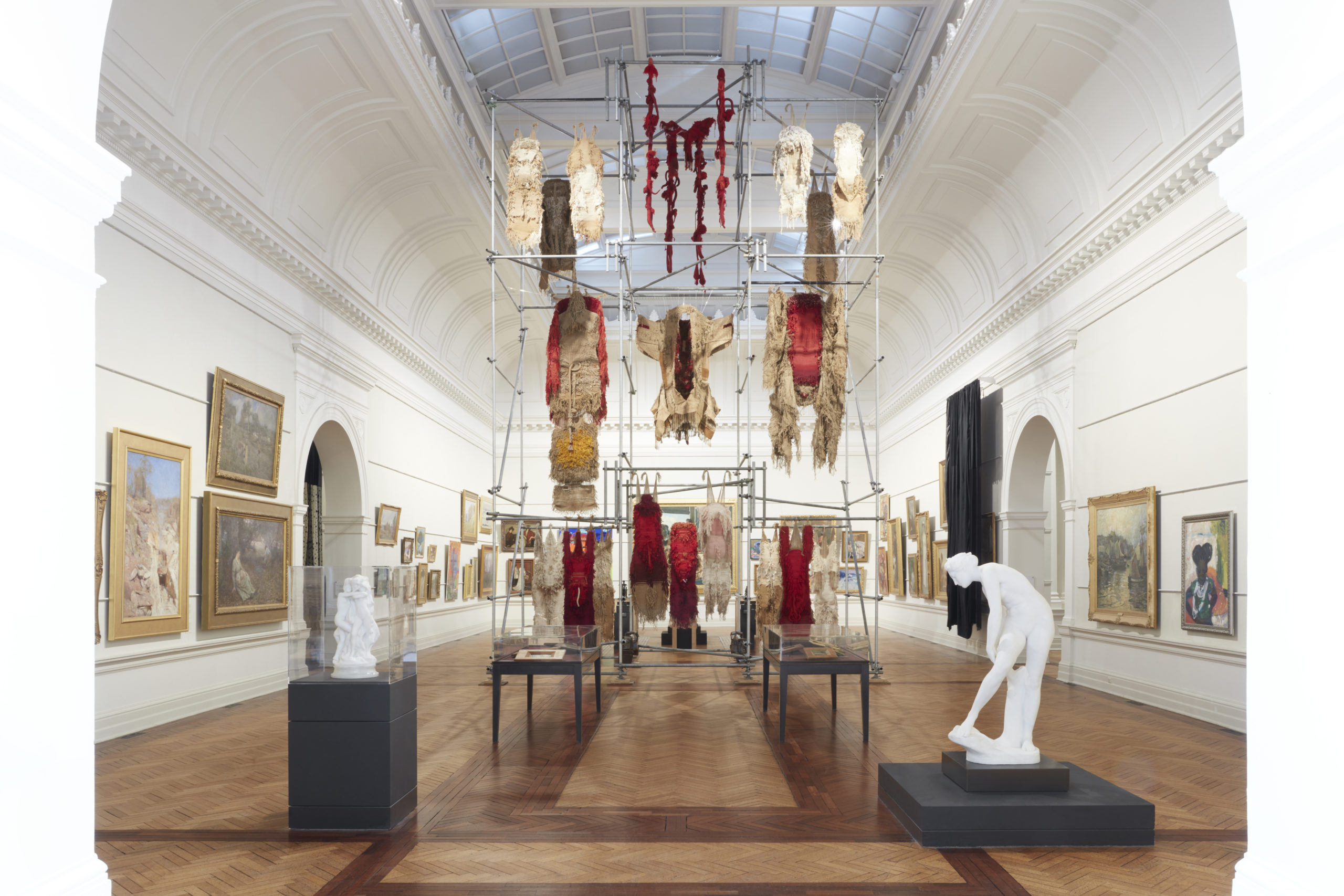 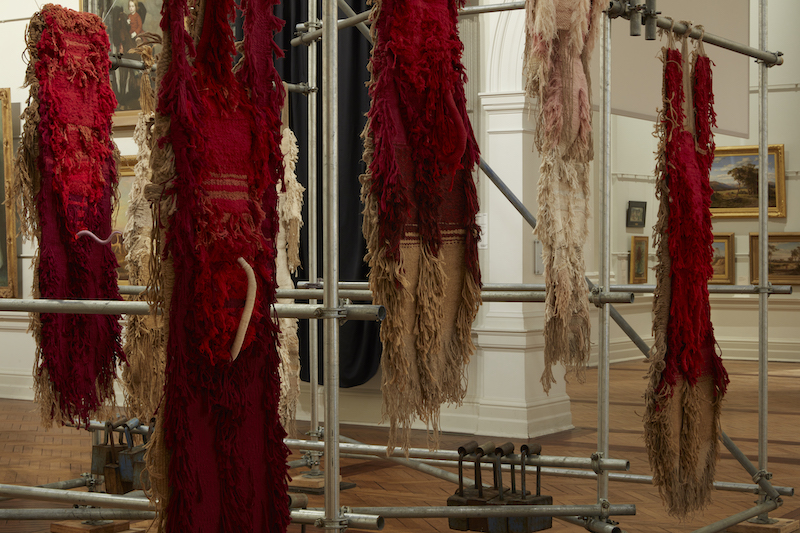 Relationship with place is also central to Brook Andrew’s curatorial approach. He has taken works by artists who usually work on the periphery and inserted them directly into traditional gallery spaces: not within their own allotted white-walled room, but interspersed within the old, mostly white, mostly male, “masters” of Western art that we have been taught to revere. For example, Josep Grau-Garriga’s installation ‘The Altarpiece of the Hanged People (1972-76)’ is installed in one of the initial wings of the Art Gallery of New South Wales. A tribute to martyrdom, twenty-four woven pelts are draped from scaffolding in the centre of the room, and seem to mimic the rich drapery evident in many of the surrounding paintings.

Joël Andrianomearisoa’s work also infiltrates the colonial pastoral landscapes and historical heroic “explorers” regularly on view. Black veils of translucent textile hang throughout the space, obscuring and interacting with the existing exhibits. Layered to varying opacity, the work acts as a quiet, mournful reclamation of both art-world narratives and the real-life power dynamics they reflect.

Joël Andrianomearisoa: ‘There might be no other place in the world as good as where I am going to take you’, 2020, installation view photographed in the Grand Courts at the Art Gallery of New South Wales, Sydney // Photograph: Zan Wimberley

Along with the biennale model itself, the Eurocentric writing of art-world narratives is being called into question. With over 200 of these mainstay shows internationally, concerns of diversity and environmental ramifications are increasingly pertinent. While there have been some familiar inclusions to this year’s biennale (Arthur Jafa’s latest Venice Biennale offering takes on a whole new meaning nestled amongst the “old masters”), its innovative and inclusive approach is overwhelmingly refreshing.

Although it has not yet reached the physical audience of previous years, with its subversion of the usual blockbuster biennale template, ‘NIRIN’ has made a resounding impact worldwide, reaching over 600,000 people through digital programming. Hopefully this groundbreaking community-led approach of re-centring the periphery will have a legacy that will far outlive its physical manifestation. In reviving the endangered old-world exhibition model, it’s hoped that making space for indigenous perspectives will pave the way for a decolonial future, one where we find a more holistic approach to the environmental struggles faced today. 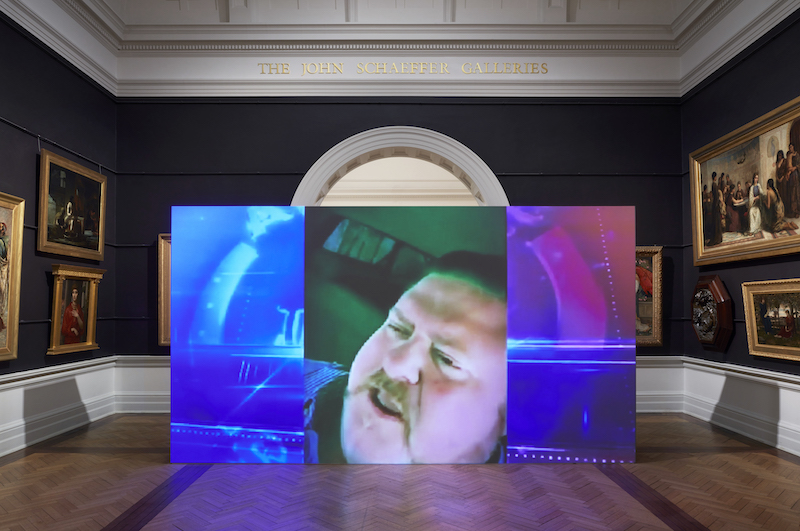 This article is a part of our Features’ topic ‘Landscape’. The themes in this topic are inspired by the exhibition ‘The White, the Green, and the Dark: Contemporary Positions from Norway,’ presented by the Royal Norwegian Embassy in Berlin, and aim to spark a dialogue with its curatorial framework. The exhibition explores concepts of identity and home through intimate portrayals of the region’s landscape, both ecological and social, using a wide variety of media from sound and film to textile and sculptural works. A further emphasis of the contemporary works on display is the presentation of works by artists who belong to the Indigenous ethnic group of the Sámi. To read more from this topic, click here.