The past few months and weeks have significantly affected all of us, though the consequences of the COVID crisis have manifested in different ways for people in different circumstances. Sheltered in our houses, there is ample time to reflect on the rapid changes our society has undergone. We spoke with Verena Spilker, founder of the Transnational Queer Underground (TQU), about the origins of her platform as well as its termination, one of its last events being the Photography Contest ‘Imaging Change’, focusing on the changes brought about by COVID-19.

TQU came out of Spilker’s research on queer music for a lecture at Leipzig University in 2009. Initially developed as a collection of resources on queer musicians outside of North America and Western Europe, TQU quickly grew to be an online platform that facilitated offline exhibitions, photo competitions, short film nights, interviews and other writing. The name Transnational Queer Underground (TQU) emerged as a reference to the “international pop underground,” a convention initiated by Calvin Johnston (K Records/Portland/USA) in 1991 to take a stand against the sell-out culture of the music industry, which also laid the foundation for the riot grrrl movement. TQU aims to highlight the complexity, variety and creativity of queer artists and writers. “I think TQU lives through its diversity,” Spilker explains. “There’s no right or wrong. We all have our experiences and they are all equally valid and we can meet when we share these experiences and our unique points of view.” 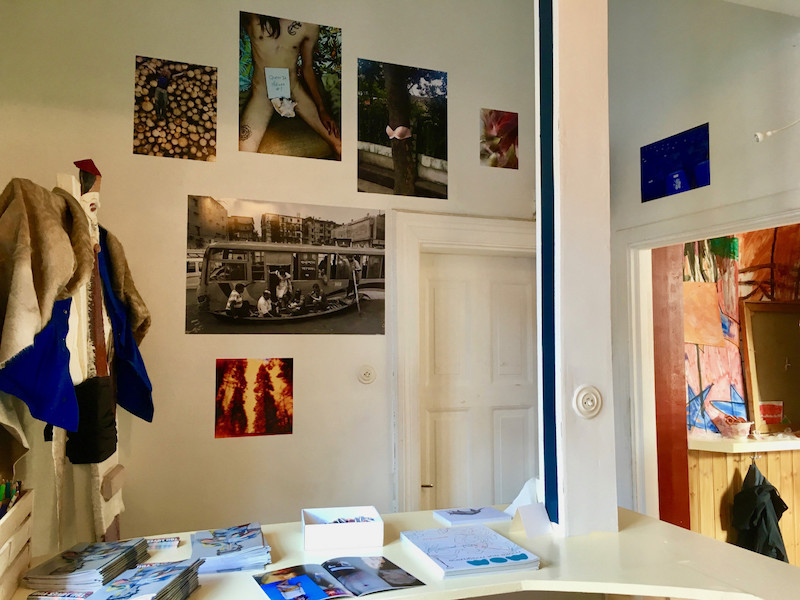 TQU has functioned as a platform to provide a space for queer people of all backgrounds to connect and form a community. One of the biggest projects that took place via TQU was #TheGalleryProject, which consisted of five exhibitions in Tallinn, Prague, Sofia, Podgorica and Berlin. The exhibitions, which combined artworks of over 40 artists from over 20 different countries, provided a space for queer artists to publish their work anonymously, as for some of them openly participating in a queer show could prove hazardous. “I received a lot of feedback from people saying how happy it made them that they were able to show their art in a queer context, because it felt like being part of a community even if they can’t participate in person,” Spilker tells me. She explains that the exhibitions brought together artists from all walks of life, including people that had never created or published any art before but felt encouraged by the project, as well as people who sent their art anonymously by post, friends and strangers, all with their own experiences. “I just try to create a space where people feel safe and free to be who they are and where we can all meet on one level, independent of where we’re coming from and how we might be different.”

As one of its lasts events, TQU has organised a Photography Contest, titled ‘Imaging Change,’ which focusses on the changes brought about by the pandemic, represented by a photo or a short photo series. TQU invites you to reflect on the present, with ‘Inside/Outside’, and the future, as seen through the category ‘Dystopia/Utopia’. Easily crossing the language barrier, photographs are able to bring together a lot of different viewpoints. The affects of this crisis probably looks different for a queer activist in Jakarta than for a student in Capetown, or a working class family in New York. “Again it’s the variety of perspectives and finding ways to connect through these moments that we somehow all can relate to in one way or another,” Spilker says. All submissions will be released on the website for one week on June 20th, so the public can vote for the winner(s) of the audience prize. The winners will be announced a week later, on July 8th, 2020. At the end of 2020, TQU will unfortunately cease its activities and continue as an online archive. There will also be an anthology of some of the stories published on TQU. Stay tuned by visiting the TQU website or by following them on social media.