Starting today, Berliners have the opportunity to partake in an immersive performative boat ride. The idea, orchestrated by the Performance Agency Berlin, is to send passengers on a narrated journey along the Spree, passing by various productions and art installations presented on the banks of the river. The hypnotic experience entitled ‘Another Map to Nevada’ is set to take place from July 2nd-4th and following official health guidelines to ensure all participants stay safe. 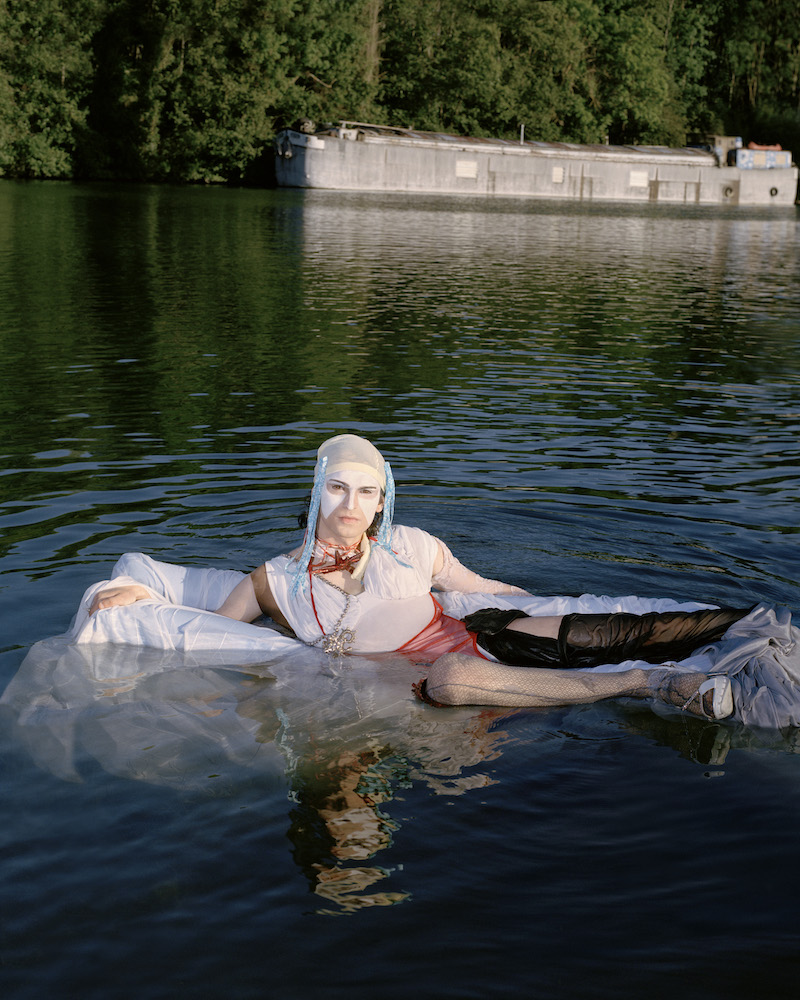 The event intends to create a dreamlike atmosphere intertwining the urban landscape of the city with illusory storytelling artworks. The name ‘Another Map to Nevada’ is an ode to the avant-garde and specifically the late performance artist Robert Delford Brown. The event ruminates on Delford’s performance piece of the same name, in which he is the minister of a wholly new religion that preaches, rather than how to arrive at Nirvana—the goal of several existing worldly religion—an arrival at the more physical location of Nevada. The end of his sermon is the simple answer: ‘Take a bus’. The Performance Agency Berlin heeds Delford’s words and manipulates meaning to use the boat ride as a means to attain this desired destination of so-called ‘Nevada’. This title, alongside the artworks set to be presented from a variety of artists, help to create this mythological atmosphere.

The initiator of the event, the Performance Agency, was founded in 2017 by Yael Salomonowitz and is a production studio created to unify artists from differing fields who all share the common goal of creating performative pieces. As such, the artists they work with and seek are boundary-crossing, innovative and discourse creating. As a newly created company, the Performance Agency has already had several successful collaborations with curation and staged performances. The nomadic experience of ‘Another Map to Nevada’ is not a singular occurrence for the agency, as they hold a strong belief in the flowing and movement of the audience through art to become more immersed within the artists’ intent. A main goal of the Performance Agency is to heighten the availability of immersive creative events. 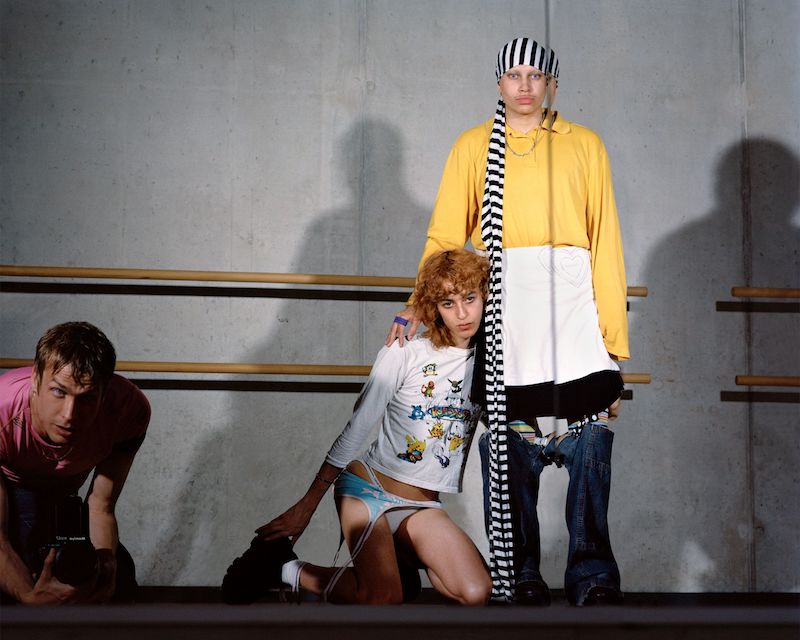 Among the artists taking part in this experience are: Astrit Ismaili, who creates unique performance pieces that test and shatter the constraints of reality, their work aiming to go beyond and embrace the surreal through the creation of alter egos and experiential costuming; Nkisi, a producer and DJ who co-founded the African artist collective NON records and whose own work, primarily using the medium of sound, aims to showcase how the existing binaries in society reproduce unequal dictates of power; Thea Djordjadze, a multimedia artist who utilizes new materials in her sculptural works, such as foam and sponges, to create sculptural pieces with a connotation of the domestic and sexual under the style of Eastern bloc architecture; Two best friends and artistic collaborators Pedro Ferreira and Enantios Dromos, who have used their joint mindpower to create Limitrofe Television, an art project meant to confront and strike against usual aesthetics. Others presented along the boat journey include Mathis Altmann, Juliette Blightman, Robin Brass, R.O. Fitzpatrick, Frznte, Hulfe, Bill Kouligas, Adrian Piper, Jimmy Robert, Colin Self, Slim Soledad, Sergei Tcherepnin, Caique Tizzi and Amadeus Vogelsang. Their collaboration with the project is a result of their shared art, which tests the boundaries of the traditional and aims to explore beyond the imaginable.

Some of the artworks to be experienced as a passenger along this ride include: the projection of the body-focused film ‘Brown Leatherette’ (2002) by Jimmy Robert on a house facade, Slim Soledad enacting a bodily performance guided by Nkisi’s pulsating music and the distribution of edible molecular capsules created by the artistic chef Caique Tizzi. The three days of this collective voyage aim to open up an experience of the ephemeral and reconceptualize the possibilities of playing with space and the constructions of the social body. 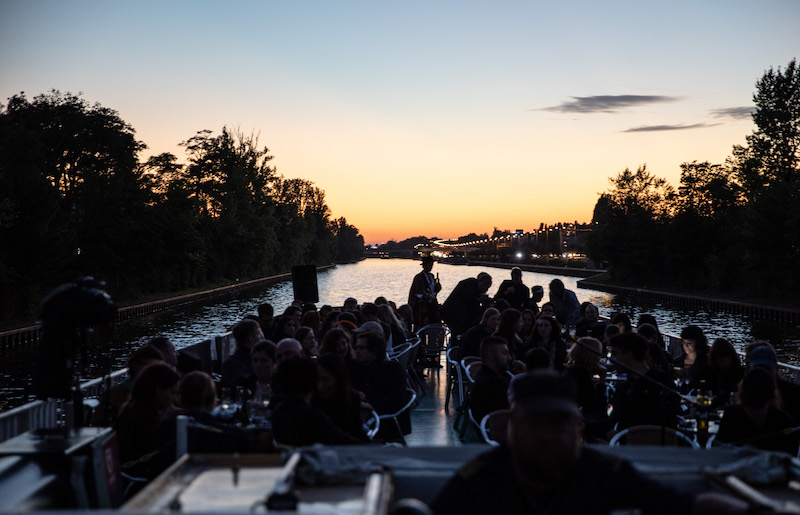