The Silent University is a solidarity-based knowledge exchange platform by displaced people and forced migrants. It is led by a group of lecturers, consultants and research fellows who share this background. The Silent University functions as an education platform outside of the restrictions of migration laws, language limitations and other bureaucratic obstacles. Since 2012, it has involved those who have had a professional life and academic training in their home countries, but are unable to use their skills or professional training due to a variety of reasons related to their legal status. Working together, the participants have developed lectures, discussions, events, resource archives and publications. I met with its initial founder, artist Ahmet Ögüt, to discuss long-term engagements, decentralised education and silence as a tool to be present. 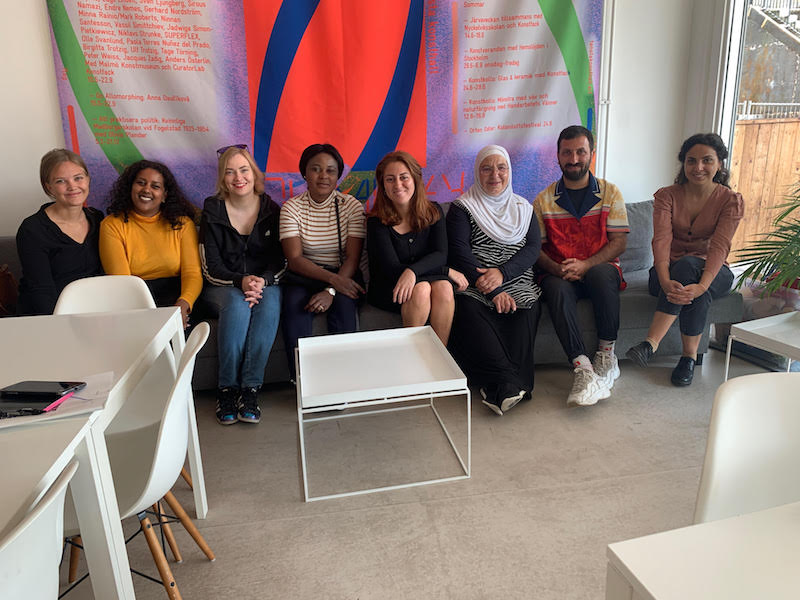 Cristina Ramos: The Silent University was established as the outcome of a year-long residency at Tate Modern in 2012 in collaboration with Delfina Foundation. What was the inception of the project? How did it grow from within the institution?

Ahmet Ögüt: The residency’s invitation proposed a very specific challenge, which was to develop a community-engaged project. I am very critical of the use of the term because it often means a temporary engagement with the community, with the artist remaining in the leadership role. During the first year it was very interesting to work with the Learning Department of Tate Modern as they do very important work but were the least visible when it comes to use of the publicly accessible space of the institution. Back then we were offered to use meeting rooms of Tate’s, but our mostly undocumented lecturers and consultants were asked to wait for someone from the institution to pick them up at the front door. I find transparency of every part of the institution important; not only the publicly accessible exhibition galleries, but also semi-accessible meeting and event rooms and even non-accessible spaces of the institutions like office spaces. Cultural institutions need to be aware of the difference between management and engagement when welcoming the public. After the first year the Silent University was transformed into an organisation that demands its own principles regarding accessibility and bureaucracy; it has become a platform of productive struggles. Within this process, my position and involvement have been transformed too. First I was the artist who initiated it, I then became a co-coordinator and co-organiser, now I mostly act as a supervisor, a contributor and a guest. Our participants arrived as lecturers, and now have become co-coordinators and co-organisers.

CR: Since then, the Silent University has been hosted by other art institutions like The Showroom in London or Tensta Konsthall in Stockholm, which also hosts the Language Café. What can the frame of an art institution provide and promote that other institutions, like universities, cannot?

AO: In an ideal world, art institutions can be more flexible and open minded. They should be leading institutions in times of crisis but often what we see is that they react slower than even government organisations sometimes, as they have become more and more bureaucratic. Art institutions are supposed to be instituted in a more creative way, to be the promised place of freedom of expression, action and reflection especially in times of crisis. Paradoxically, the larger the institutions get, there is less space for imagination. I guess that is why medium-scale art institutions were more able to continue working with the Silent University, and able to adjust to its transformation. We have also been collaborating with universities, theaters and community organisations and whichever can transform as much as the Silent University does stays with us. 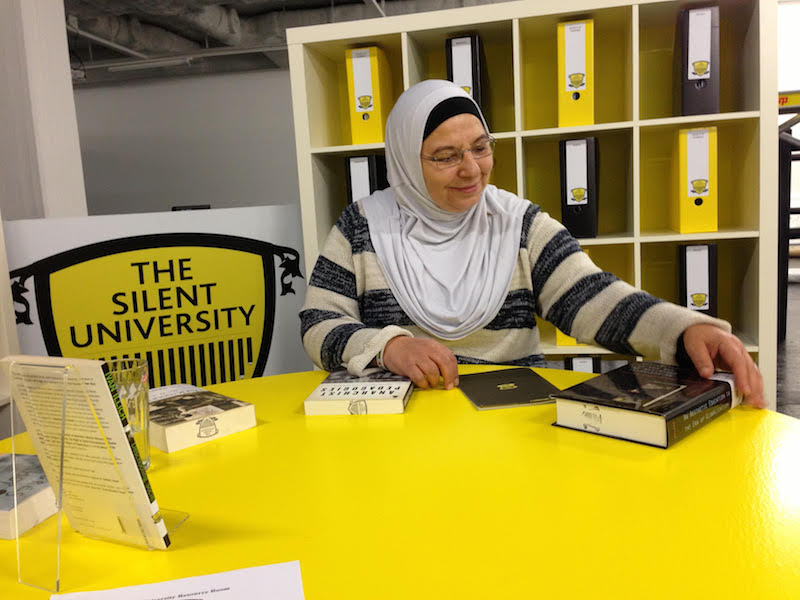 Fahima Alnablsi, Silent University coordinator in Stockholm, hosted by Tensta Konsthal. She studied Politics and Economy at Damascus University in Syria. She has been living in Sweden for 20 years and teaching Swedish at Women’s Center Tensta

CR: It is interesting to think about the way language frames our understanding of the world and how language as an institution can very often constrain this understanding. One of the precepts of the Silent University is to operate without language limitations instead of centering in one language, as it happens in the current art field with the use of English. How was this ideological frame put into practice?

AO: A monolingual education system is one of the main obstacles, accounting for why the knowledge coming from elsewhere is not recognised. Our branches had different approaches to it. Very often situations need to be improvised in multiple languages. For internal meetings to prepare the public lectures, often the Silent University’s participants have to find a way to communicate in four or five languages, which is an amazing experiment. People would translate for each other, everyone in the room suddenly becomes active, there is no longer any division between the speaker and the listener. And this is something we wanted to address against the banking model—a term introduced by Paulo Freire to criticise the traditional model of the education system. 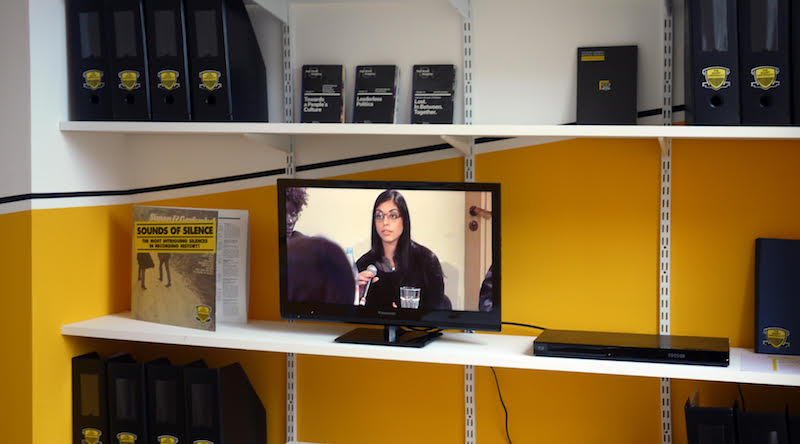 Courtesy of the artist and Silent University

CR: The Silent University has a non-centralised structure through which lectures and events take place in different cities or “branches”. Does it relate to the idea of nomadism, perhaps responding to the geography of political displacement?

AO: I wouldn’t say that it is nomadic but rather that its principles can be applied and exercised anywhere locally. Each autonomous, self-run branch of the Silent University is organised according to local needs, but I tried to make sure that they were connected, to empower each other. For instance, in order to connect them we have sometimes used the format of online lectures because most of our lecturers are not allowed to travel to another country during their asylum process. So this mobile aspect is purely dependent on the legal status of the participants. 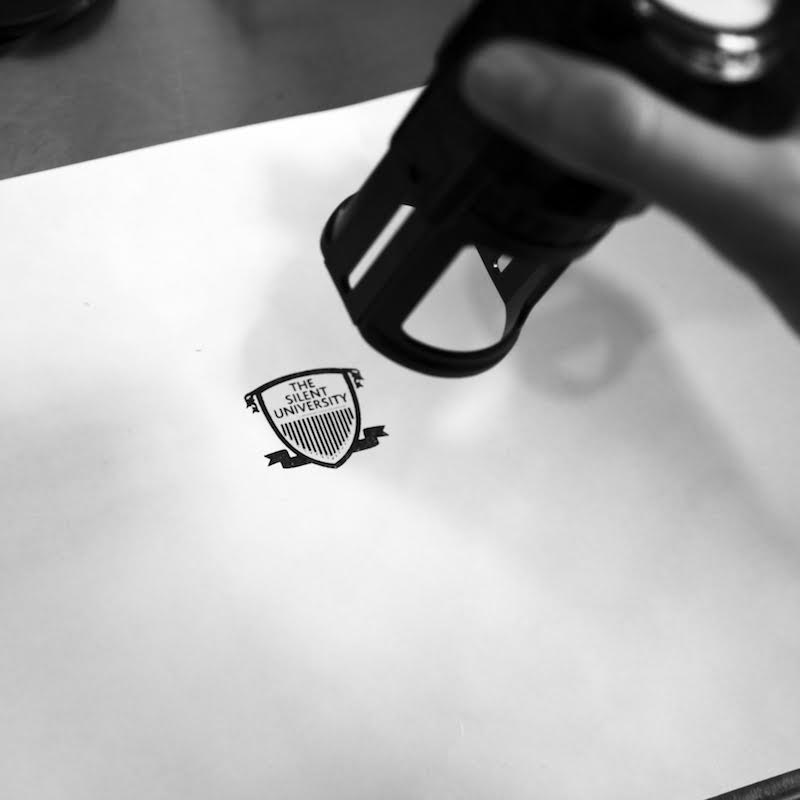 Courtesy of the artist and the Silent University

CR: How does the Silent University navigate bureaucracy?

AO: Instead of growing fast on a big scale, the Silent University multiplied itself on a smaller scale in different locations, with the objective of sustaining long-term peer-to-peer recognition and care. The idea wasn’t to create a marginalised school, rather we force every institution to transform themselves by collaborating with the Silent University. Since its ideological and practical principles are solid, it can still be there even if the directors of the collaborating institutions change over the years. We saw that happening in Mülheim and Stockholm, where our lecturers have become coordinators and even after new directors arrived, they decided to continue their collaboration with the Silent University.