Legacy Russell is a curator, artist and the author of the forthcoming book ‘Glitch Feminism’. Russell’s book, to be released by Verso Books in September, is a manifesto and an exploration of the role that art can play in and for communities who have been systematically excluded from the loci of power and institutions that decide their lives. The “glitch” in Russell’s formulation is in part understood as a “system error,” a disruptive element to be embraced and instrumentalised. Russell writes, “[w]ithin glitch feminism, glitch is celebrated as a vehicle of refusal, a strategy of nonperformance.” At a moment when the urgency of action feels overwhelming, considering the centrality of “refusal” and “nonperformance” as a component of an activist practice offers a more complete and rounded vision of how resistance can function, and productively malfunction, to bring change to monolithic, mono-cultural, often mono-chrome, institutions.

In formulating its thesis, ‘Glitch Feminism’ draws on a range of thinkers including Audre Lorde, James Baldwin, Gene McHugh and James C. Scott, and artists such as E. Jane, Juliana Huxtable, boychild, Victoria Sin and Sondra Perry, as well as Russell’s own experiences growing up online, creating and discovering a plural identity disdained and stigmatised by the appurtenances of white supremacy and the institutional frameworks it has created. The mission of glitch feminism, as Russell puts it, is to “inject our positive irregularities into…systems as errata, activating new architecture through these malfunctions.” Russell’s book is as expansive and plural as the identities it explores, considering art, aesthetic theory, queerness, Blackness and anti-Blackness and, necessarily, the modalities and futures of activist practice. Our discussion began by addressing a fundamental contradiction of online experience: the formation of deeply intimate aspects of individual identity through means provided by for-profit corporate institutions. 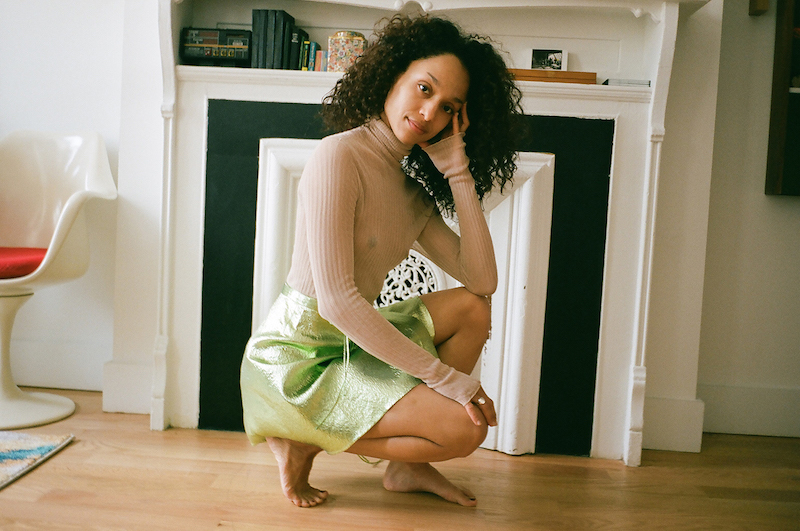 William Kherbek: One of the key themes explored in ‘Glitch Feminism’ is the way identities are (per)formed online through various platforms. The book considers the ways in which social media platforms themselves are “institutions” with their own logics, imperatives and desired outcomes. How do you conceptualise the relationship between platforms operating within a corporate ecology and their users?

The platforms themselves are institutions, and that’s something I posit in the book. We participate on the platform, but we can also think of ways that they can be used toward collective action and to advance strategically. This is an interesting moment because often digital space lends itself to an event-based approach to understanding what social change is. It’s structured around the formatting of the platforms. Someone may post about a new futurity and it’s perpetuated through various likes and made more visible, but through all of that the actual self has not been built.

WK: The idea of embracing the “glitch” as a “vehicle of refusal” and a “strategy of nonperformance” offers a way of conceptualising forms of resistance within and without certain institutional frameworks. How can refusal and active nonperformance become methods for reshaping the institutions that surround us?

LR: There are ways of asserting oneself into a narrative in order to cause a certain bit of chaos, which I would say is a complicated choice, because chaos, coercion and distraction are things that capitalism has found its own way of putting to action. I think it’s less about the notion of error—because there are many sorts of errors—but about thinking about who or what is a glitch in terms of questions of survival. ‘Glitch Feminism,’ as a manifesto, is largely focussing on individuals or politics or questions of presence that are not meant to survive in the conditions of the current world and that are actively being victimised or made vulnerable.

WK: What do you think is the potential for reshaping institutions, either online or – to use a term from your book – AFK (“away from keyboard”)?

LR: This moment in time has been interesting because I’ve joked that from March until now, we’ve relived the 1990s to the present day as an arc in thinking about the internet. In March, everybody was like: “the internet is going to free us and it’s so amazing! We’re all free on the internet!” By April and May people were like: “The internet has so many problems!” “What about access?”. And, in the last two weeks, people are saying: “The internet is anti-Black and has real issues that we need to address!”

This is why the presence of digital institutions using digital space has been a great case study, because we have seen people virtue signal to the Nth degree using the digital space as a means to prop up their various institutional agendas, but with no real application of radical thought or imagination and no commitment to change.

Speaking through an institutional lens, the ways to change institutions come from a bigger series of questions that extend beyond one’s posts on social media. They require you to interrogate who’s on your board, and to make certain decisions and draw certain lines. They require you to ask who’s giving you money and what kinds of investments there are, and where those things intersect out in the world at large. They require you to look through a historical lens, to see what presence the capitalist structure has had as it has intersected with your institutional space and to examine further ways to—quite literally—unpack that, which is a nightmarish process.

WK: In thinking about the idea of the glitch, it seems that there are both liberatory and risky aspects to the idea. For example, neoliberalism could actually be said to have found ways of “embracing the glitch”, creating dysfunction in institutions (e.g. the school-to-prison pipeline) in order to impose its preferred solutions and monetise the ensuing misery. Delimiting the freedom of Black bodies in space is at the core of institutional racism—Aria Dean’s essay on the black flaneur, which you know well, is an exploration of this dynamic, as are formalised practices like “redlining,” and the creation of so-called “sundown towns.” As the African-American experience is so often defined by such institutionalised “glitches”, do you have thoughts on the ways in which power creates “glitches” for victim populations to fall through, and how that relates to glitch as resistance?

LR: In terms of thinking about the idea of glitch feminism, it positions bodies themselves and different models of what bodies are as a “system error.” It’s useful to perhaps to zoom out and think about the ways we’re defining glitch, because there are different ways error presents itself within a system, but the issue ‘Glitch Feminism’ proposes and embeds itself within as a starting point is: in a culture that doesn’t love us, and quite literally does not want to see us alive—as Black people, or queer people, or femme-identified people—aspects of our death are a part of a public imagination, as a social death and a physical death.

Seeing these things with a greater sense of clarity has allowed people to think differently about their complicity within different systems, and we’ve been living in these different spaces and places that are incredibly broken. To the question of the flaneur wandering: when we think of the histories of redlining there’s a direct correlation between this question of what a Black imagination could be and what redlining does which, literally, curtails movement, and makes people vulnerable if they leave space they’ve been historically “lined” into. You leave that space and you walk into a white neighbourhood and you are at risk of your life. There are things that are co-morbid in this current situation, and ‘Glitch Feminism’ takes a bit more simple approach in that it’s asking questions about survival. It’s less about ways to be strategic, but about ways in which one’s life in itself is an act of refusal, because we are living in a space where we are told every day that we should not be alive.

WK: Looking ahead, the advance of online technologies, platforms and institutions into material space is rapidly increasing with the advent of “smart cities” in which space itself is used to capture and sequester data. Such hyper-territorialisation is no doubt familiar to many Black populations. What are some of the advances in technological territorialisation that you consider important to understanding the relationship of space to the themes and concerns discussed in ‘Glitch Feminism’?

LR: I would say that facial recognition is one of the primary things I think about often, and artists who are thinking that through are kind of “second responders” because they are applying different structures to troubleshooting that very pressing and urgent problem. People continue to be very complicit in feeding certain types of data into different online platforms that are going to follow us out into the world. 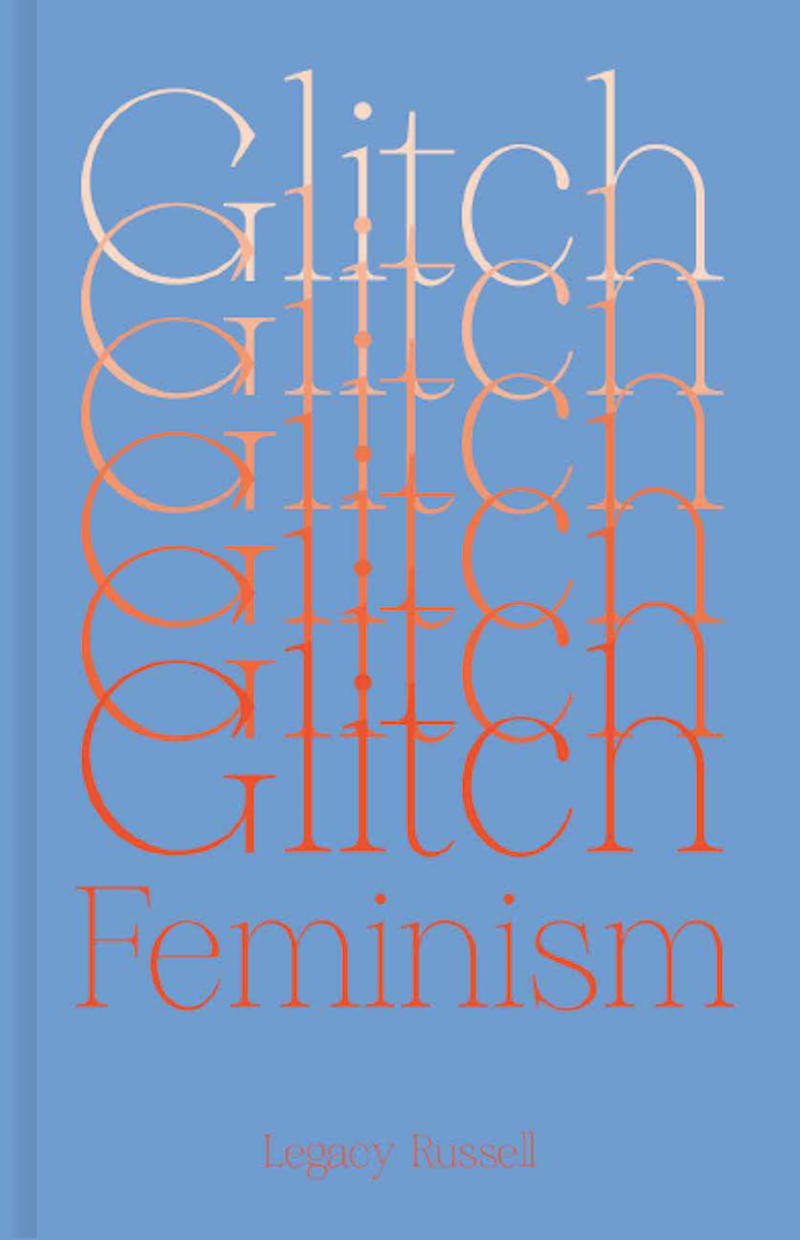 Questions of consent, too, are going to continue to be more prevalent in terms of thinking about ways to advocate for a right to be forgotten. The issues are very pressing because, as it is, people are not taking seriously enough what it means to be feeding the biometrics of generations into different platforms as if they’re neutral spaces or family albums that will be inherited, because they’re just not.

Part of this becomes about the space that opens up in a place of legibility, and I think that’s something that the glitch expands itself into, and a thinking through of what it means to be illegible. Legibility has created moments, historically, of heightened surveillance and vulnerability, but also legibility can be read as a strategic challenge to these technologies, being able to read things clearly and process bodies in certain ways is tied to historical bias. This is going to be something to think through critically, to consider where the gaps are.