It is quiet in the gallery when I enter: As I walk around the ground floor, a cluster of paintings and sculptures by upcoming artists are mingled with impressive names, part of the König’s fixed collection. I would have almost missed the exhibition ‘Short Story’ by Elmgreen & Dragset, had a representative of the gallery not pointed me upstairs. When I climb the stairs and enter the dimly lit room all by myself, it feels like I am intruding on a scene, an ongoing scenario where the roles are already divided and I am left to wonder what my role on this stage is. The entire room is transformed into a short story.

Michael Elmgreen and Ingar Dragset, who have collaborated as an artist duo since 1995, work primarily with questions about identity and belonging, using exhibition spaces as time capsules for viewers to enter – almost, it seems, as if by accident, as if they are walking into a room where they do not belong. By transforming König Galerie into a stage, as they have done many times before (for example, at Whitechapel Gallery in London, where they constructed an all-encompassing scenario featuring an abandoned public swimming pool), the artists challenge and alter the normative structures of how an audience perceives sculptural objects. ‘Short Story’ is a perfect example of this recontextualisation. 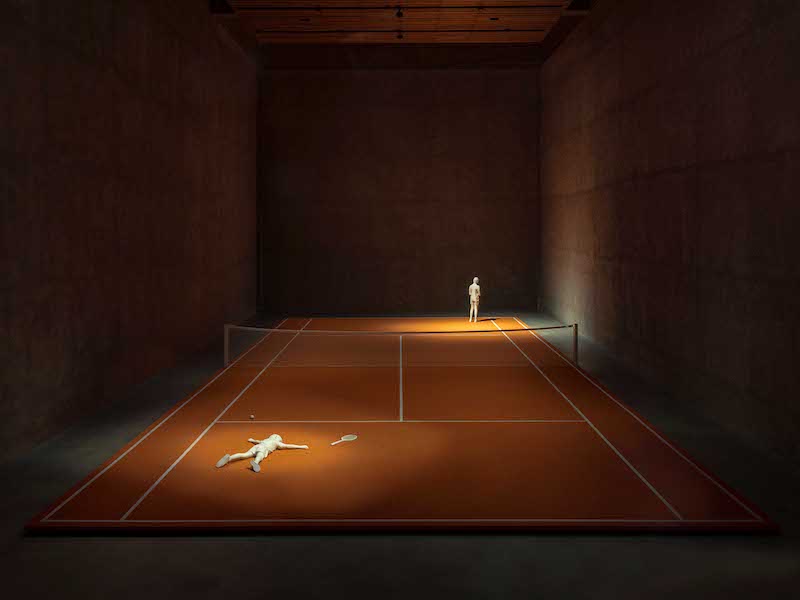 Three spotlights illuminate the characters of this story: an elderly man, half asleep in his wheelchair, and two young boys, placed in the aftermath of a tennis match. The emotional effect of the stage setting is almost visceral. From the moment I walk in, my stomach is hollowed out, the gravity of the scene penetrating my body before my mind has a chance to catch up. Slowly, I walk around the nearly full-size tennis court. This ‘Short Story’ begins at the end: The match is already over, there is a loser, there is a winner, but neither of the boys look victorious. The two tennis player are placed diagonally across from each other, each at the far ends of the court. The dividing net places them in isolation – there is no solidarity, no camaraderie. The “winner”, a statue of boy called Flo, stands with his back to the other boy. Unable to look his opponent in the face, he stares down at the trophy he has won. Rather than ecstasy or pride over his win, he looks defeated and lonely.

On the other side of the court, the “loser”, Kev, has fallen in defeat, forgoing any pride, any composure. He has lost, and is fully experiencing that loss. Laying on the ground with his arms and legs spread, he is unable to get up. His white-painted bronze limbs will forever hold him in vanquish. The structure of the stage adds to this feeling of isolation: The white gradient and net in the middle of the court do not only mimic the rules of the sport; they furthermore enforce the feeling of division and separation central to this scene.

The audience – in this case me, alone – is caught between intrusion and reflection. What has happened in this match? Is it up to us to decide? Is it up to us to judge? More than anything, I feel discomfort, I feel that I’ve walked in on something I was not supposed to see. 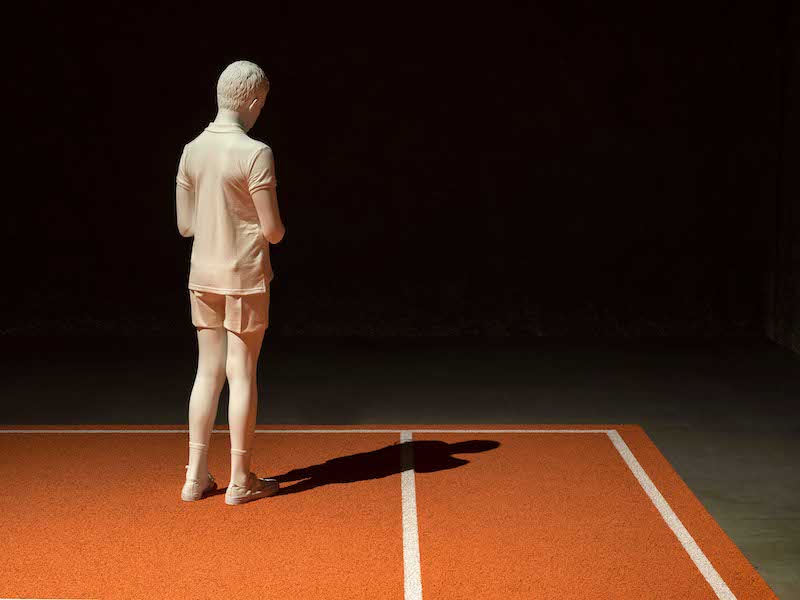 This effect is reenforced by the statue of the sleeping elderly man. Quietly, as to not to disturb his lifeless slumber, I walk around him. With his eyes closed, I am left to wonder what he sees, where his thoughts have gone: Do the boys, dressed in clothes that are reminiscent of times past, belong to a distant memory of this sleeping man? Have I walked into this man’s half-forgotten dream or a figment of his imagination? Should this be the case, I am led to wonder which of the boys is a younger version of this slumbering man: Does he recall a bitter-sweet victory or a shattering defeat? Or, alternatively, does this scene belong to the present, the man merely a spectator, just like me? The trio of characters each have strong, emotional narratives that place the viewer inside a debate on individualism, personal perspective and the uncomfortable edges of spectatorship. 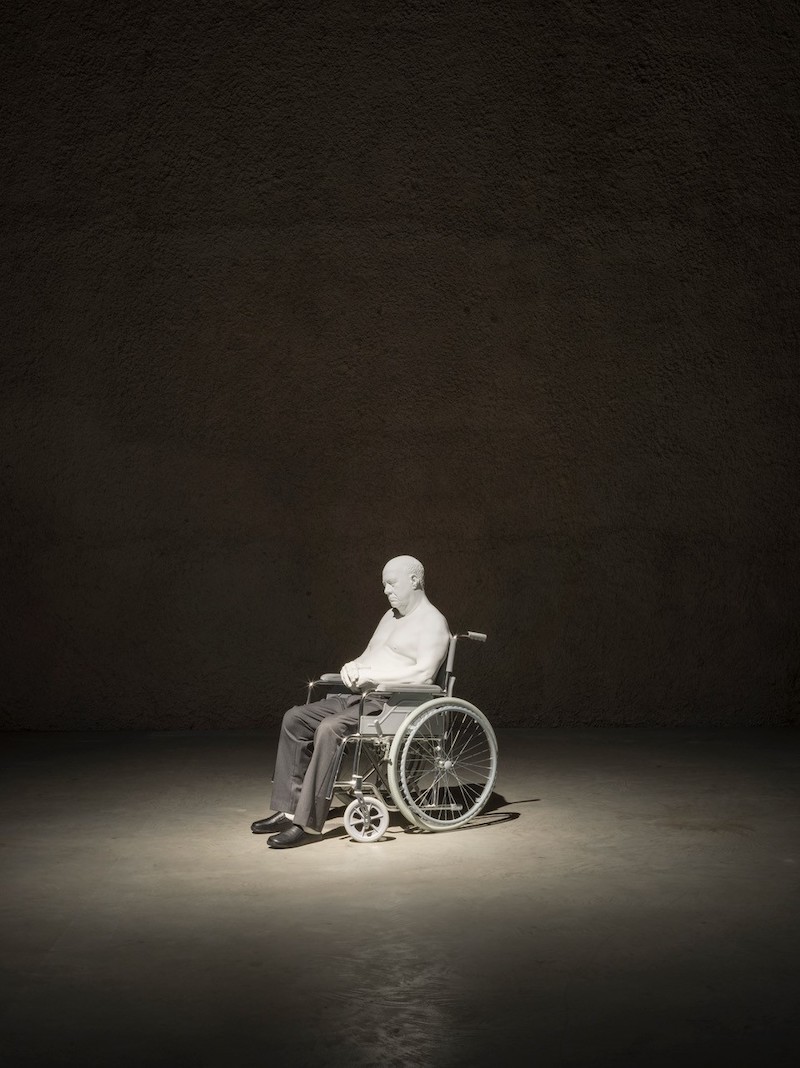