I join Stephanie Comilang in her light and roomy kitchen on a sunny afternoon. “The trick is to live close to a park,” she says with a laugh when I comment on the abundance of light filtering through the windows. Comilang is a Filipina-Canadian artist and filmmaker living and working between Toronto and Berlin, where her home studio is right next to Hasenheide Volkspark in Neukölln. She works primarily with video, creating documentary-based works that are concerned with the concept of “home” and stress themes of social mobility, power and class structure through the lens of migration. As a whole, her practice aims to give voice to those who are caught in the ever-moving global streams of human labour. 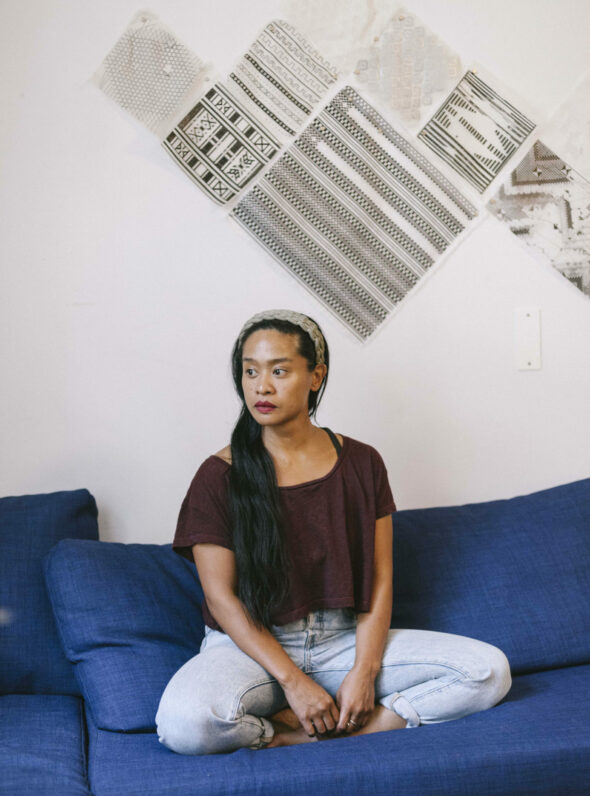 From the kitchen Comilang leads me through old wooden doors that separate her living space from her work area and points me towards a dark blue couch in the corner of the room. The studio, a spacious room with a beautiful wooden floor and high ceiling, holds two desks and more than a few computer screens. The walls are adorned with 3D prints on piña fabric, which, Comilang explains, is a fabric made out of pineapple and is indigenous to the Philippines, where her parents are from. These prints are based on weaving designs from both the Philippines and Ecuador, the home country of her boyfriend, studio-mate and current collaborator, Simon Speiser. In January, the pair will debut a collaborative exhibition in Canada which will combine these fabric prints with video work and a virtual reality piece filmed with a 360-degree camera. Comilang hands me one of two VR headsets that are lying on the couch; I put it on and am transported to blue waves soundtracked by a soft voice—an oracle from the distant future called Piña. Suddenly, the figure of Piña appears close to my face, looking me straight in the eyes. The result is an intense kind of contact, an inability to look away. “I think VR is perfect for creating a one-on-one situation with the other character,” she says. 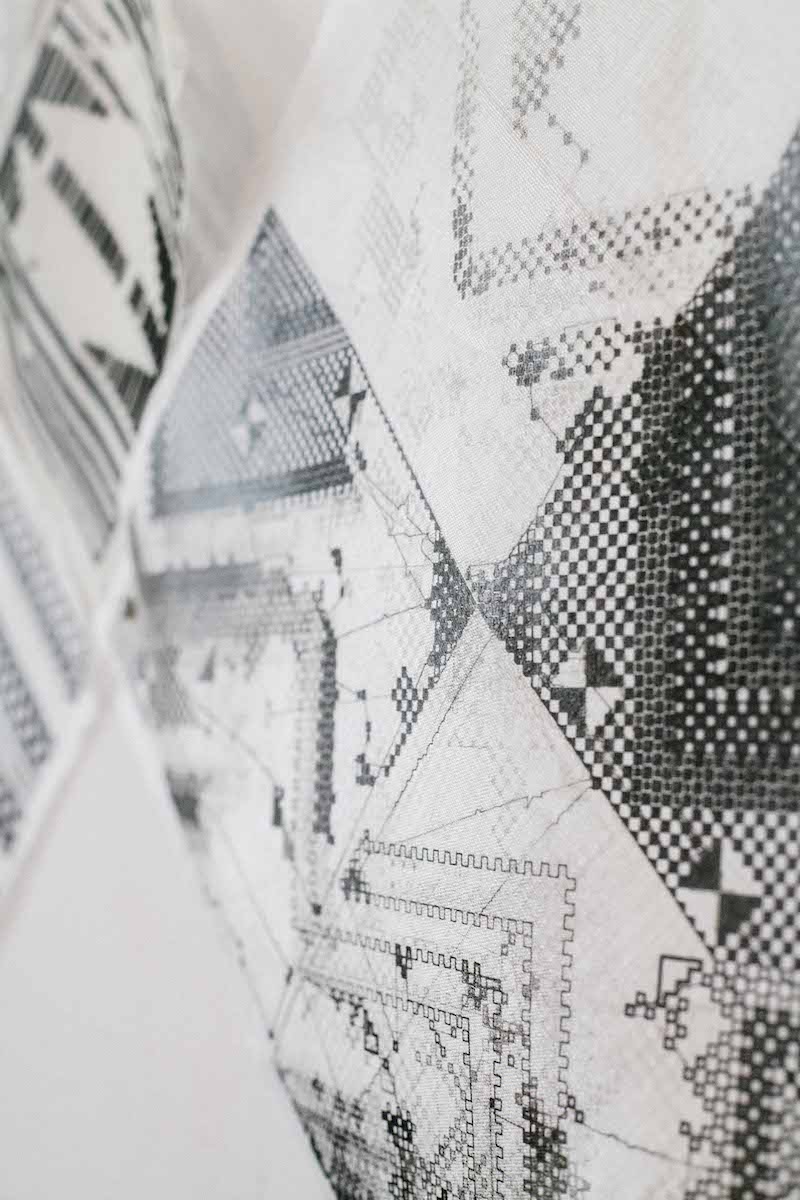 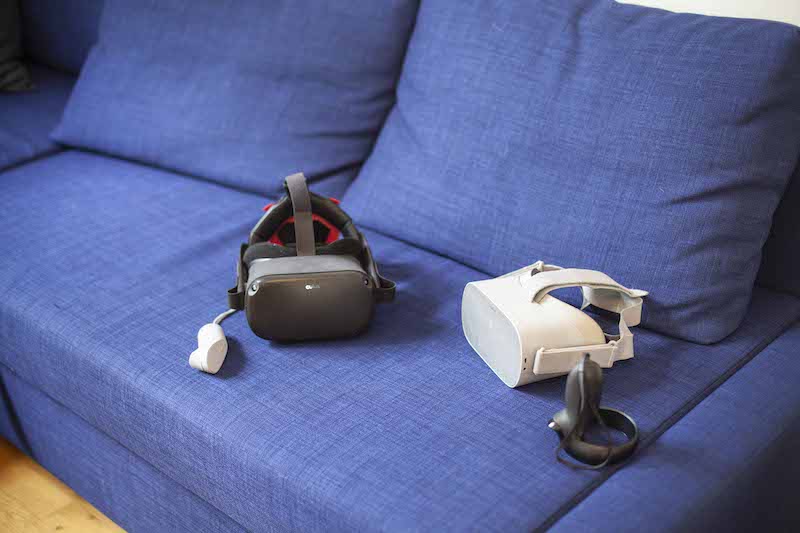 Comilang and Speiser’s forthcoming exhibition is based on research into contemporary shamans and how they relate to the Babaylan, a group of precolonial shamans in the Philippines. Comilang also shows me parts of a video that will accompany the VR work. She places her laptop on her office chair and rolls it in front of the couch. I sink into the pillows behind me and observe the a group of women sitting in a fast-flowing river: messengers from the near future, who send the messages via piña fabric to the neo-Babaylan shaman.

“This piece is half-documentary, based on real things, and we’ve added fictional elements to it,” Comilang explains. This intertwining of documentary with fiction is characteristic of her approach to video. Her films, which she deems “science-fiction documentaries,” combine research and investigations into the socio-political circumstances of people affected by migration, displacement and global labour, with fictional accounts of lived experiences, narrators and fantasised periods of time. “There is not just one truth, so I think that layering and having multiple perspectives is very important,” she explains. “I like looking at real things that are already in existence and then adding a fictional truth on top of that. And it makes it more fun, creatively, to think about things in a different way.” 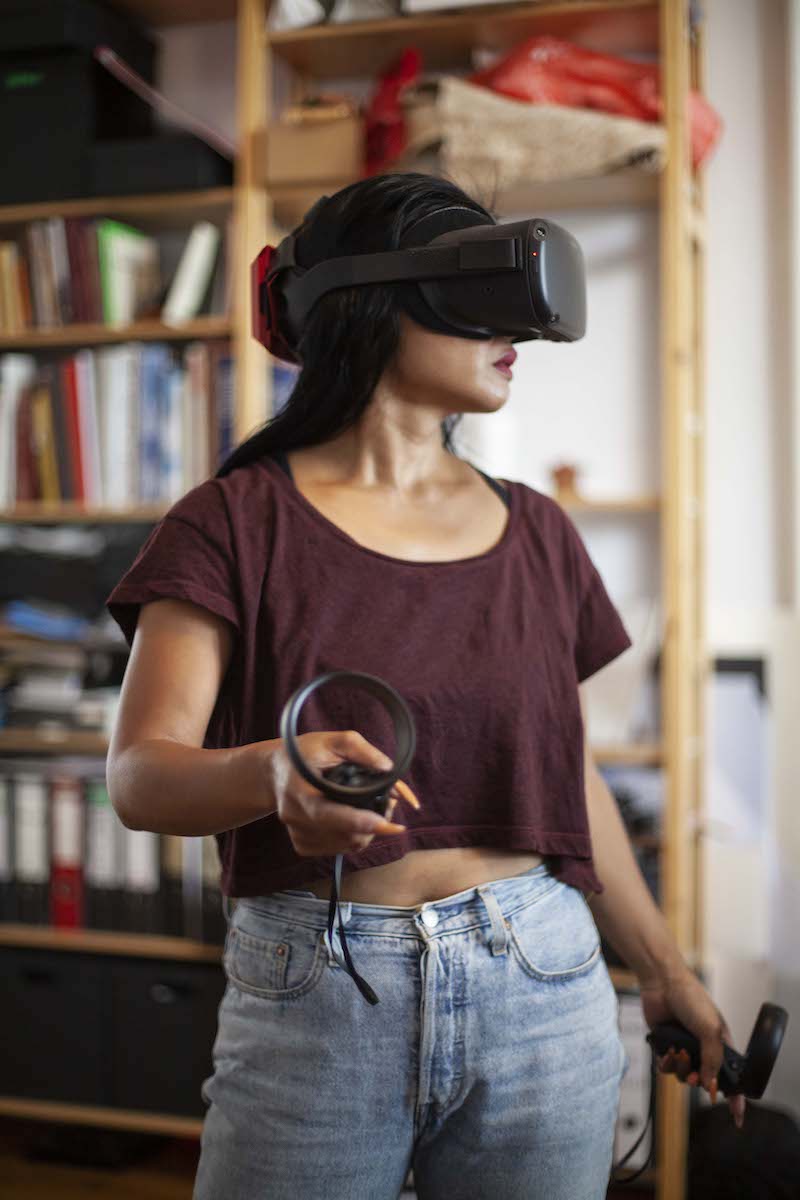 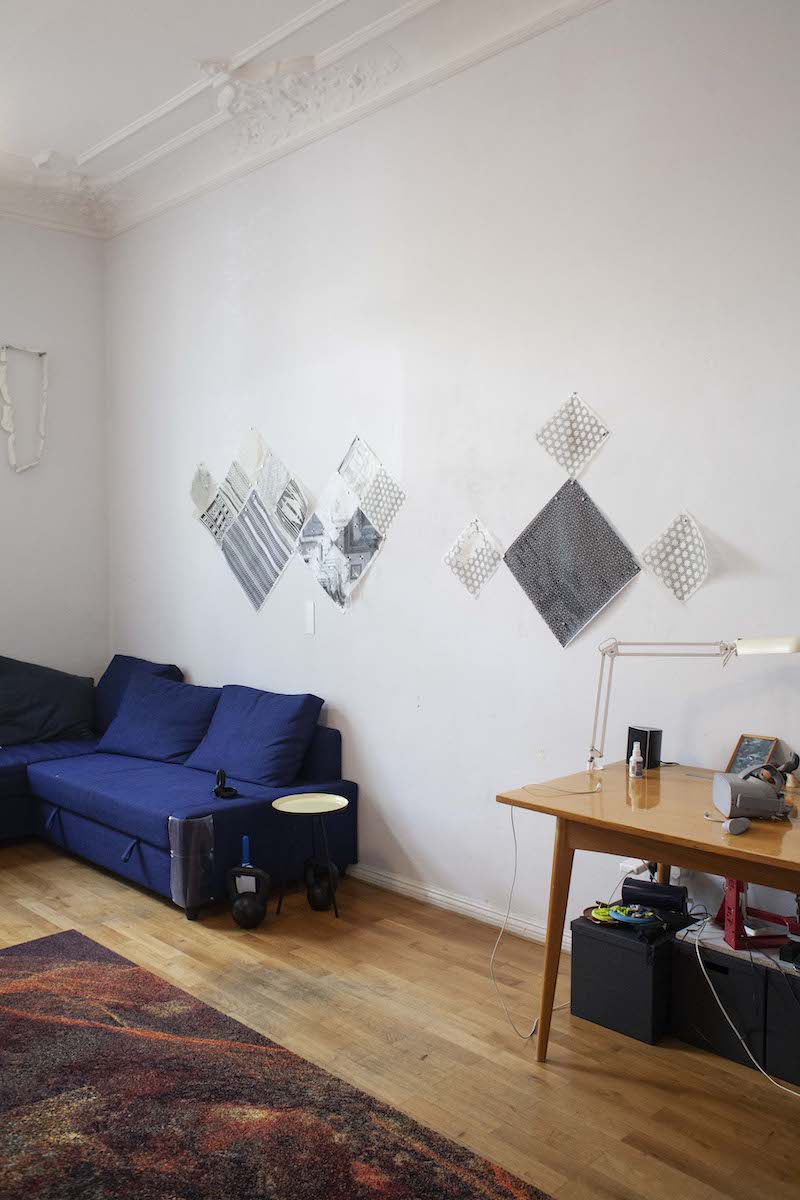 We watch a couple more videos. ‘Come to me Paradise’ (2018) is a science-fiction documentary told from the perspective of a drone. The story is based on Filipina migrants living and working in Hong Kong and shares how the women spend their leisure time. More often than not, these domestic workers also live with their employers. Some of them have their own rooms, but a lot of the time they sleep on the couch or on the floor in the living room. On their singular day off, they leave their employers’ houses and spill out onto the city’s streets, where they come together and create temporary houses out of cardboard. The character of the drone, narrated by Comilang’s mother, uploads the messages and pictures that the women create during the workweek sends them back to their families in the Philippines. The women’s phones are almost glued to their hands; it is their only tool connecting them with their home. “As my parents migrated from the Philippines to Canada in the 1970s, the topic of home is something that I always think about,” Comilang explains when I ask her about her recurring focus on the building and leaving of homes. “It is something that was constantly on my mind when I was a kid and a teenager, and emerges again now that I’m an artist. There are many questions that come up when thinking about this: What is a home? What does it mean to leave a home and create a new one?” 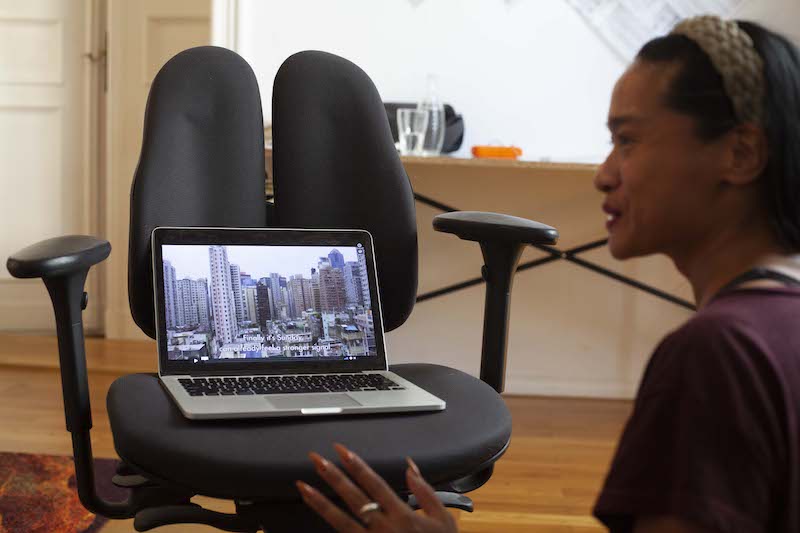 Before I leave, we return to the kitchen, where Comilang makes coffee and the conversation shifts to the intersections of migration, racism and representation. She talks about a filmmaker—the godfather of experimental film in the Philippines—who was making movies in the 60s and 70s and went to school with her father. Years later, she found a VHS tape with one of his movies: “When I finally saw someone that looked like me in the film industry, I was spurred to think about myself as possibly becoming an artist,” she says. “That representation was extremely important. When someone asked, ‘Who do you make art for?’, initially, my answer was, ‘Well, for me,'” she continues. “But then I thought about it again and I realised that actually I want to create art so younger versions of myself can see that it’s possible.”