The ninth edition of Berlin Art week, beginning next week, will showcase the best that Berlin’s creative scene has to offer, from project spaces to museums to commercial galleries. From September 8–13th, Berlin will play host to a number of exhibition openings and events across the city, while taking into account this year’s unprecedented corona virus regulations, including many outdoor and digital formats. In addition to its events and exhibitions, Berlin Art Week has also launched its own journal, which will feature interviews, photo spreads, essays and features that are closely interwoven with the overarching program. This year, Gallery Weekend will also take place during Art Week, after it was postponed this spring. To help you find your way through the Berlin Art Week and Gallery Weekend 2020 programs, we’ve compiled a hit list for you, to highlight some of the most exciting openings and events during the week. Plus, check out our social media channels and the bottom of this article for instructions on how you can win two tickets to this year’s Berlin Art Week.

On September 9th, Indigenous Canadian artist Walter Scott will open his first solo exhibition in Europe, ‘The Scrawled Heel of the Real’ at Ashley Berlin in Kreuzberg. The exhibition will also be accompanied by the launch of Scott’s book ‘Wendy, Master of Art’, in collaboration with Hopscotch Reading Room. Scott is an interdisciplinary artist working across comics, drawing, video, performance and sculpture. His comic series, ‘Wendy’, chronicles the continuing misadventures of a young artist in a satirical version of the contemporary art world. ‘Wendy’ has been featured in Canadian Art, Art in America and published online on the New Yorker. 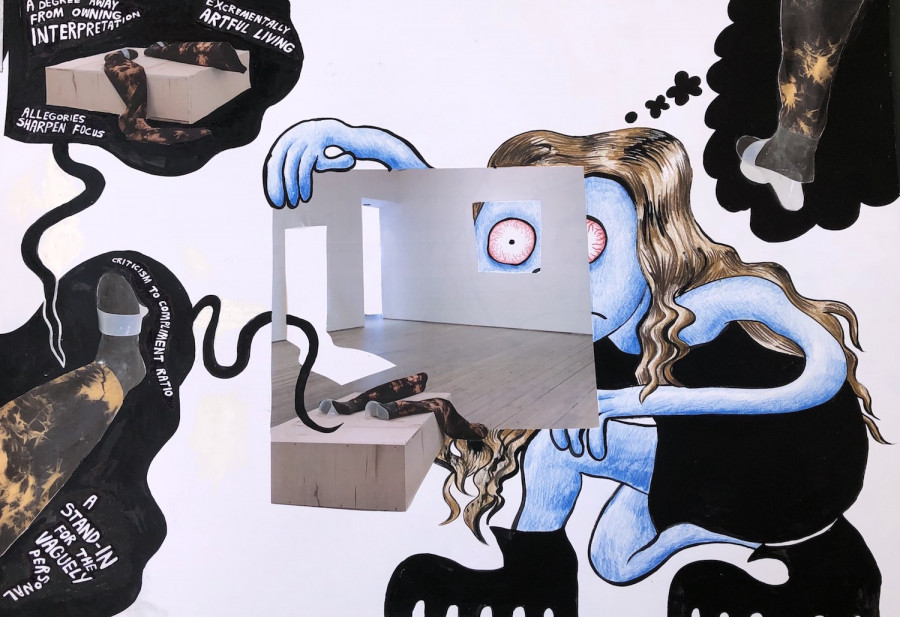 After the recent successful TamTam sound installation presented at Berghain this summer, the famous techno club will once again host a collaborative art exhibition, opening during Berlin Art Week on September 9th. The Boros Foundation presents ‘Studio Berlin’ at Berghain, consisting of works by over 80 contemporary artists living and working in Berlin. The exhibition promises a range of different media from the visual to the tactile and the auditory. The focus of the exhibition is the studio as a space for contemplation and production. ‘Studio Berlin’ serves as a glimpse into and exploration of the artists’ current situation, documenting their point of view. 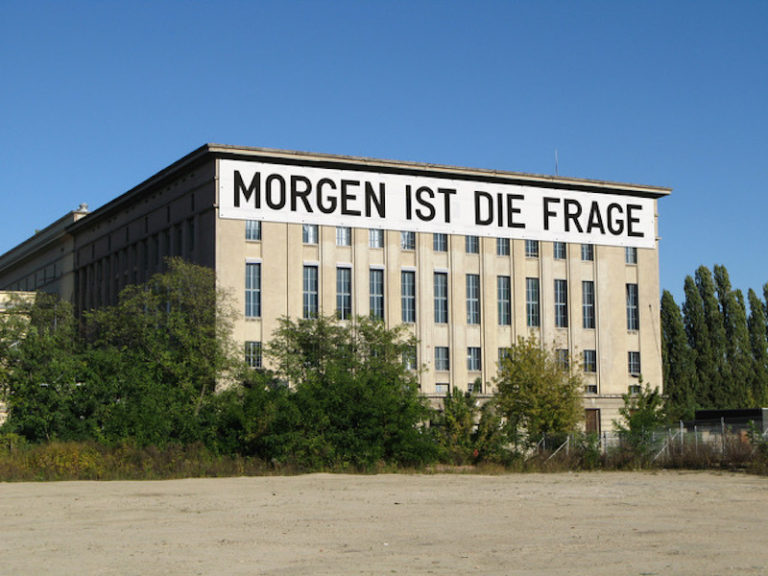 Videos by Bárbara Wagner and Benjamin de Burca use rhythm, lyrics and dance to address issues like visibility and prejudice. The film ‘Swinguerra’ (2019) was developed together with dance groups from the outer districts of Recife, far from the centre of economic and political power in the north-east of Brazil. A diverse local pop music scene—ranging from the tradition of festive and religious African rituals to an assimilation of American pop influences—is depicted here through three types of music and dance: swingueira, brega funk and Passinho do Maloka. The Black male, female and transgender artists featured use dance as a form of resistance. In the country with the world’s highest murder rate for transgender people and homosexuals, the protagonists have a chance to be themselves in front of the camera and when they are dancing. ‘Swinguerra’ is a celebration of diversity and a play on two words: the dance movement “swingueira” and the Portuguese word “guerra”, meaning war or struggle. 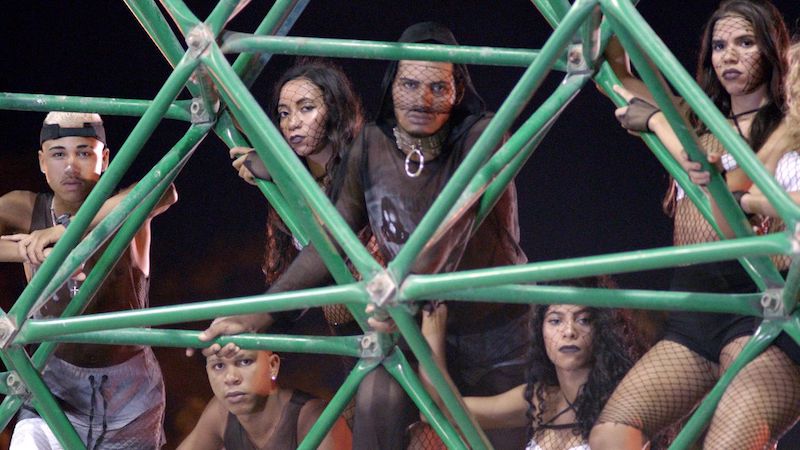 ‘Manifestations’ is Philippe Parreno’s eighth solo exhibition with Esther Schipper. It includes works spanning various media: a granular soundtrack, a CGI film, atmospheric sensors, robotic systems, computer code, ice and water. For this show, which opens during Art Week, Parreno transforms his exhibition into a “sympoïetic system”, produced collectively by the assembly of objects. Every element of the exhibition has been conceived to be connected to one another, to look at, perceive, or see one another. 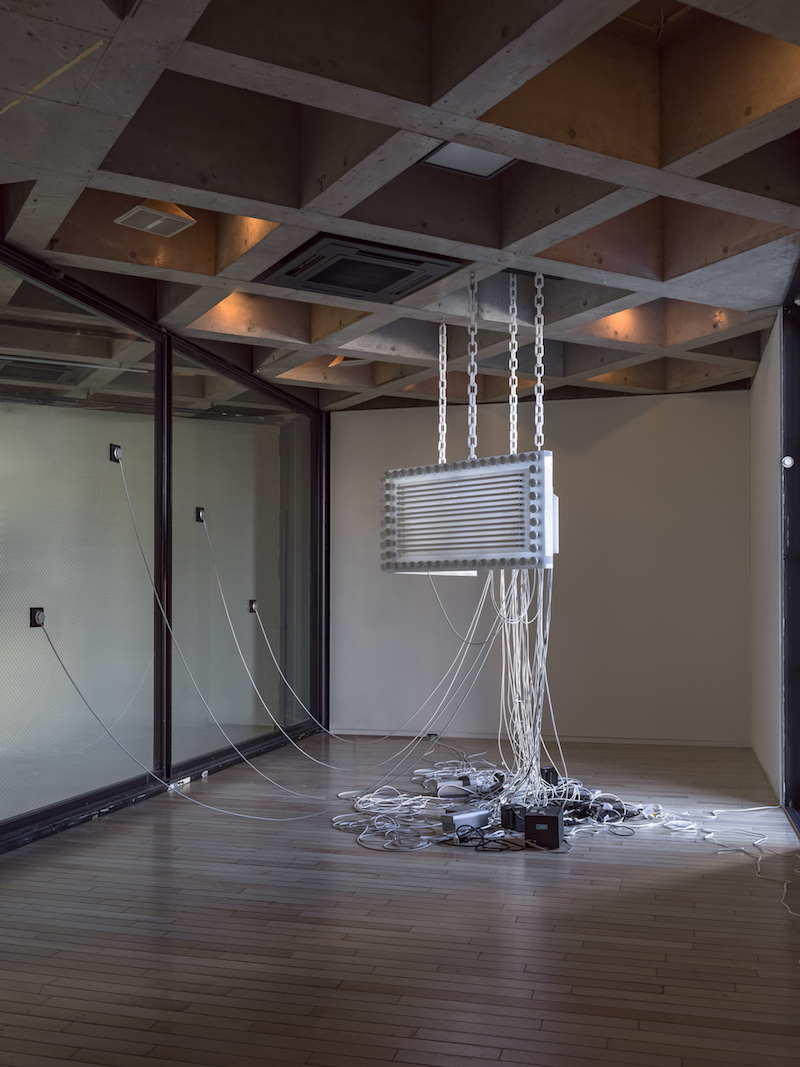 On September 12th, E-WERK Luckenwalde will celebrate its re-opening and the unveiling of two new permanent sculptures, Super Kunststrom and TRAFO. Both outdoor projects will launch from 4pm and the event is open to all and will feature live music, low-carbon food by Soy Division and free drinks. The transformed coal power plant, located 1-hour by train from Berlin, now generates renewable electricity, feeding into the national grid and available for purchase in institutions and homes. This energy has been labeled “Kunststrom,” literally meaning art power, and E-WERK runs art exhibitions and programming using their self-sufficient power supply. 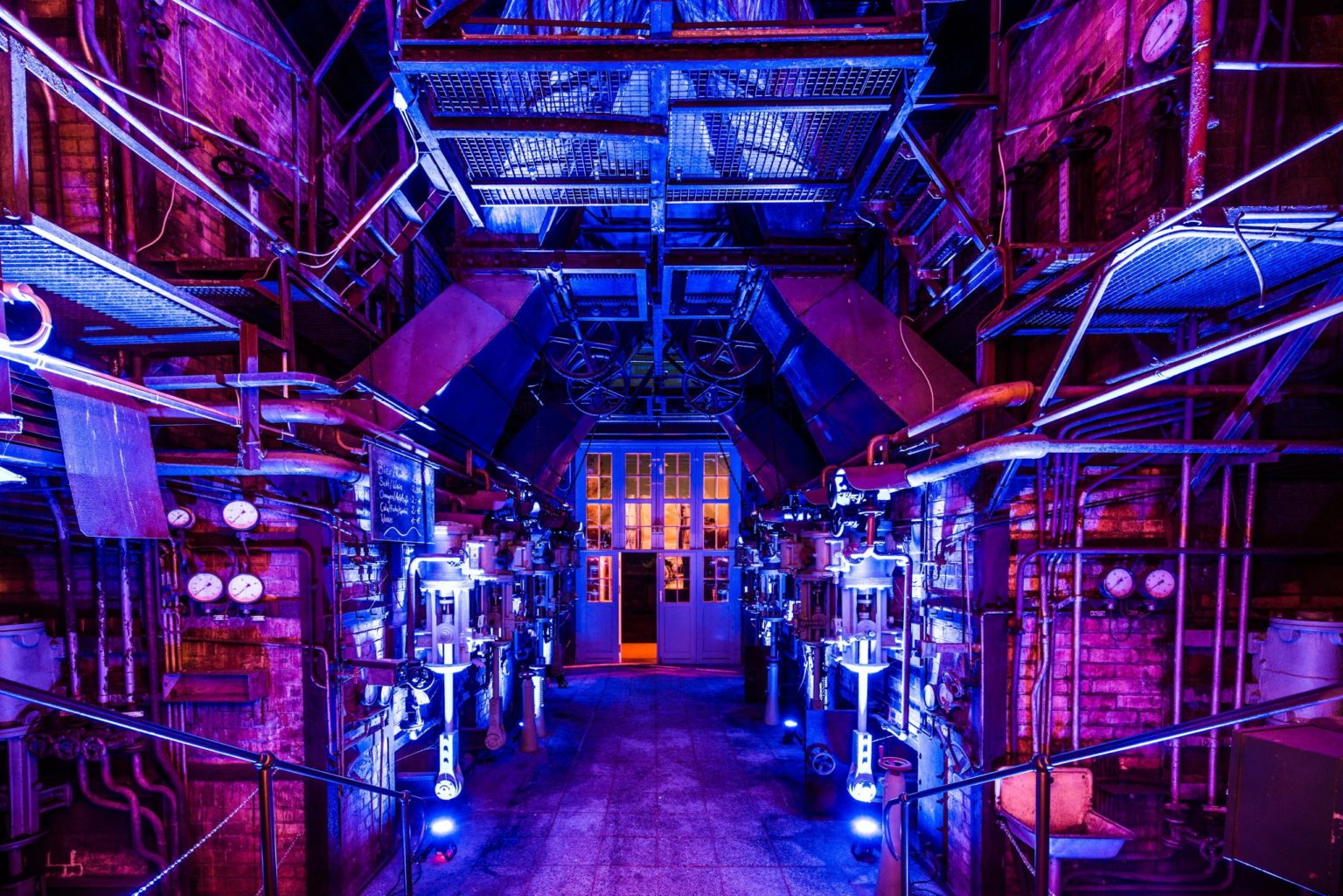 The central piece of the show is Christian Jankowski’s latest video work ‘Sender and Receiver’ (2020), which lends its title to the exhibition. In it, the artist temporarily gives so-called essential workers a platform via selected TV formats to publicly share their personal experiences and impressions of a life reality, which has been altered by the pandemic. In this way, idiosyncratic narratives emerge, which for this brief moment linger over the otherwise intact world of everyday television as a complex layer. With ‘Everyday Tasks – Sphere of the Gods’ (2019), Fluentum presents for the first time a work that is not solely dedicated to moving images. The installation includes a free-standing washing machine, with which guests were invited to clean their work-specific clothes, thus combining a visit to the exhibition with their laundry day. Overall, the exhibition deals with the main tenets of communication theory: sender and receiver, while examining what lies in between—the moment of transmission—determining the outcome of a successful dialogue or its ultimate failure. 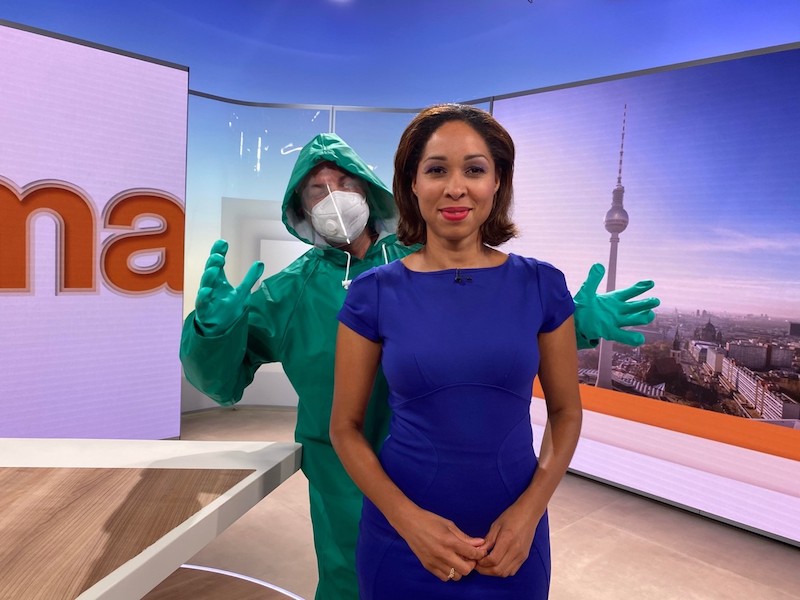 This year, ifa (Institut für Auslandsbeziehungen), in cooperation with re:publica, will be hosting its second Martin Roth Symposium from September 7th to 11th. Founded in 2018, the Martin Roth Symposium is named after one of the most notable museum directors and aims to honour his achievements. In a digital and on-site conference at the Museum für Naturkunde Berlin, international experts from the cultural, academic, artistic and political sectors will discuss present challenges facing museums, among them David Adjaye (United Kingdom), David Chipperfield (United Kingdom), Kavita Singh (India), Bice Curiger (Switzerland), Elvira Espejo (Bolivia), Pi Li (Hong Kong), Robin Reardon (USA) and Krzysztof Pomian (Poland).

With ‘Lost in America’, n.b.k. presents a group exhibition of works by American artists from 1937 to the present, which sharpens our understanding of the current political situation in the USA. A central theme is the examination of racism and its role in a neoliberal agenda that significantly influences social discourses and political decisions. Lost in America is concerned with the ideological formation of modes of production and urban planning, architecture, and design, and with the overarching institutionalization of discriminatory practices. The exhibition is curated by John Miller and features work by Michael Asher, Carver Audain, John Steuart Curry, Sam Durant, Jimmie Durham, Andrea Fraser, Dan Graham, Renée Green, Calla Henkel / Max Pitegoff, Mike Kelley, Caitlin MacBride, Jill Magid, Ken Lum, Adrian Piper, Martha Rosler, Cameron Rowland, Robert Venturi / Denise Scott Brown, Jessica Vaughn and Marisa Williamson.

The group exhibition ‘Readings From Below’ brings together works that offer less obvious, unconventional suggestions as to how to read our world, often starting with a subjective perspective, a daily environment, a particular location, or a contextual detail, only to engage us in broader social and political constellations. The exhibition is curated by Ariane Beyn and features work by Lawrence Abu Hamdan, Elom 20ce & Musquiqui Chihying & Gregor Kasper, Hao Jingban, Christine Sun Kim and Thomas Mader, Nguyen Trinh Thi, Yuichiro Tamura and Yau Ching.