In an age of visual noise driven by the rapid circulation of images and the constant influx of (mis)information on global catastrophes, the German/Russian photographer Nanna Heitmann creates photographs that allow for spaces of quiet contemplation and questioning to emerge. The breadth of Heitmann’s practice can be looked at as a series of tributaries flowing together, at the intersection of which she documents historical events, peripheral societies and untenable ecological concerns. 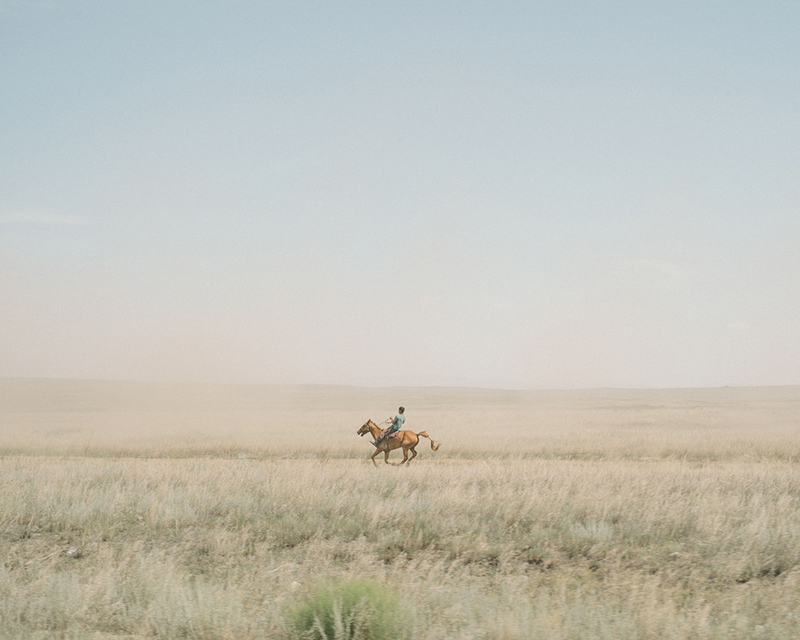 A traditional horse race of the Tuvinese National Festival Naadym in the steppe, at 43 degrees. The horses and their riders cover a distance of 30km. Seven horses died in the heat // Photo by Nanna Heitmann from the series ‘Hiding from Baba Yaga’

Heitmann presents her collaborators with a keen sense of photography’s role in myth production. What the documentary tradition attempts to disavow, Heitmann foregrounds as a tool to insist upon the real, lived experience of societies on the frontier of being forgotten. Whether it is the people who inhabit the lands along the Yenisei river in her ongoing series ‘Hiding from Baba Yaga’ or chronicles of Germany’s last coal miners in ‘Weg vom Fenster’, Heitmann’s subdued color palette, careful framing and attentive sequencing provides space for contemplation and reflection on histories of land use, industry, energy consumption and militarization.

Heitmann’s ‘Hiding from Baba Yaga’ is prefaced with folklore, an excerpt from ‘Baba Yaga and the Girl with the Kind Heart’. It’s a tale of a young girl, Vasilisa, who, in trying to escape the witch Baba Yaga, uses magically imbued objects resulting in the formation of the Yenisei river and surrounding taiga. The region of the Tuva Republic—once a place where nomadic people sought self-determination and the protection of the terrain—was never able to fully escape the grip of industrialization under the Soviet Union. It became a site of forced labor camps, persecution and exile under Stalin, the land contaminated by toxic radioactive waste and the river diverted into two massive and ultimately destructive dams. The mighty taiga appears weakened in Heitmann’s images, as recurring fires leave behind a trail of charred limbs and blankets of smoke. Her ongoing project ‘Hiding from Baba Yaga’ is a veritable testament to the lives inextricably linked to the Yenisei river, itself an ecological precarity hanging in the balance. 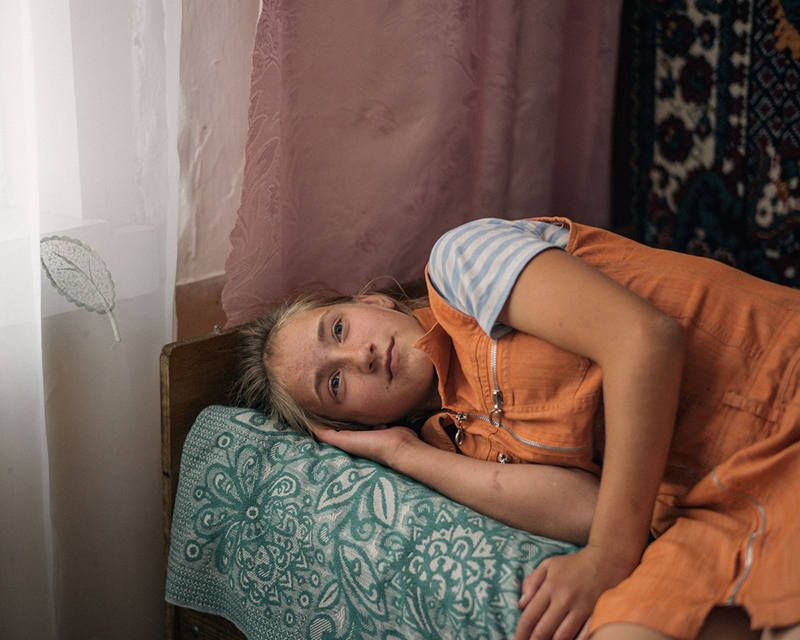 Nanna Heitmann: The girl Vaselisa in the village of the Old Believers. Her parents are both deaf and dumb and the only unbelievers in a village that lives strictly to century-old rituals. Her only friend lives in the village of Sissim. The summer holidays over the Yenisei and a walk separates them from each other. “Once we’re together again, we’ll be holding hands all the time.” // Photo by Nanna Heitmann from the series ‘Hiding from Baba Yaga’

Heitmann mounts a pointed critique of power, militarization and systems that engender exploitation of both the laborer and the environment. Central to Heitmann’s photography is the looming presence of environmental devastation and the inescapable ramifications—past, present and future—of human action/inaction. Her concern for the ecological and human cost of these crises is explicit in her apt depictions of the various landscapes she documents. The way she deftly frames these sites is in sharp contrast to the warmth and empathy found in her portraits of people trying to coexist with their environment, both having been subject to exploitative practices for generations. Derelict industrial structures, dams and imposing oil fields appear as malignant encroachments on vast expanses of terrain. Military people in uniform appear just as inhuman and invasive in Heitmann’s ‘Rehearsing for a possible Shadow War’ (on assignment for the New York Times). One striking image is of blue sky filled with cumulus clouds, it would almost be idealistic were it not for the swarm of parachutes descending down, vultures in preparation for potential conflict in proxy locations throughout Eastern Europe. History repeating itself. 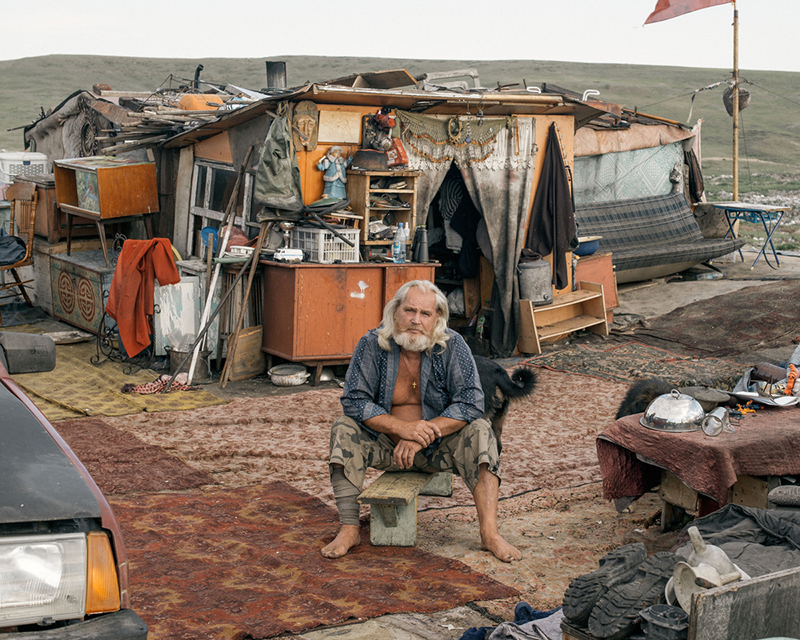 Nanna Heitmann. Yuri in front of his self-built home. “I am a simple worker. Nothing keeps me more in the city. All my friends are in the cemetery. Drugs or alcohol. Here the air is clear and not dirty from all the coal dust in the air. // Photo by Nanna Heitmann from the series ‘Hiding from Baba Yaga’

Despite the limitations of photography, Heitmann’s images provide a point of entry for historical understanding of events that stand the risk of being lost to the realm of myth. The photographs weave together a larger narrative of the politics of the environment and its impact on the histories of people bound to these sites.

Nanna Heitmann is a nominated member of Magnum as of 2019, and was recently presented with the Leica Oscar Barnack Newcomer award. Her work has been published in National Geographic, New York Times, Washington Post and Time magazine. Heitmann’s series ‘Hiding from Baba Yaga’ is on view alongside Mustafah Abdulaziz’s series ‘Water’ at Capitis Studios, as part of the European Month of Photography Berlin.

Part of European Month Of Photography