Entering into Ambera Wellman’s exhibition ‘Logic of Ghosts’ is much like stepping through the looking glass. Customary white gallery walls—perfect for projection and preconceptions—are transformed into a deep violet and white matrix. The resultant optical effect confronts the visitor, overwhelming the visual plane, distorting peripheral vision. Space appears to recede and merge. This is no decorative novelty trick: the transformation of space (forgotten space, meant to be absent) reveals the invisible, rigid structures behind visual and spatial orientation. Representation has traditionally been mapped out onto the logic of an (unseen) grid. Wellmann’s paintings—positioned slightly off-center of the matrix—refuse to sit politely within these rectilinear boundaries. The figures in ‘Less Like Ourselves, More Like Each Other’ are pushing against the side of the canvas, directing movement outwards, as if wanting to be outside of the frame, outside of its container, floating between bodies. Lines attempt to impose faces, hands or legs; Wellmann’s polymorphic forms resist the demarcation. 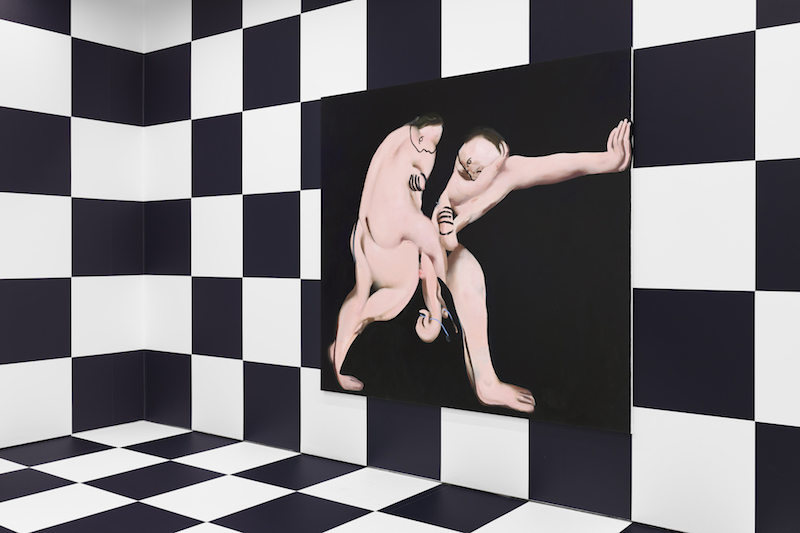 Wellmann’s paintings challenge conventions of art history, even as its canonical phantoms echo throughout the work. ‘Sharpless’, with its deep red background and horizontally-oriented bed, mirrors the theatricality of Caravaggio’s ‘Judith Beheading Holofernes’. Multiple temporalities exist within ‘Sharpless’, contradicting Caravaggio’s desire to capture the moment of heightened dramatic impact. Here, the figure is already headless, yet the sketching on top of the painting suggests that the body has been repositioned numerous times in this space. The action has yet to happen and has already occurred. ‘Glance’ appears to have bent the line of Matisse’s ‘Red Room’, curving it into a vase. The container tries to hold the blue floral motif, body parts, eyes, but the forms push back, relentless in their escape from the vessel forced upon them. The eyes, vertically arranged on the canvas, glare back at the viewer, accusing. The work of liberating these bodies from an authoritarian logic of heteronormativity is the responsibility of the one seeing, in as much as they can imagine something outside of their own conditioned knowledge. 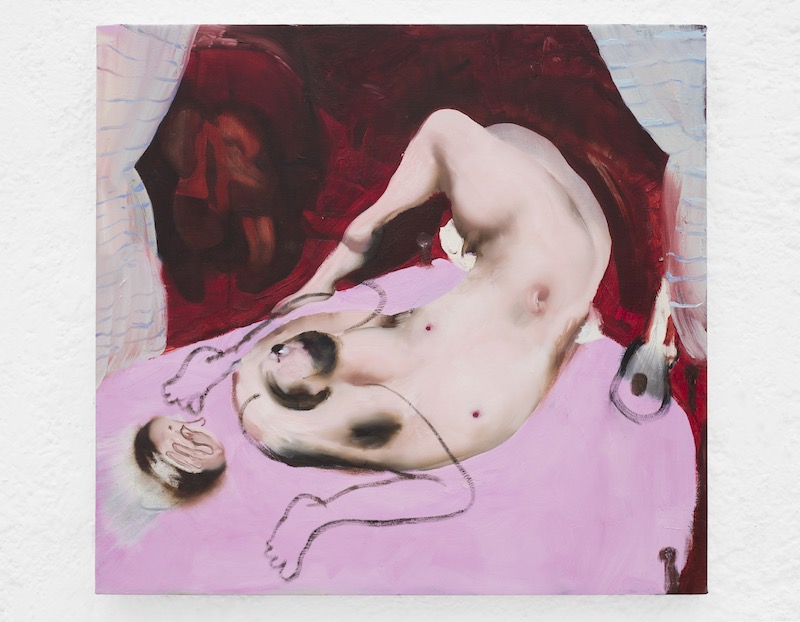 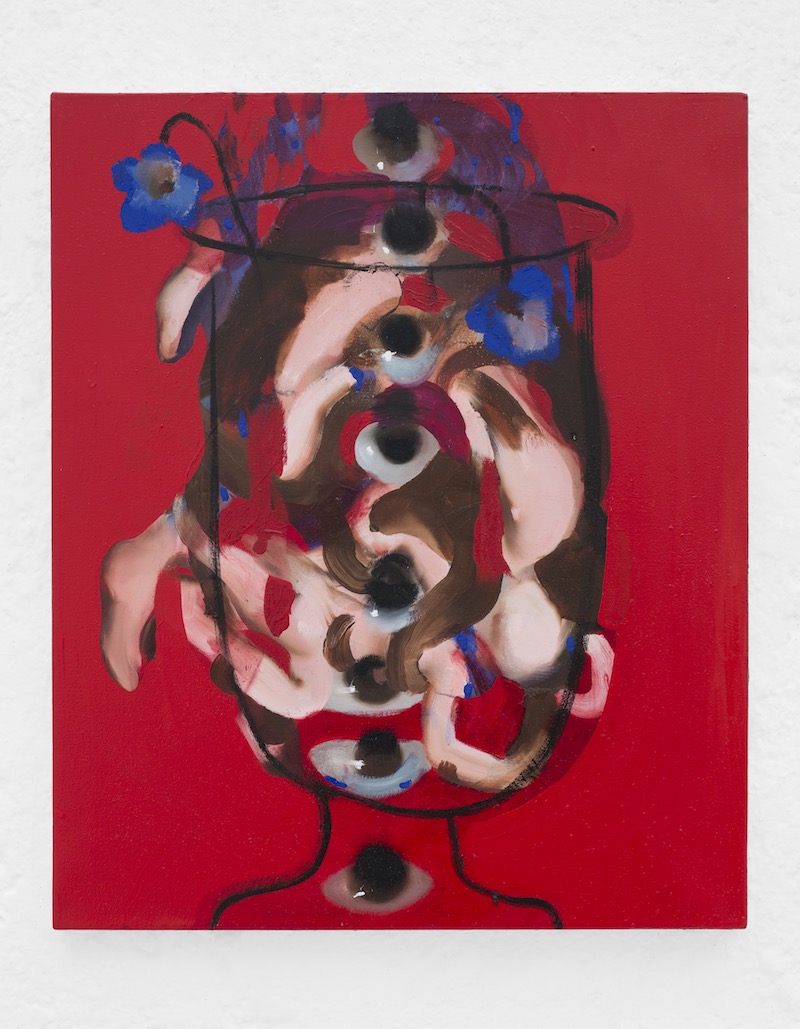 Wellmann is an expert in the uncanny. She uses it as a tool, challenging naturalized binaries embedded in dominant cultural logic. The desire to apply a singular definition to a pictorial subject is disrupted throughout ‘Logic of Ghosts’. ‘Tragic Magic’ takes the subject matter of still-life and grafts the fruit and flowers into an indiscernible mass, the seeds promise reproduction of this new kind of becoming. ‘Scissoring’—a double-entendre—denotes Wellmann’s methodology of grafting a section of another painting onto another canvas, the gesture creating a rupture on the surface. The body parts appear to be at once interlocked and running away. This motif of scissoring is imperceptibly repeated throughout the gallery: drawn inside each purple square is the image of two women scissoring, however it is so faint that most viewers will pass by without knowing. The move allows for questioning how hierarchies of vision are prioritized. How often does an audience inspect the writings on the wall? What meanings and inferences remain unseen because awareness is absorbed on a singular focal point? 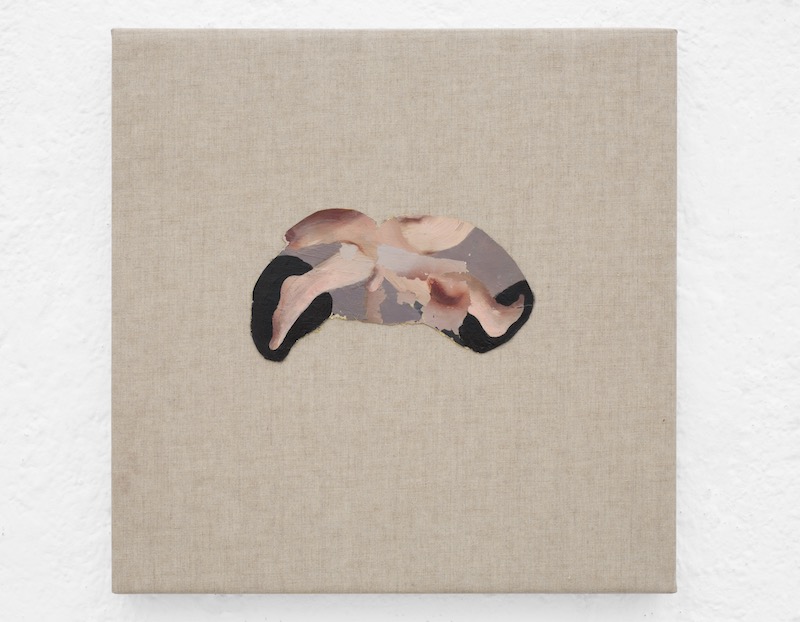 ‘Logic of Ghosts’ expands upon Wellmann’s artistic practice, bringing her explorations of internal spaces and amorphous figuration into an exciting, challenging territory. What is clear in ‘Logic of Ghosts’ is that outside the imprisonment of embedded cultural logic lies the possibility of a queer futurity, one where the body, self and mind can undergo many permeations and transfigurations without being reduced to a single container or definition of being. Perhaps there is indeed a new logic to be found in the unearthing of phantoms. 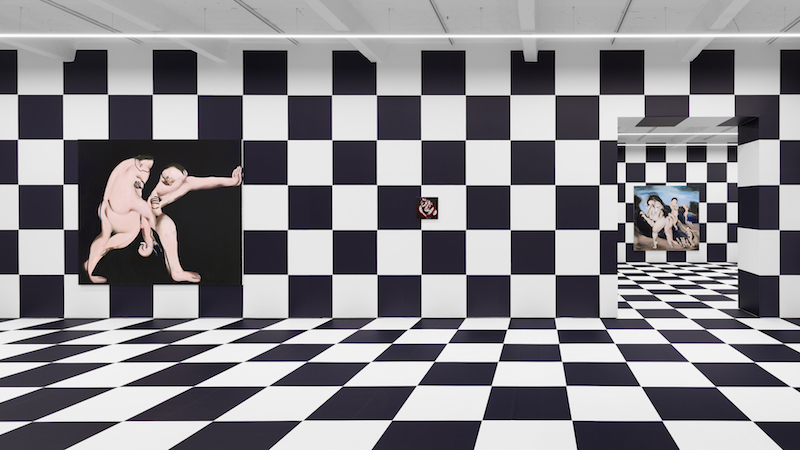