After waiting in a long, nightclub-style queue, we enter Copenhagen Contemporary into a scene filled with building materials and leftovers from former exhibitions. We are guided by a monumental neon sculpture of the classic Disney character Tinkerbell, which illuminates and reflects off of a low stage in the gallery’s centre. The stage is covered in mirrored vinyl and features a large pole installed in the middle, while ballet bars line the surrounding walls. Performers enter one by one for the 50-minute durational performance, briefly dancing alone until the entire ensemble of 10, including the Danish artist behind the event, Esben Weile Kjær, is assembled. 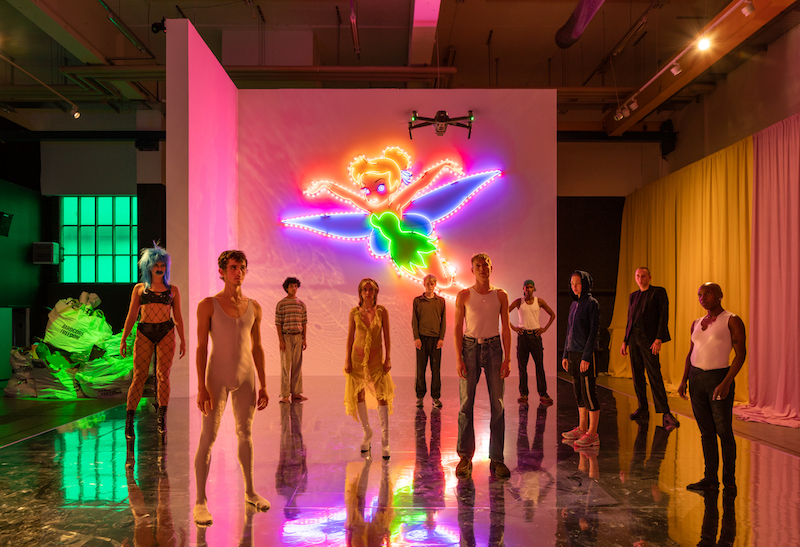 Presented in a series of unique performances, ‘HARDCORE FREEDOM’ feels part way between a party and uprising, the improvised nature of each performance resulting in the changing character of the exhibition throughout its run. The performance, originally intended to last for two hours, has been shortened and edited to comply with increasing restrictions in relation to the COVID-19 pandemic, and seating has been introduced for the audience (who were originally meant to move around the room). What results is a strange sensation not unlike watching a party unfold completely from the sidelines, being unable to join or engage with the many happenings around oneself. 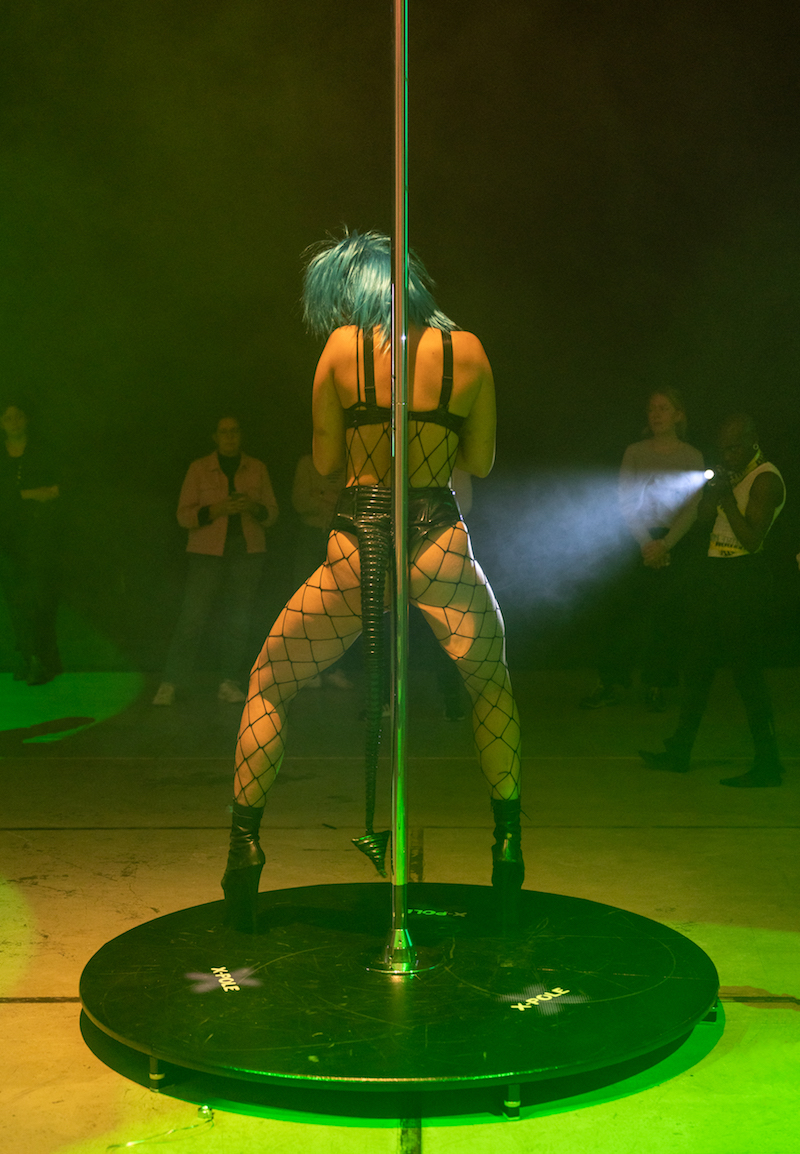 Weile Kjær’s world is large and expansive and highly referential and stylized, drawing inspiration from everything from musical subculture (Detroit techno, 90s rave culture and poppier EDM) to various choreographic styles (pole dancing, ballet, improvisational) and the aesthetics of commercial fashion photography. Characteristic of Weile Kjær’s work here is the ways in which he captures the aesthetics and imagery of contemporary millennial life in their most cynical and nihilistic forms: branded streetwear, hand-poked tattoos, shareable images and the omnipresent iPhone.

Weile Kjær’s built environment blurs the boundaries between nightclub and art institution through its use of architecture, colourful lighting and reflective elements, textiles and loud music. Like the nightclub, the resulting scene brings with it a form of liberation from self-consciousness, though we quickly realize the performers are never totally free: more cynical themes that plague our generation—like alienation and FOMO (the fear of missing out), self-staging and the performance of self and generational anxiety—are contrasted with the ecstatic and joyful celebratory nature of the music and the performance itself.

Highly improvised, ‘Hardcore Freedom’ does not feature a driving narrative and is instead arranged into a series of thematic sequences. There is an awareness by the performers that they are constantly being watched by the audience and their cameras, their gestures, present themselves in a series of vignettes or “pictures” perfectly captured in still images, echoing the ways in which the “self” is often performed within social settings. 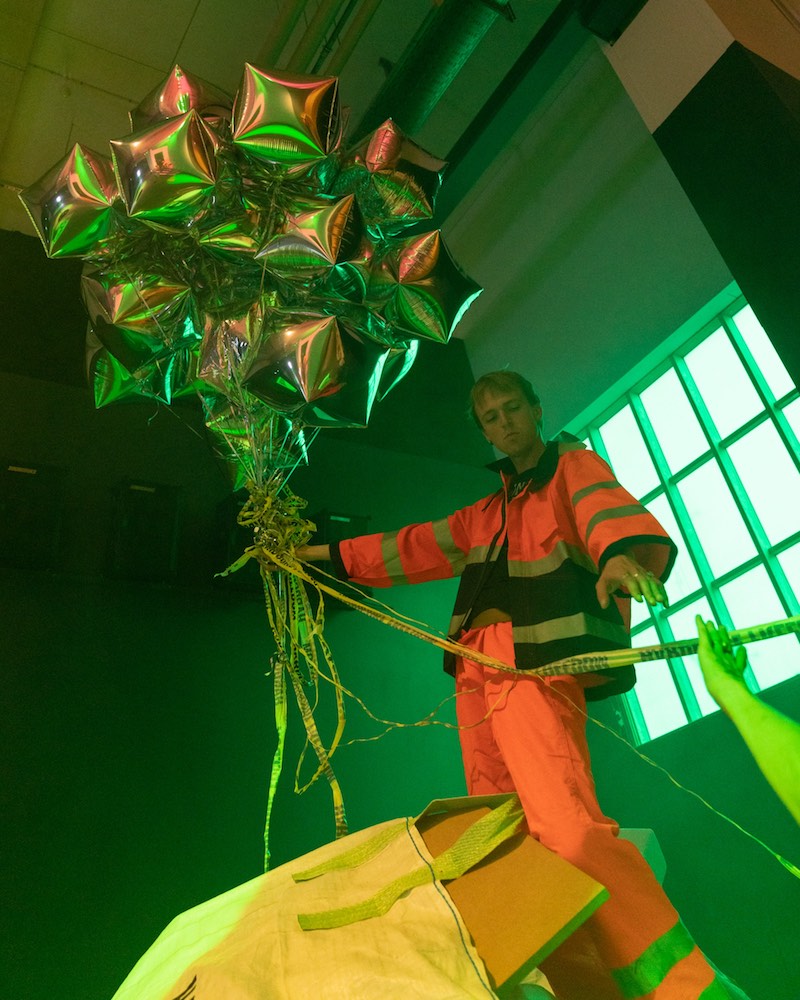 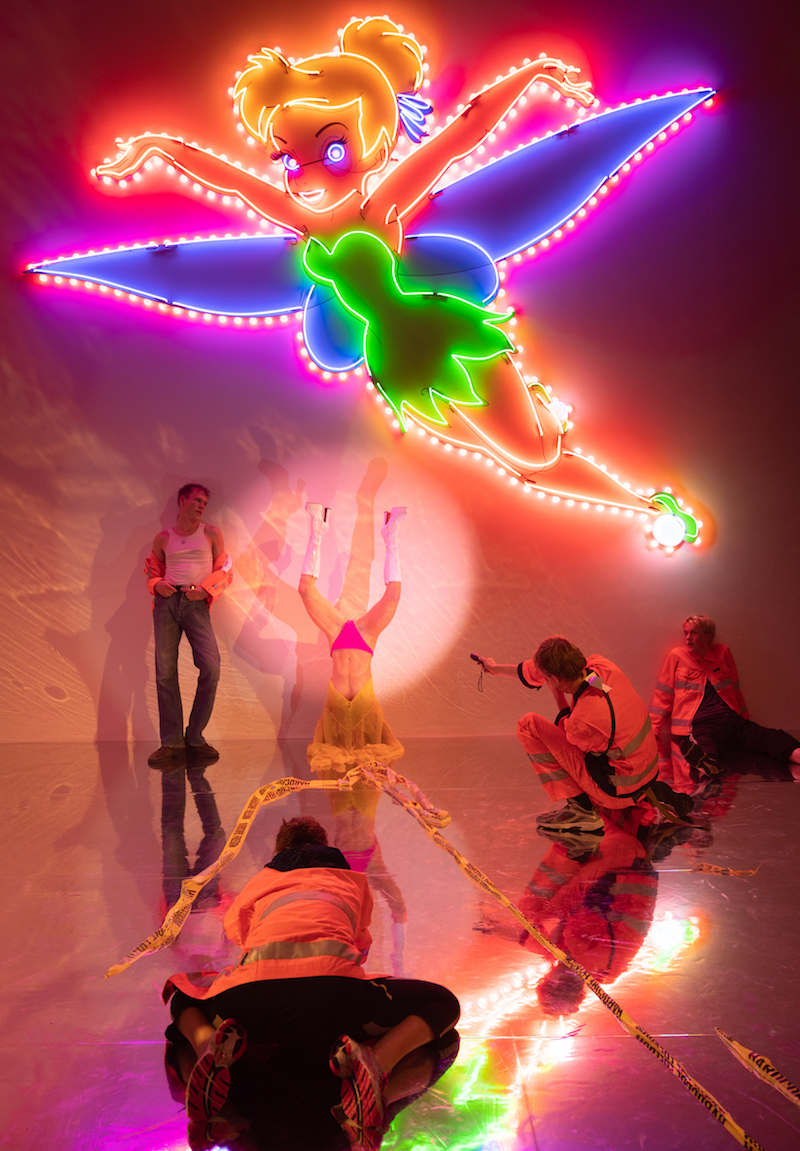 The organization and distribution of the various performed actions ensures that there is no way in which the viewer can take in the entire performance, and the audience is then left with the feeling that they are always missing out on something. This FOMO is only amplified by the socially-distanced seating arrangement and the performers who record their surroundings from their own point of view, while the previous night’s footage (or, “last night’s party”) is projected onto a large screen. The performers work against restraints of their own making, as they wrap each other, the stage and the audience in yellow barricade tape inscribed with the words ‘Hardcore Freedom’, as the chaotic scene of largely spontaneous movements unfolds.

The audience does not experience a fully-realized piece so much as a series of improvisational and fleeting aesthetic encounters, not unlike a video or photo shared on an Instagram story. And no matter how much fun it looks like they are having, we are reminded that they are in the end always performing. In the context of this party, Weile Kjær further explores the idea of Western individualism and what “freedom” means to a generation that has been characterized by their unprecedented access to it in virtually all aspects of their lives. We are reminded, however, watching the performance unfold, that this same freedom comes with great personal responsibility in the form of individual pressure and expectation, as millennials have been similarly plagued by unprecedented mental illness like anxiety and depression. 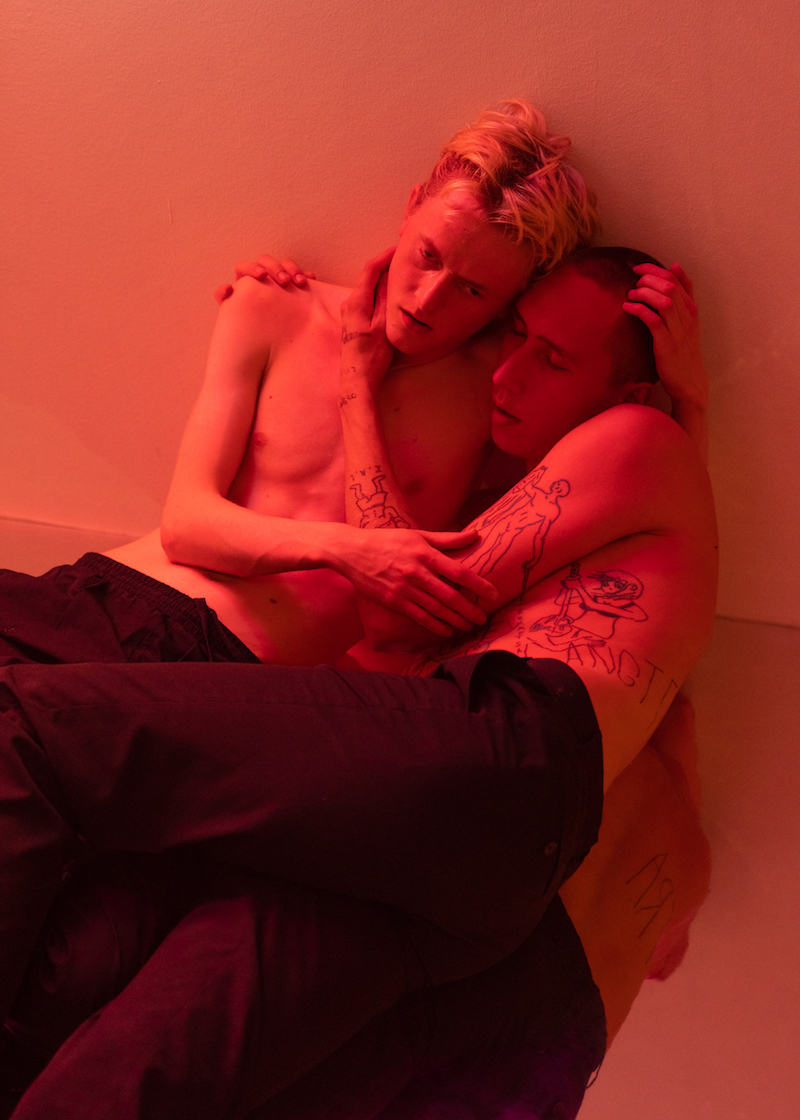 With ‘Hardcore Freedom’, Weile Kjær has created a world that feels both escapist and also nostalgic, where one is reminded of a not-so-distant past in which we could exist within a space without limits. Though as the performance comes to an end and we leave our socially-distanced seating arrangement, the feeling as an audience member of being outside of this party is only amplified, as the restrictions created to comply with the ongoing pandemic make it impossible to feel the same kind of freedom as the performers. As a result, the more cynical themes and aspects of the piece are brought to the fore: maybe they were never really free in the first place.