Agony is primarily defined as the intense mental and physical suffering typically before death, though Its definition also implies the passage between one state to another, the struggle before death and, potentially, the birth of something new.

In the latest exhibition ‘MS AGONY’ by American artist Bunny Rogers, currently on view by appointment at Société Berlin, Rogers grapples with identity and addresses themes of sensitivity and vulnerability, friendship and community (online and IRL) and alienation and outsidership: all through the lens of her childhood. 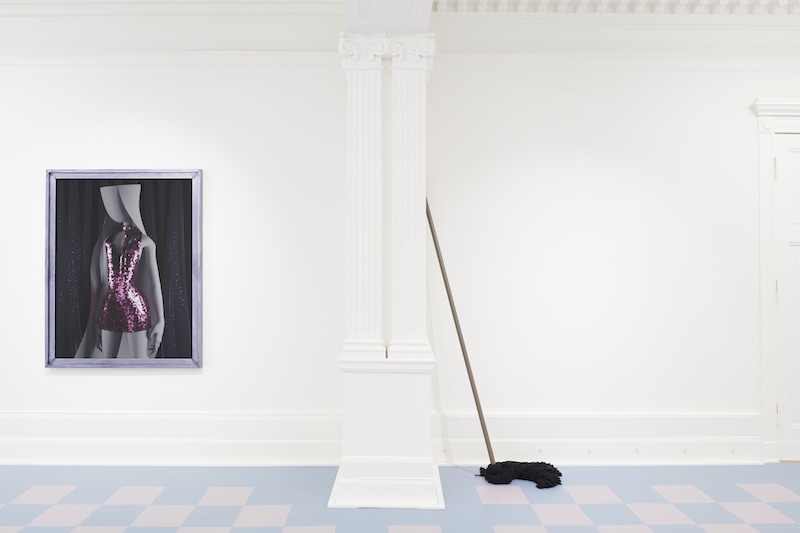 In her latest installation, Rogers has transformed the gallery into a chessboard, depicted in her signature pastel colour palette of pink and blue squares. A new series of cement sculptures named after the action-RPG video game Minecraft resembles chess pieces and adorns the gallery’s checkered floors. The sculptures feature an art historical reference in the form of a purple rose, which Rogers has cemented, prolonging its lifeforce.

However, the floors also mirror the checkered hallways of Columbine Highschool, the infamous site of the 1999 school shooting in Littleton, Colorado. Rogers was just 9 years old at the time of the massacre, in which Eric Harris and Dylan Klebold went on a shooting rampage that resulted in 15 dead and 24 injured. Rogers remembers the ubiquitous media saturation surrounding the event well, though she wouldn’t fully understand the gravity of the situation until adolescence, when she would delve into the many online forums, police records and crime scene photographs and thriving subcultures dedicated to the event while studying at Parsons in 2008. 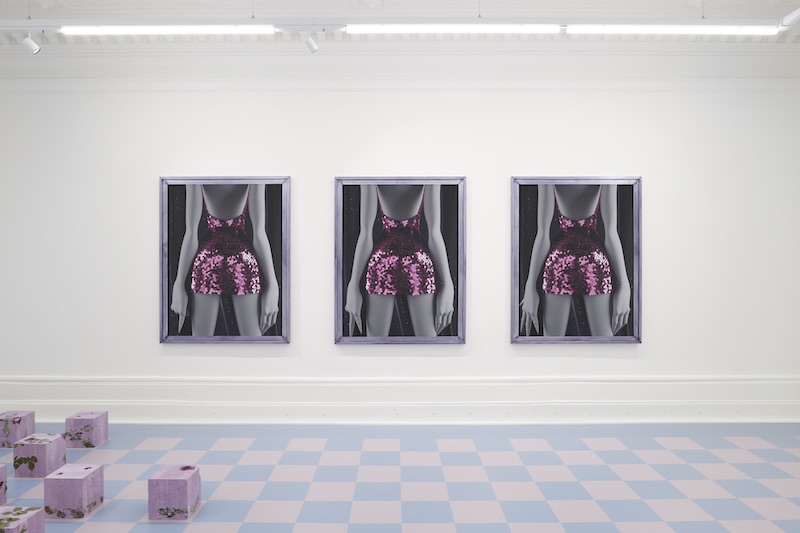 Rogers was traumatized by the coverage of the shooting, and it has been a central and recurring theme in her practice since she began exhibiting work in 2010, most notably in previous shows at Société, ‘Columbine Library’ (2014) and ‘Columbine Cafeteria’ (2016), as well as shows at Greenspon Gallery, and the Whitney Museum of American Art, where Rogers dissected, among other themes, the communal nature of processing highly-mediatized trauma (and also its fetishization).

Though here the imagery is less overt than in previous installations and mostly alluded to, viewers are left to piece together stories through different aesthetic fragments, such as an oversized mop in the corner, mirroring the ways in which we process, flashback and return to trauma, trying to fill in holes and piece things together from the same information and timelines.

The exhibition also features a new series of Rogers’ self-portraits in the likeness of Joan of Arc, the artsy goth outsider character from the early 2000s animated series ‘Clone High’ (itself a reference to the French heroine and martyr) who Rogers related to as an adolescent. Rogers uses the character as a sort of avatar for herself, but here her 3D renderings have been further abstracted than in previous iterations, the portraits appearing faceless. The character wears a sequined Tom Ford dress from the early 2000s, one Rogers may have envisioned on herself as a teenager, the self-portraits appear not unlike portraits one might find lining the walls of a high school hallway. 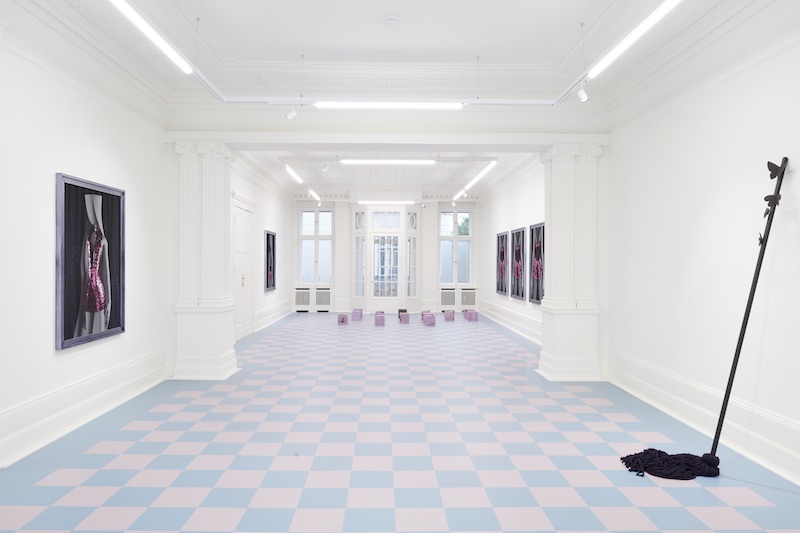 Elsewhere in the exhibition, the words ‘Primordial Maude’ are framed and immortalised in a star on the Hollywood Walk of Fame. The name Maude references Maude Pie, Rogers’ favourite character from the children’s television series ‘My Little Pony.’ Surrounding the star is a fence covered in barbed wire. Childhood innocence (not yet lost) is often viewed through a binary of purity, something black and white, something temporal that can be taken away or robbed abruptly and must therefore be protected. As writer Sianne Ngai argues in her book Our Aesthetic Categories: Zany, Cute, Interesting: “Cute things evoke desire in us not just to lovingly molest but also to aggressively protect them.”

In ‘MS AGONY,’ Rogers further deconstructs the highly-idealized idea of the purity of youth and innocence, providing a more nuanced idea of youth in the age of the internet. Loosely tied together references of tragedy, everyday objects, internet forums and television shows create their own idiosyncratic narrative worlds, and desire, loss and longing are explored through the image of the chess board (which perhaps in itself can be seen as a reminder of the prevailing media narrative of the responsibility of violent video games to blame for the massacre). Further, the chess board can be seen as a metaphor for the navigation of life itself and the never ending cycle of the struggle to survive and the skill and strategy it takes to get through life.

A second chapter of the exhibition will be on view at Thaddeus Ropac, Salzburg in January 2021. 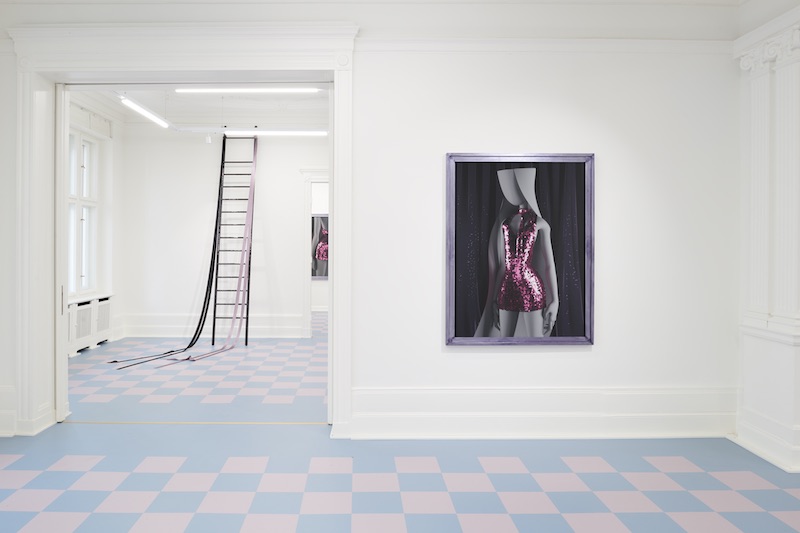