This article is part of our artist SPOTLIGHT series.

Lucas De La Rubia’s multidisciplinary work underwent a transformation during his recent residency at Institut für Alles Mögliche. Spending two months in Berlin during lockdown encouraged De La Rubia to collaborate with the natural textures of the city. Based in Madrid, he describes his practice as being concerned with “limits, borders, power relations, contradictions and occupations.” His exhibition ‘Humboldthain’ was the product of this residency, which De La Rubia spent collecting materials and examining the textural tensions of Berlin. The exhibition, also held at Institut für Alles Mögliche, consisted of three sculptural works, three line drawings and two photographs. 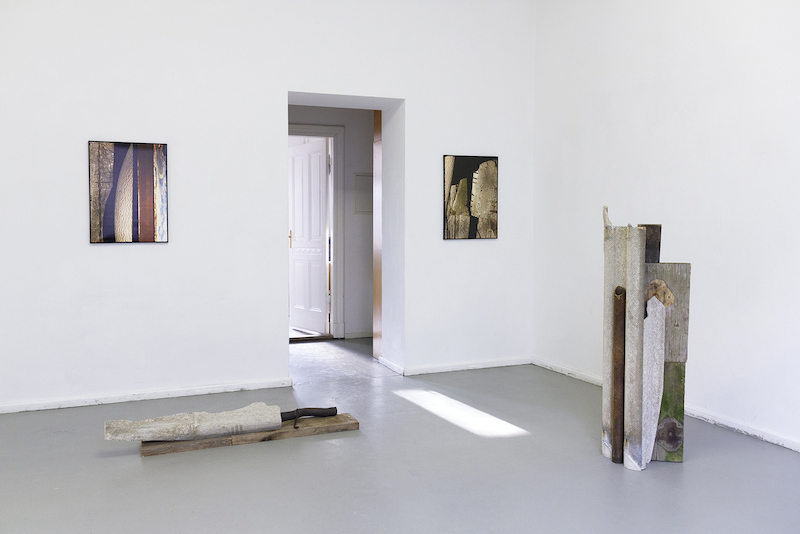 De La Rubia, who began his career as an illustrator, returned to his origins for this residency, creating intricate line drawings of the ruined bunkers in Humboldthain park. These delicate drawings on wood, made from trees found in the park, evoke the tracing of ancestry, or a cartographer’s sketch, and introduce the textures and materials of the park to the studio. The sculptural components of the exhibition were built from things De La Rubia had searched for in the city. The artist categorises the materials that he comes across as things he has sought, as opposed to things he has found, first conceiving of the components needed and then relying on the streets of Berlin to provide them. As usual, they did not disappoint. Featured were the debris from New Year’s Eve fireworks, a car exhaust pipe, reinforced concrete and wooden pallets stamped with “DE.” The work is a material collage of his experiences in the city. 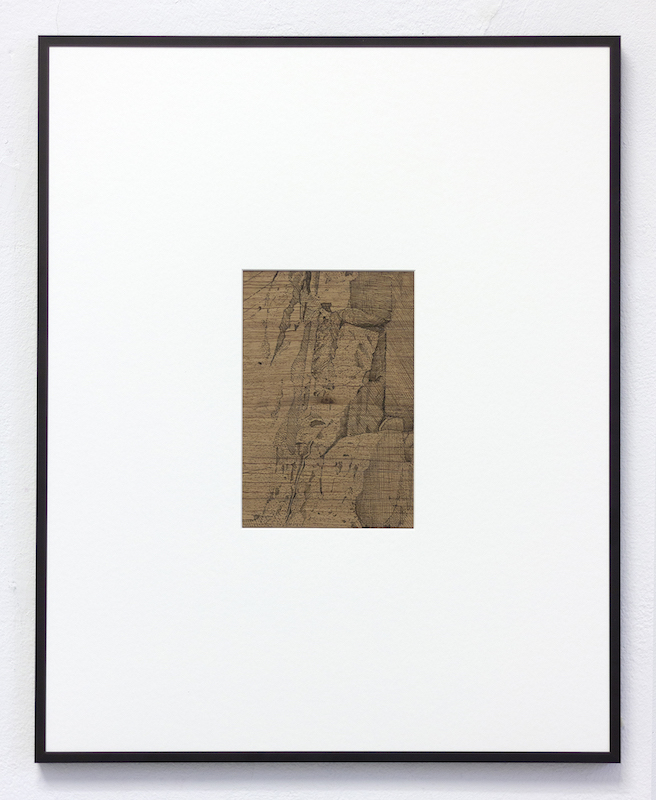 De La Rubia’s experience of Berlin was of a city in lockdown. A feature of the residency is living, working and exhibiting in the studio space. His decision to collect materials from the city allowed him to invite the lived urban experience into his domestic space. One of the only ways De La Rubia was able to engage with the inhabitants of the city was through this material culture. The act of collecting and constructing the works was an attempt to understand an empty city through the things that were left behind. 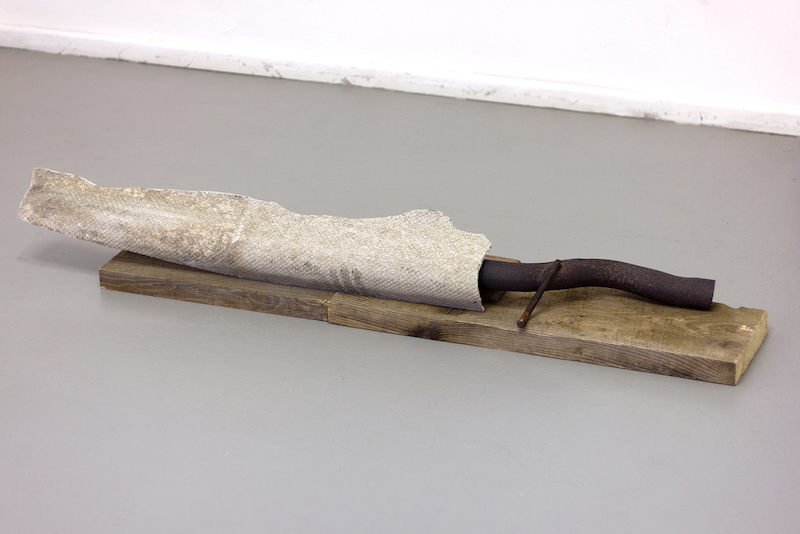 ‘Humboldthain’ was a natural progression of De La Rubia’s work to date. Taking his understanding of himself as a starting point, De La Rubia’s work focuses on highlighting the harmony that can exist between disjointed parts of the self. Berlin as a city exists in many contradictory states, including socioeconomically, politically, temporally and culturally. The bunkers of the past lie ruined in the state-funded park, the spent fireworks line the empty streets.

De La Rubia’s earlier sculptural work captured this idea through his exploration of different materials, namely concrete and wood. He introduced the element of chance and improvisation into what was otherwise a heavily-designed material by pouring concrete blocks with plastic embedded in them to produce anthropomorphic waves of pattern. What might be expected to turn out as a perfect grey block becomes a surface surprised by its own texture. Similarly, ‘Humboldthain’ captured the ways in which the future is bound by the actions of the past. The artist is indebted to the people who left materials for him to create with, the park is bolstered by the bunkers; what was once a space suited for wartime becomes a space for leisure. Conflicting ideas live symbiotically throughout the city, working temporally and materially together towards a coherent narrative. 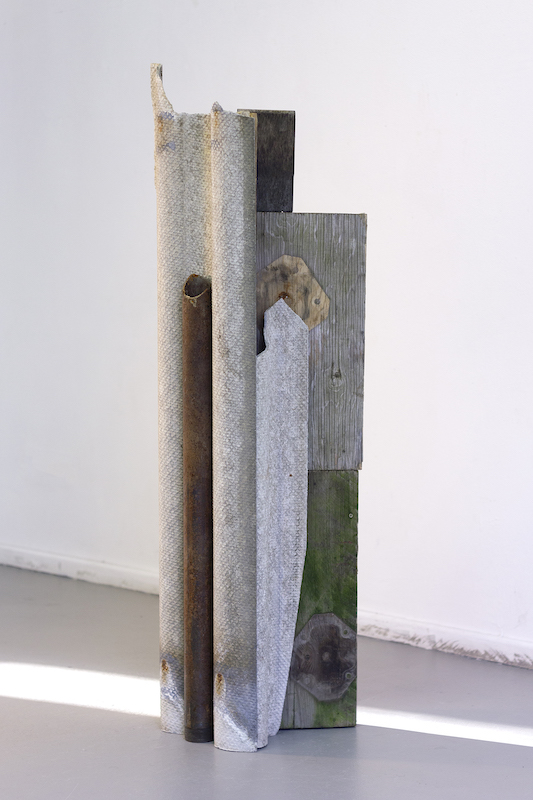 De La Rubia’s work is in pursuit of the synchronicity of contrasting ideas. By collecting these contradictory moments of Berlin and returning them to his studio, he creates a harmonious exploration of coexistence. While his previous work was primarily sculptural, De Le Rubia’s recent shift to interdisciplinary work highlights the dynamism of media that is at the centre of his practice. His exploration of the material culture of Berlin and its relationship to time is a welcome proposition for thinking about the present moment.