Come and gather around this fire. Matti Aikio is going to tell a story. We are inside his lávvu, a Sámi tent. The crows are cawing, and when a raven can be seen or heard, it often means something is going to happen. The wolves are howling. We will also hear the voices of Aikio’s nomadic ancestors evoked, which will remind us of what their life was like in the past: how the shamans performed rituals such as bear hunting, or how they respected the lives of animals, even those that were harmful to their livestock, such as the wolves, the Gumpe. Humans had to adapt their life to nature and submit to it.

The relationship between the sacred and the daily, together with the wolf, is one of the issues at stake in Aikio’s latest installation, entitled ‘The archives of Matti Aikio: The idea and image of nature and why self-determination of indigenous peoples is so crucial for all of us,’ which also criticizes the marginalization of Sámi communities by the Nordic countries’ government policies. Indigenous ways of life, and with them, their culture, traditions and rituals are disappearing at the rate at which their lands are shrinking and the Arctic ice thawing, or the rate at which tourists are increasingly willing to pay to see a false representation of Sámi folklore. We talked to Aikio about all of this, as well as the fight for indigenous self-determination that underlines it. 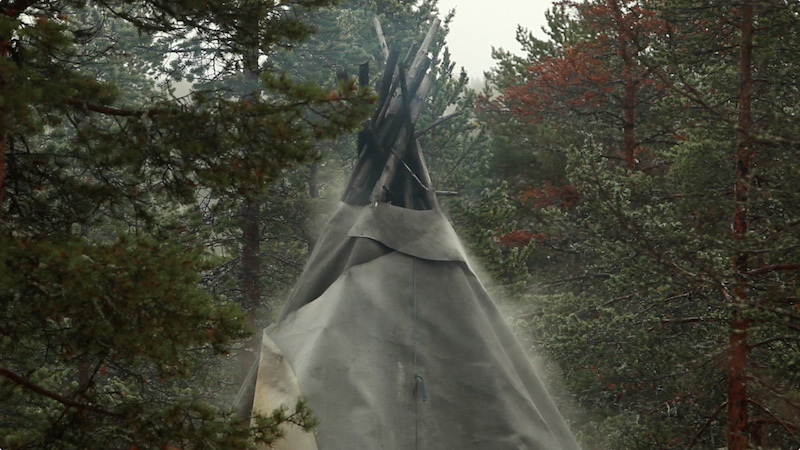 Juan José Santos Mateo: Let’s begin with the work that you showed at the Barents Spektakel Festival in February this year. It involves both a mythical and real presence in Sámi culture: the wolves. The Sámi are an animistic culture, and it is humans who should adapt to the animals and to nature, not the other way around. What did you want to reflect on in this exhibition?

Matti Aikio: It is part of a longterm work-in-progress. It began years ago when I understood how unjust the national large carnivorous conservation policies were towards the indigenous Sámi people. In short, this means that at the same time as Sámi reindeer herders are losing more and more natural pasture lands because of industrial development—forestry, dams, mining, tourism, even wind power parks—the Sámi have also paid the price of nature conservation. So, when whole ecosystems are being destroyed in the name of development and “creating jobs,” nobody needs to pay fines or go to prison, but when a Sámi kills a wolf in order to protect their herd, their culture and their livelihood, they might end up in prison. This research has led me to look into very interesting questions, as I tried to better understand my own people’s—the Sámi people’s—relationships to nature. The project has a lot to do with that.

It is trying to ask, and sometimes answer, questions like: why are indigenous groups and nation states constantly in conflict? What does this conflict signify? A famous Finnish sociologist once said that the conflict between the state and the indigenous groups only means that the assimilation process has not yet been completed. One of my conclusions is that the nation states, the Nordic countries, have a schizophrenic relationship with nature. On one hand, nature is seen as a resource that can be endlessly exploited. At the same time, it must be protected, but protected like an image, based on aesthetic choices focusing on symbolic species rather than trying to understand nature as whole, as an ecosystem. So, for the indigenous peoples, it does not make sense why the states are protecting wolves at any cost, while at the same time old-growth forests can be endlessly destroyed. 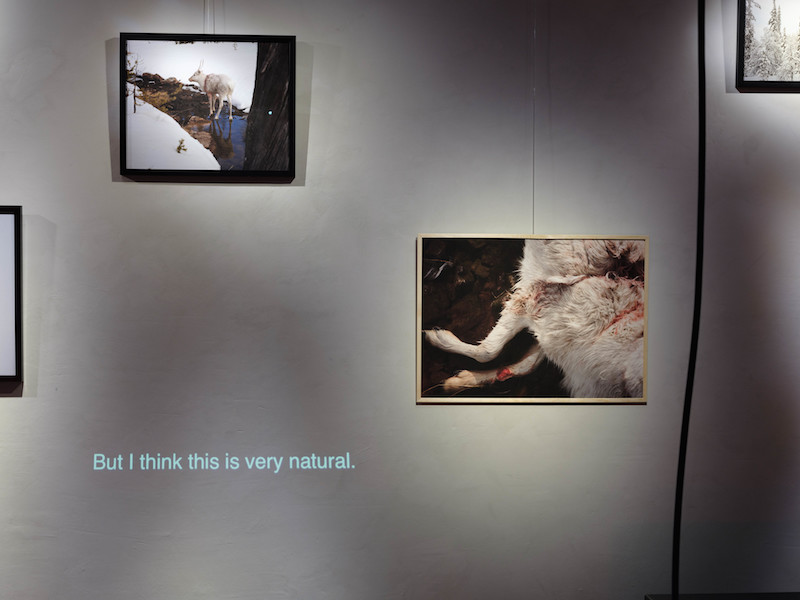 JJSM: In the video titled ‘Dohkkáhehkka vol. II,’ a doll with Sámi clothes, trapped in plastic, hangs from the ceiling while a voice becomes exhausted and then transforms into a chant. Does this work represent the end of a culture, its own exhaustion?

MA: The name ‘Dohkkáhehkka’ literally means “doll cage.” It refers to an ethnographic exhibition in Rovaniemi in the 1980s. But this exhibition had a very critical perspective, especially towards the already then increased cultural appropriation of Sámi culture in the tourism business of Finnish Lapland. This phenomenon, in my opinion, has been harmful to Sámi people—also politically—and is still ongoing. So, for me, this work also represents, on some level, the end of a different culture: the ongoing cultural genocide. But it can be read in different ways.

One possible way to approach it is to think about how it seems that Sámi culture is always regarded as something positive, when we are wearing our colorful clothes and performing for tourists and other audiences. But when we start to discuss the importance of our culture in the broader understanding of indigenous culture—how we need our lands to remain intact from forestry, mining, railroads, and windmill parks and so on—the problems arise. Suddenly our culture is not seen as something positive anymore. And this is happening while we know how important the relationship to land, to nature, is for indigenous peoples. This work is made in collaboration with the Ume Sámi composer and vocalist Katarina Barruk, who is known as one of Sámi’s most talented live artists and whose voice creates the soundtrack. Barruk’s language, the Ume Sámi, is a Sámi language that is critically endangered but is being revitalized and taken back. 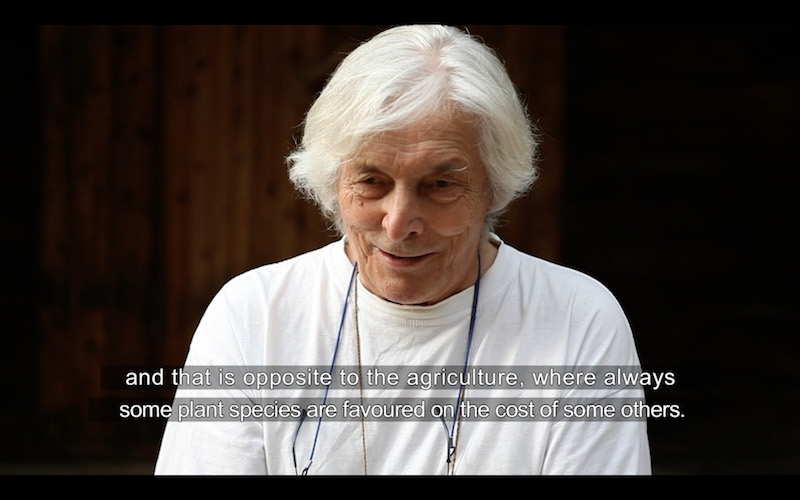 JJSM: Does the video ‘Lávvu’ (2011) work along the same lines? With the appearance of a smoking lávvu in the middle of a forest, surrounded by animal sounds…

MA: This is a meditative work. Nothing is happening, the smoke is coming out from the lávvu, the moisture is evaporating from the heating fabric. The time is just passing. The sound you hear is a raven. The raven is an important animal for many cultures, including Sámi. It is also an important messenger in the woods today; when you see or hear a raven as a reindeer herder, it often means something very specific and you must pay attention to it. 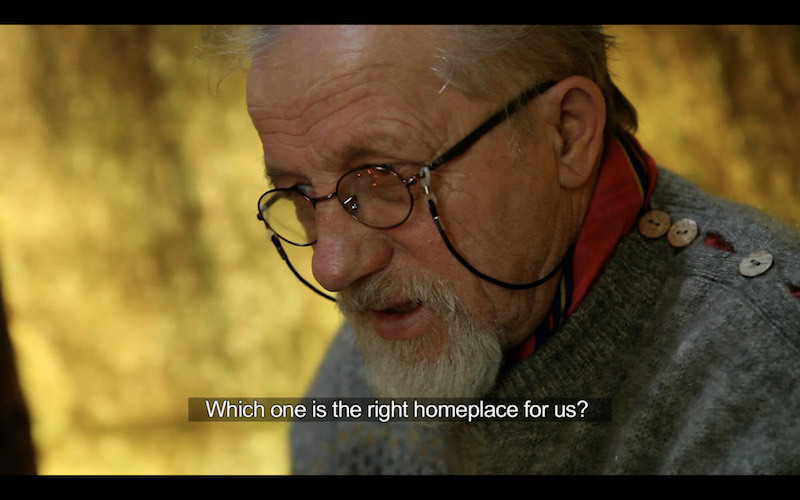 JJSM: In ‘Nomad Talk’ (2013), a man sitting in front of a fire explains that the Sámi live in the mountains and another man says that one of his jobs as a child was to scare wolves. Have the things from these stories—the nomadism, the rituals such as bear hunting—all been lost? Or has it been adapted to meet tourists’ demand?

MA: When it comes to old Sámi beliefs, it is a more complicated question. The earliest attempts to Christianize Sámi people began roughly 1,000 years ago. More serious processes began in the 1600s. The change didn’t happen over one or two generations. Christian belief and the old Sámi beliefs co-existed for centuries. It is difficult to say exactly when certain old rituals disappeared. The last remains are perhaps still existing in some form. The bear ritual, I believe, has not been practiced for a few centuries.

The Sámi people don’t practice shamanistic rituals for tourists. What you see as a tourist when you come to, for example, Northern Finland, is a Finnish or even foreign worker dressed up in a fake Sámi costume, drumming a fake Sámi shaman drum and practicing some made up rituals that have nothing to do with real Sámi culture. So, what the tourists experience in Lapland is often just the worst example of cultural appropriation and exploitation. The Sámi have demanded, since the 1970s, that the Finnish tourism industry stop this, but it is still going on.