Yuya Suzuki’s exhibition ‘Post Language Realm’ is presented at Künstlerhaus Bethanien in the context of a series of recent shows by resident artists. Suzuki’s artistic oeuvre is based on extracting symbolic images from everyday objects in the context of contemporary urban space. He first collects his visual impressions by walking around major cities of the world and taking photographs of ordinary everyday objects. He then employs drawing as the basis for interpreting these images into an abstract sign system.

Having arrived in Berlin just a few days before the first lockdown in March 2020 to start his residency at Künstlerhaus Bethanien, Suzuki was confronted with an image of Berlin that was completely unknown to him. Berlin, the bustling capital, was transformed into a spectre of a town. ‘Post Language Realm’ is the result of Suzuki’s solitary walks around Berlin and acute observation of how the capital was transforming amid the pandemic. 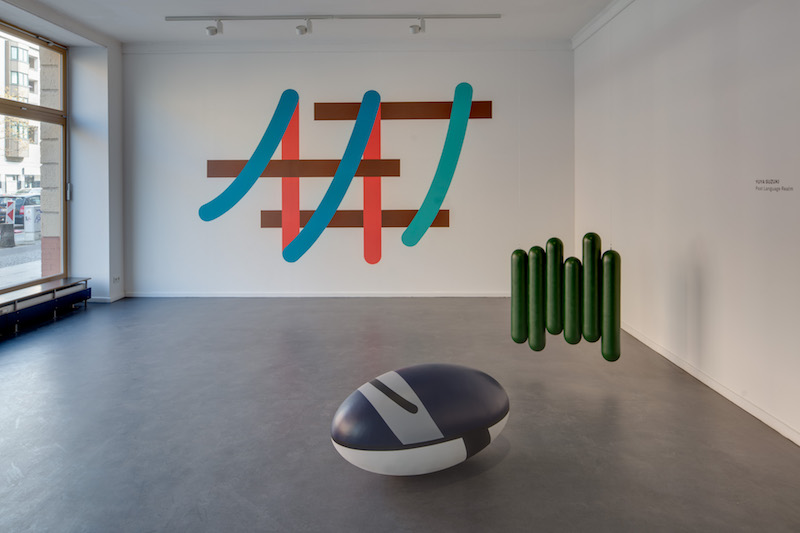 The exhibition is divided between the ground and the first floor of the Künstlerhaus Bethanien. Entering the ground floor, our eyes are directly drawn to the colorful mural on the left wall. To the untrained eye, the shape might represent a Japanese word: a keen reminder to the visitor of the function of language as a sign system. Our attention is immediately captured by the harmonious relationship between the different pieces: five 3D objects are scattered across the floor. An irresistible desire to touch the rounded artworks overcomes us. The exhibition’s room is transformed into Berlin’s cityscape, calling for interaction among the artworks and the viewer. But an immense silence dominates the room: its force is so strong that, in a way, it becomes an artwork in itself. This silence, alongside the playful sculptures, with their beaming and bright colors, morphs the experience into a kind of meditation session. 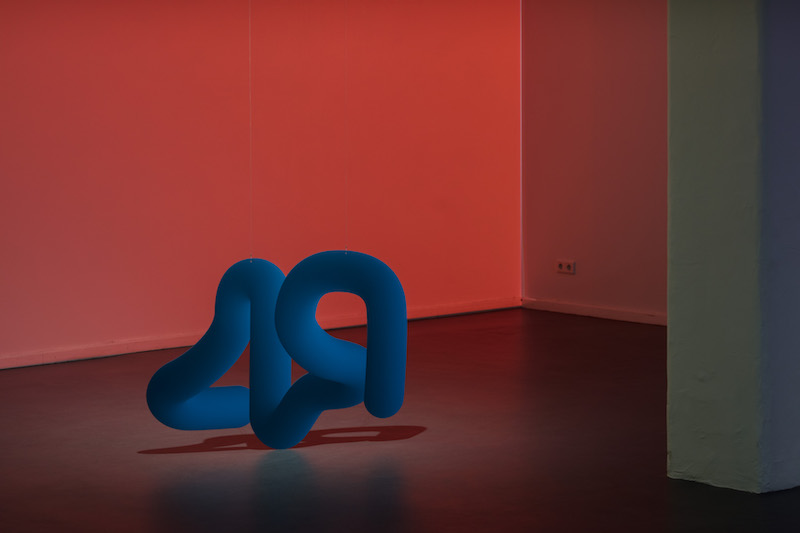 The name that the artist himself has given to his sign system is “archegraph”: a combination of the Greek word “arche,” which means origin or beginning, and the word “graph,” which means a written symbol for an idea, a sound, or a linguistic expression. What he then attempts to achieve is an unfamiliar situation, in which images are slipped from their original meanings. They exist on their own, as independent beings that are part of a visual language, without corresponding to an entity in the “real world.” The alienated modern human is the consumer of countless fragmented images that dominate the urban space. By observing these fragmented images and re-creating them in another visual form, Suzuki explores the boundaries of the real world by questioning the language system of signs—consisting of the signifier and the signified—and he invites the viewer to deconstruct and reconstruct the name and the image. 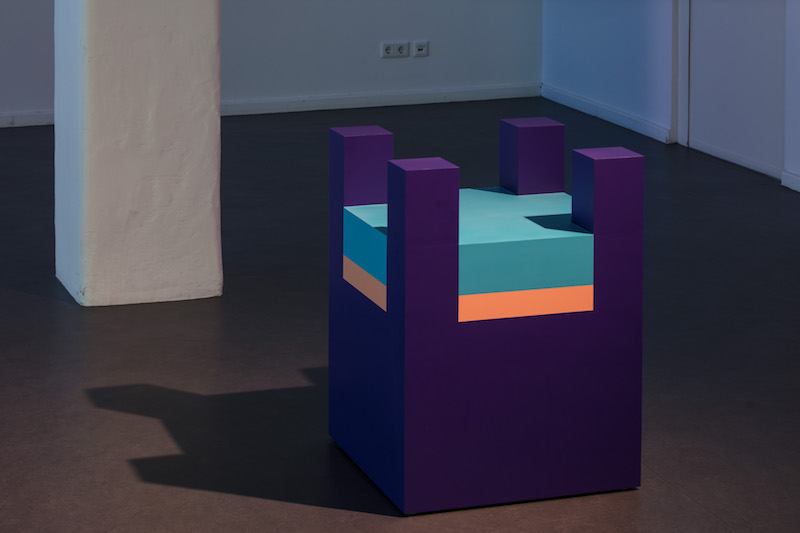 ‘Post Language Realm’ is an installation consisting of 3D objects, animations, murals and light boxes. In his search for the ideal image and a cross-cultural sign language, Suzuki re-constructs mundane objects from the city landscape into abstracted compositions of colour and shape. These compositions have at their heart the possibility of a universal language. However, because of their abstract and elusive nature, they are simultaneously a reminder of the impossibility of such a system. The minimalist shapes, with their bright and lively colours, function like fragments or syllables of an incomprehensible code that unfolds into a linguistic landscape. Suzuki’s “original images” portray a minimal archetypal language, which penetrates into the unconscious of the city. Although there are recurring elements in his “archegraph studies”—as portrayed so far in Tainan, Nagoya, Sapporo, Beijing, and Berlin—that tell the common story of urban spaces worldwide, each series attempts to capture the city in its singularity, taking us to seemingly familiar places that nevertheless exist outside of the boundaries of language and meaning. By employing cognitive strategies and simulation, Suzuki reproduces a reality that is both intimate and foreign at once. 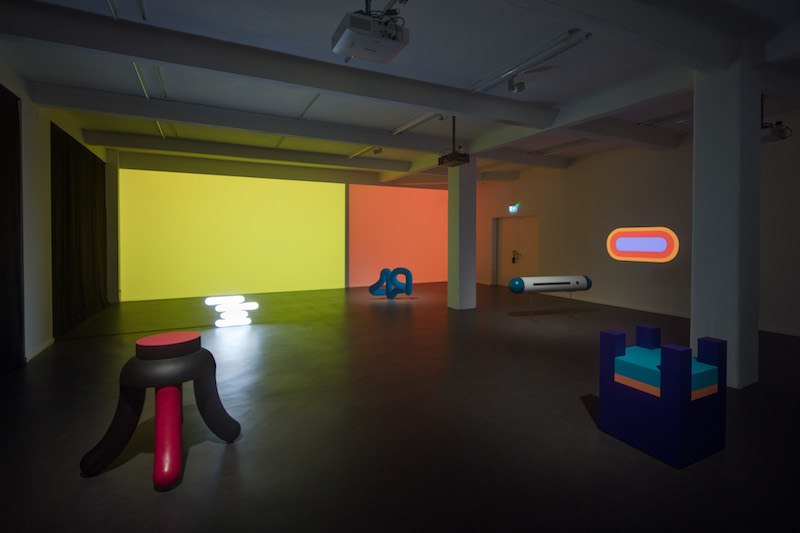