Eli Cortiñas explores industry, power, politics and memory in her collage-like works of found footage and imagery mixed with her own material. Cortiñas is an artist of Cuban descent, born in Las Palmas de Gran Canaria, and currently shares a professorship for Spatial Concepts at the University of Art Braunschweig with artist Candice Breitz. Her work views film as a collective memory, connecting historical footage with contemporary perspectives.

Cortiñas’ 2019 video essay ‘Walls Have Feelings’ examines the intimate relationship between objects, space and the individuals who interact with them. It explores the emotional impact of history on architecture and artefacts and examines the perspectives of human design, who have previously been silent witnesses of history. By accounting for the agency of objects, Cortiñas encourages the investigation of non-human intimate interaction and its effects. The result of this investigation is an philosophical, political, and beautiful montage of image, video and sound. Her current exhibition ‘Walls Have Feelings’ is on view until July 25th at KINDL – Centre for Contemporary Art. 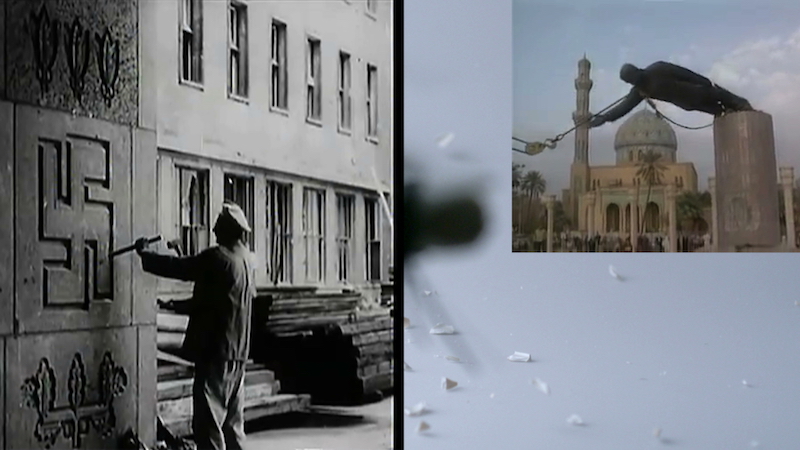 Aoife Donnellan: Your 2019 video work ‘Walls Have Feelings’ is in dialogue with capitalism, exploitation, and the memory of objects. What prompted your investigation into these concepts?

Eli Cortiñas: ‘Walls Have Feelings’ brings together a complex constellation of devices, modes of consumption, reception and forms of power, all of them linked to each other, in visible and invisible ways. And I guess this is what really drives my practice most of the time, to look at and revisit imagery in order to expose those connections, to debunk myths and hegemonic narratives embedded in them and to lay bare the modes of image production alongside the instalment and distribution of such imagery.

‘Walls Have Feelings – Architecture, Film and the City’ was also the title of a book that I found many years ago in an antique book store in Berlin. It was written by the late architect and historian Katherine Shonfield and it revolves around crucial questions concerning urbanism, architecture, but also the gendered division of labour, domestic work and space, and the equivocal portrayal of female sexuality. I have always been very interested in architecture myself, but more than anything, in the entanglement between design, image production, labour conditions, power and political force. 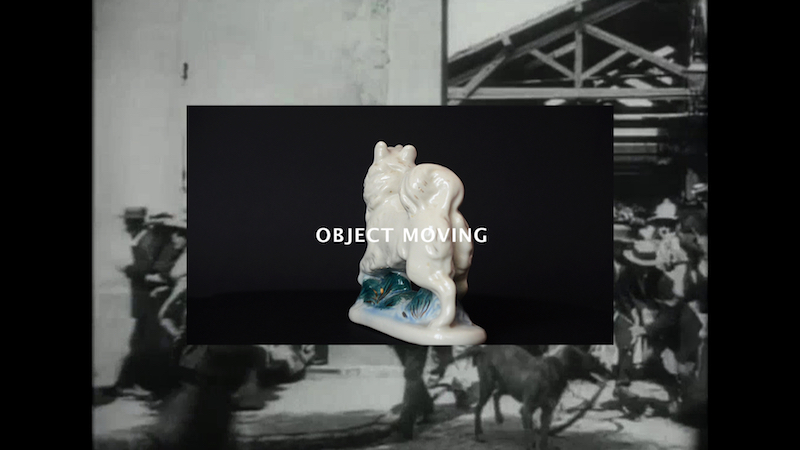 AD: The work is a combination of found footage, images, and new footage. In terms of your process, how do you begin to collect the footage for your projects? How does your use of found footage inform the central message of the piece?

EC: My process is really long. I begin by dissecting, organising and classifying the large amounts of material I collect. I then create a kind of an alphabet; an archive organised under my own coordinates. This system becomes the place from which the re-writing on the editing table starts.

One thing I would like to stress is, that using certain imagery, specifically archival footage, implies assuming some responsibilities. My work has always been focused on the visual and cultural representation of female identity in various media. But the fabric of female identity, like any other identity, is also traversed by class, education, race, age, nationality, mobility, and a wide range of intersections that come together and have an impact on the place from which you are able to enunciate. Without reflecting on those differences, or taking them into account, my work could end up reproducing the same problems and bias implicit in the archives, imagery, and historical contexts I utilise. So, when it comes to representation and embodiment, I try to take into account the truly complex fabric of identity. This self-questioning, as well as the addressing of differences, informs the work immensely, as I’m not only analysing and displaying imagery, but reflecting on the modes of production, distribution and economic impact of audiovisual culture.

The paradigm-shift involving all of us becoming creators of imagery and content through new technologies and digital social platforms, has of course had an impact on my practice and how I relate to images. I couldn’t continue my artistic practice of appropriating and negotiating existing images and ignore the central role played by new devices, platforms, inherent aesthetics and image policies, that have entered our contemporary visual world. They build our daily vocabulary and have become extensions of our cognitive and emotional processes. It’s only natural for me to integrate these aesthetics and new taxonomies into the work and reflect on them as well. 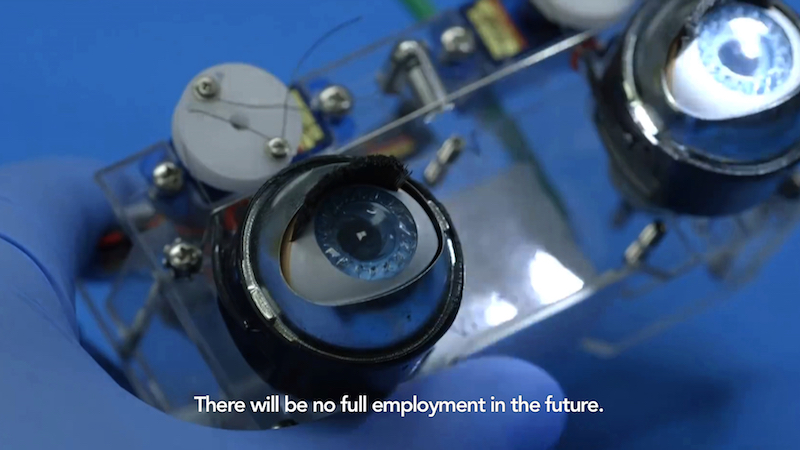 AD: ‘Walls Have Feelings’ examines the ways in which objects and interiors have an intimate knowledge of their users through the actions that they observe. It also highlights the cognitive dissonance available to consumers between the exploitative physical labour necessary to create these objects and their ownership of them. What does this examination unearth?

EC: The wall has already been charged with so much meaning throughout human history. In my work, the wall functions as a catalyst for multiple forms of separation, but also as an object with its own agency. I have always been very interested in animistic beliefs and different forms of knowledge production that aren’t rooted in hegemonic world(s) construction, but rooted in other cosmologies. I was very keen for the so-called “objects” in this piece to become articulating entities, with a certain autonomy and agency. We basically have no deeper connection to objects anymore, because in the modern world, most of the objects that surround us are a result of an impersonal process of production: they come from factories, we buy them in stores or online.

It is very different when an object is not produced but created and that’s partly why we lack a deeper connection to the appearance of objects and the conditions under which they appear. The intimacy of that creation process isn’t present in the manufacturing process which surrounds most objects we interact with nowadays. Those objects fulfil a function, are always replaceable, and no further ritual experience is connected to them: they lack mysticism. So, I thought why not ask the objects? Why not make them the protagonists of the piece? They became a thread that not only connects many of the walls and objects that have shaped our human history so deeply, but also reflect on non-human interaction and the categories we deploy for building our relations to different worlds. 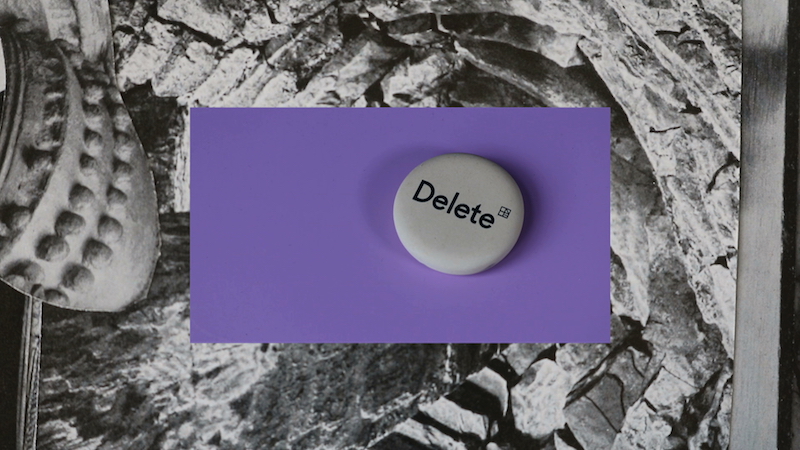 AD: The collage-like format of your video work captures that of a documentary-style video essay. Why did you choose this medium in which to work?

EC: Montage means, for me, not just editing a piece together on video editing software, but to actually think the piece. This process doesn’t follow the same logic of the research and investigation process. Once the material and ideas are inserted into the editing timeline, they start developing relationships to one another that don’t follow a logical approach. There is a lot of intuition and building of kinship and relations between images and contexts, that aren’t that obvious at first. It is an alchemy process in which things appear; at times without being conceptualised before, nor responding to prior analysis and research. Some of this already happens while I watch the material I have collected, the links start to appear in my head, sometimes just by simply playing one clip after the other, or parallel to one another. So, the montage is the place where the real enunciation of the work happens and that process itself is what actually shapes what type of work it will be at the end. Video is, for me, definitely the perfect medium to weave a complex audiovisual tapestry with extremely heterogeneous materials and ideas, not only by depicting images and relying on them and the sound as carriers of information, but by believing in what is between the cuts, what appeals to the other senses, that which can’t be articulated in a conscious way. In a way, the montage is the total opposite of the painstaking research process, although the works at the end do have a precise composition and choreography. 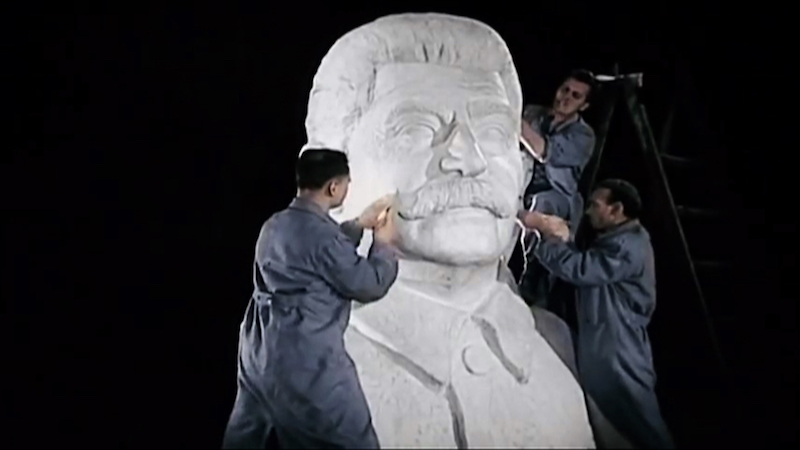