To commemorate the Day of Roma Resistance—when, on the evening of May 16th, 1944, over 6000 Roma stood up to the Nazi SS in Auschwitz-Birkenau, delaying the liquidation of the Roma camp—the European Roma Institute for Arts and Culture (ERIAC) will open the exhibition ‘Roma Resistance and Resilience’ on May 16th, in both its Berlin and Belgrade locations, as well as virtually. Six hundred years of resilience and survival of the Roma people in Europe is recognized through the Roma scholarship, knowledge, oral and ritual traditions, festive events and social practices, concerning nature and the universe. The exhibition considers the interconnection of the Roma people with nature, different forms of environmental consciousness, and the ideas and practices for sustainability within Roma communities, which have been (just as all other Roma histories) largely oppressed, uncollected, underestimated or misinterpreted through stereotypes. 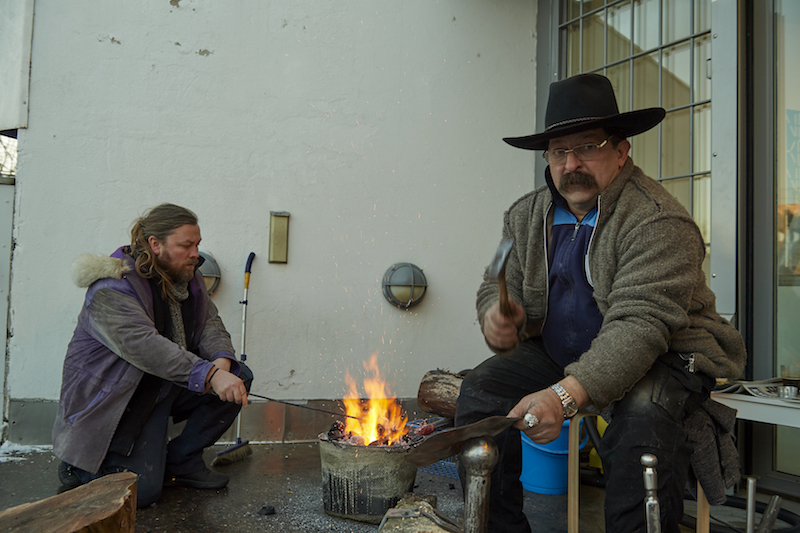 Lajos Gabor and Joar Nango: ‘The European Everything,’ 2017—ongoing, photography, documentation of performance at the Tensta Konsthall, 2019 // Courtesy of the artists

In the exhibition, young Roma artists and authors confess their hopes and fears, in an attempt to transfer fragments of the past, and to share Roma heritage, traditions and skills that have built and continue to build an environment in which humans’ peaceful coexistence with nature and with each other is a foundational principle. The exhibition at ERIAC Berlin features works by Daniel Baker, Rifet Bajramović, José Manuel Fernández Cortés, Lajos Gabor – Joar Nango, Ľuboš Kotlár, Renata Roxana Mihaly, Estefanía Ruíz (Mil Duquelas), Zita Moldovan (Loly), Norbert Oláh, Marina Rosselle, and Selma Selman.

Uniting Roma and Sámi cultural perspectives, Lajos Gabor and Joar Nango’s project ‘The European Everything’ (2017–ongoing) first took place as an installation and performance in the park in Timisoara, Romania, at the Art Encounters Biennale in 2019. Also in 2019, they created jewellery during a performance outside Tensta Konsthall in Stockholm, made for the founding meeting of the world’s first organization for Sámi architects. In the exhibition at ERIAC, they will show documentation of their performances, as well as entirely new objects—including a pancake maker, coffee pot and bracelets—created by Gabor for the show. 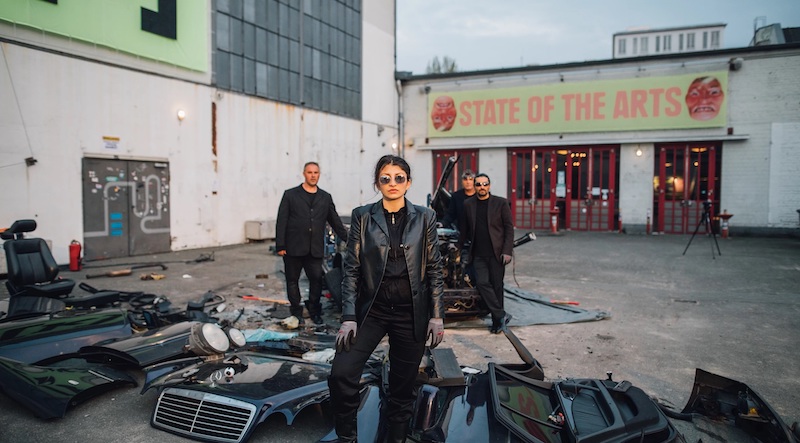 Selma Selman’s performance, made together with her family and entitled ‘Mercedes Matrix,’ questions the labour market, and the difficulty of securing a source of income. Selma Selman’s powerful performance comments on work as a means of survival. The artist explains: “My family transforms metal waste into a valuable resource for survival. Their everyday survival is dependent on this exact same labour, where metal and motors are sold in recycling centres. When this labour is recycled back into the domain of art, it gains value as an artwork, and shows art’s potential to transmute value, just as my family transmuted the value of scrap metal as a method of commerce, proving the equal potential for transformative actions in any body.”

Ľuboš Kotlár’s ‘nowlessness’ is a long-term project that started in 2017. The artist reflects on an international wave of neo-conservatism, fascism and xenophobia, ecological catastrophe, possible upcoming diplomatic and military conflicts, pandemics, and even the rapid development of artificial intelligence—all concepts bringing possible catastrophic scenarios for the future of life itself. The term “nowlessness” refers to the absence of our knowledge of these upcoming events and their time anchor, and within the context of photographic media, it even denies the act of taking pictures as a form of recording. Uncertainty has become a distinctive feature of modern times, whether on the basis of individual survival, or the overall progress of Western society. The theoretical core of the project is based on Jack Halberstam’s definition of queer time and space. The visual photographic language is deliberately chosen so as not to bind to a specific epoch in the history of art or photography. 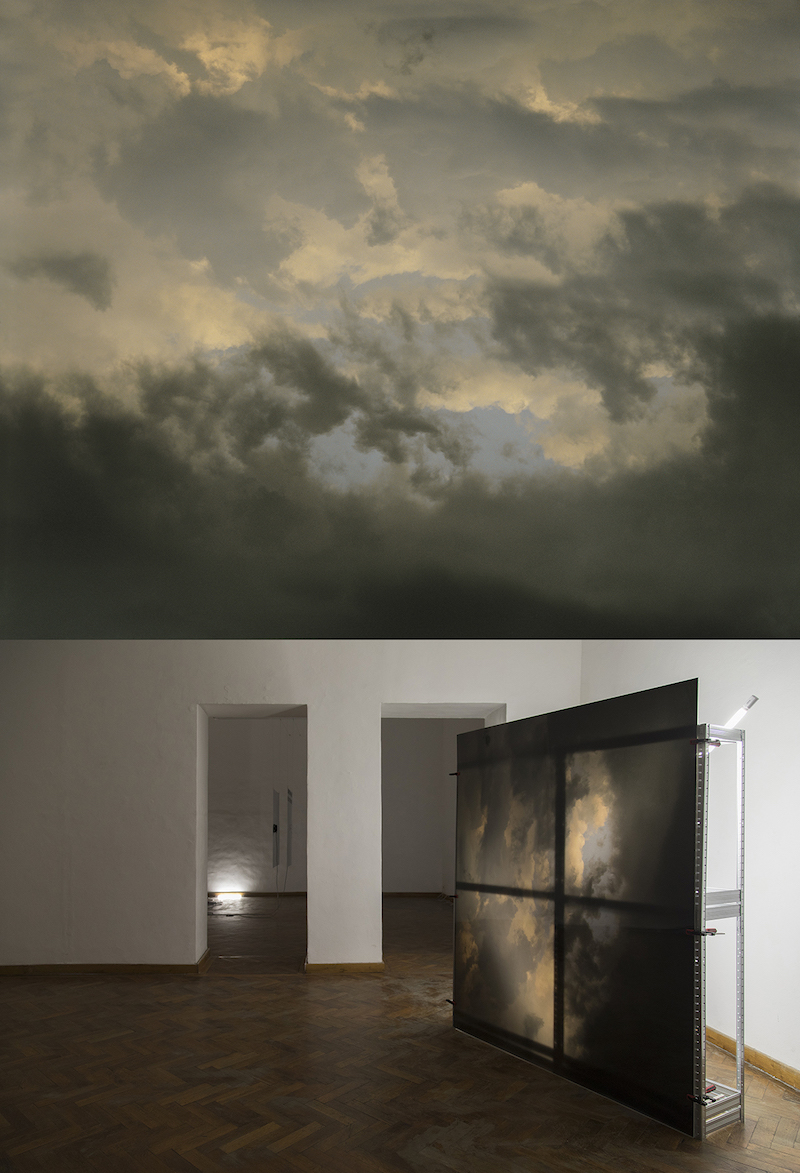 Norbert Oláh’s recent contribution to the OFF-Biennale Budapest consists of a so-called “wall of anxiety,” which portrays a series of words and concepts etched into a section of brick wall. Reproduced through photographs in the exhibition at ERIAC, the piece also included a banner alongside the wall with the artist’s essay, entitled ‘Anxiety of the “Roma Artist,”‘ in which he puts into words the difficulties of speaking of “Roma art” as a blanket concept, and the complicated intersections of artistic and Roma backgrounds.

These works, among those by other participating artists, aim to address the past and present lived reality of Roma people across Europe, with particular attention to the relationship to nature and the environment. The exhibition at ERIAC Berlin will open digitally on ERIAC’s website and social media at 5pm on May 16th, and will run until July 25th. 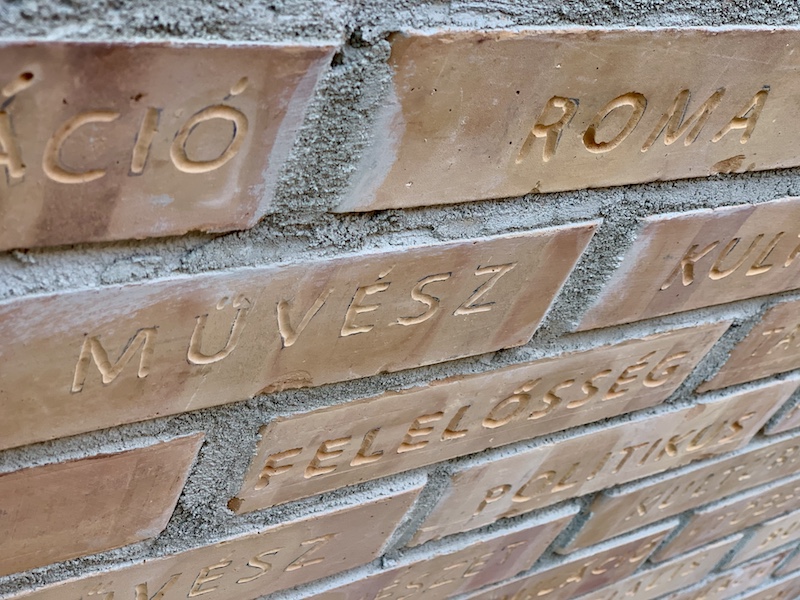