“Grace Weaver went inside herself.” That is how the German art historian, Christian Malycha, begins the press release of Weaver’s latest exhibition at Soy Capitán. And Weaver did indeed go inside herself. ‘Droop’—Weaver’s first solo exhibition in 2021—is the result of her introspective seclusion and carries with itself powerful remnants of the challenging and isolating year that was brought on by the corona pandemic. This seclusion has had a tremendous effect on Weaver’s distinctive style. The new works, with their dark and sombre colours, are in stark contrast to her previous bright and colourful paintings. Weaver has also abandoned her distinctive contours, enclosing bodies and things alike. Nonetheless, at first glance, one can easily detect Weaver’s unique style and recurring narrative inspiration, with her female characters immersed in their daily activities. 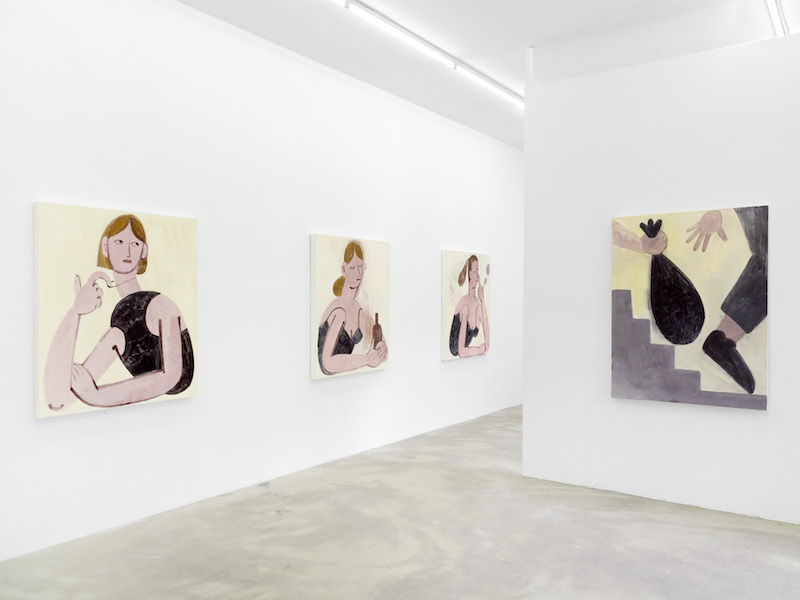 Nine paintings adorn the walls of the gallery in its two rooms. The small setting evokes a sense of familiarity and intimacy, fitting to the artworks, which tell a story themselves. Weaver is first and foremost a storyteller. In this role, Weaver engages the visitor to also take an active part in the narration of the story. Stepping into the gallery, one finds oneself immediately plunged into Weaver’s world; making associations between the paintings, connecting the dots, making sense of the plot, characters and storyline. The paintings, however, elude any definite interpretation, leaving us yearning for more. Situating us somewhere between viewer and voyeur, the works make us want to inquire into the lives of their imagined inhabitants. 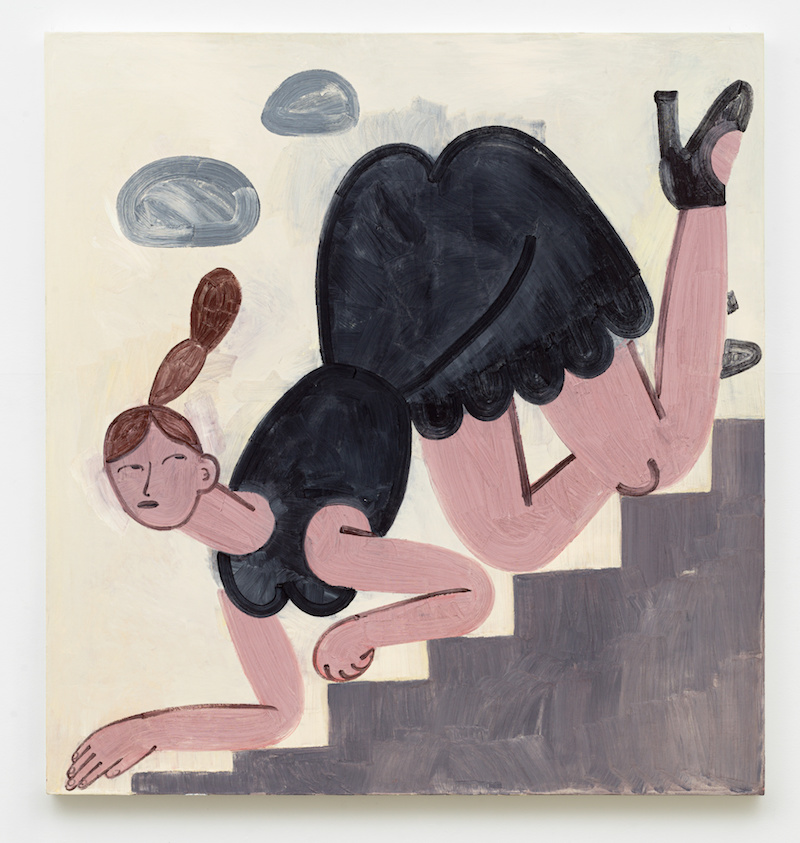 Dominated by the colours black, pink and grey, this series of paintings depicts people engaged in mundane activities, such as drinking, smoking and working out. At first, it appears that all the paintings depict the same character – the same woman portrayed in various social milieus. Upon closer inspection, however, this certainty begins to fade. What stays consistent, though, is the fact that all these characters are aware of being watched. This awareness adds a layer of performativity to their actions, in what Weaver herself has termed the “theater of public life.” 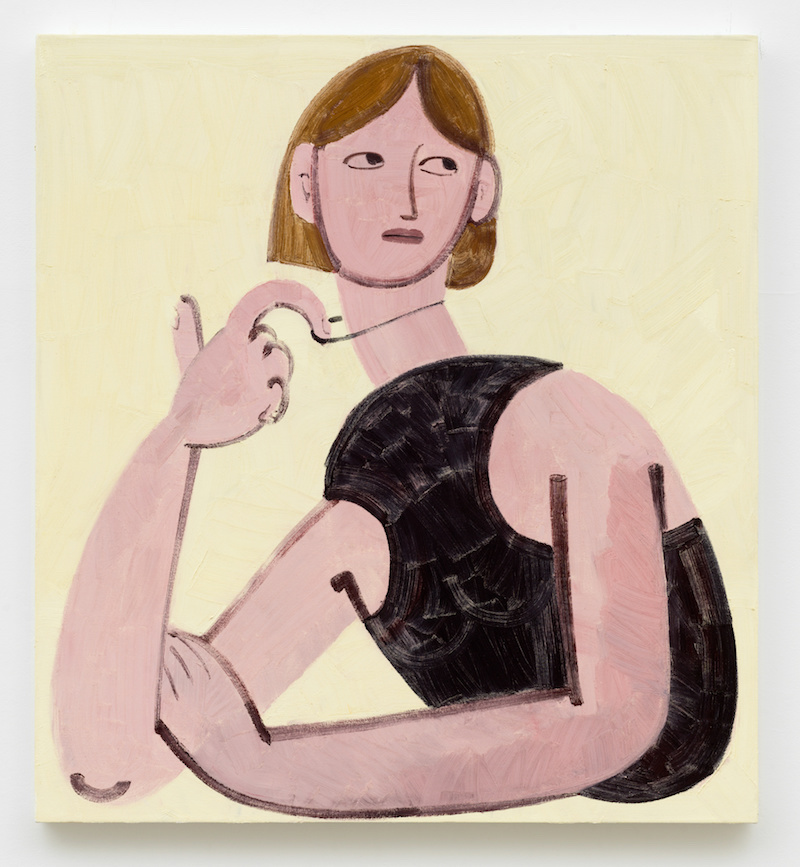 In contrast to her previous works that share in common their bright and flashy colours, resulting in a lively and vibrant mood, ‘Droop’ showcases a somewhat bleak environment. There is an overwhelming sense of boredom and loneliness. ‘Droop’ also presents a simpler style compared to her other works, which depict the characters more elaborately and in greater detail. Weaver’s signature characters with their elastic bodies form a collection of abstract elements that have a language of their own. Their consciously sketched expressions—whether blank, blasé or lugubrious—convey a self-awareness. By bringing together elements from contemporary life and art history, Weaver’s whimsical figurative characters form a novel oeuvre that astutely convey social and psychological sensibilities. “Having gone inside herself,” Weaver has created a body of work that might be her most personal account so far in her rich artistic career.