Objective truth is not a good look these days. Anything too slick, too professional looking seems suspicious when institutional narratives are under crossfire from all corners of the political spectrum, and neo-fascist post-truth mechanisms are on the roll to delegitimize scientific knowledge. In this climate, one might ask: How is it possible to depart from narrative-guarding authorities, without giving up on facts altogether? Forensic Architecture, in collaboration with its new Berlin based arm FORENSIS and the European Center for Constitutional and Human Rights (ECCHR), seeks to re-imagine modes of truth production as a collective good. 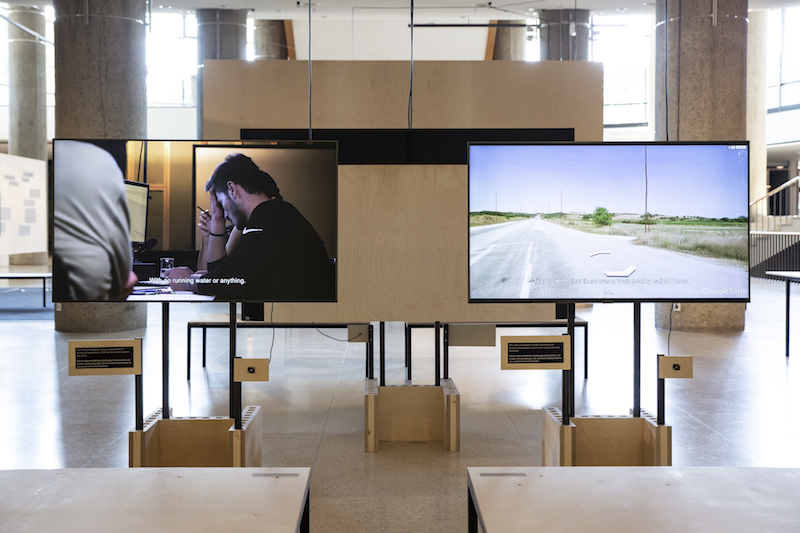 Since 2010, Forensic Architecture has made a name for itself in and beyond the art world as an interdisciplinary research agency operating out of Goldsmith’s (University of London), which tackles state violence and human rights violations through spatial analysis. Pairing open-source data, surveillance footage, or amateur documentation with highly advanced architectural modelling software, their long-term investigations seek to meticulously reconstruct sites of violence in order to gather evidence that debunks hegemonic narratives.

The latest presentation at HKW—entitled ‘Investigative Commons’—showcases a range of investigations from the past decade. Prominently featured in documenta 14, ‘The Killing of Halit Yozgat…’ makes a re-appearance here. In the piece, Forensic Architecture look into the NSU affiliated murder of Halit Yozgat at his place of work, an internet café in Kassel. More recent works include Herbicidal Warfare in Gaza, or systematic police brutality at nationwide Black Lives Matter protests. With over 70 investigations to date, Forensic Architecture’s wide range of complex methodologies seem to expand with every case. 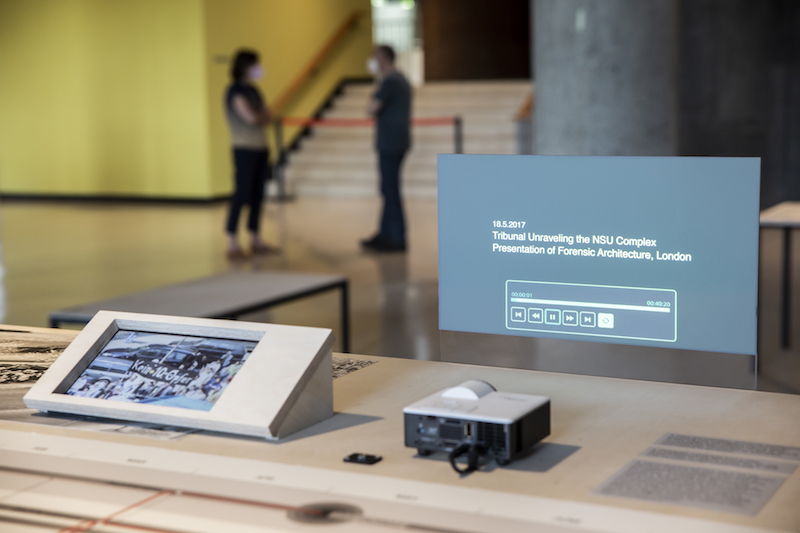 Visitors are met with this density of information condensed into the form of infographics, 3D models and super slick video presentations with news-reader voice overs, which somewhat ironically seem to replicate the kind of persuasive narrative production that the agency seeks to challenge. There is no question that each investigation is an astonishing achievement in itself, and that Forensic Architecture is doing ground-breaking work on the front of humanitarian justice to the degree that it has made significant ripples beyond the sphere of visual arts. Yet in the context of an exhibition, it is the epistemological framework in which they locate their own practice that saves the HKW show from becoming a self-content technological flex. Dispersed among the single works, Forensic Architecture presents textual material that reverses the critical viewpoint inwards, questioning their own methodologies and the very legitimacy of narrative production in a post-truth climate.

Since Forensic Architecture’s genesis in 2010, the notion of truth itself has been severely tested on all corners of the political spectrum. While scientific authority is denounced by rising alt-right conspiracies, the deconstruction of hegemonic institutions that repress marginalised modes of existence has become a leftist project. Instead of clinging to conventional pillars of knowledge production or giving up on hard facts altogether in favour of a more situated mysticism, Forensic Architecture sets out to look for new modes of collective truth production outside of hegemonic power structures. 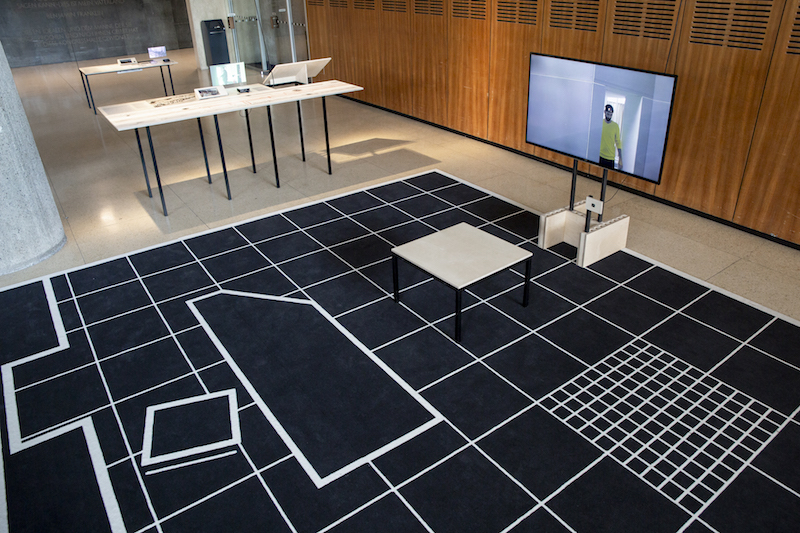 What’s great about ‘Investigative Commons’ is that it foregrounds data as relational: All the documentation footage used in Forensic Architecture’s investigations is open source, meaning it already exists, created by countless actors, prior to their implementation. Without the perpetual flood of imagery that exists in the world today, Forensic Architecture couldn’t operate on the level they do. This emphasis on collaboration, which is enhanced by the unresolved questions that frame the show, seems refreshing and optimistic, opening up Forensic Architecture from a group of professionals situated in a single university department, towards a whole new informational commons.

Acknowledging obstacles that come with the dual claim of being a humanitarian agency as well as an artistic collective, of translating a year’s worth of research into a five-minute video, this show feels like a mid-career retrospective, in which the agency has taken a breather to re-evaluate their own methodology. The exhibition is acutely self-aware of the complexity it has meshed itself in and does not shy away from openly asking itself gritty questions. ‘Investigative Commons’ becomes an investigation into themselves, which mirrors in the dozens of screenshots of packed iCal sheets, desktops that give insights into their workflow. More than just a presentation of their work, ‘Investigative Commons’ is a set of critical, open questions surrounding a work-in-progress in constant metamorphosis.