After the First World War, modernity took on the form of a woman. She sported short hemlines, even shorter hair, mountains of eye make-up and a perfectly tilted cigarette. In Weimar Germany, this so-called “new woman” became the lacquered symbol for the surface-obsessed society that was the favourite target of artists associated with New Objectivity. A century later, that heavy-lidded figure is resurrected once more at Contemporary Fine Arts in Berlin in a group show that responds directly to the 20th-century German art movement. By asking what form that modern muse might take today, it offers a shrewd new angle on the fraught relationship between figurative art and female iconography. 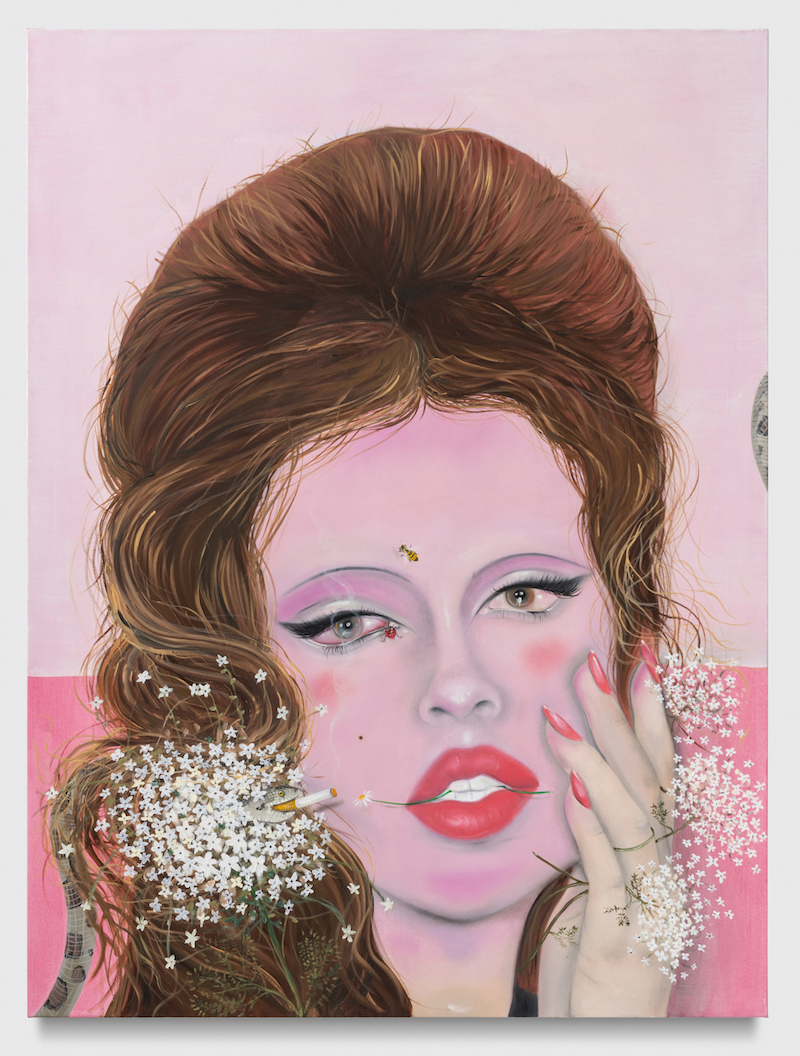 In Katja Seib’s ravishing oil on canvas, ‘Sicilian Defence’ (2021), the protagonist’s cigarette is held by a snake puffing smoke on her shoulder. Instead of a crowded cafe, she poses in a featureless lavender dreamscape; her jewellery is replaced by flower garlands, her beauty spots a ladybug and wasp. In Seib’s purple-skinned Eve, she remains a figure of vain sensuality, but these surreal incursions render her sultry stare as unsettling as it is alluring. This sense of disquiet undergirds almost all of the works on show, as their creators similarly draw on and recalibrate female archetypes.

The effect is sometimes humorous: in Francesca Facciola’s ‘La Strada Babies’ (2021), two luminescent angels are demoted to tacky ornaments in an overgrown backyard; Emily Mae Smith’s ‘Foot of Daphne’ (2021) reduces Ovid’s mythical heroine to a cartoonish stiletto made of wheat. Other times it verges on the uncanny: in the exhibition’s only sculptural work, Genesis Belanger subverts the typical image of a woman gazing at a mirror—evoked across art history from Tintoretto to Manet—through stoneware in ‘Self Image’ (2021), whose creepy faceless woman finds an inverted twin sister in Dana Schutz’s monstrous cyclops (‘Presenter,’ 2021). Here, New Objectivity’s misogynistic tendency to present the new woman as the vacuous embodiment of consumerism is reversed. Instead, the artists take aim at art’s role in the commodification of women and the impossible beauty standards peddled by today’s narcissistic digital culture. 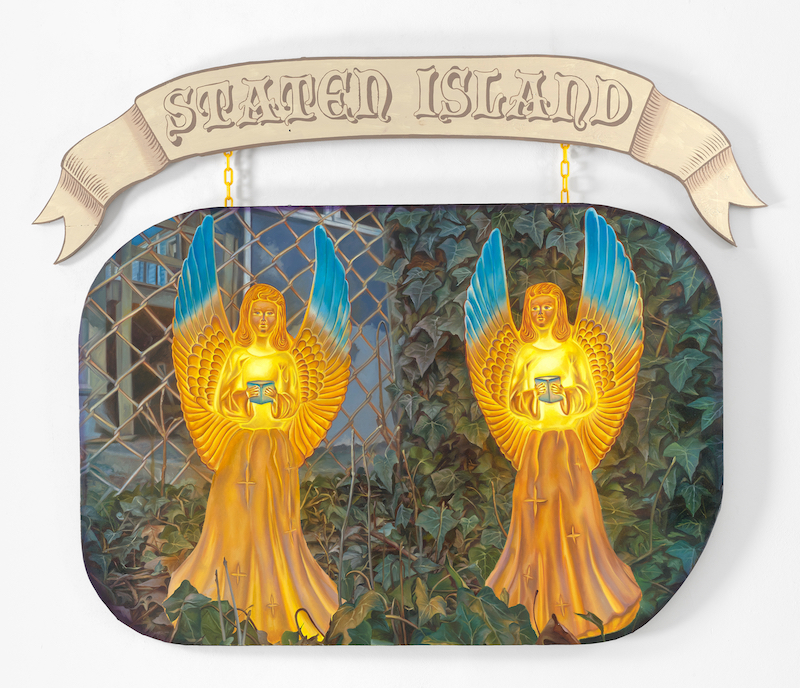 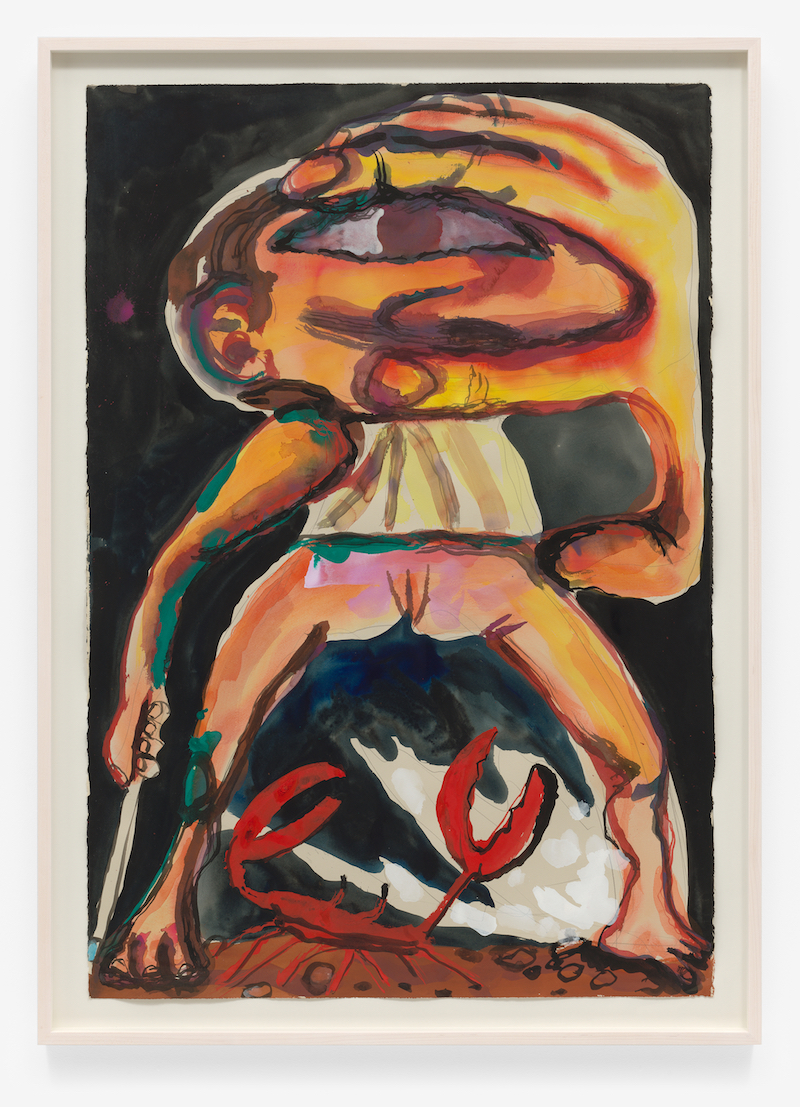 The show’s most obvious and rewarding form of rebellion is against the modernist movement’s sober devotion to the visible world. These works gorge on mythological and art historical references to produce symbolically-charged, imaginary settings where what’s real is anyone’s guess. Jagoda Bednarsky’s otherworldly riff on the traditional nude is the most enigmatic act of iconoclasm, and possesses a strange pull. Using a lush palette similar to Seib’s, Bednarsky’s ‘Shadowland [stage]’ (2021) adds to the phantasmagoria through ovular mint, orange and lilac shapes, overlaid on one another to create a swelling mass resembling a butterfly, two rouged nipples emerging like lower wings. At once inviting and alienating, corporeal and elusive, this abstracted yet clearly mammary form confounds the commodified spectacle of women, which Bednarsky makes explicit by presenting this amorphous creature on a stage. 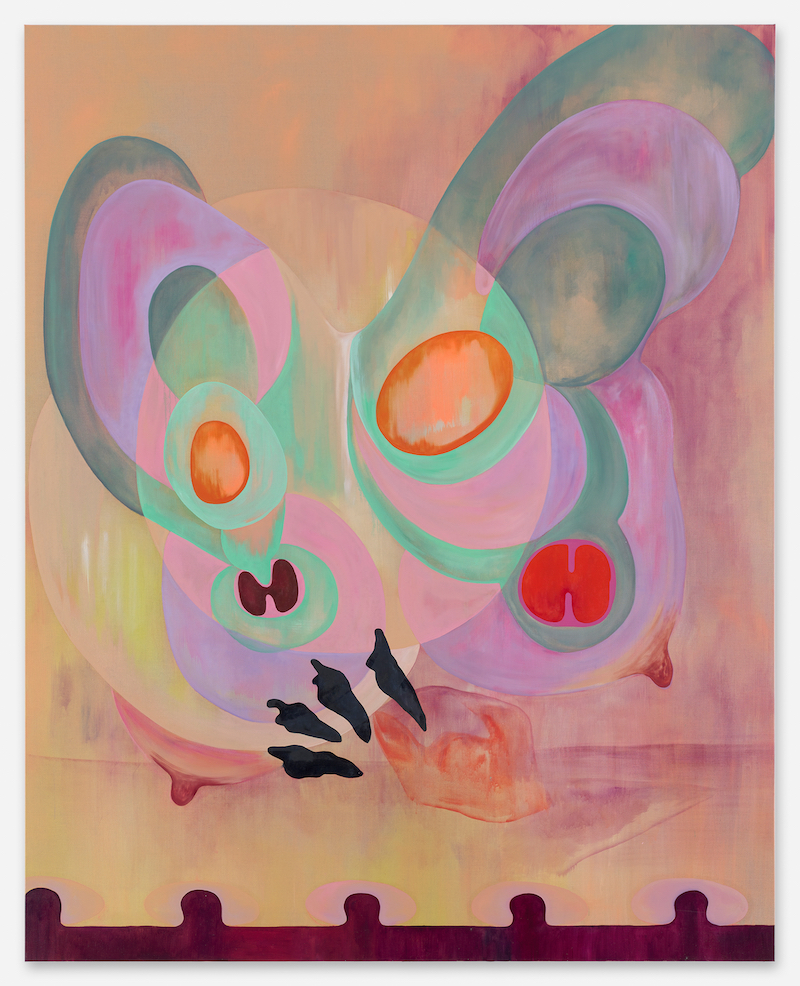 This theatrical scene strikes at what might be the overarching statement of the exhibition: the new woman was a performance, a character perpetuated first by women in metropolitan spaces, then by mostly male artists to embody uneasy political, social and sexual contradictions. The fanciful distortion of feminine tropes throughout the show seems to highlight that, in our digital present, both the semiotic instability and the performative nature of female identity have only been exacerbated. By also emphatically rejecting objective representation, the exhibition asserts that any such claim to objectivity in regards to the feminine in figurative art is—now and then—pure myth. 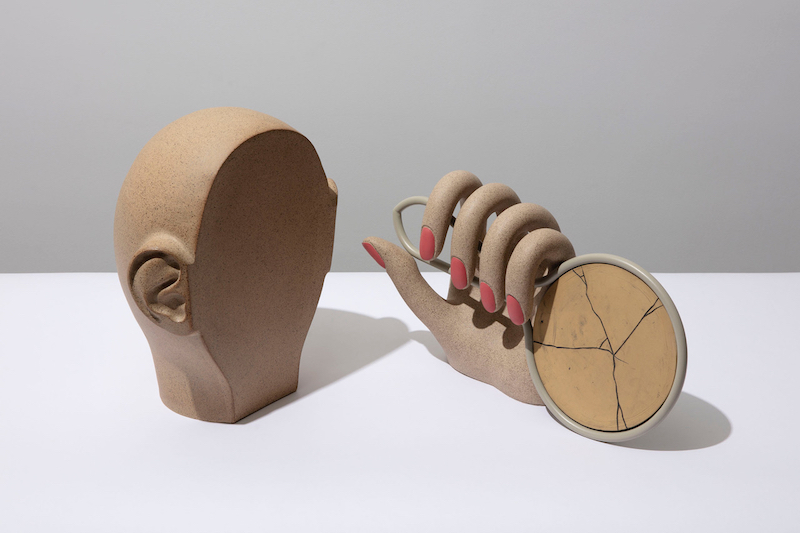