Tanasgol Sabbagh has been performing as a spoken word artist across Germany since 2011, including at the Volksbühne in Berlin, the Elbphilharmonie and Deutsches Schauspielhaus in Hamburg. In her texts, Sabbagh deals with issues such as racism, sexism and inequality, to which she always adds her personal life story. During her artistic journey, she has excelled in bringing written and performance art together. Her profound texts with their sensitive topics are always accompanied with powerful performances that are guaranteed to kindle an emotional response from the audience.

She has been a guest at the German-language Poetry Slam Championships several times and reached the finals for the first time in 2019. Her work has appeared in anthologies and magazines and she has performed in various stage, radio and video formats (including Solothurner Literaturtage, Hellerau – European Center for the Arts, and Zeit Online). She is a founding member of the artist collective ‘Parallelgesellschaft’ and the series of events of the same name in Berlin, Neukölln. In addition, she is committed to promoting young literary talent and leads writing workshops for young people and school children in the areas of poetry slam, creative writing and performance.

In this interview, we spoke about the recurring themes of her work, the potential of spoken word as an artistic medium and how marginalized groups can increase their political and social inclusion. 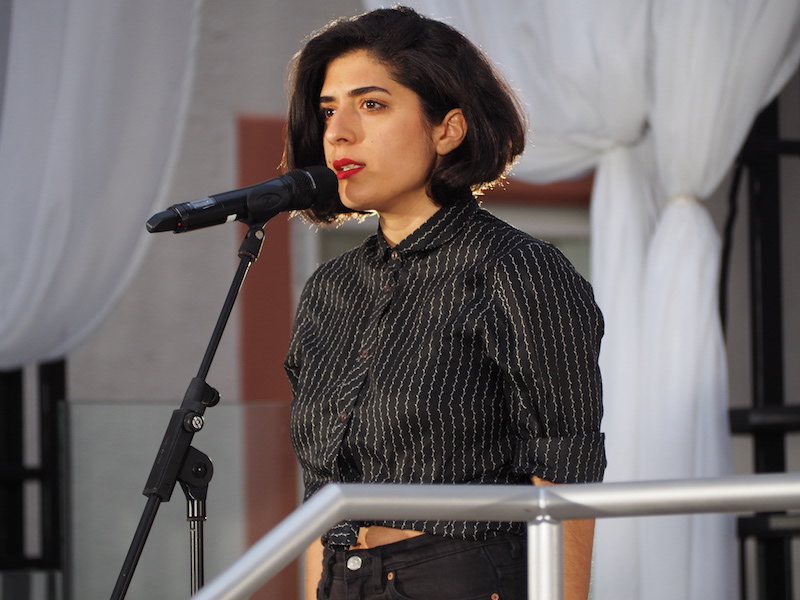 Noushin Afzali: Racism, sexism and identity are recurring themes in your works. These themes are also always intensified by adding your personal account to them. Why have you chosen the medium of spoken word to address these personal and political concerns?

Tanasgol Sabbagh: There is a photograph of me, as a one-year-old, sitting, cross-legged, next to my father on the ground, a book in front of me. I was told that this was the first time I turned a page and started reading. Well, pretending to read: first time I started telling stories, or at least making story-like sounds.

The first connections we have to poetry and prose are verbal. A word was, at first, a sound, before it had a shape on paper. Maybe I just never quite grew out of this sensation: I loved speaking and singing and acting, so when I first started to write poetry it was also linked to me reading it aloud. Very early on writing meant writing a script for myself to perform; my voice, my body involved: it became about me. I don’t think it was a very conscious choice, I think it never occurred to me to not write about myself, in relation to things, in relation to others.

Later, growing up, learning more about my surroundings, I started to understand that I cannot write about myself without writing about class, or gender or growing up as a child of immigrants, in a state that is very quick to forget its past, as most states are. Writing is, among many things, a way to understand myself and my entanglement to the world. For me, theme and form, performance and where the performance takes place, are intertwined and condition each other.

The question of power, I think, is the fundamental theme. On the one hand, of course, when it comes to a certain social dimension of the content of the text, but also when it comes to me as a person standing on stage and speaking, controlling the narrative. That, too, is a way to exercise power over others. What I try and what is interesting to me is reflecting and negotiating this dominance in the text and the performance itself. Putting doubt in everything I say. There is a difference between a poet and a preacher. It’s a very crucial one.

NA: In your poem, ‘Konstruktion/Schau die Frau im Raum’ (Construct/Look at the Woman in the Room) you draw attention to the “male gaze” in constructing female identity. What potential do you see for subverting the male gaze in your artistic medium, as a spoken word performer, combining poetry and performance?

TS: There is something very limiting to being looked at, and the gaze of others seems to always shape us: It either makes us fit the form that those sets of eyes want to see or we strive to be the exact opposite of what they want, which can at times be just as limiting. The social dimensions to this have been widely discussed in feminist, queer and postcolonial theory.

On stage, I think, there is a subversive potential in playing with those known limits. I can perform a poetic text, talk in a certain way; calm with a deep voice, be read as female and quickly personify a rather known figure of the “Woman on Stage,” like a revue artist, very classic, nothing subversive about that. But when I consciously make that choice, when I allow myself to fit this limited form (because I like parts of it: its seriousness, its reverence) yet every now and then break the continuity of it, cause that figure to crack, break with the continuity of the idea of being whole, then completely embody it, just to rupture it again—I think there is some potential there. It might not fully subvert anything, but it will—or at least, I hope—shake the power dynamic by looking it in the eye. 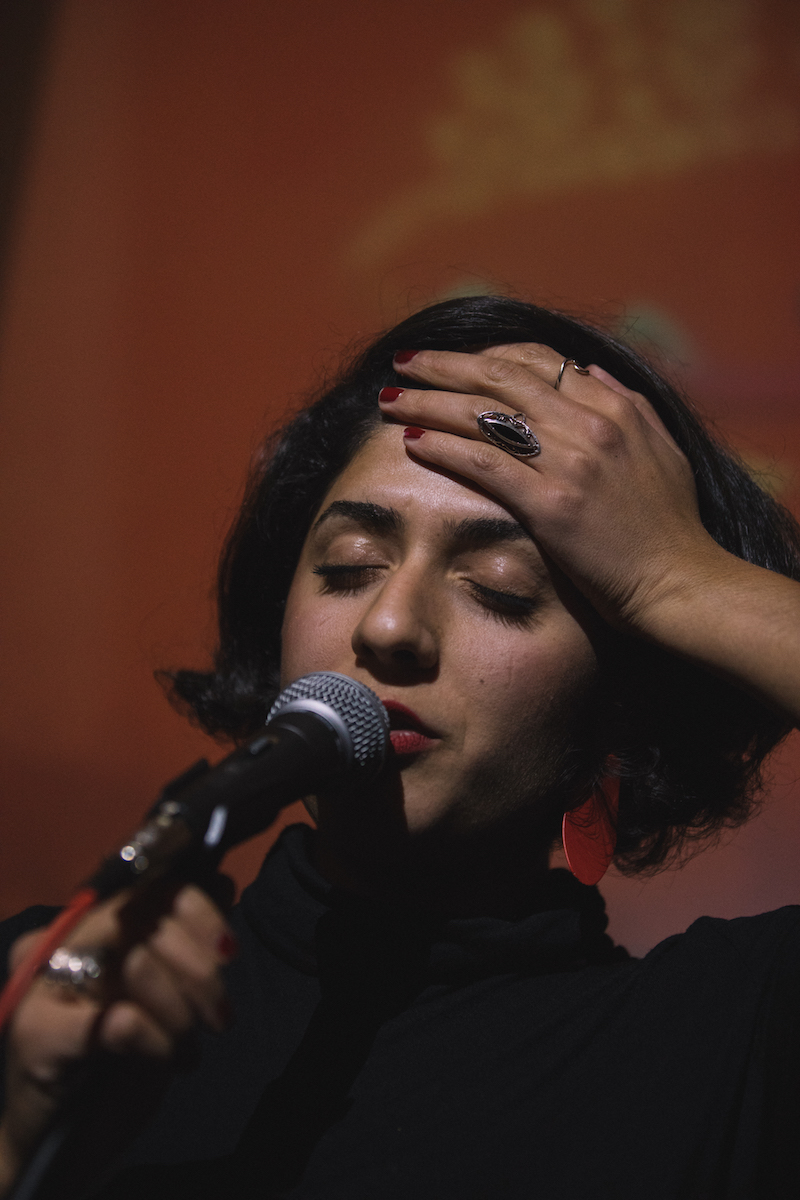 NA: You are a founding member of the political reading group ‘Parallelgeselchaft’ (Parallel Society) in Berlin-Neukölln, which takes place every two months. How do you define a parallel society? What does it mean to you?

TS: When marginalized people build a group, a union or just create a space to exchange ideas and experiences, it is seen as a form of isolation from the majority, and is viewed with suspicion.

In Germany, especially, where the idea of “integration” is a very big topic, one that easily swallows and forgets its fascist tendencies, these kinds of unions are often seen as a threat. A parallel society that is potentially dangerous. The name ‘Parallelgeselchaft’ is a little hint in that direction. The writers Temye Tesfu, Jacinta Nandi, Zoe Hagen, the musician Jokaa and I founded this group in 2017. Tired of the fact that we usually performed in places where we were the only POC, on and off stage, we wanted to create a space where we could do our work without being tokenized or having to justify the themes that we find important, the language we use to express them, etc.

NA: Moreover, you are a member of the ‘Slam Alphas’ association, which declared aim is to support women, inter/non-binary/trans people as well as other marginalized genders of the poetry slam scene in the German speaking countries of Germany, Austria and Switzerland. How can we move toward a more diverse, equal and inclusive society?

TS: I don’t think that I can really answer this question, but as far as my experiences with ‘Slam Alphas’ or ‘Parallelgesellschaft’ go, a big step is being able to perform together, challenging organizers and audiences with the fact that there is not only “one of each” next to the image of the majority society. For the longest time, the line up of a slam poetry event was either all male or had only one female performer present (let alone other marginalized genders or POC). The inability to connect with each other, share experiences, not view each other as competition but as colleagues and allies.

An association like ‘Slam Alphas’ helps to better make visible what a lot of people might not really (want to) notice: that there is in fact more than one person that could be booked for an event. But diversity, too, has become a market and it is very important to be aware of that and learn to protect each other from being exploited by clients and institutions.

NA: Tell us a bit about your upcoming projects.

TS: After ten years of touring and performing as a spoken word poet, a lot of the time on Slam Poetry stages, which can be very limiting at times, I have started to shift my focus in the past two years.

As much as my beginnings lie in the sonority of words, I have found a lot of pleasure in understanding more and better ways I can work with words on paper or on digital surfaces, understanding arrangement and sound, that do not need my voice nor my visible body to ring. It allows me to find new ways of thinking about resistant writing, interweave the question of content and form in a different way than before.

As for spoken word and performing, I am happy to be able to work with different musicians lately. I am trying to better differentiate for myself between page poetry and stage poetry, as well as blur the lines between them. But, at least for the moment, I prefer the word that is spoken to react to music and sound.

A thing that I feel becomes more and more important to me is challenging the idea of writing as a “pure” thing by combining text and visuals, working with video and starting processes of collective writing. 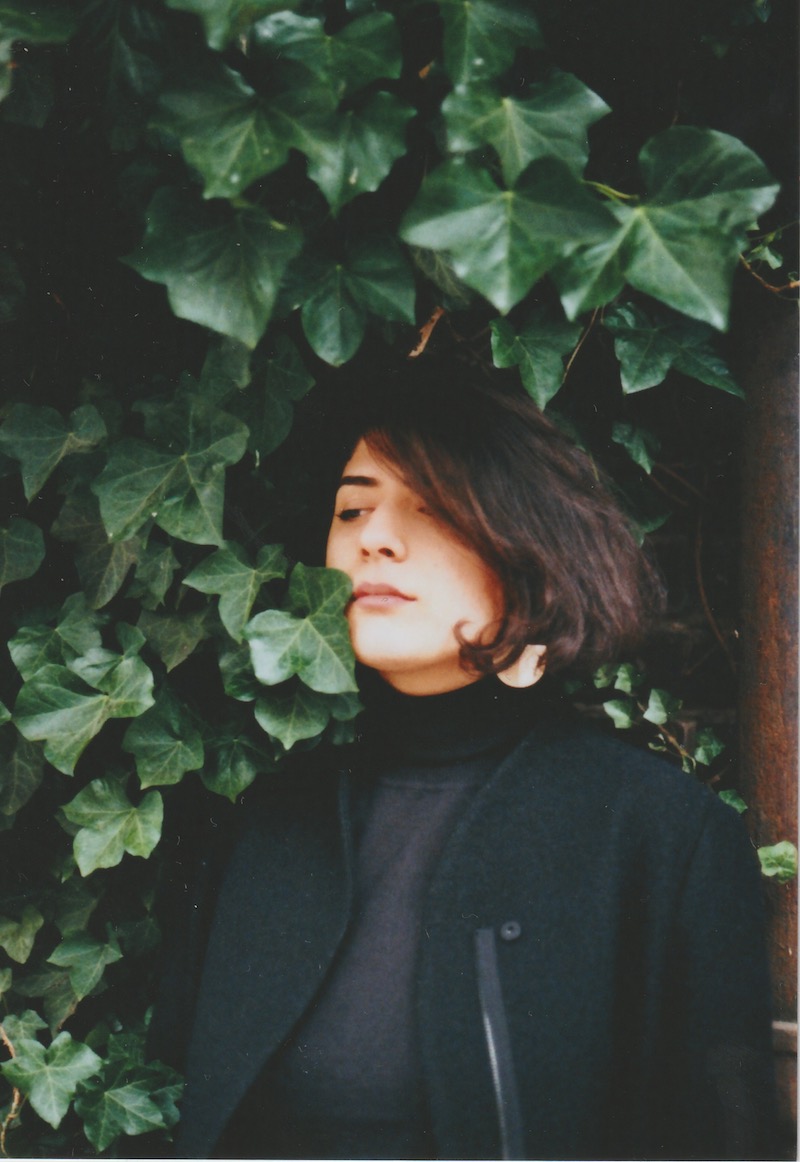