Irina Gheorghe is an artist whose works can be said to constitute a study of what is not there. Working primarily with performance in combination with installation, collage, photography or video, she addresses the tensions inherent in the attempts to speak about things beyond the possibility of observation. Informed by the philosophy of science as well as various experiences of absence, she asks us to consider entities that cannot be measured or detected with existing technologies. Her evocative use of language and gesture explores the ways in which science has expanded to integrate research beyond empirical methods; the convergence of science and art here is a place of both conceptual precision and poetic ambiguity. To experience one of her performances is an exercise in estrangement, and asks whether speculation itself might constitute a different epistemological mode.

Gheorghe’s upcoming solo exhibition ‘Methods for the Study of What is Not There’ will open at Künstlerhaus Bremen on September 25th, and she will also perform as part of the Berlin symposium ‘Writing Letters to Extraterrestrials’ from September 22nd to 24th at ICI Berlin. We spoke with Irina in a written exchange over the course of a few days about the Bremen exhibition and the poetic crossovers between philosophy, art, and science in her practice. 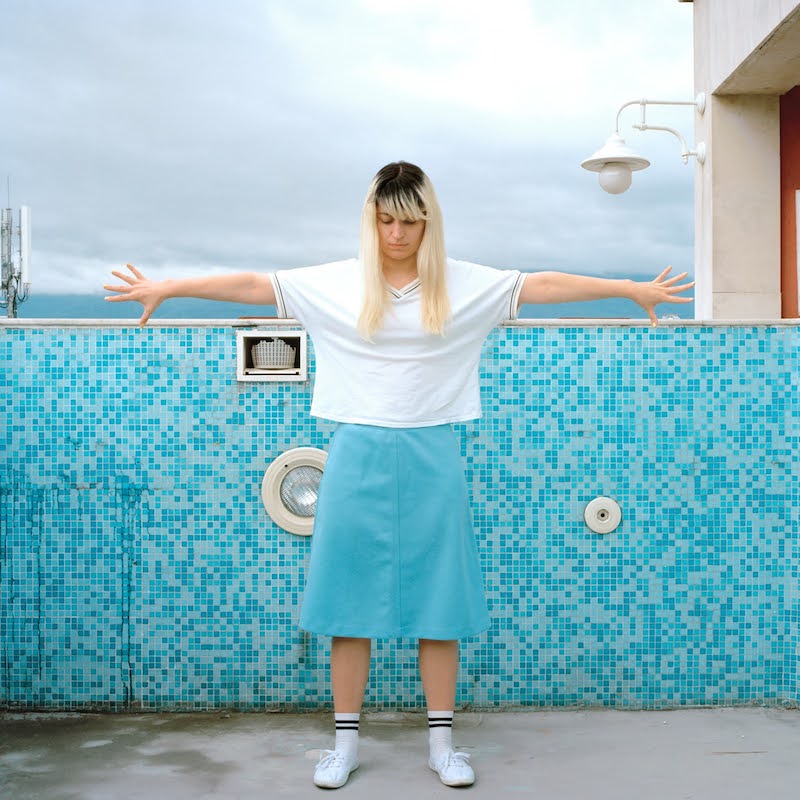 Irina Gheorghe: ‘Methods for the Study of What Is Not There,’ 2019, series of ten photographs, inkjet print from medium format negative, 50×50 cm // Courtesy of the artist

Alison Sperling: One of the things I know about your work, especially in the context of your ongoing project ‘Preliminary Remarks on the Study of What is Not There,’ is that you are interested in what you call “unobservable reality.” Can you tell us a bit about this project, its many developing components, and perhaps more about that which is unobservable? What is the method and means of observation in your practice versus, say, other epistemological modes?

Irina Gheorghe: The project as a whole started from an interest in the idea of the unobservable, as defined by the philosophy of science: a reality or process one cannot perceive with one’s unaided senses. And while some of these entities can be detected using instruments, what I found particularly compelling were the most inaccessible unobservables, which are simply undetectable. Their existence is posited for theoretical reasons, and as such is not impossible, but there is not enough empirical evidence to support it. Hypothetical objects such as Planet Nine, currently presumed to exist at the outer edges of our solar system, but of which no detection has been so far possible. These objects naturally pose a problem to science in that they require a method of study that cannot be exclusively empirical, but they also create a conflict for art, both theoretically and practically. It was this conflict that I found most interesting – it’s not for me to answer the questions of science, but I felt it was worth exploring their implications for art. How does an entity like Planet Nine become productive for artistic practice? It is a conceptual premise, but it still needs to find an aesthetic, embodied manifestation. Despite conceptual art’s big claims in the 1960s and 1970s, there is no disembodied, immaterial art. 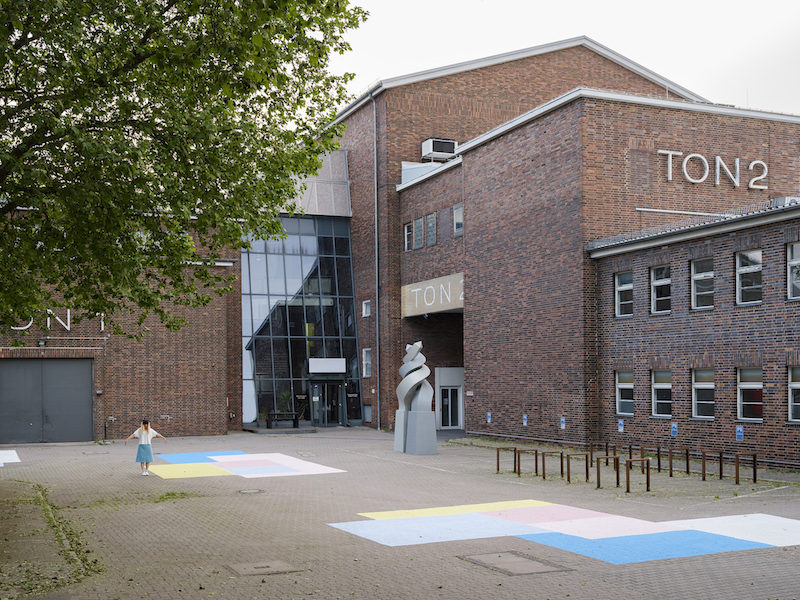 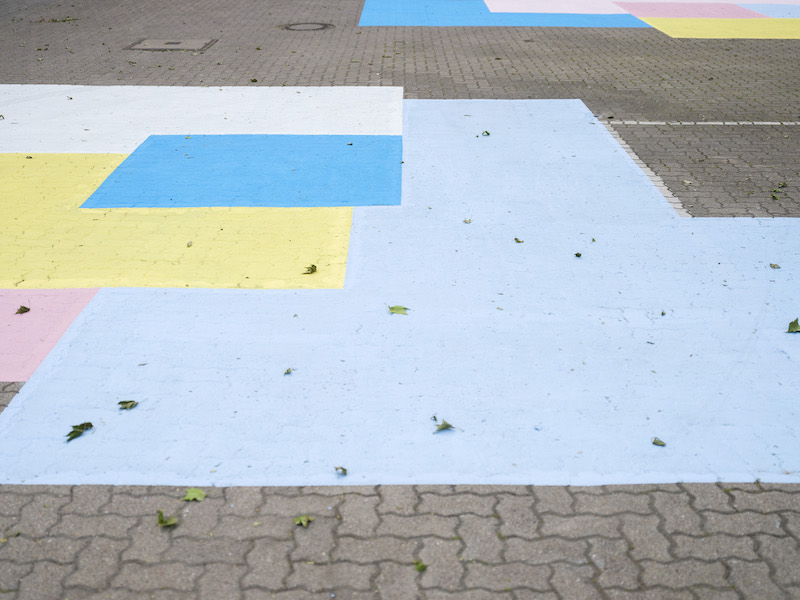 Irina Gheorghe: ‘All the Things Which Are Not There (Berlin),’ paint on asphalt, installation view from the group exhibition “Common Ground”, Berliner Union Film Ateliers Berlin, 2021 // Photo: Heinrich Holtgreve, Ostkreuz

AS: In the various spaces you work with for this project, as you move around the room you speculate on things that are not there. I’m always struck by all of the really different ways a viewer might understand the kinds of things you are attempting to locate. Are the unobservable entities you’re concerned with in your work mostly examples from the sciences, or are things like (possibly lost or erased) histories or even other kinds of entities also of interest to you here?

IG: I’m glad to hear that many different ways of imagining what is not present come to mind during the performance. I wanted to leave this open, that’s why I don’t give any specific examples, and instead introduce categories. Things which are not here which are, things which are not here, which are not. Things of which we cannot say, whether they are or they are not. Things which have been. Things which have not been. And so on. But I never say explicitly what these things are, and one of the reasons for it is that I don’t want the work to be perceived only in terms of my precise interest. I might have started this research because of a specific curiosity for certain inaccessible entities in contemporary science, but it is important to me that the performance activates other absences. I find ambiguity to be a very productive tool, and thematic content only partially relevant to the way artistic practice functions. Not to take sides in the old debate between form and content in art, as they are both significant, but just as a reminder that they are in a constant battle. And sometimes form manages to kill content, thankfully.

So for me this work was not so much about bringing the invisible things I was interested in to a concrete space, but more about what happens in this space when you pretend to do this. And, in a way, also about the absurdity of this attempt, if you push it too far. The performance promises an informative lecture on that which is not present, which it delivers to a certain extent, until the body gets in the way. My own body as I’m going through endless repetitive structures, or the bodies of those present when they are suddenly placed on the same level with numerous imperceptible realities. After one of the iterations, while we were having a drink outside, someone even told me: Oh, it’s good to be out, it felt really stuffy in there with all those things. 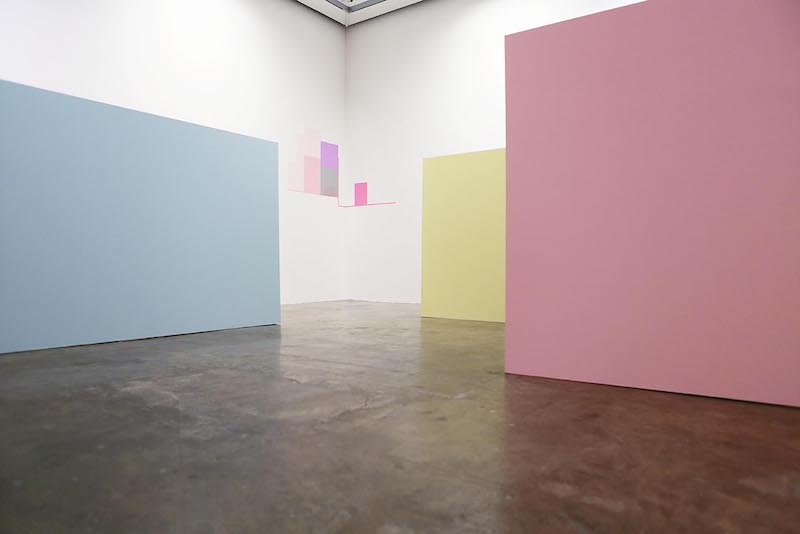 Irina Gheorghe: ‘All the Things Which Are Not There (Dublin),’ 2020, installation view, Project Arts Centre, Dublin // Photo: Senija Topcic

AS: That’s a really funny comment, and also provocative to think about how unobservable and imagined entities can crowd or fill up a space. I want to ask you more about your philosophy background and how it informs the project. You’ve recently finished an artistic practice Ph.D. at the Technological University Dublin’s GradCAM department. Can you tell us more about the relation between philosophy, science, and your artistic practice?

IG: Philosophical questions have been in this project more an initial impulse to pose similar questions in artistic practice, rather than a direct support for it. I believe there is ultimately a gap between theory and practice, and while a dialogue between them is possible, I think that an acknowledgement of this gap is needed. I think philosophy, science and art can ask similar questions, and this was for me the most important aspect of the relationship between them, but their responses will also be quite different. Art should not have to explain itself through ideas provided by philosophy, or to try to illustrate them – I think this is the danger of the artistic Ph.D. format, one that each artist tries to resolve in different ways. There is no reliable recipe which can make the relationship between theory and practice work smoothly; if anything, I think the only solution is to accept the losses inherent in the transition between them, the inevitable distortions and disjunctions which are bound to appear. 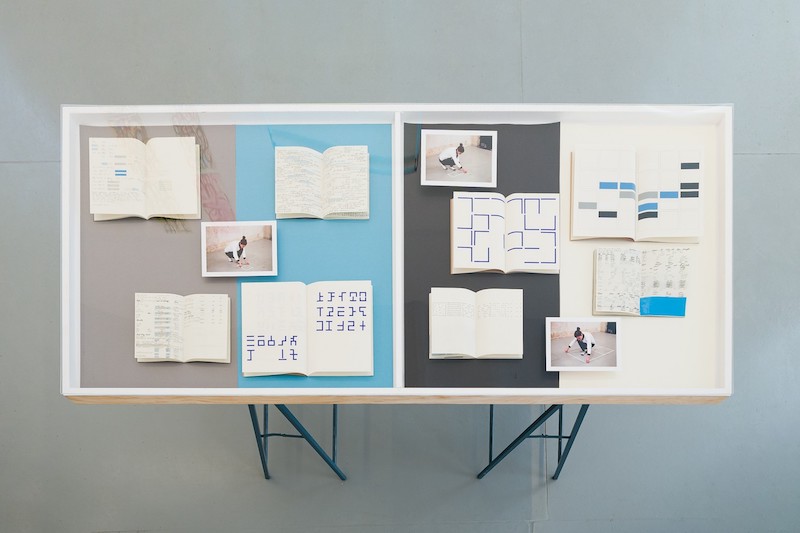 AS: That’s really interesting, to think in terms of what is lost in the work between theory and practice rather than try to imagine they somehow smoothly inform one another. Maybe one way to think more about this is to say more about the many elements that make up Preliminary Remarks on the Study of What is Not There in its many iterations. The piece is of course a performance work but it also includes an installation. How are these various parts working together in the project, in its past expressions and/or in the upcoming show in Bremen?

IG: The performance was the first element in the project, and as a result it was the one that retained the strongest connection to the theoretical questions that it started from. It began as a lecture performance claiming to provide some knowledge of things not present, but which then develops into a guided tour through these things, precisely placed in space and divided – which is of course ridiculous. The installation then builds on this idea that you can draw maps of invisible territories, and uses the spatial divisions constructed by previous performances, in their respective locations, as the source of abstract tape interventions. The next work was a series of photographs, which extract separate gestures from the performance and restage them as a movement score, in the same locations. Out of this came the most recent part of the project, a sound piece, which in a way passes on the performance from me to the person listening, and sometimes even from the exhibition space to one’s own private space through a series of instructions. The exhibition in Bremen will be the first time all these elements in the project are shown at the same time, again in a new configuration as part of a new, site-specific version of the installation. The question of what is lost is central to all the transitions from one moment to the next, not only from idea to practice but also from one practice to the following one. I don’t mind that though, I think it’s important to incorporate loss in the work. Complete access is never possible anyway, and on a larger, cosmic scale even less so. I’m more interested in what partial access produces: how the imagination of what is absent might alter what is present. 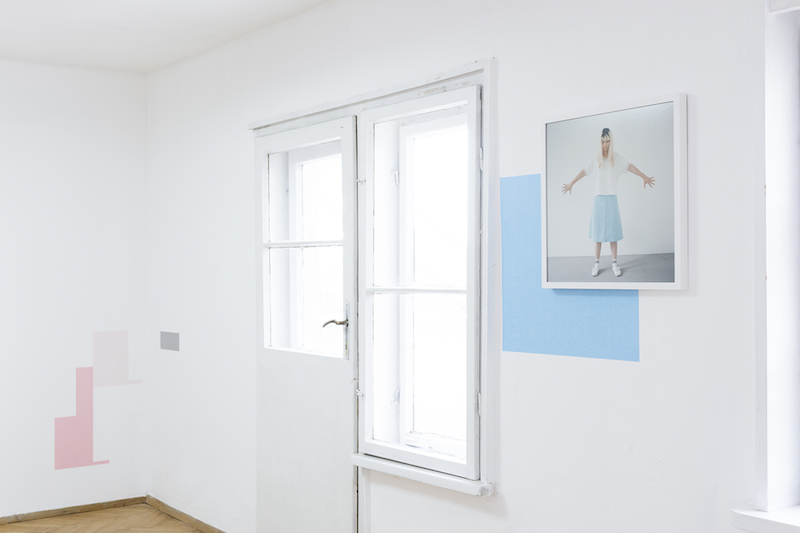 Irina Gheorghe: ‘All the Things Which Are Not There (Sofia),’ 2019, installation view, Swimming Pool Sofia // Photo: Yana Lozeva

Irina Gheorghe: ‘Methods for the Study of What Is Not There’
Curated by Nadja Quante
Exhibition: Sept. 25–Nov. 21, 2021
kuenstlerhausbremen.de
Am Deich 68, 28199 Bremen, click here for map