The white light of a streetlamp half-hidden behind a building illuminates dark footsteps in the snow. The light suggests a presence, though this presence is tucked away, sheltered in the dark corners of the night. Aware of the life that cannot be perceived in this photograph, the scene seems to be paused, suspended. ‘In der Fremde: Pictures from Home’ is a collection of photographs by Romeo Alaeff, accompanied by a series of essays, depicting the streets of Berlin at night. Alaeff’s work includes a variety of media, ranging from drawing to photography and film. His work frequently includes text, such as in his ‘Evolution of Despair’ series (2004–2011) and his ‘Life is Not Funny’ series (2008–2011), and is often used to point out the role of language in the constitution of the human subject, as well as exploring the interplay between text and image. 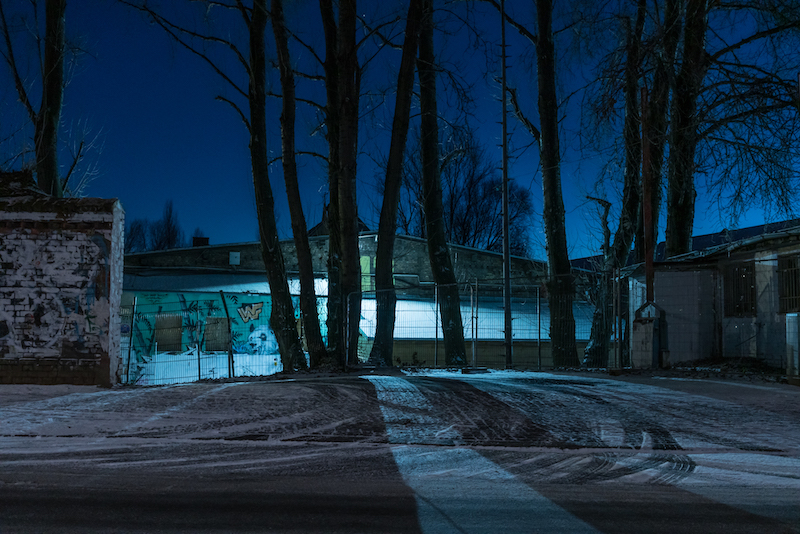 Over the eight years that this artist from Brooklyn, New York, has been living in Berlin, Alaeff has been getting acquainted with the city via night walks with his camera. The pictures, in this sense, document the development of his relationship with Berlin. It is a careful and quiet introduction, illuminated only by streetlights that frame the otherwise desolate streets. It is a side of Berlin we rarely think of when picturing the nightlife in this city, but a reality all the more present in our city in recent times, as most of the nightlife places that Berlin is known for remain closed due to the COVID crisis. During what Alaeff calls “witching hour,” one can witness the stark transformation of public places around Berlin. Alaeff searches for the parts of the city abandoned by tourists at night, the places that are often ignored, rendered invisible. 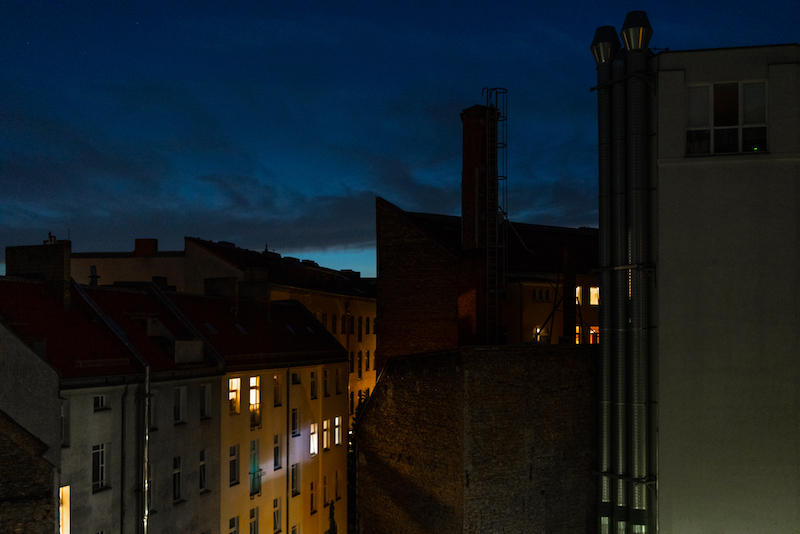 But the empty streets of Berlin that Alaeff depicts in his images are often not empty at all: lights behind the windows suggest life; people quickly cross the street, on their way home. The people present in Alaeff’s photographs point towards a distance, an alienation from the place he moved to a few years ago. With ‘In der Fremde: Pictures from Home,’ Aleaff reflects on the concept of belonging to a place, creating a collection of photos that depicts Berlin at night, as seen through the eyes of an eternal outsider. Framed by Alaeff’s personal cultural background, the images touch on themes of immigration and migration, of a search for belonging and the complications that accompany such a search. “As I get lost down Berlin’s desolate streets, I often think about the plight of my family, everyone of them emigrants from somewhere: Yemen, the USSR, Germany, Poland, Lithuania, Israel, the United States. I think a lot about what seems to be a universal experience-that of being, literally or metaphorically, an outsider,” Aleaff says in a recent video. Straddling nations, cultures, physical places and political contexts, Aleaff explores the different manifestations of alienation and estrangement. 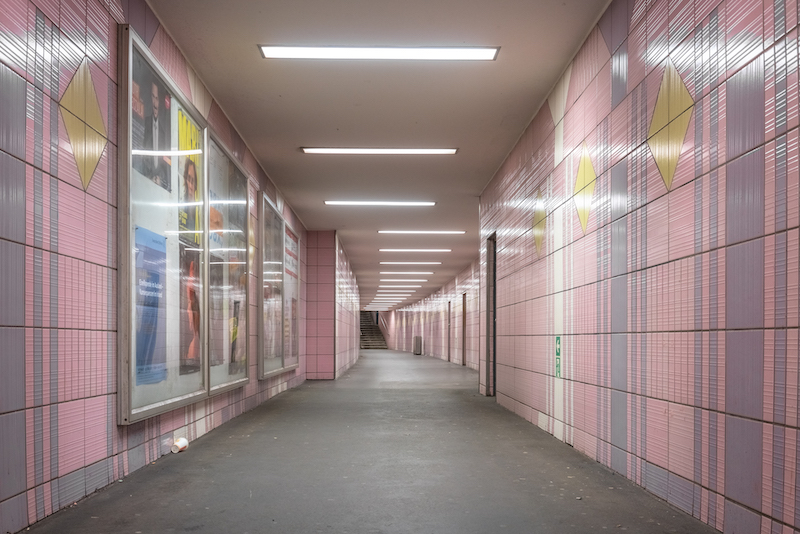 On Saturday, September 11, Alaeff will present his photobook at Urban Spree, along with a display of prints; there will also be a book signing in partnership with the publisher, Hatje Cantz, and the book’s editor, Nadine Barth.