Although El Salvador’s area is just over 20,000 square kilometers, 170 volcanoes are lurking right below the surface. This underground tension seems to have an effect on a population that still lives among traces of a civil war as long (1980-1992) and bloody (more than 75.000 people dead and missing) as it was poorly resolved, with the controversial “Acuerdos de Paz” (Peace Accords) of Chapultepec in 1992. The Fire Theory (TFT)—an artistic group born in the smallest country in Central America—reasonably states that “dedicating oneself to art with this kind of background is ‘an act of faith’.”

From out of this context, these five artists—Melissa Guevara, Crack Rodríguez, Ernesto Bautista, Mauricio Kabistan and Mauricio Esquivel—got together and asked themselves how art can impact their reality. The answer was: fire. “We were born from the idea of how to make fire; you need a medium, fuel and a trigger.” With these three steps in mind, they developed a course of action in the artistic, curatorial and cultural management fields. In 2016, they organized a soccer match between two teams made up of ex-combatants of the Salvadoran guerrillas and veterans of the Armed Forces of El Salvador, on a field that was a former battlefield during the Civil War. They documented the “political-sport event” in the video ‘The Game.’ Between 2017 and 2018, they developed the exhibition ‘Re: Construction Project,’ focused on transnational identity, intergenerational knowledge and the social effects of the armed conflict in El Salvador in the 1980s, by gathering stories, objects and photographs. In 2018, they created the project ‘Denied Declaration,’ a month-long exhibition where notary lawyers received statements from activists and victims whose human rights had been violated. The statements were then authenticated and presented to the public who visited the museum. In 2019, they curated ‘Martirio,’ a tribute to the 30th anniversary of the massacre of the martyrs of the Universidad Centroamericana (1989), containing some of their more cogent initiatives and showing how their work is aimed at bringing positions closer, rehabilitating through art and reuniting a society that is still fragmented by its past and mistreated by current powers. 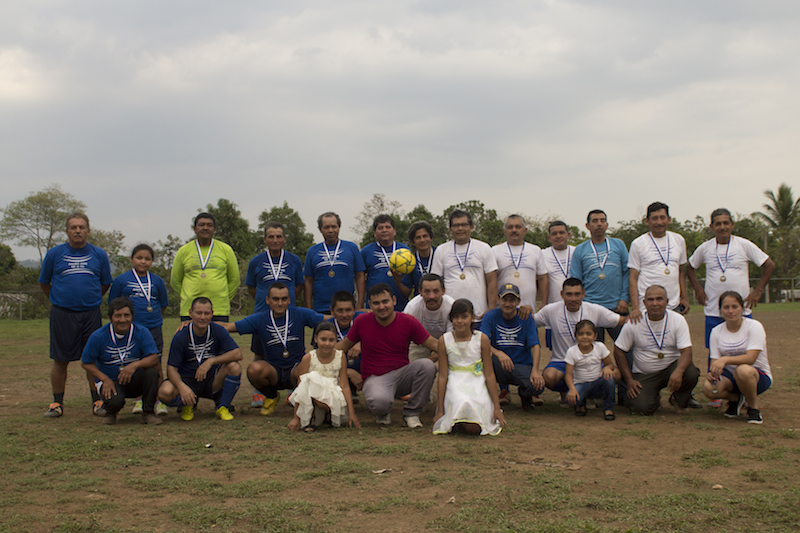 Juan José Santos: In many of your projects you reflect on the violent conflicts of the 80s, years in which you were all children. Why were you interested in recalling that period?

The Fire Theory: All members of TFT were born during the time of the war. We are a generation that does not remember it completely, but that already existed at that time: we are children of the war. Therefore, we have inherited the legacy and the consequences of that historical period. We try to respond to a void that was inherited, to understand a space that we did not have access to because of the educational system. Out of a commitment to establish a dialogue with the memory of those who gave their lives, we believe that the least we can do is become vessels or interpreters. We feel that it is our duty to replicate those voices that resonate from the past and that constantly tell us to not repeat the same mistakes that they made, reflect a lot on what happened, and create a connection with younger generations.

JJS: I would like to talk about your work ‘The Game’ (2016). How did the idea come about and how did the game develop? Was there any reluctance from the people who were involved?

TFT: TFT’s philosophy is to tune into languages closer to the realities of the ones who are involved. We try to have dialogue from the popular and the everyday, and reinterpret territories, memories, interests, presences and absences. In ‘The Game,’ the intention was to channel the political results of the “Acuerdos de Paz,” in a proposal or response from the community. We identified a need to generate encounters between ex-combatants of the Salvadoran guerrilla and the armed forces of El Salvador, at the time of the match and during gatherings. We all realized that we live in a society of opponents, enemies, parties. ‘The Game’ was seeking an encounter. One of the characteristics that worries us is the prevalence of the enemy, the need to take sides, the “for or against” binary. We enter into the logic of this competition—football—a proposal that generates contact and closeness. The proposal was to mix both sides in both teams, thus defining a camouflaged reconciliation to strengthen their coexistence. 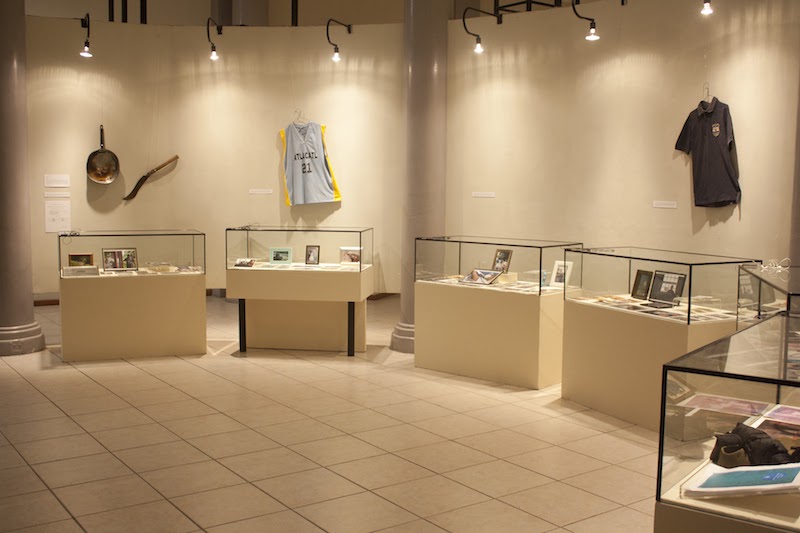 JJS: The exhibition ‘Re: Construction Project’ (2017–18) directly refers to the term “reconstruction.” What is rebuilt? Do you think you can rebuild through art?

TFT: Re-construction is a term that was used as an analogy and is based on the experiences of displaced people during the war era of the 80s. Sayre Quevedo, the initial creator of the project, used it as a metaphor that overlapped the period after the Salvadoran Civil War. His research was documentary-testimonial, as he was a journalist and was interested in involving artists in the project; thus, he began this collaboration with the objective of provoking interest in historical memory. In this case, the memory of various protagonists who experienced the war from different points of view was reconstructed: soldiers, guerrillas, families, children orphaned by war, LGTBIQ + community—all of them have a piece of history represented in this exhibition through their testimonies and personal objects.

JJS: This project traveled to the United States: do you think that when we talk about Central American art, people often think of art that is about violence? Is this perhaps a clichéd view?

TFT: The focus of the project is on civil conflicts caused by the social inequality implanted in our country since colonial times, which results in violent contexts, and therefore becomes a way to exercise memory. Social conflicts should not be categorized as a cliché coming from “violence,” because to do so we would have to place that same judgment when referring to major issues of historical inequality and exclusion, such as racism, for example. And there is a reason we continue to talk about it: the exacerbation of violence has not been eradicated nor minimized, especially from the state, which generates government after government that is more repressive than the previous one. Art accepts techniques from different disciplines that can be combined and can create something like ‘Re: construction,’ which merges journalism, testimonies and contemporary art to create a dialogue with the viewer. 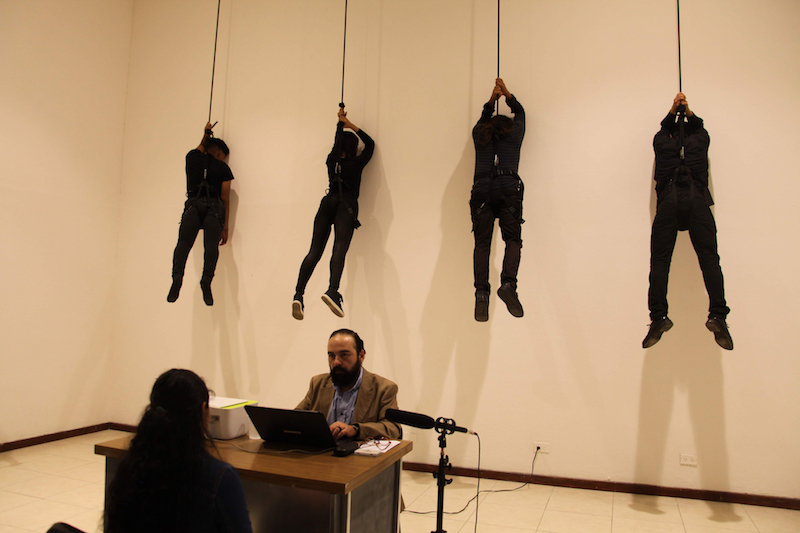 JJS: In ‘Denied Declaration’ (2018), you worked with notary lawyers who received statements from organizations, activists and victims who had suffered human rights violations. How do you approach the concept of “repair” in the artistic context? Do you think that art has to fulfill that function?

TFT: Through this intervention we generated constructions in the people’s imaginary, people who had been denied the declaration and reporting of violations of human rights in any tangible and intangible space. The testimonies by lawyers/notaries were crucial, as they gave them a legal value in the museum, a space that traditionally can only be accessed by people with privileges. We propose to redefine this denomination as “public spaces” that have been expropriated by the borders and by the relations of the spectator and the protagonist, relations that have been strengthened by the elite spaces of the arts, since the mere act of setting foot in a museum is a revolutionary act for people who live intimidated by the demands for survival and the incorporation of systematized entertainment. When we make their voice an object of conservation, we are elevating the power of words, expression, complaint and the registration of its materialized public space. The original statements were given to each person who made them, as a tool for their own legal processes, and we filed a copy into our project registry.

Art should be committed to offering tools that can channel what has been minimized in cage-like shows, tuning into dialogues, actions or policies created by multidisciplinary teams that can strengthen human coexistence and provide alternatives towards better politics, not from reparations but from individual and collective reflection. Policies, which are subject to curation to improve their design, should also be considered art. 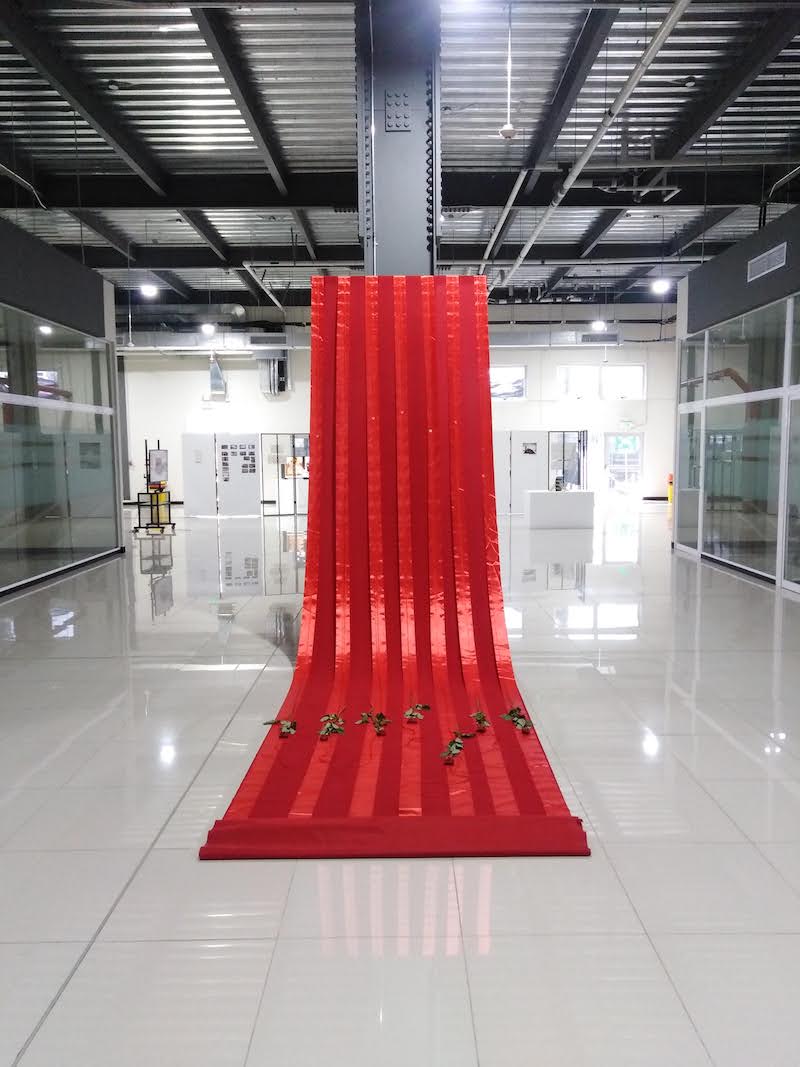