With a background in classical music, Sam Eyvaz played the viola in various symphonic orchestras in his hometown, Tehran, for several years. Eyvaz, however, soon discovered a passion for other genres of music, which at the time were considered more “underground,” such as rock and punk. This interest opened up a whole new world to him and he began playing the drums in some underground bands. In 2011, Eyvaz joined the electro-rock band Langtunes and toured Europe with them in the coming years. Calling Berlin his home from 2015 onward, Eyvaz continues to explore different genres and combines his music career with a curatorial practice.

In 2020, Eyvaz founded Future East Festival–a music and new media art festival that brings together non-western musicians. The second year of the festival, which took place at Musikbrauerei during the first week of October, gave us the perfect excuse to sit down with Eyvaz and discuss his artistic aspirations. 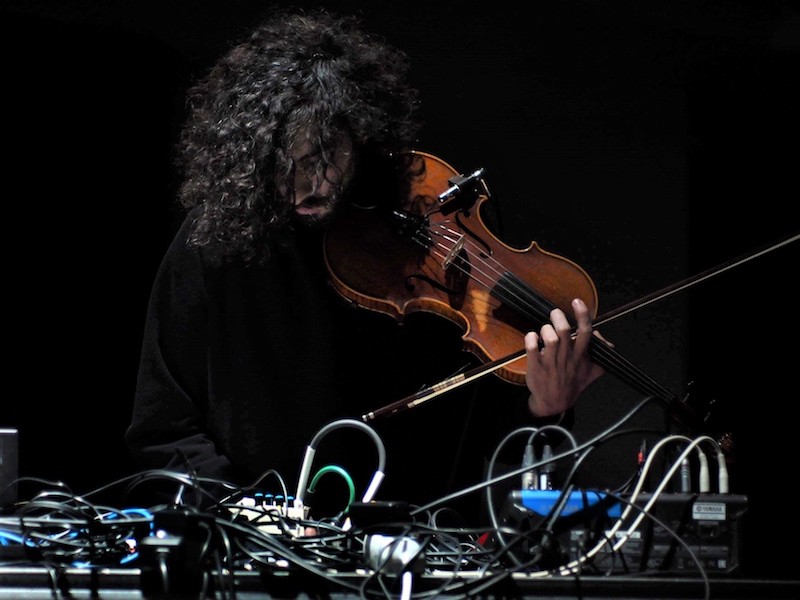 Noushin Afzali: You started your artistic career as a violist playing in symphonic and contemporary orchestras and ended up as an electropunk drummer in the underground indie scene in Tehran. What brought on this drastic change?

Sam Eyvaz: At a very young age, I started to go to western classical concerts with my family. There, I discovered string instruments like the violin and viola. Since I was a kid, my dream was to perform on the stage and play in orchestras. During my teen years, however, I got to know a whole other world and discovered other genres of music, such as rock, punk, indie and electronic. After school, I hung out with my friends and music played an essential part in our lives. We would listen to it, play it and share it with each other. I was being increasingly absorbed into this lifestyle and soon I found myself playing the drums in various bands. 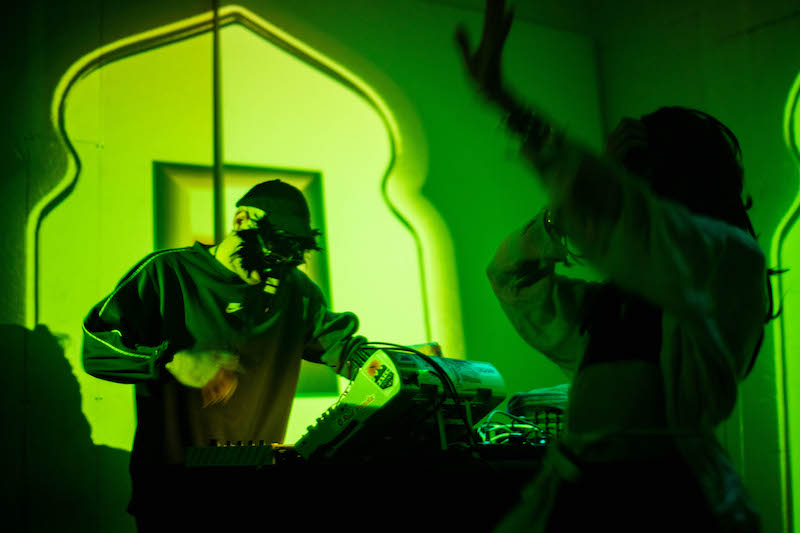 NA: Under the name Tehran On Their Ground, you bring together alternative Iranian contemporary artists and give them a stage in Berlin to perform. The name, a playful pun on “underground,” brings to attention the duality of artistic expression in a society where there is a stark contrast between the public and private spheres. How did you experience this duality? What were its implications on your creativity?

SE: Most of what I have curated so far under this name gave the stage to radical pop music bands and musicians who either live in Iran or the diaspora. However, most of the artists from Tehran also had their albums released in Iran and played concerts on public stages. “Tehran On Their Ground” refers more to the fact of establishing an independent platform to produce and develop Iranian radical-pop events in a diverse, open-minded and creative scene like Berlin.

Over the last decade, a lot of young people, for different reasons, have immigrated from Iran to Europe. Having this kind of hub for Iranian artists in the diaspora is essential. My aim is to provide a platform for this music, which needs to be presented and heard—either in Iran (underground), or in the west “on their ground.”

Of course, performing art or producing events out of Iran requires a different approach. You just need to be imaginative and go for it. Sooner or later, you’re going to make it, especially when you live in a city like Berlin. In Iran, the difficulties and restrictions pushed me to be more creative; in a way, it motivates you to look for ways to do what you want. The same thing happened to me here when the pandemic hit and I had to find creative ways to express and share my art.

NA: What inspired you to organize the Future East Festival?

SE: When I discovered Berlin’s electronic music scene more and its advanced sound festivals, such as Club Transmediale, Atonal, and many others, I was deeply inspired by the performances and presentations they offered. I started to think of a futuristic and explorative platform that works primarily with non-western, up-and-coming artists as well as established ones. The initial idea was shaped right before the pandemic when I found myself more established as a curator. After the first lockdown, Future East Festival was reformed to a virtual reality and music festival. Actually, that was a very inspiring time for me. I remember April-May 2020 I was searching for innovative ideas to run this event as a unique online festival. I wanted to produce more abstract events in harmony with virtual reality. This needed special artists and a mysterious location!

After visiting the venue Heilstätte Grabowsee, an abandoned hospital in Oranienburg, all the ideas and the concepts fit together. With the help of my partner, Tim Novikov, and the Musicboard’s grant, we produced six 360-degree CGI (computer-generated imagery) videos. They premiered on the festival’s Youtube channel. Right after that, we opened up a Mozilla-based VR Hub in December 2020 for a virtual audiovisual experience that gave the audience the chance to interact with each other during the harsh months of the lockdown. 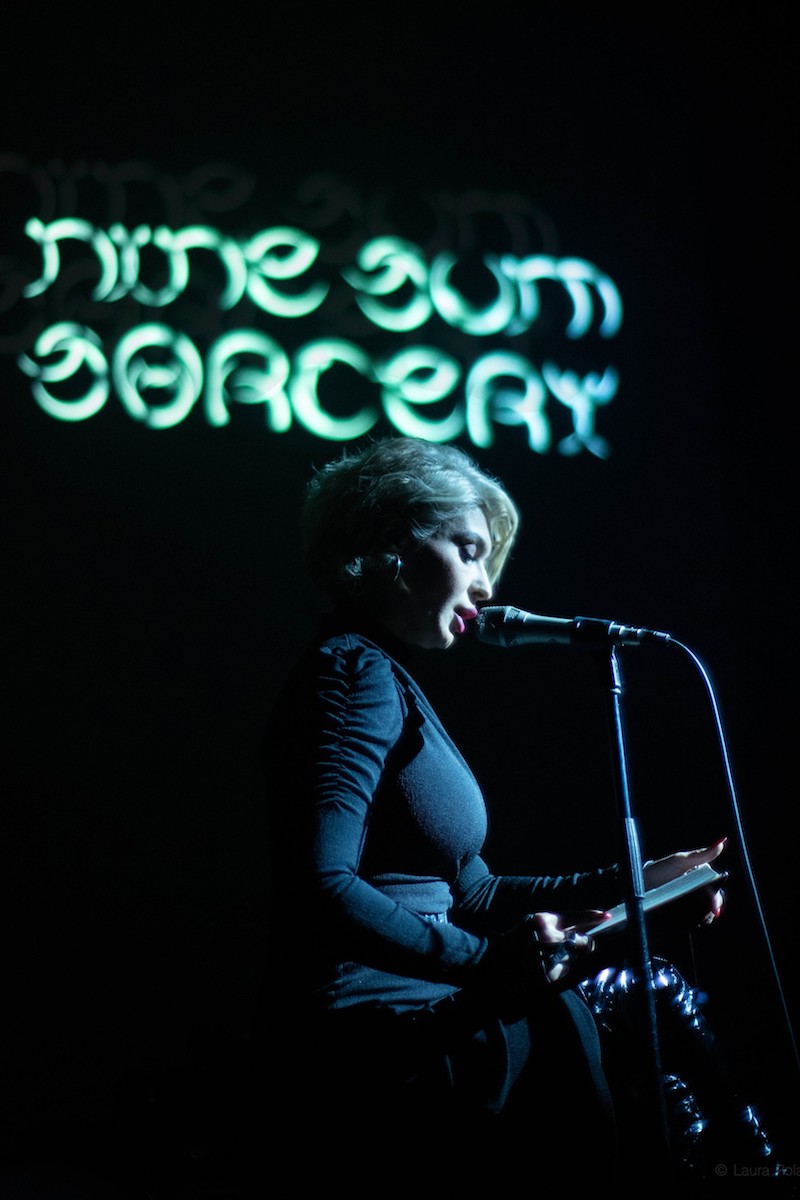 NA: This year the theme of the festival was “integration.” Why did you choose this as the main theme and how do you define the term?

SE: It all began with the concept “Re-emerge” in 2020, when I visited the abandoned hospital for the first time. Something grabbed my attention: the roots of plants that came out from the abandoned building’s cement walls. There, the idea of re-emerging came to my mind. I used this metaphor to describe creative artists who pass all the bureaucratic barriers and immigrate with the hope of being able to express themselves better in their new environment. For the second year, I chose “integration.” I thought: if this new creative root wished to re-emerge in a different environment, like concrete and walls, it needs to adapt and integrate. I tried to showcase performances that integrate different elements with each other in a creative way. I wanted to create a platform where the term “integration” could be critically discussed. Integration is not only about becoming something that is already established. It’s also about defining your creative path as you mature and bloom in unexpected ways. 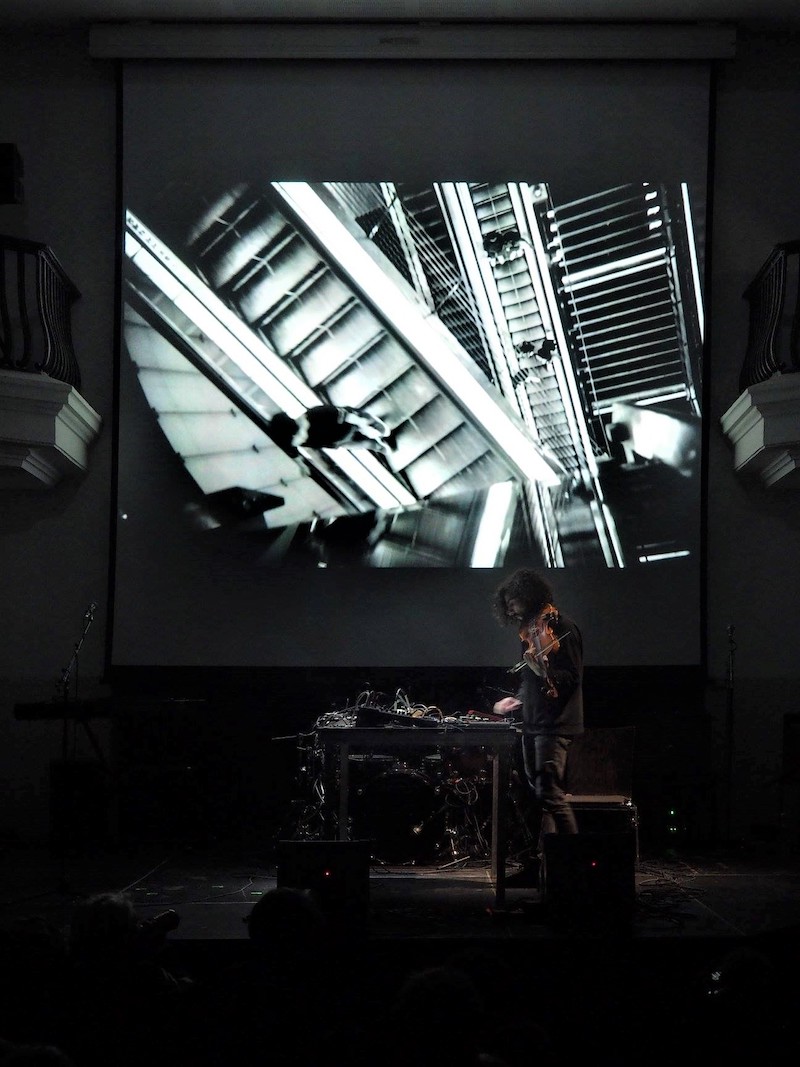 NA: Tell us about your upcoming projects.

SE: We will release part two of the festival on December 8th, which will be an online A/V experience. The new media artist, Tim Novikov, will create a virtual world for Future East 2021. This will be a one player Unity-based 3D world, which will showcase A/V sculptures by Arash Akbari, a new media artist based in Tehran, a special 4D sound work by Lindred in collaboration with myself, and an overall look to some of this year’s sound artists with visualizations by Tim Novikov. I’m also releasing an EP I made during the pandemic last year, which includes two songs in collaboration with the Korean producer and visual artist Red Pig Flower. This EP illuminates those human beings who can’t easily be placed into a single category of existence. It represents and highlights the semi-autonomous boundaries of the social world, ambiguity and disoriented rhythms.