Elena Felici is the director of ‘BusLine35A,’ a short animated film that will be showcased at this year’s interfilm Festival. The animation is set onboard a bus, where a young female passenger is being harassed by an older male. Though the other passengers are aware of the uncomfortable scenario unfolding, they do not intervene. We spoke with Felici about what inspired her to dissect this all-too-familiar situation and the artistic choices she made to make the narrative feel as real as possible. We also discussed her passion for animation and cinema, and her recent work on Netflix’s series ‘Love Death + Robots.’ 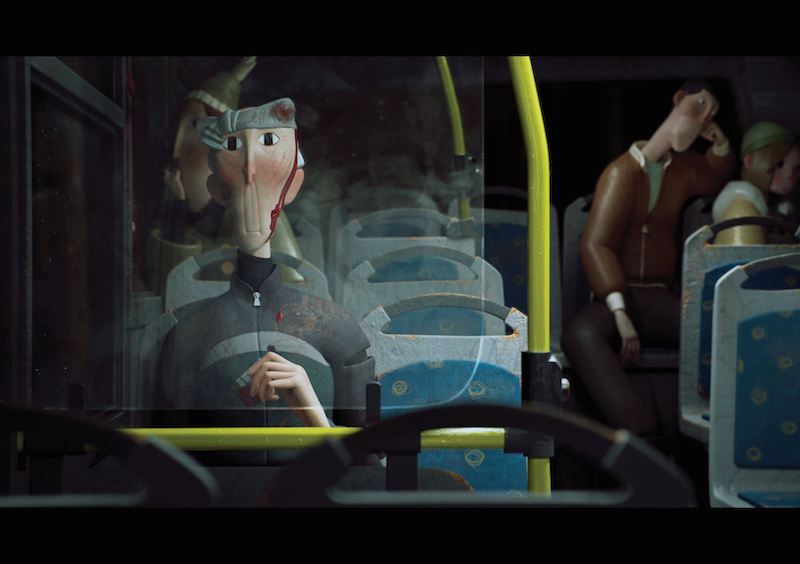 Alice Connolly O’Brien: Your film ‘BusLine35A’ depicts a man harassing a young woman on a bus journey and an obvious lack of intervention from the other passengers. Could you explain why you chose to look at this issue in your film?

Elena Felici: Two years ago, while developing a different idea for a short film I had in mind, I kept on falling into this tunnel of the human condition, namely, the perception that we are not as great as we believe we are. Oftentimes, psychological phenomena will get in the way of our false feeling of perfection. I find myself repeatedly stumbling upon the topics of selfishness and individualism in my stories. They bother me.

In my life, I have experienced both sides of the coin explored in our short: I have both been a victim of sexual harassment and a witness to it. I felt that opening a window on the bystander effect happening around these critical situations could help me, and hopefully, the audience, reflect on sexual assault on a deeper level.

ACO: Your film will be featured under the category ‘Lifting the Veil,’ which considers how we process personal experiences or trauma. In what way do you see this theme relating to your film?

EF: ‘BusLine35A’ has a peculiar way of depicting reality. We experience it through the eyes of three bus passengers witnessing a dramatic backseat scenario, and yet, even then, the actual plot of the short remains covered, not on the nose.

We decided to narrate the story from three different points of view and lift its style to psychological realism rather than cinéma-vérité, meaning that we tried to express more what this kind of situation could feel like rather than sticking to pure documentary realism. We added a narrative voice and humoristic inserts. These elements helped us explore the theme on a more cognitive and satirical level.

Personally, that is the way I relive these events when rewinding them in my head. Something paradoxical happens, where my intention to intervene gets dominated by a sense of social paralysis, and I feel inept, unable to act. 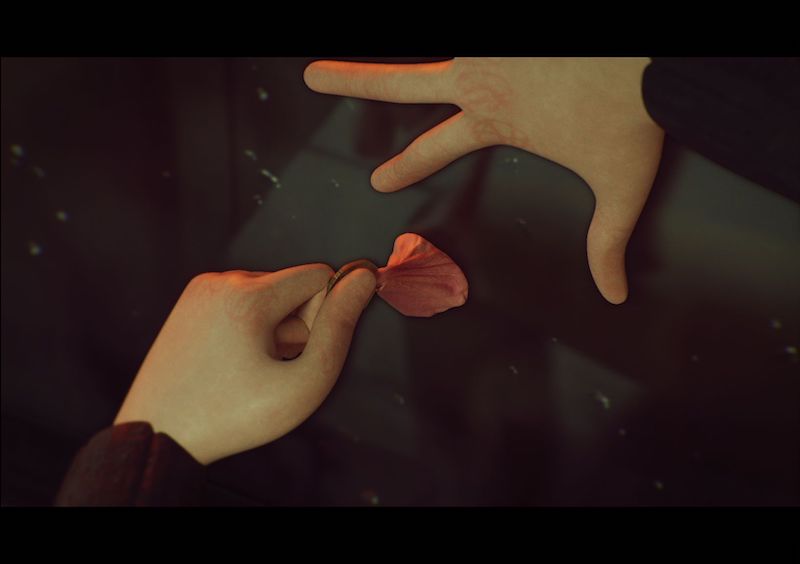 ACO: Last year you worked as the assistant director for an episode of Netflix’s series ‘Love Death + Robots’. As an artist, how do you feel directing/creating a short film differs from creating an episode in a series?

EF: Well, first of all, ‘Love Deaths + Robots,’ being an anthology, cannot quite be considered a typical series. Its episodes are not narratively, nor stylistically, connected and each one of them has a unique style. Of course, there is the main genre grouping all of the shorts, but overall each piece is treated individually by different animation studios around the world. For this reason, I enjoyed working on the show together with Meat Dept. (French collective by Kevin Van Der Meiren, David & Laurent Nicholas). The atmosphere at the studio was close to the one I experienced when developing ‘BusLine35A.’

Working with Blur Studio (the production company of ‘Love, Deaths + Robots,’ headed by the director Tim Miller) was an interesting experience. Blur was supervising the whole series and making sure each piece reached the same level of quality as the others. This was probably the main difference between developing our own short and an episode for a series: we had to reach a certain condition agreed by the production company and until we hit that, we had to keep on working. 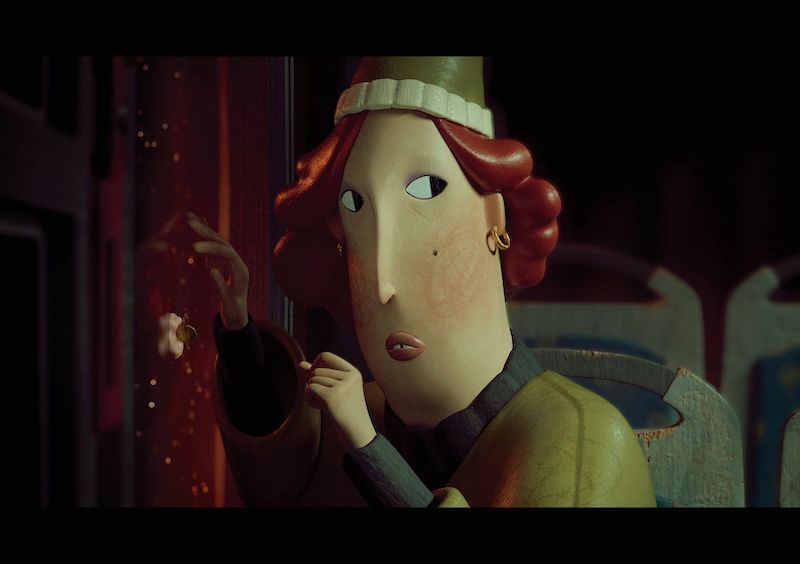 ACO: Thus far, your career has been powered by animation. What inspires you the most about this media as a mode of storytelling?

EF: My passion for animation wouldn’t exist without my interest in cinema in the first place. For me, everything is fuelled by that, it all comes from a rooted obsession with storytelling.

For me, personally, there is a thin line between animation and cinema. I always cross them over and try to improve my professional knowledge in the live-action process, as well. I often hear from former viewers of ‘BusLine35A’ that they could sense my interest in cinematography just by looking at the short and its style.

My passion for animation doesn’t come from art, and I never realized I was interested in it until after high school. For this reason, I believe the way I develop animated shorts is not as independent as a lot of my fellow animation filmmakers. Even though I relate a lot to animated shorts, I feel more at home in live-action films.

That said, when comparing animated and feature films of acclaimed directors like Tim Burton or Wes Anderson, it seems very clear to me that the animated media allows the artist to better express their drive. The abstraction required by animation makes a filmmaker dive deep into their roots and almost primal feelings.