Lucy Beech is an artist whose practice encompasses filmmaking, writing and performance. In her collaborative performance work with Edward Thomasson, titled ‘Passive Aggressive’—which was first performed at Camden Arts Centre in London and then developed into a series of works performed at Tate Britain, Maureen Paley London and other art spaces between 2014–17—a group of performers clad in suits enact a series of physical movements, in an otherwise neutral room. The choreography is punctuated with sound produced by their own bodies as well as by soundtracks. In what appears to be an office team-building workshop, a process of dealing with uncomfortable situations, antagonism or emotional difficulties unfolds. These earnest pieces slowly reveal a humorous undertone, as the performers explore the group action with theatrical insistence. The complex production is an example of how, throughout her practice, Beech plays with conventions, both related to identity and the media of film and performance.

Currently, Beech is developing a body of work at the Max Planck Institute in Berlin, where she is an artist fellow. The project focuses on the ecological implications of managing reproduction and links questions about knowledge and the history of science with discourses on sexuality, contemporary agricultural practice and the complex remaking of sexual taxonomies, practices and identities in the context of breeding. She is also a guest professor at the Filmuniversität Babelsberg Konrad Wolf in Potsdam. We spoke to Beech about the ‘Passive Aggressive’ series, as well as her ongoing artistic research into waste and salvage as a form of survival. 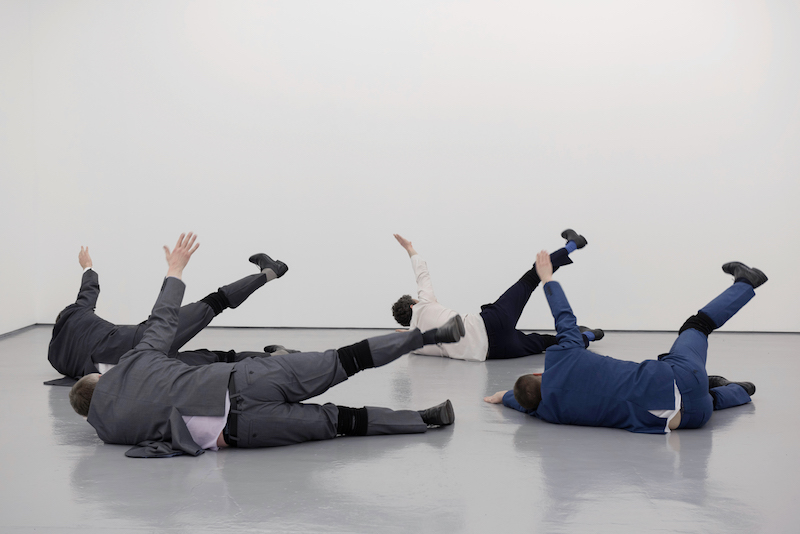 Cristina Ramos: Could you tell us about the particular kind of humor explored in the ‘Passive Aggressive’ series of performative works?

Lucy Beech: Both Edward Thomasson and I are interested in how difficult it can be to find the words to share complicated or uncomfortable feelings. With this in mind, the performances are presented as kind of hypothetical therapeutic actions where groups of people use collective performance to air unspoken tensions, which might otherwise fester and proliferate through their everyday relationships. In the case of this work performed at Maureen Paley London, we were thinking about how contradictory behaviors, such as passive aggressivity, could be explored as a kind of everyday theatrical power-play couched in forms of avoidance, where politeness is a means of obscuring hidden violent and aggressive feelings. We never set out for the work to be funny, but somehow awkward laughter or the contradictory feeling of not knowing whether you should laugh seems like an extension of this enquiry. Sometimes humour can be a defense mechanism and pulling that apart can be a way of exploring power.

We had previously performed this work with a mixed group of CIS male and female participants, and we were interested to see what happens to the meaning of this action when an all-white, male group adopts the same choreography. We worked to find a tension between what might be the motivation for the group airing these repressed feelings of violence in front of an audience and the possible sexual tension that might be implied by an older man inviting a group of younger men to play out a fantasy of vulnerability on his body. 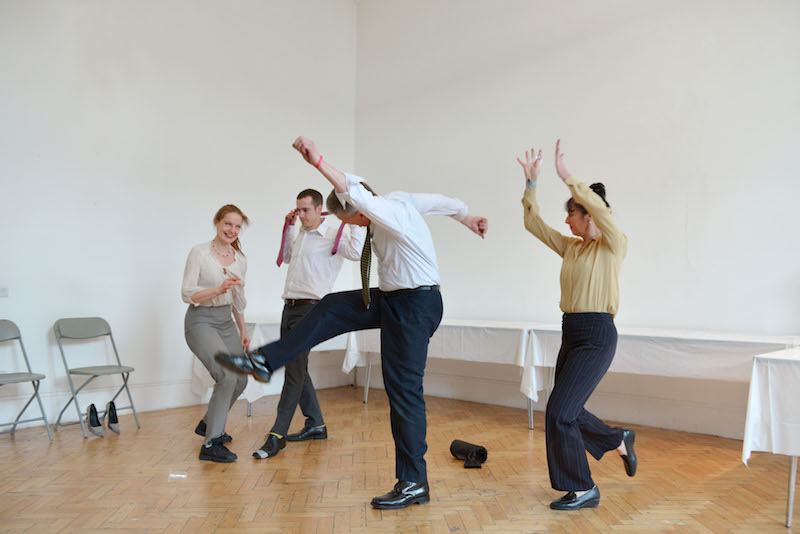 CR: You mentioned in our correspondence that your experience of humor has shifted since you moved to Berlin five years ago. How has your perception of the cultural differences between London and Berlin affected your practice and your sense of humor?

LB: From a very early age, I learned to mimic people or do impersonations. It was my way to both rupture and acknowledge violent communication and negative patterns of behaviour that had become normalised in my family. I was very good at accents and picking up on body language and when nothing could break the tensions of repetitive behaviour, humor was my crutch. Moving to Berlin and being in a relationship with someone who didn’t grow up in England, I started to analyse my default turn to humor with more distance. I started to explore instances where humor is used as a deflection technique and how this manifested in the culture I had grown up in. I started to see the fluency I had developed in mimicry as a way of not actually dealing with how certain oppressive situations had affected me.

More recently, I’ve been trying to search really deep into this reflex and explore the tension between humor as way to prompt a change of state, as a release or renewal and humor that is a mechanism of repression, exclusion and avoidance. Since these early works, I’ve thought a lot about how mimicry and impersonation is to be present and absent in the same action—how someone catching your likeness can be reassuring and scary and how laughter and humor is complex when sitting with uncomfortable feelings. 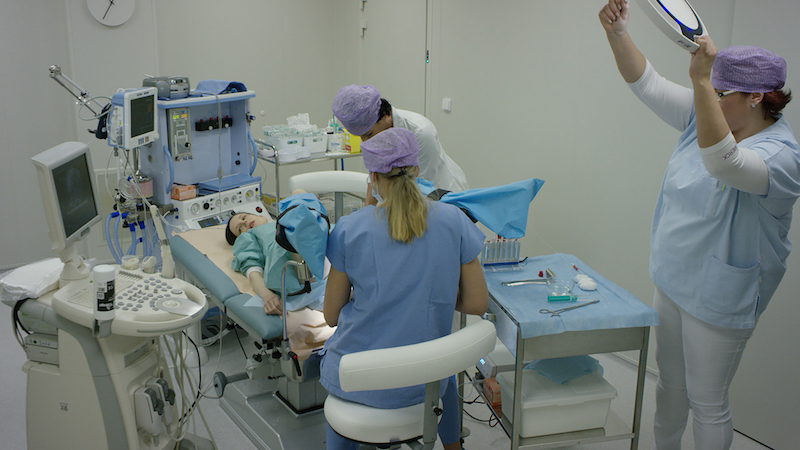 CR: Can you tell us about the work you’re developing at the Max Planck Institute in Berlin? Are you also employing provocation or irony here?

LB: I’m very interested in contradictions, but I’m really not keen on irony as a rhetorical device because I think it lacks care. I am thinking about relationships between loss and change and embracing materials, ideas and identities as composites of other forms. I am currently working on a collaborative project which explores waste and its reuse in various socio-cultural settings. We are interested in the kinds of creativity that are involved in reusing waste and what might be learnt from these processes of transformation.

In one instance, we focus on a turn of the 20th century German scientist who developed breeding technologies using hormonal extracts found in the urine of one species to effect the growth and reproductive capacity of another. We explore how this creative experimentation with bodily waste led to the establishment of the fertility drug industry and gave way to a hormonal understanding of the human body. 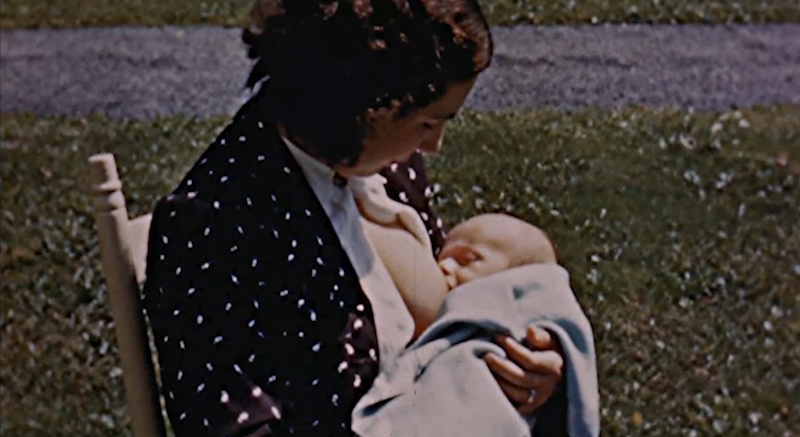 CR: What other projects are you working on at the moment?

LB: Elsewhere, I’m working with Cassie Westwood, an amazing writer who is also interested in forms of literary waste and acts of writerly salvage. We look to queer poets who have incorporated deleted passages, false starts and textural waste into their own published work. Waste has been a way to extend some of the ideas of my early work, but instead of looking at what is implied by masking one state with a contradictory one; Cassie and I are exploring how the re-incorporation of waste offers the potential to depart from a previous incarnation of something without disavowing it; we are thinking about loss and salvage and the ways in which bodies, identities and creative works survive their own destruction.