In 2021, Horse & Pony turned eight years old. The gallery, which is artist-run and artist-owned, decided to celebrate its birthday with a special show, titled ‘Stampede.’ This collective exhibition pays homage to Horse & Pony’s past exhibitors and participants in an eclectic display that has become recognizable as the gallery’s own signature.

Horse & Pony had a previous life as a Dönermanufaktur and meat factory. In 2013, American artists and co-founders carrick bell and Rocco Ruglio-Misurell bought the space and renovated it with a new purpose, offering a showcase for creatives of all practices. Eight years on, Horse & Pony has hosted an impressive roster of artists and curators, many of whom are featured in its current show. 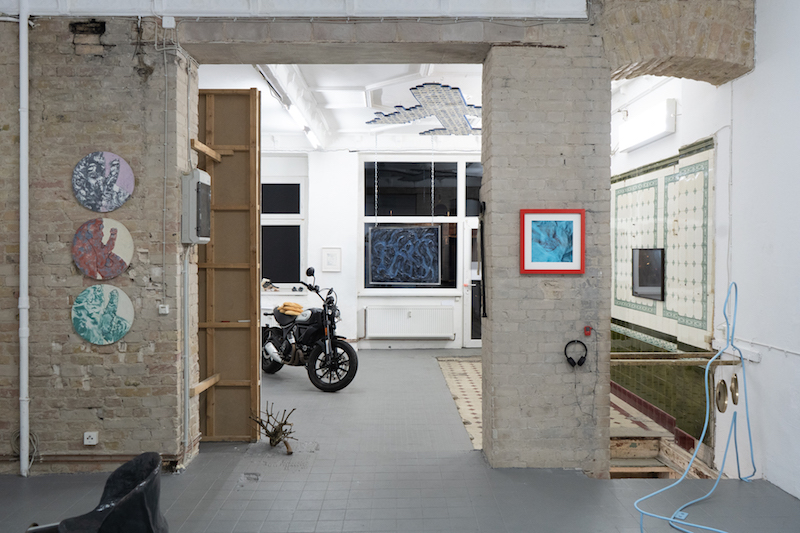 ‘Stampede’ is a vast exhibition consisting of over 77 contributors. bell and Ruglio-Misurell explain that, while they invited over 168 past participants of the space to partake in the exhibition, they were relieved when not all of them said yes, stating that facilitating such a number in the space would have been impossible. “On a practical level, this was a precondition to the show taking place. As much as we would like to gather up everything that has happened here and deposit it in one big pile in the middle of the floor, the space wouldn’t be able to take it; the history would cause it to collapse.” 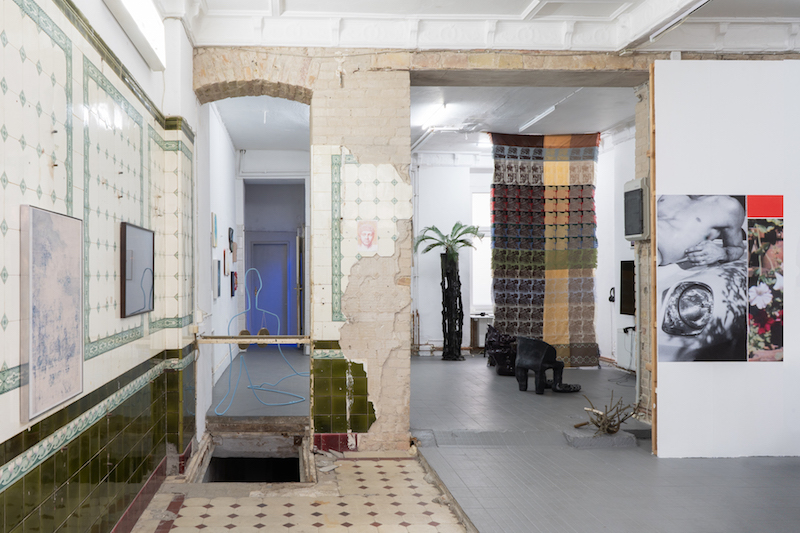 Energetically speaking, the show feels similar to other shows at Horse & Pony: diverse, queer, a little lawless and very Berlin. However, in this case, there is a different reasoning behind the eclectic feel. Not only is there a huge range of media—such as video, installation or print—but each installation represents a different show, time and theme once explored by the gallery. In the first room of the gallery, a large motorbike stacked with bread rolls is placed next to various hanging pieces and prints. The lack of congruency feels in tune with the creative pulse of the city, which has so evidently fuelled the ethos and vision for Horse & Pony over the years.

The downstairs section of the gallery features, among others, pieces by Nick Jeffery, an artist whose work had previously been exhibited by Horse & Pony in 2016 in an exhibition titled ‘Dream Divider.’ While his previous show explored gaps and spaces via his paintings and film works, his contribution to ‘Stampede’ features a polyester piece that has been spray painted. Much like the work featured in his 2016 exhibition, ‘Setting off flares in a forest, climbing up’ feels calm and serene, despite its dynamic title. 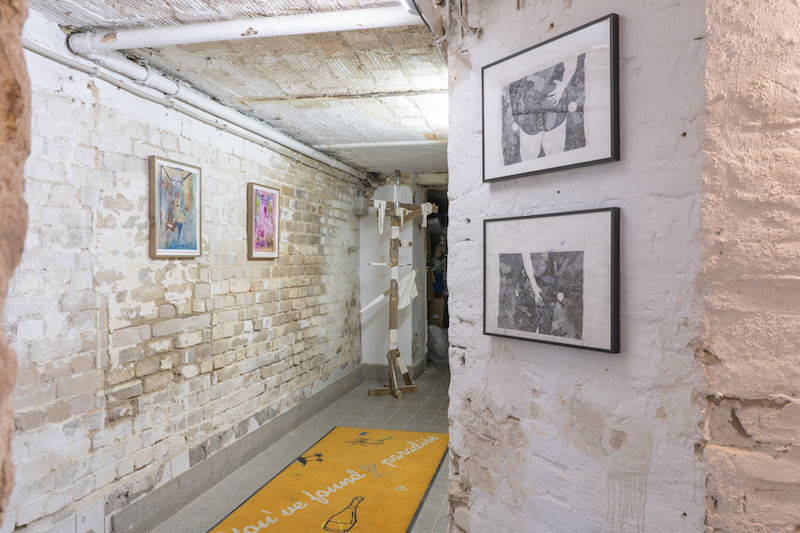 The hallway downstairs is also home to a mix of different works. A pair of paintings by Austrian-born Robert Muntean—who previously featured in the gallery in 2014 via a show titled ‘Alien Kissing Predator’—depicts a mirrorered, abstract image of a girl, sitting on a chair, titled ‘Melonchoila I’ and ‘Melancholia II.’ Both images feel lonely, yet are cast in contrasting palettes, one brighter and the other darker. This change in color, however simple, triggers a difference in feeling. While the brighter palette makes the woman seem ethereal, the dark-toned painting feels more desolate and its captured protagonist more panicked.

In a dedicated attempt to fill all spaces in the gallery with art, the hallway is also lined with a carpet from Berlin-based artist Kasia Fudakowski. The carpet is cut in a bright mustard hue and printed with the words ‘You’ve Found Paradise.’ It is decorated with stock-like cartoon images of palm trees and champagne bottles. Digesting the carpet as a piece, while also acknowledging the humor frequently visited by Fudakowski in her work at the time, it takes on a satirical edge, fitting in well with the overall “through the looking glass” energy of the curation.

Downstairs, a large screen shows a reel of videos that were, once again, created by artists whose work had previously been exhibited in the space. Among the films shown is a piece titled ‘Birthday Sex’ by Ryan McNamara. The film is shot at sharply cut, restless angles and captures a man detailing his recent sexual escapades with another man. The manner in which he describes the encounter is vivid and kinky. It seems fitting to highlight this particular film when the resounding spirit of Horse & Pony has been in championing queer art and artists. In the curation by bell and Ruglio-Misurell, dark oddities become kindred ones, and looking back over the work and artists featured in Horse & Pony through this show, it feels like this has always been the objective. ‘Stampede’ gives us a mood board of Horse & Pony’s curatorial impetus over the last eight years, arranging a colossal number of pieces against the tiled walls of this former Dönermanufaktur, while keeping the unparalleled vision of the space intact.