Berlin-based, artist-run space, after the butcher, is itself a palimpsest. Though faded, the traces of its former life can be read in its interior: in patches of varied floor tiles, in the pale blue tiling that frames its storefront window. For the current exhibition, ‘Palimpsest – Reading between the signs,’ this is compounded by light-teal wall paint leftover from the previous show, which has been adapted and graphically reworked by artist Ciara Phillips, whose work is featured in dialog with Jean-Ulrick Désert’s.

Jean-Ulrick Désert’s multi-layered conceptual work often poetically engages with local political and social contexts. The artist received the inaugural Wi Di Mimba Wi Prize :: AKB & SAVVY Contemporary Award earlier this month. It is a new grant program for artists of color based in Germany, through which Désert will create work for an exhibition next year at SAVVY and additional venues. The practice of Glasgow-based artist Ciara Phillips, while largely print-based, similarly addresses social and political themes, considering intersections between propaganda and activism, and engaging local communities – for this exhibition producing work during a residency at Lichtenberg Studios, which focuses on interventions in public space.

In one corner of the exhibition space, a black-and-white square mosaic echoes the partial black-and-white check pattern of the floor. It forms a QR code and is part of Désert’s installation. Both artists have produced new work for the show, bringing in a connection to the surroundings and the history of the district where the space is located: Lichtenberg. 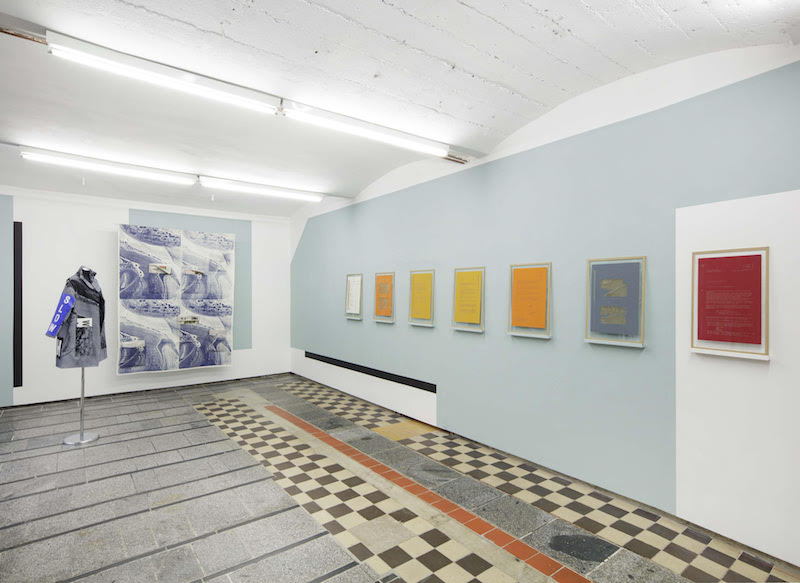 The QR-code mosaic—which Désert refers to as a sort of contemporary mandala—is an impermanent object: the tiles remain unfixed. Recalling fragments of ancient architecture, in its precise though temporary arrangement it opens a portal, through which viewers gain access to the past in a moment of participation. The QR-code links to a YouTube video of footage from August 13, 1978, when artist Per Lüke and filmmaker Wieland Speck collaborated on and carefully orchestrated a political action at the Berlin Wall: in it, Lüke climbs on top of the wall and proceeds to play the harp. This poetic though dangerous act is the point of departure of Désert’s work, which draws on the surveillance file that was subsequently created by the GDR’s State Security Police (Stasi) for Wieland Speck, a friend of the artist. Désert has created what he calls “new relics” or “modern ruins” from selected documents in the file—their contents, text and images, have been burned into sheets of linen. Floated behind heavy glass, the entombed objects display visible signs of deterioration, fraying and coming apart where they’ve been burned through. They also contain errors and imperfections: typos, carbon-copy vagaries, lopsided stamps, shadow lines from a scanner, etc. In combination with the textiles—which already generate a sense of warmth—these human touches are heightened by warm shades of ochre and orange, as well as blue and green, chosen by Désert to evoke an emotional connection. Presented objectively—as literal objects leaning on slightly protruding ledges, rather than hung on picture hooks—the textile documents also resemble engraved tombstones. 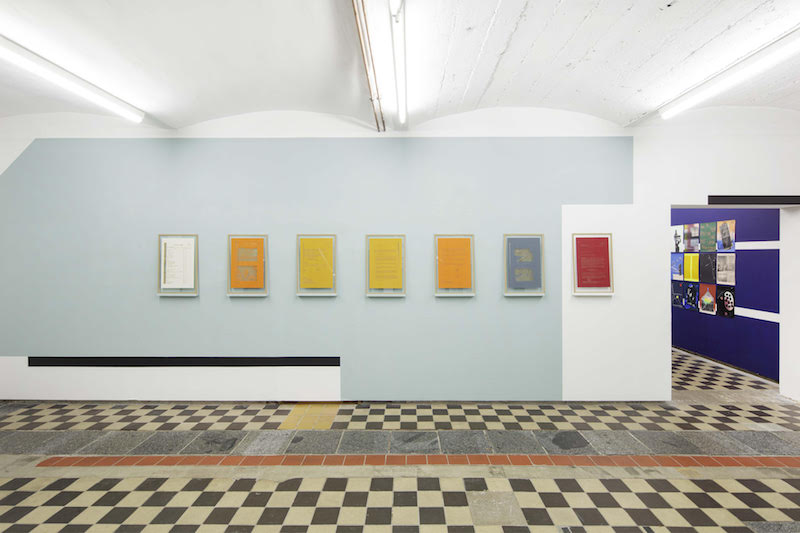 Several of these objects are placed adjacent to a textile installation by Phillips, part of which includes a coat composed of printed textile and text. It is inspired by the work of designer Katherine Hamnett, who is known for her political slogan t-shirts, while also referencing the clothing manufacturing history of the district. Here, the text printed on the coat takes a poetic tone: “SLOW” appears in large letters down the sleeve, and “MOON LOOKS AT EARTH” on the back. It’s a celestial suggestion that’s reflected in the fabric’s print, and also links to some of Phillips’ improvisational, abstract prints tiling the deep blue walls of the next room. This resonates further in the nearby series of terracotta discs, onto which Désert has transcribed the timeframe and collaborative dynamics of Wieland and Lüke’s political action in astrological and astronomical charts—moving between microcosmic and macrocosmic, from human systems to an immensity of time and metaphysical motion.

The relative fragility of materials is counterweighted by the permanence of imprinting, burning and scratching into the surface—scarring. The objects are already ruins, both distant and close, marked by transformations of time and becoming ciphers, through cryptic language, astrological readings, coding. For Désert, however, decoding is not necessarily required. At least not immediately. As with the study of ancient relics, he points out, it’s not an automatic process; it takes time to unfold. Here, we’re invited to enter into the narrative, take a part of it with us, while the idea of the “new relic” points us to a past that might not quite exist just yet. 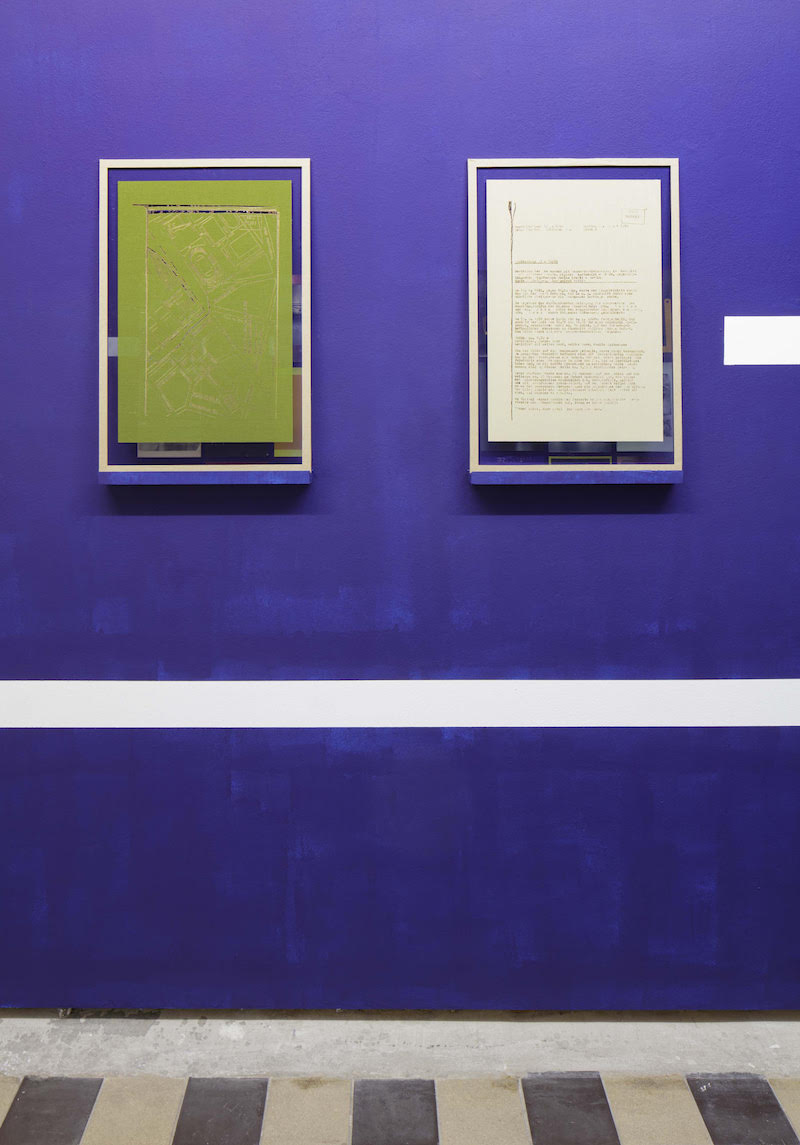 Jean-Ulrick Désert: ‘Palimpsest – Reading between the signs,’ installation view at after the butcher // Photo Ludger Paffrath