Sahar Rahimi is a director, writer and performance artist based in Berlin. She is also one of the co-founders of Monster Truck, an artist collective that works at the interface of theater and visual arts and produces performances, scenic installations and video works. In 2019, the collective was awarded the Tabori Preis, Germany’s highest honor for the liberal performing arts. In Rahimi’s upcoming performance ‘Wolf’ at Ballhaus Ost, the artist reinterprets the well-known story of ‘Little Red Riding Hood.’ Ahead of the show’s premiere on February 17th, we sat down to discuss her artistic practice in more detail. 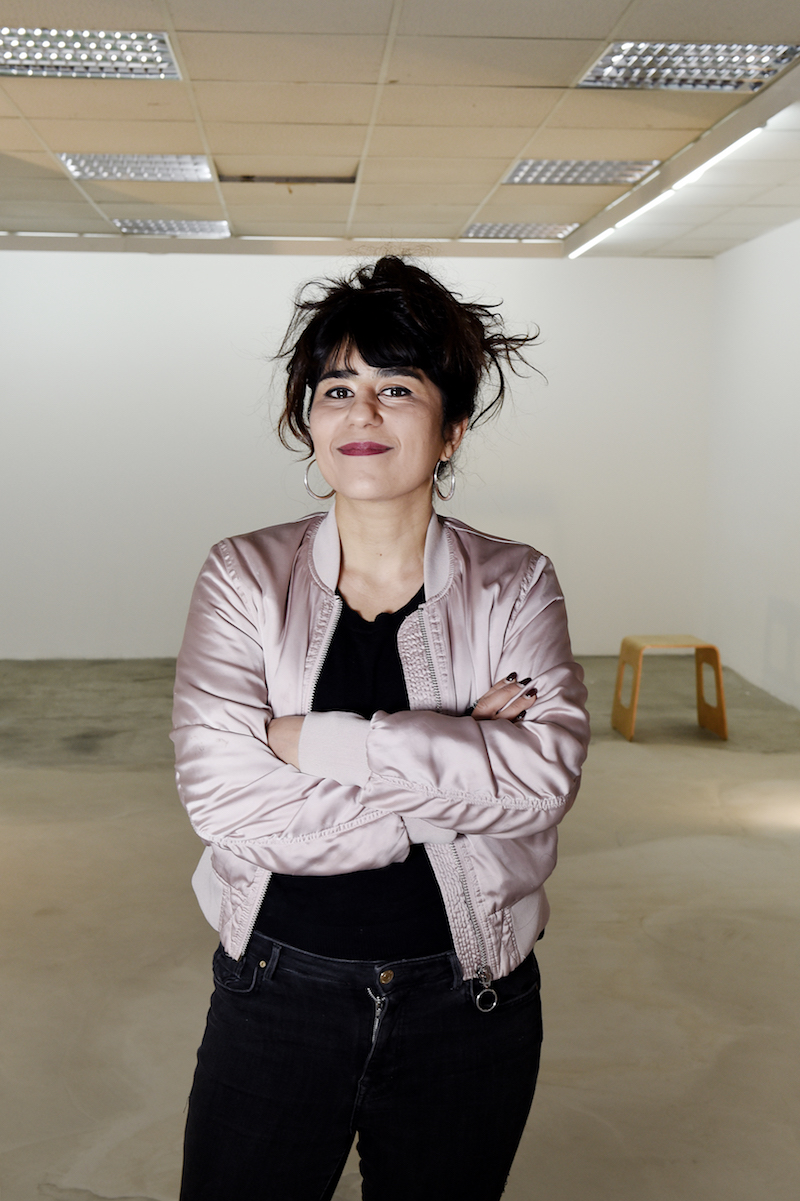 Noushin Afzali: Monster Truck has been active for 17 years now. What led to its foundation? Walk us a bit through its creation and history.

Sahar Rahimi: We met as students at the Institute for Applied Theater Studies in Giessen and, for fun, founded a group as a bunch of friends, with no one claiming to be the boss. In Giessen, there was no specification regarding the different occupations within the theater, so everyone did everything: we were all on stage, wrote the scripts, built the sets and costumes, directed. And it all worked out pretty well. In retrospect, it was certainly also due to the fact that we simply had no money to pay other performers, and our fellow students wouldn’t have wanted to be directed. There was this spirit of skepticism about any kind of power in Giessen.

Today, the group has shrunk and most of the members are now working on solo projects. The founding name “Monster Truck” came from a common experience: we once attended a real monster truck show at a car park in Giessen, which was trashy but charming at the same time. The stunts did not really work out. The monster truck drivers were Luigi Fettucini and Enrico Cannelloni and their wives sold sausages during the intermission. What we loved about the show was the blatant discrepancy between the spectacular event that was announced, with its splendid, brave and fearless monster truck drivers, and the shabby reality of a far-off car park in the middle of nowhere. This is my kind of humor: I found it funny and touching at the same time. 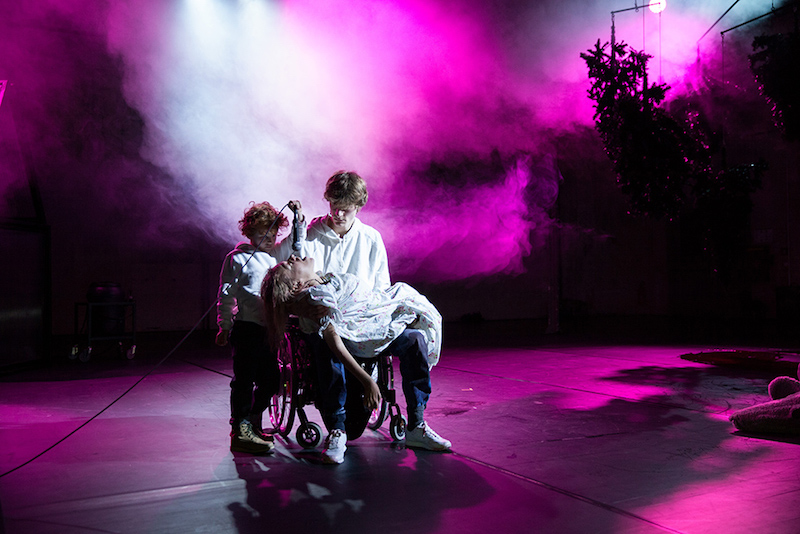 NA: Your upcoming work ‘Wolf’ at Ballhaus Ost is a bloodthirsty love story based on ‘Little Red Riding Hood.’ Can you give us more insights into the work?

SR: As a parent, my reading time is very limited. So I either read the news or I read a book to my four-year-old daughter. One day, I read the short version of ‘Little Red Riding Hood’ to my daughter and was caught by its graphic imagery and references to contemporary discourses, such as gender and identity politics, and the inherent power dynamics within this field. That night, I began to write the first sketches for the script of ‘WOLF.’ While writing, I discovered a weird sympathy for the devilish Wolf—the rapist, the perpetrator, the pedophile. I asked myself, why is this happening? I then came across a version of ‘Little Red Riding Hood’ by Ludwig Tieck, one of the founding fathers of the Romantic movement in the late 18th and early 19th centuries. He depicts the Wolf as somebody who is cast out and driven out by society. He was a victim, who became a perpetrator.

I am interested in these kinds of ambivalent plots, where the clear moral distinctions between good and evil are blurred. So, in my version, I wove a love triangle between the Wolf, Little Red and the huntress. Little Red leaves the toxic relationship with the Wolf behind, in favor of the dashing huntress. It’s a story of the fall of patriarchy and the victory of a new, diverse, queer and inclusive empire, that is unfortunately not meant to last, as its new ruler becomes as cruel as the former was. Here, I am referring to the fate of many revolutions in history. The former liberating, progressive forces become the new oppressors. A famous example is the notorious “Reign of Terror” around the French revolution. It seems that there is a vicious circle of power that cannot be overcome easily. I am very happy to work with Lucy Wilke again for this project, an actress from the Münchner Kammerspiele with SMA disease, who showcased her own piece last year at the Theatertreffen here in Berlin. We already worked together in 2019 for the performance ‘Phaedra,’ where Lucy played the leading role. For ‘WOLF,’ Lucy’s partner, Lotta Ökmen is also on stage. The two of them are a dazzling, queer couple in real life and now also on stage—an enchanting, exciting and sometimes challenging simultaneity. 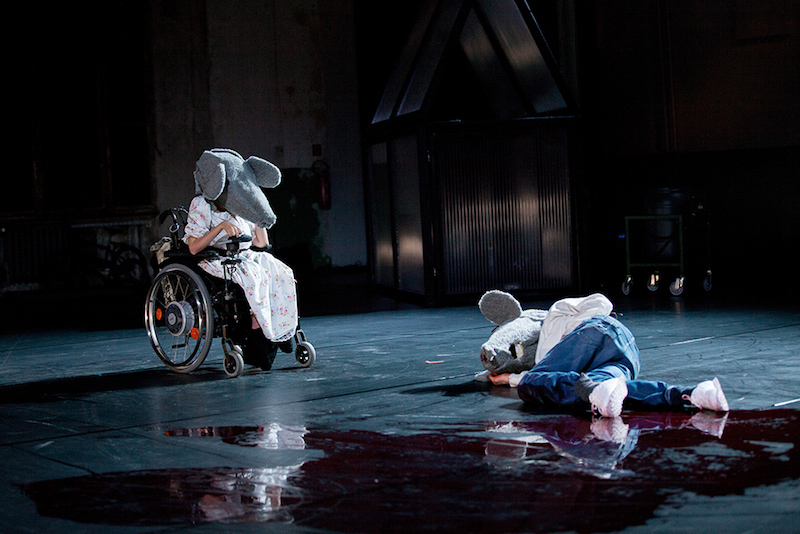 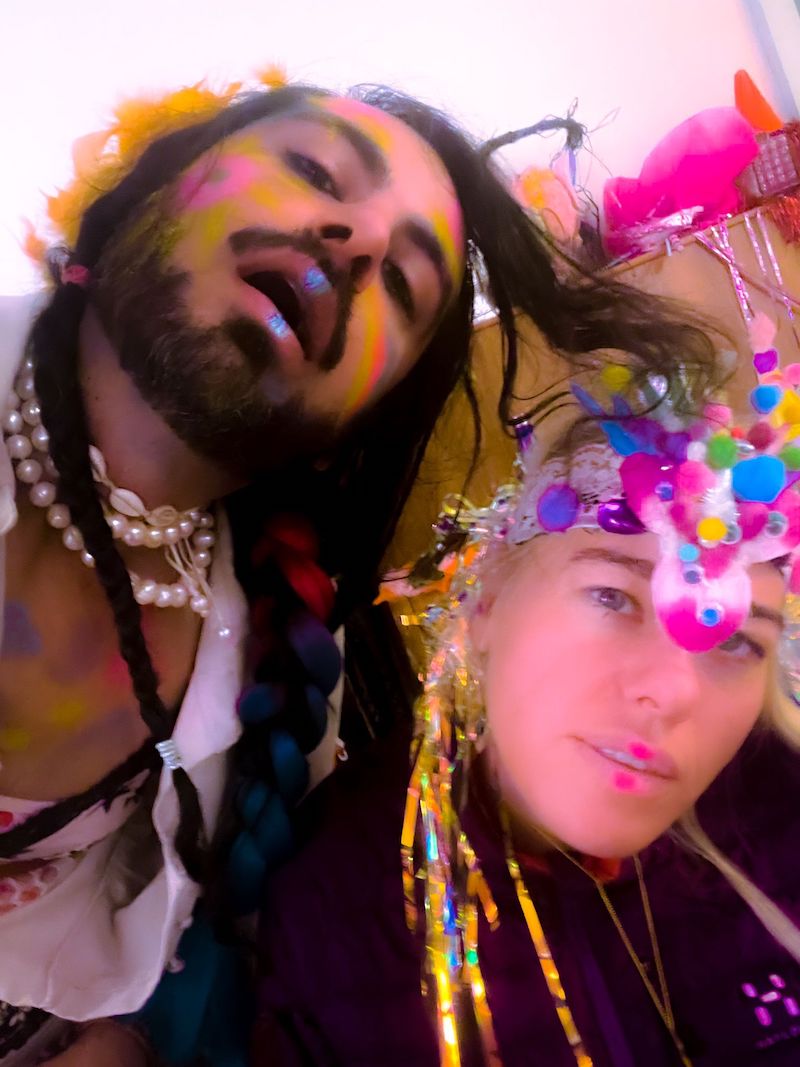 NA: ‘Soll & Habitus’ is a book compromising works by 15 authors that was published in October 2021. The authors openly discuss and examine their relationship to money and class in the book. What inspired you to be part of the project, especially in a country where discourse on money is still considered a taboo?

SR: I was asked by the book’s publishers to participate, because in 2020 I started the ‘Working Class Stammtisch’ in cooperation with the Impulse Festival—a meeting point for people with working class, or let’s say non-bourgeois backgrounds, in the theater and art scene. The matter of class has always affected my personal life, as well as my work as an upcoming artist, although it was barely discussed in the theater scene. I somehow even realized that for my professional career it was an even stronger factor than having a migrant or refugee history. The matter of class is powerful, although it remains invisible. It is not marked in your body. I had to become almost 40-years-old to gain an awareness of my internalized behaviors connected to my social background. Now that I know, I am trying to intentionally dismantle them. My goal is to truly overcome any kind of shame associated with it. What am I ashamed of? Did I rob people, did I destroy lives, did I steal from anyone to enrich myself? No. “So get over it, buddy,” I said to myself. Now I am practicing a working-class self-esteem, which is a liberating and fun experience. 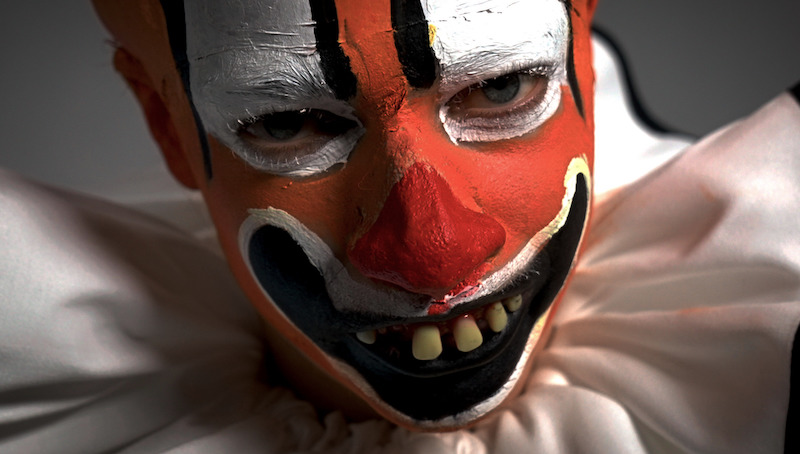 NA: Tell us about your upcoming projects.

SR: Right now, I’m in the middle of the preparations for a new piece I am directing at Schauspiel Basel, which is premiering in May. It is a world premiere of a play written by Anne Haug. It’s about the revenge of a woman coming back to her hometown. Again, a very dramatic love story and dense family drama, with a surrealistic ending: after being raped by the protagonist, the father of the family gets pregnant and delivers a baby and we find ourselves in a weird “Happy Ending,” with a family who will live happily ever after. The atmosphere of the piece is pretty much a mashup of ‘Alice in Wonderland’ and ‘The Shining.’ I will use a lot of horror motifs for this project, as I often do in my pieces: haunted houses, creepy children, the so-called “normal families.” I am a big fan of horror cinema and like to use these strategies for the stage, although they are often barely transferable, as most of the techniques used in movies do not work in theater. But then we have other tricks: the famous live aspect, for instance. Anyways, I like to walk the fine line of definitions of what is human and what is not. The horror genre offers interesting answers here, gruesome but also funny ones.