Opening on March 18th under the capacious roof of the Gropius Bau, MaerzMusik returns with an invitation to share time and space through concerts, performances, installations, film presentations and discourse formats revolving around our relation to time. Spanning 10 days and 10 locations across Berlin, the festival will attempt to create an environment within which rationality can be rethought, redrawn and artistically experimented with.

Understanding time as a dimension of experience equally accessible to each and every one, it is also perceived as a political category that determines the ways in which we live, work and produce—a concept and invention in service of ideological and economic interests; an instrument of power setting the beat and dictating the rhythm; a dimension of the imaginary that influences our vision of futurity and hence our freedom of action. With contemporary music and this concept as a point of departure, MaerzMusik will aim to explore the nature of time in relation to life, art and theory. 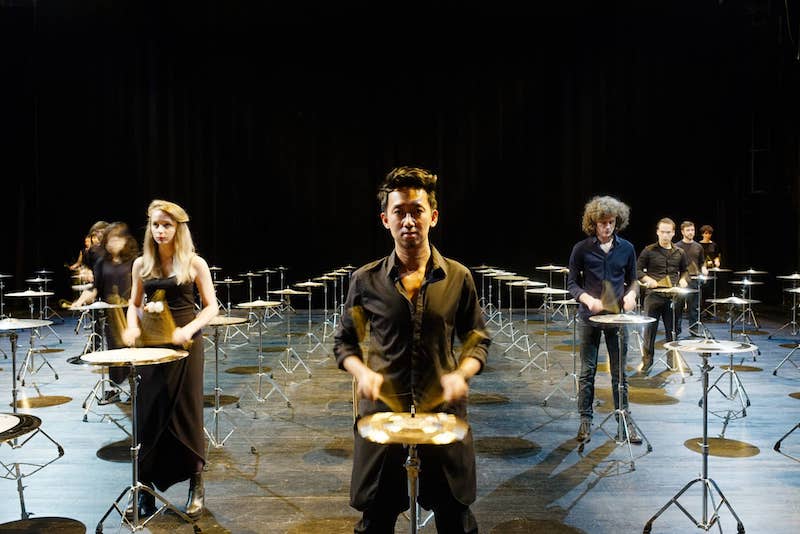 Alongside time as a concept, mycelium, the root system of fungi, serves as a guiding metaphor for this year’s edition. As a fast-expanding science, with word of an ongoing “Mycelium Revolution,” a nine-day film programme at transmediale studio will run parallel to the festival, providing an insight into the current state of knowledge and activism in the world of fungi.

The festival is set to open at the Gropius Bau with ‘A Garden of Forking Paths’; a three-hour space of time in which the audience is invited to wander, float and focus, listening, alone and with others. Among the music to be performed is Satch Hoyt’s acute and lulling ‘Hair Combing Cycle 1884–1885,’ vocal pieces with the summoning sounds of the zaghrouta (ululation), ‘The Circle Flute’ and outstanding solo compositions by Rebecca Saunders, Georges Aperghis, Toshio Hosokawa and Salvatore Sciarrino, performed by Klangforum Wien.

The festival will also feature Egyptian sound artist Yara Mekawei, presenting at daadgalerie in her first solo exhibition in Germany. Through sound compositions and 3D-sculptures, Makawei takes visitors on a journey into the mysteries of Sufism, the mystical Islamic belief and practice that has inspired her research and artistic work, while posing major questions of ethics in an emotionally impactful way.

Additionally, to celebrate the French music pioneer Élaine Radigue’s 90th birthday, MaerzMusik will present her entire electronic music oeuvre for the first time live. Set in the acousmatic environment of the Zeiss-Großplanetarium, a series of 17concerts will be performed under the sound direction of François Bonnet, aka Kassel Jaeger, attempting to pay homage and give full access to the enchanting depth of Radigue’s music.

The stage performance and audiovisual installation ‘100 Cymbals’ invites the audience to explore the polyphonic potential of cymbals as Les Percussions de Strasbourg takes on the Lichthof of the Gropius Bau in a one-night-only performance. To demonstrate their full potential, the ensemble will present Ryoji Ideka’s 2019 work as well as the music portrait of Hans Arp by John Cage.

Similar to how it began, ‘A Garden of Forking Paths’ will this time migrate into the urban space around Nettelbeckplatz in Berlin/Wedding and close the festival. Six locations will open simultaneously over the final weekend, creating a constellation of interconnected venues to be visited, with each relating differently to sounds from the world we inhabit.

This year’s festival will also be accompanied by community radio Cashmere Radio, who will be providing a daily programme of interventions and reflections live from their new location in Berlin Wedding, as well as streamed on air.