Six blackened steel structures lean against the wall of Elizabeth Jaeger’s industrial studio space, where she has been making new work for the last two months as part of Callie’s residency in Wedding. By the time this article is finished, the pieces will be gently hovering in front of the walls in Klemm’s gallery space, their yellow backsides casting a faint halo around them. The hard metal surfaces of the soon-to-be hanging sculptures are akin to a painting with buff marks resembling layered brushstrokes. Each reflects a different hue of black, from red to blue, to, at certain angles, a white glare, but most often, a deep, absorbing darkness. The structures themselves have idiosyncratic shelves built into them. Some are step-like with the occasional hole, others are more like large boxes with circles cut into them. Nestled into and placed upon the shelves are lumpy, hand-formed vessels made of blackened clay. The layering of black on black gives the impression that these objects survived a disastrous fire; they are the sooty remnants of another time. 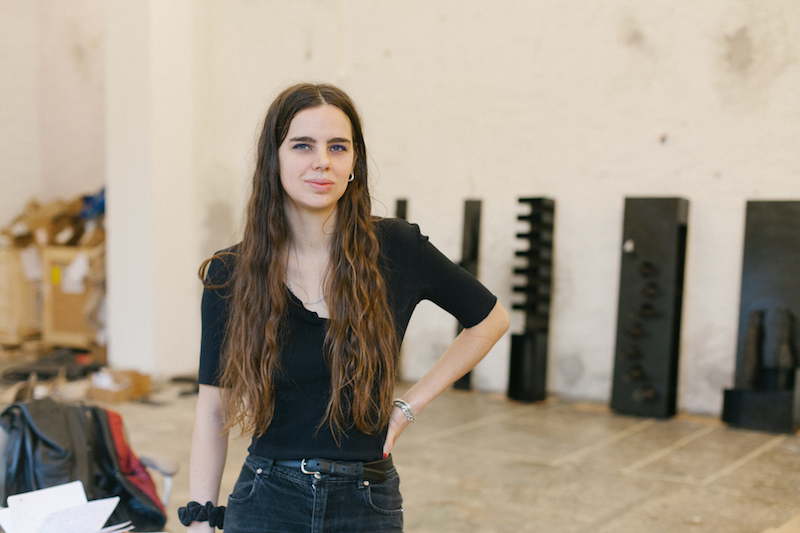 Archaeological associations are something Jaeger employs purposely. She is fascinated with how objects are categorized and made to fit into a framework that is supposed to chart their evolution over time. The artist’s steel structures also serve as an organizational framework, but unlike a traditional museum display, their order is affective rather than didactic or teleological. Sometimes the artist’s knobbly, limp vessels are positioned from smallest to largest, at other times they slouch through openings in shelves or pop out of holes cut into the vertical steel surfaces. Their uneven and soft forms have emotive qualities that actively resist categorization. A twist of a vase feels like the craning of one’s neck, a backward bend makes it seem the vessel is straining upwards. Some do not have openings. Instead, their bottlenecks elongate into stems that curve into handles. Other handles morph into flowers, or flowers morph into handles. It is not always clear where one thing ends and another begins. What is evident, however, is the trace of human presence. Not only through the anthropomorphic qualities of the vessels, but the fact that their forms bear the trace of human hands. They are mottled with the shadows caused by the kneading and prodding of fingers. They look pliable, even vulnerable, as if my touch could also leave a mark on their soft bodies. They feel alive despite their charred stillness. 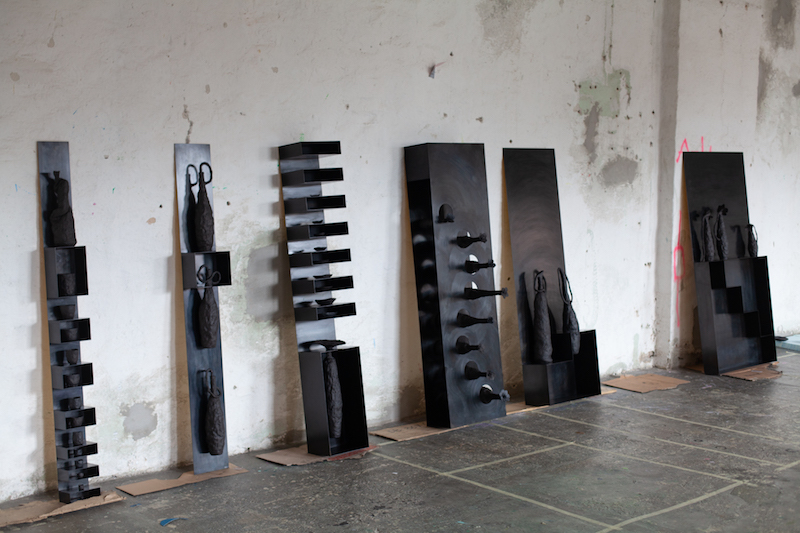 When Jaeger talks about the “body in space” it is obvious the topic is sensitively layered. Every formal decision in her work seems to also be an emotive and metaphorical one. The title of the show, ‘itself and else,’ alludes to this complicated relationship between a being and its environment. It is a relationship Jaeger has spent a long time negotiating. Her early work, rather than leaving traces of the body, represented it, and in doing so fell prey to the automatic objectification that occurs when forms are instantly recognizable. There is a distracting quality to the human figure, Jaeger explains. Depictions of women all too easily slip into a tradition of objectification perpetuated through its own critique. This can happen at the expense of all other artistic qualities, such as materiality, history, etc. Jaeger resisted by sculpting other forms that speak to the human condition: dogs, then vessels, birds, and fish, among other things. Only in the last few years have people started to make their way back into her work in a more significant way. However, they appear in forms that guard against their potential misuse – either as miniatures or as very personal portraits. 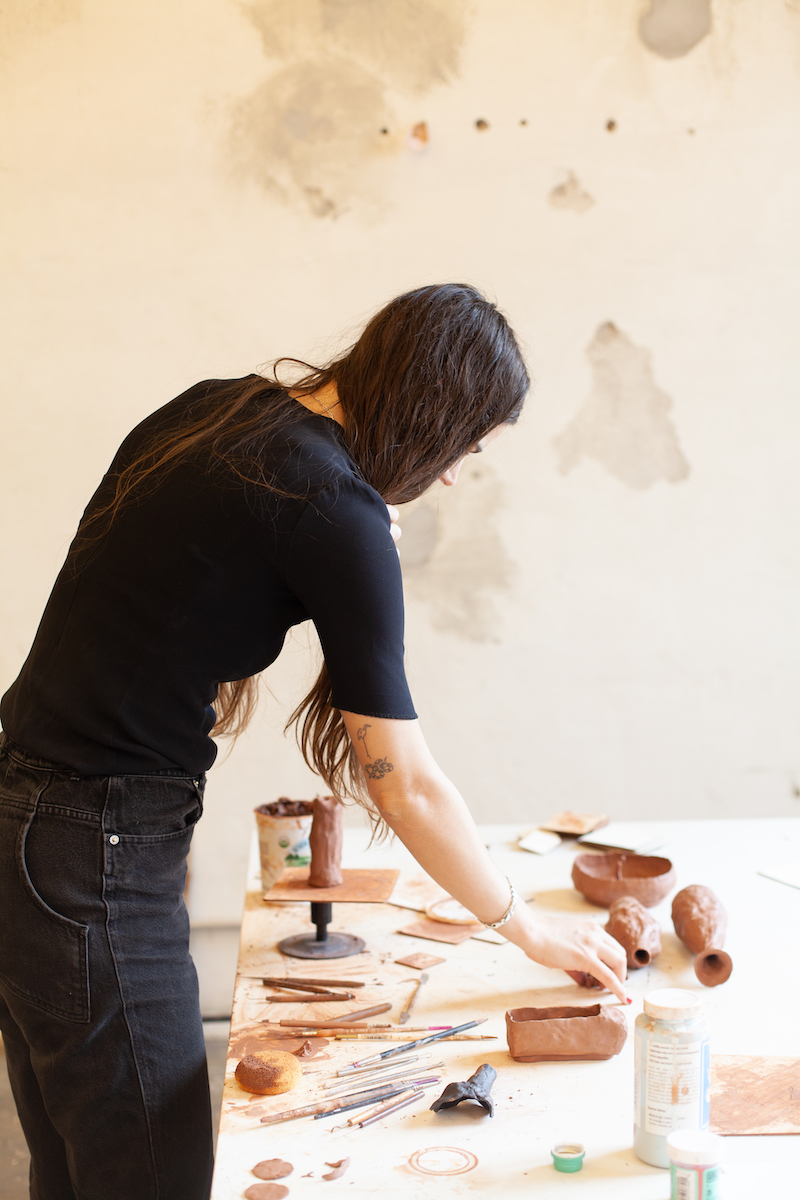 An underlying thread, though not necessarily a theme, in Jaeger’s practice is vulnerability. It is a thread that extends to the real world, where artists’ bodies are vulnerable to the precarious work conditions of the art world. It is thus no surprise that Jaeger has often expressed a certain ambivalence toward her chosen career path, although this ambivalence has long since shifted to the “infrastructure around the arts,” or “how artists are manufactured” – words that make artists sound like factory-made goods. How does one counteract the tendency of the industry to itemize, commercialize and pigeonhole artists into products? 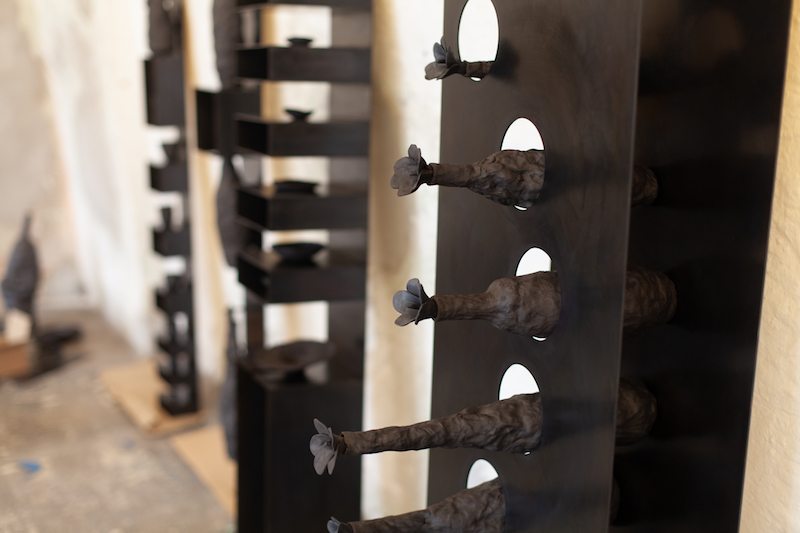 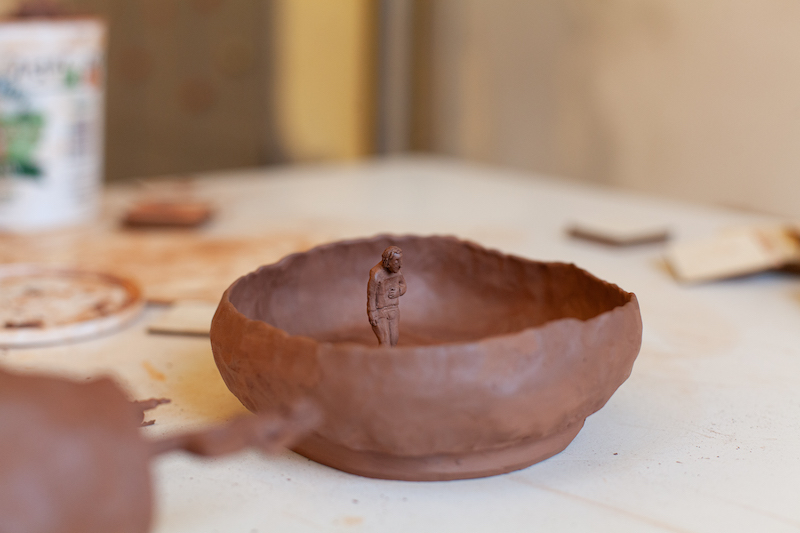 In the past, Jaeger has done this through teaching. She worked at a free alternative art school for adults in New York founded by Bruce High Quality, a semi-anonymous collective whose practice resists the star-making machinery of the art world. Jaeger’s face visibly lights up when describing the classes and student projects. There, she eschewed a hierarchical structure to embrace a peer-to-peer approach as well as radical acceptance of each person’s creative process.This took a particularly interesting turn in a course titled ‘Sculpture and Intimacy.’ Participants did not make art but talked about the things they did in their work “to protect their vulnerability.” Such discussions serve to position art as a process of becoming rather than an end product. 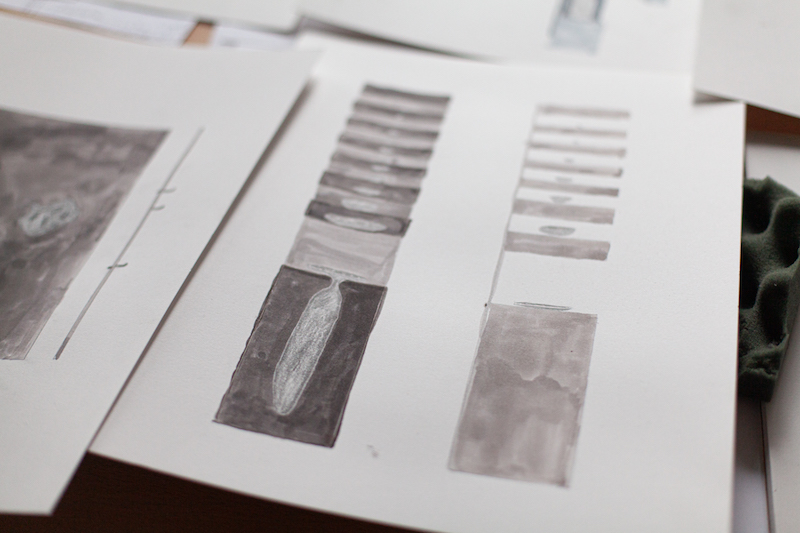 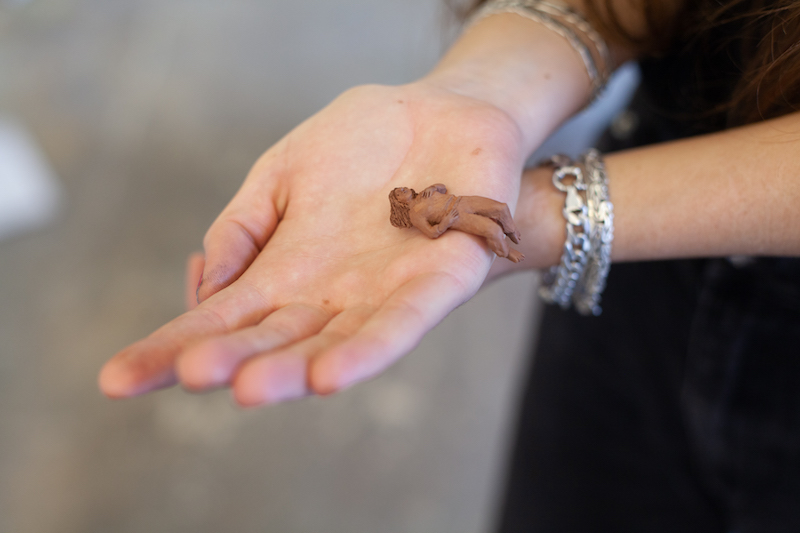 Daniel Buren saw the studio as the place that could short-circuit “the museum’s desire to classify, to embellish, and to select,” which is the impression I get when visiting Jaeger’s studio. As she positions a tiny miniature person on her hand, not yet black from the firing process, we gain a glimpse into the process of formation, deliberation, as well as the direct connection between the work and the artist. In the background lie pieces that will not make it into the show as well as finished works she brought with her from New York. They are analogous to deleted sentences or additional research material – the support structure of a larger thought process. On another table lie sketches of alternate shelf designs. Here, her works are not objects embedded within the hierarchy of history, which Jaeger questions in her practice anyway, but an act of discovering how to be in the world. Art practice, Jaeger shows us, is less about presenting a pristine finished object, and more about the possibility implicit in the act of making.