Over the last two years, priorities have shifted. We often find ourselves contemplating what’s important, what’s meaningful, what matters? These kinds of questions lead us to reexamine our lives, to change our perspectives and to reconsider our position in society. We question not only ourselves, but those around us. We challenge both the community and the state, searching for answers to resolve the all-important question of what truly matters. 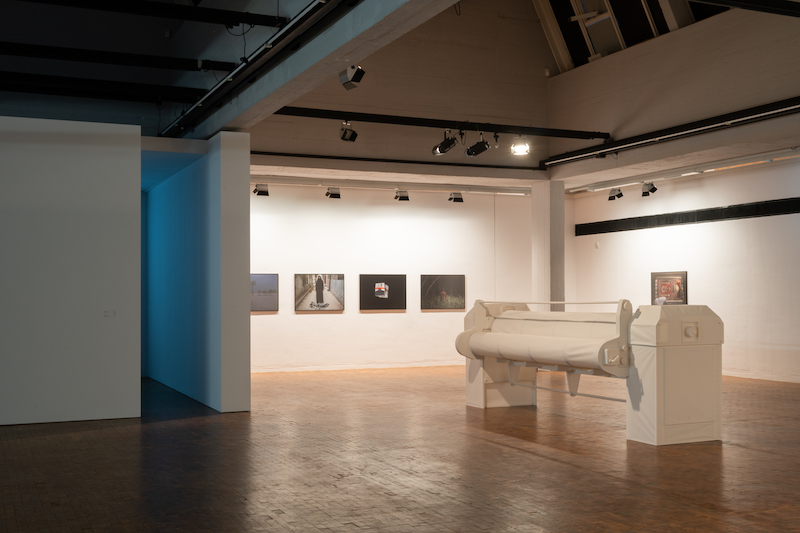 ‘What Matters’ is both the question and statement of this year’s presentation of works by the JUNGE AKADEMIE. In what is considered the most comprehensive display of works to date, 29 fellows from all of the Akademie’s art sections have come together to present sound and video installations, photographs, sculptures, paintings and performances developed during their studio residencies in the Hansaviertel in Berlin and at Villa Serpentara in Olevano, Italy. With diversity and the artists’ individual approach at its core, the exhibition encompasses a broad spectrum of themes—from questions about the transformation of societies and their expression in relation to urban space and landscape, to the interrelation between the individual and social orders such as state, religion and economy and reflections on images of the body and history, personal archives and intertwining of nature, technology and culture. 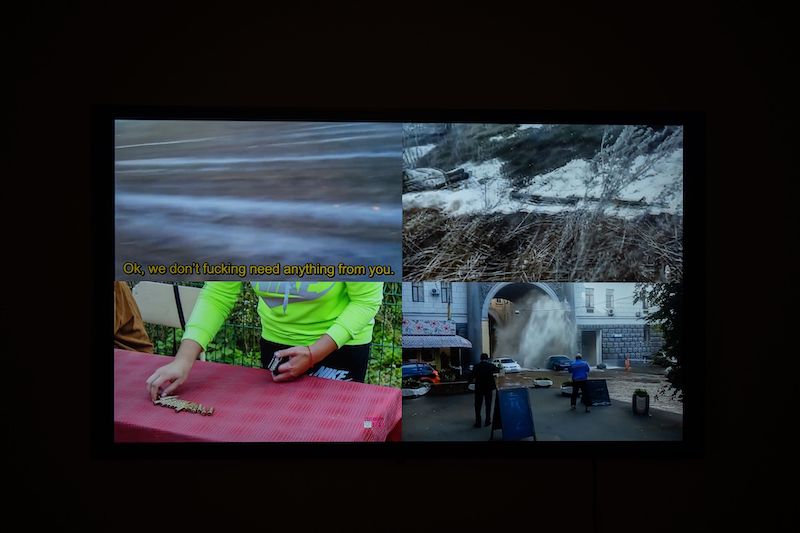 More poignant than ever is Sasha Kurmaz’s ‘State of Emergency’—a collage of found and personal documentary footage reporting various episodes of social and political life in modern Ukraine. His works play a game of disempowering power structures, exploring the changing relationship between human beings and the contemporary world and examining the existing tension between the citizen and the state. Since the annexation of Crimea and Russia’s continued aggression, violence and bloodshed have become increasingly prevalent. As four screens play simultaneously, we bear witness to a number of horror scenes, offering a glimpse into the realities of contemporary Ukraine. Juxtaposed against seemingly everyday footage, bloodstained bodies lay strewn at the sides of roads. Kurmaz does little to shy from a brutally honest depiction, with certain moments being too much to endure.

The expressive, intimate and dramatic installation ‘Beyond the Now’ presents characters as they awaken memories of birth, deconstruction and death in what is described as the artist’s personal examination of the legacy of a forest. Christin Berg’s works are often complex, feminist and critical in style, with ‘Beyond the Now’ being no exception. Like her own critical interpretation of the Romantic epoch—with an emphasis on emotion, the idealisation of nature and the glorification of the past—the discrepancy between the state of what is and the hopes of the past exists as the basis of the work. Uniquely curated, the work is projected onto the ceiling, with the viewer being invited to watch as the video reflects into a mirror located directly below. Looking down, a portal into another world is presented, establishing a romantic vision just out of reach.

Tucked away from the main exhibition floor is Miguel Hilari’s ‘Cerro Saturno’. The Bolivia-based artist centres his films on work, colonial history, migration and indigenous culture. Through a short 13-minute video shot in black and white, Hilari transports us from the remote fields of the Bolivian countryside, to the subtle hum of La Paz. Though each segment is filmed, an impression of stillness is conjured. From the gentle breeze agitating a blade of grass, to the trickle of rain droplets down a car window, despite the more serious themes that underscore Hilari’s work, a calming, almost dreamlike setting dominates. 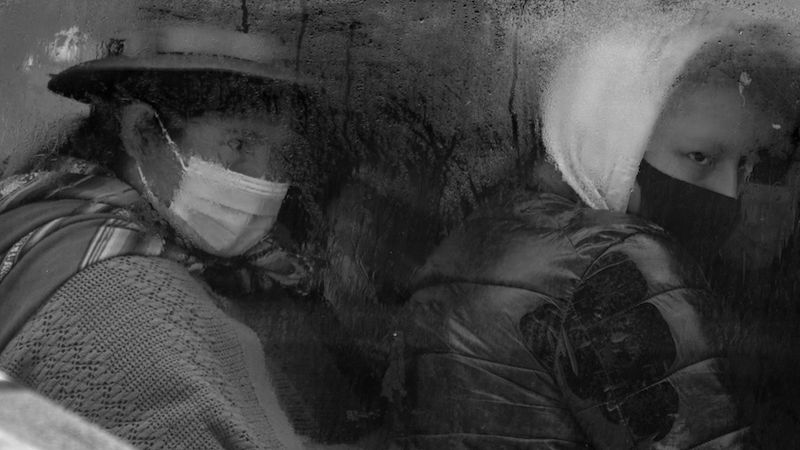 Commanding the room is Nazanin Noori’s ‘Apology.’ A lyrical drama set in two acts, the work consists of a text, an audio play and an installation. Set in the fictitious ruins of an amusement park in the Christian limbo, the piece describes a liminal place that is periodically haunted by the deceased characters of the story as they await their judgement of the dead. Playing on a grotesque succession of Socrates’ defence speech in Plato’s ‘Apology of Socrates’ and Empedocle’s justification manners in Friedrich Hölderlin’s ‘The Death of Empedocles’, Noori addresses the merging of post-dramatic poetry with sound, space and sculpture while focussing on atmospheric narratives. As the play unfolds, our attention becomes fixated on the suspended yellow slide as it moves in an almost hypnotic rotation. Combined with the sonorous voices of the protagonists, the atmosphere established is nothing short of captivating. Though just a segment of the play is performed, the short period of time in which it runs has the whole room engrossed. The entire piece is set to premiere at the exhibition’s closing event. 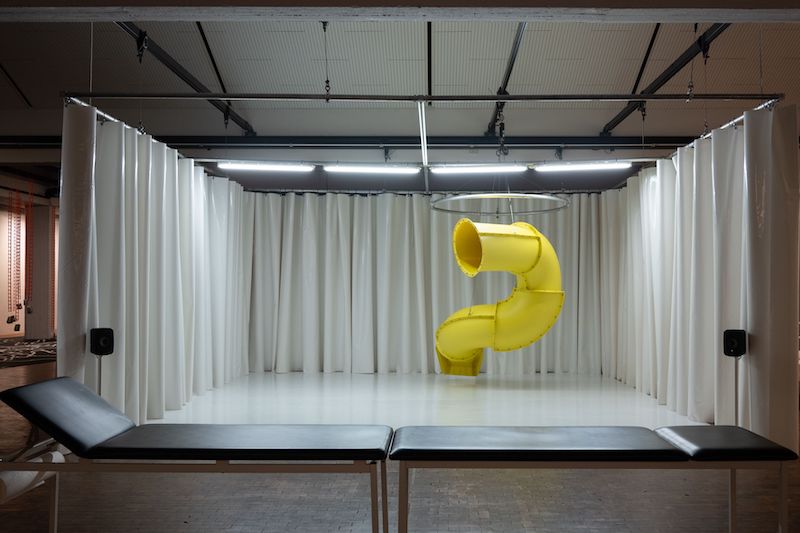 Ultimately, what matters here is artistic testimony, poetic resistance and the imagining of sustainable futures in the face of global tipping points. Through unique visions and approaches, the participating artists relay what they believe to be paramount during the tumultuous historical period in which we currently find ourselves.

Ahead of the exhibition’s closing event on April 9th, we’re giving away 3×2 tickets for a curator tour and free drink at the bar.