HKW is currently presenting a curated cluster of works by veteran filmmaker Alanis Obomsawin. Born into the Abenaki First Nation, in the community of Odanak in Québec, Obomsawin has documented, celebrated and mourned the Canadian indigenous experience throughout her career. ‘The Children Have to Hear Another Story’ represents a poignant and emotional navigation through Obomsawin’s 50 years of filmmaking. It serves as a hallowed space of remembrance for the voices her work privileged, the systemic occupation that terrorized them and the raw defiance of Obomsawin in showcasing both, while simultaneously crafting a new model of indigenous cinema. In particular, the showcase highlights the sharp impact that government-sanctioned cultural severance had on indigenous youth, their childhoods and their wellbeing. 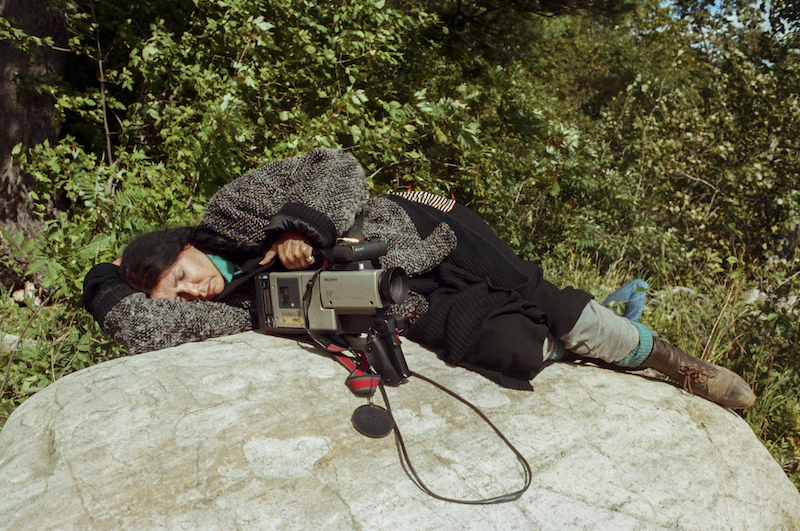 The exhibition is organized chronologically by decade, beginning in the 1960s and ending in the 2010s. Each section is centered around her major works previewed at that time and showcases selected films, artworks and documents that reveal the otherwise beautiful aspects of indigenous culture, ravaged by occupation. With such a rich body of work behind Obomsawin, choosing content to be featured in the exhibition must have been a heavy task. However, the layout of the exhibition feels balanced. Weaving through it is like watching a reel of a person’s life and, in a sense, it is. It allows you to bear witness to generations of traditions and devastation that feel intimate to observe. From the perspective of a European who before the exhibition had not been well versed in the Canadian indigenous experience, seeing the films showcased and the trauma therein was at times overwhelming. However, the gentle direction of Obomsawin made the experience feel reflective rather than shattering, which is a true testament to the talent of the filmmaker. 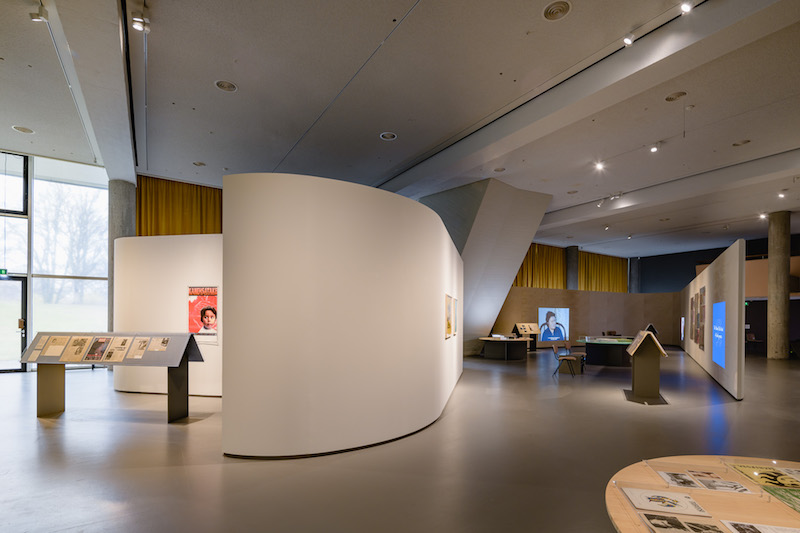 Alanis Obomsawin: ‘The Children Have to Hear Another Story,’ 2022, exhibition view // © Studio Bowie

Despite categorizing the social and developmental changes documented by Obomsawin into decades, the division of her works does not feel forced. The showcase does not attempt to neatly fit the trauma portrayed into harshly torn segments, instead, it allows each section to serve as a fleeting glimpse into the experience at hand. Her stream of work feels peaceful despite its harrowing content, reflecting the joy, beauty and music within the indigenous stories themselves. The exhibition is as much about the limitations forced upon these communities as it is about the pleasure that was snatched from them.

This joy that was severed, stolen and snatched from the indigenous people is quintessentially demonstrated through Obomsawin’s film ‘Amisk’ (1977). Made to protest a proposed hydroelectric power project that would occupy the territory of the James Bay Cree, the film is centered on the struggle of this particular community. It is named after the word beaver in Cree, an animal that would no doubt suffer from Canadian occupation and one that is a crucial part of the livelihood of the James Bay community. When Obomsawin heard of this intervention, she characteristically responded by utilizing all tools at her disposal to raise awareness and amplify the affected indigenous voices. She did this by arranging for a nine-day cultural festival which, coupled with interviews from members of the James Bay Cree community, forms the crux of the documentary. The film shows performers who hail from communities across the United States and Canada, such as Gordon Tootoosis and Willie Dunn. 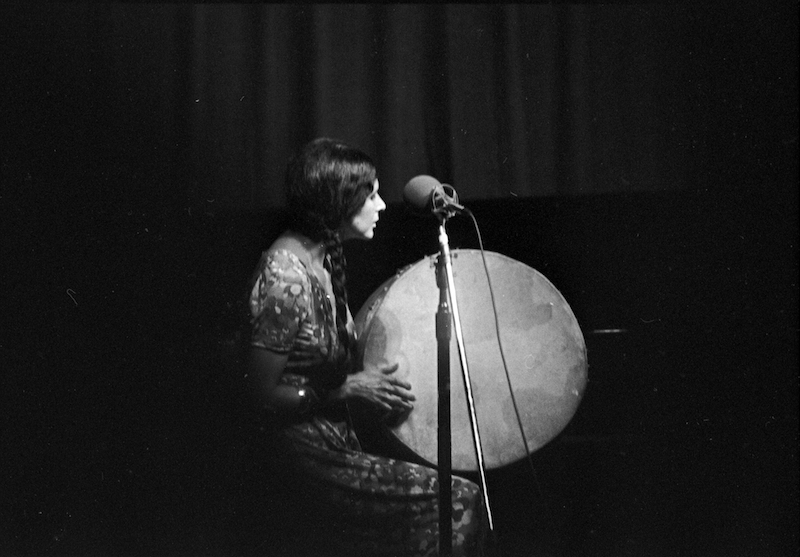 Watching the film, the sense of community, devotion and passion the individuals share for one another and for furthering their cause is tangible. Alongside the talent of the various performers, it overflows from the screen. This is also demonstrated through Mariposa Folk Festival brochures and photographs, which are shown alongside ‘Amisk’ (1977). The Mariposa Folk Festival was another event that Obomsawin had a guiding hand in programming, which was dedicated to celebrating indigenous culture and performance.

Equally apparent throughout this section is the love and respect that Obomsawin’s community has for her, her craft and her dedication to recovering and revitalizing their traditions. It’s clear she did not revel in the opportunity and attention she received, but instead redirected it to issues and people she cared about.

The showcase has a particular focus on the indigenous childhood experience, a consistent theme, and cause that’s visible throughout Obomsawin’s body of work. Her own childhood was colored by the systemic intervention of her community and in order to fully understand her career, it is vital to appreciate her journey and the obstacles she overcame to further herself and her craft. 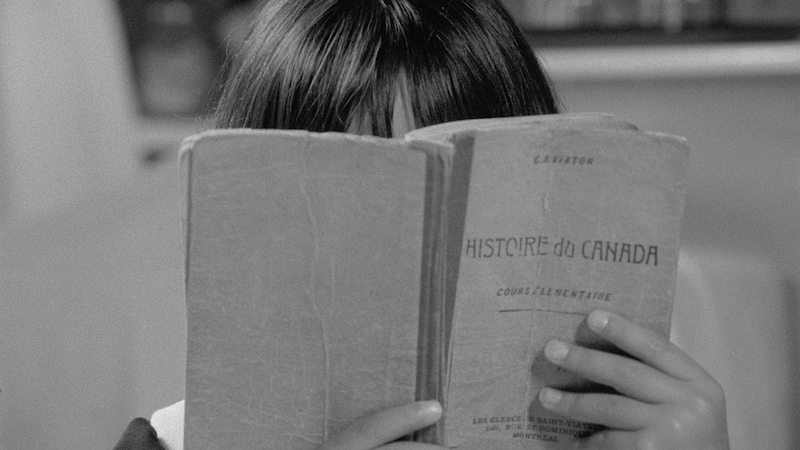 Alanis Obomsawin: ‘When All the Leaves Are Gone,’ 2010, film still // Courtesy National Film Board of Canada

Alanis Obomsawin was born in 1932 at a time when indigenous people who wanted to vote in a federal election were required to forfeit their “Indian Status”. Understanding this landscape and how it directly depreciated the value, opportunities, and reality of First Nation communities is critical to fully appreciating Obomsawin’s commitment to her community and the obstacles she overcame. Though she did not attend residential school—a violent system with the stated purpose of assimilating indigenous children into Canadian society—she was subject to a curriculum, racism and bullying that disparaged her Abenaki heritage and values.

In Obomsawin’s film ‘Christmas at Moose Factory’ (1971), the onslaught on indigenous childhood innocence is glaring. The film was in fact Obomsawin’s debut and depicts the Cree community of Moose Factory through the drawings and voices of its youth. Through children’s drawings and voices, we hear descriptions of their day-to-day life at home and their experiences at two schools; the governmental residential school and the local village school. The gentle tone of their voices and simplicity of their artworks are touching, but also painful. It feels unthinkable that this colonial occupation would inflict such a hard fist into their wonderful world. This juxtaposition of purity and harm is also echoed in Obomsawin’s first feature film, ‘Mother of Many Children’ (1977), which shines a light on the strength and important roles of indigenous women in the community, but also the struggles they face. 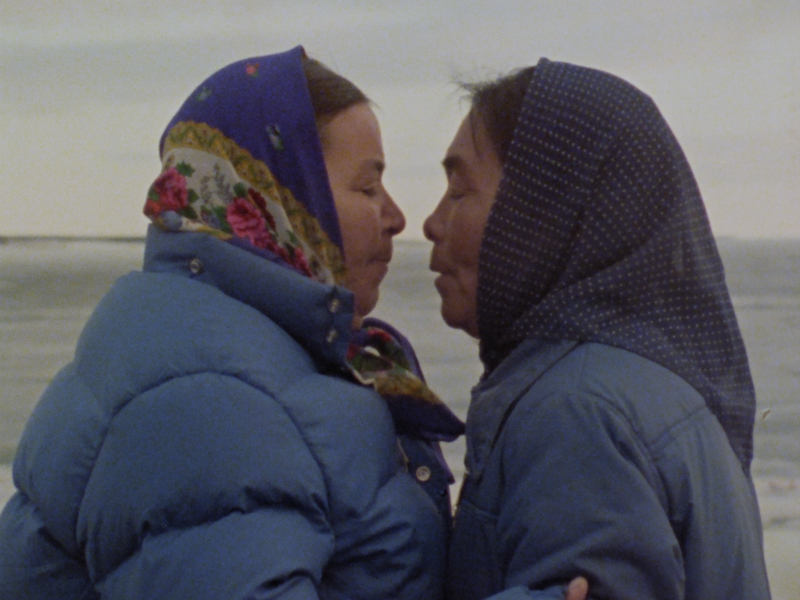 In her film ‘When All the Leaves Are Gone’ (2010), she breathed many of her own childhood experiences into the narrative of Wato, a young Indigenous girl who is going through many hardships and finds love and support from her guardians. Despite her tragic struggles, the capacity for reflection demonstrated by Wato feels otherworldly and is incredibly reminiscent of the energy that Obomsawin carries with her too.

Through works such as ‘Richard Cardinal: Cry from a Diary of a Métis Child’ (1986), Obomsawin uses film as a vessel to understand and express childhoods other than her own. The film is a tribute to Métis teenager Richard Cardinal, who died by suicide, and is accompanied by press clippings that demonstrate the press coverage that his death received across Canada. Cardinal’s journey was mercilessly piloted by occupation. He spent his short life being neglected, abused and shipped from foster home to foster home. The film is a heartbreaking combination of his own diary, interviews with his grieving family members and staged re-creations of his life. Controversially, Obosawin included actual footage of his death scene in the film too, and it ends with a stressed plea for indigenous control of social services. The film feels deeply upsetting and harrowing and at times, is difficult to watch. It is devastatingly effective at conveying how this singular tragedy caused irreparable, widespread pain and was all too commonplace. 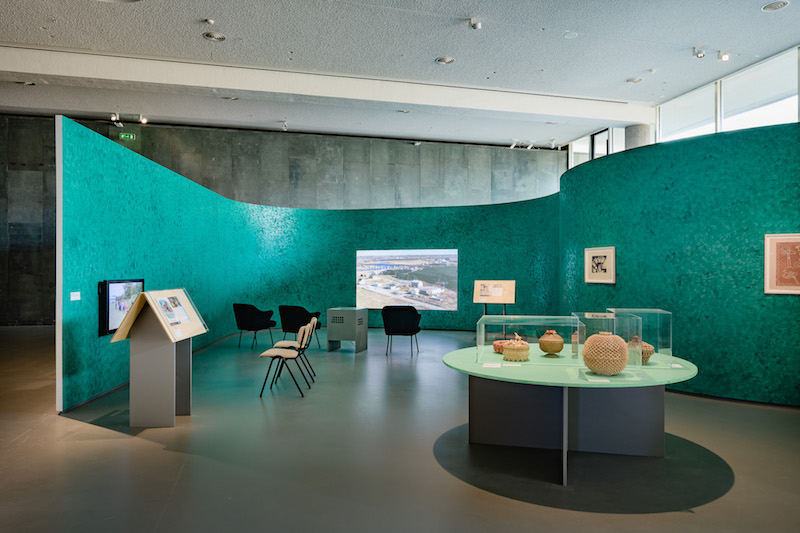 The breadth of this damage is also shown in ‘We Can’t Make The Same Mistake Twice’ (2016), a documentary that follows a decade-long court case taken by the First Nations communities against the systemic abuse that was inflicted upon indigenous children. The film opens the courtroom door, allowing viewers to hear heartbreaking courtroom testimonies. In one particular testimony, a survivor of state schools notes that the indigenous children were not the only victims impacted by their experience, but that all communities were. He insisted that by teaching the inferiority of one community, all would suffer because there was no superiority. The ability to have this kind of resolution is unfathomable and reflects the moral code of Obomsawin herself, demonstrating once again the collective power that fuels and inspires her, that is, her community’s connection and wisdom.

‘The Children Have to Hear Another Story’ is a beautiful retrospection on the career of Alanis Obomsawin and the resolution with which she shared her platform. Whether it be through showcasing the impenetrable talent, rich traditions, or childhood experience of indigenous communities, Obomsawin showed that theirs is not a light that can be simply put out. She coupled this defiance by revealing the effects that the occupation’s attempts to assimilate them had on their futures, relationships and emotional wellbeing. It is evident that the history shown through the selected works is but an entry point into a collective swelling of trauma and a wellspring of joy.