“Othering is alterity in the active voice,” reads the opening line to Nicholas Korody’s accompanying essay, which places Dittrich & Schlechtriem’s group show, ‘Othering,’ in dialogue with a lineage of theory on the concept of the Other. Korody’s proposition—ruminatory, a little obscure—sets the tone for a show which requires some contemplation and thought. These are artworks which do not immediately reveal themselves or their relationship to one another, but a circle round the gallery space illuminates the latter part of Korody’s statement—the artworks seem to foreground the voice of the Other and “othering” as an unstable and creative act. 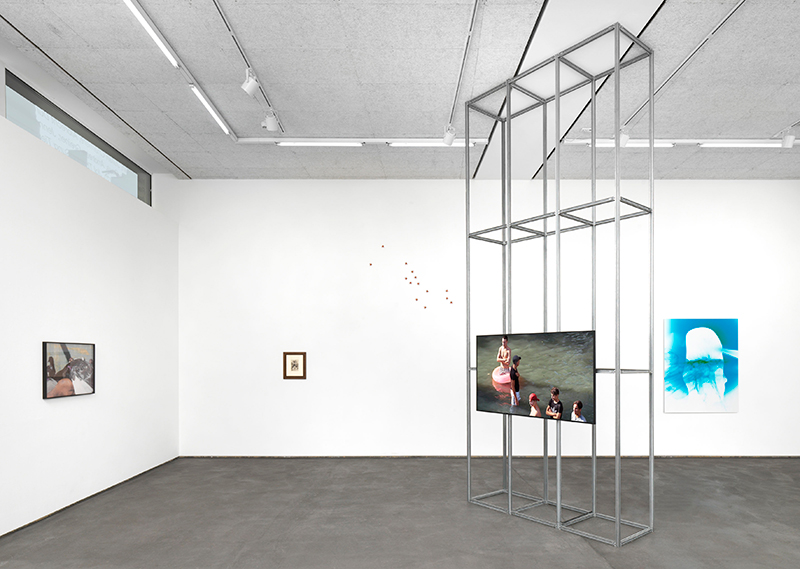 The familiar, contemporary sense of the term, to other, denotes the way a group or identity has been socially constructed as inferior. A meaning which derives from key figures in postcolonial theory such as Edward Said, Gayatri Spivak and Homi Bhabha. Adopted and adapted by activists, the conversation on othering deconstructs processes of discrimination and fetishisation. Such concerns are reflected in the works on canvas presented by Analisa Teachworth: ‘Out of its own body’ (2022) and ‘Prior to’ (2022), which, presented side-by-side, focus on differences in skin colour and point towards racialised othering. However, themes of social discrimination remain a background to the exhibition as a whole. At the foreground seems to be the idea of othering as a tool for deconstruction and as a curatorial and artistic technique. 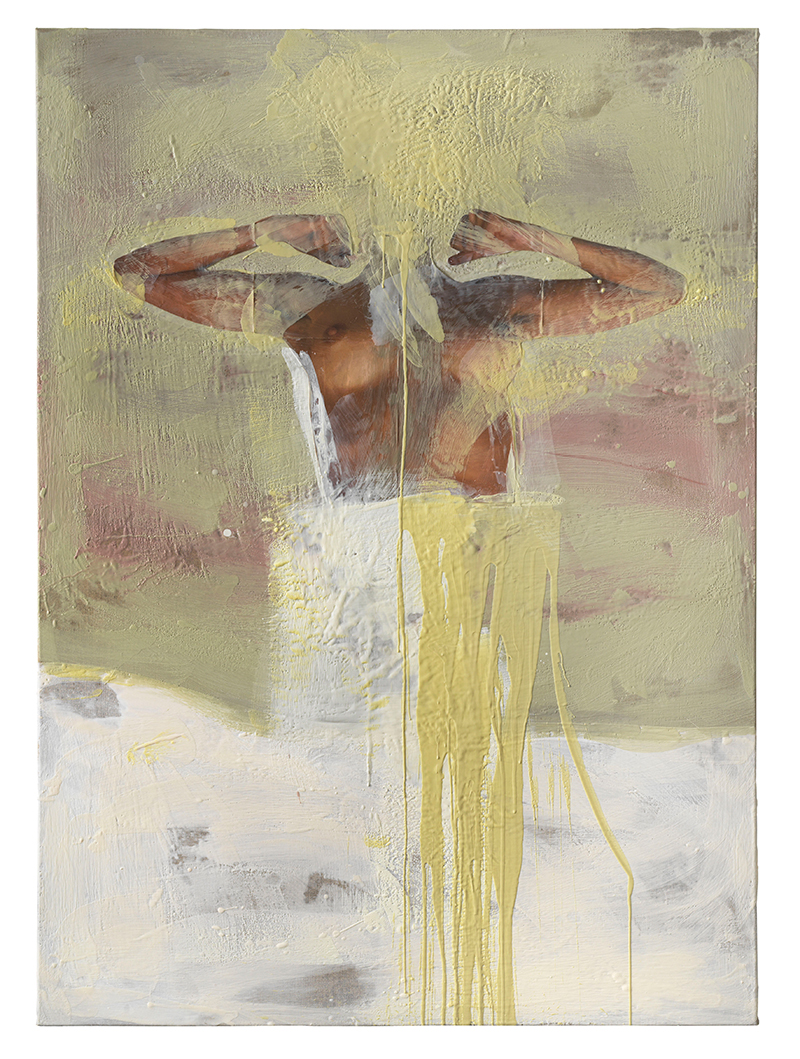 In philosophy, the concept of the Other is something internalised. Othering is essential to forming a sense of self. It is that which the self can neither know or assimilate. In the language of Emmanuel Levinas, othering is a desire which cannot be satisfied. It is a movement towards something else entirely—something that is nevertheless entangled with the self in what Korody describes as an autoimmune-like relationship. The works play at defamiliarising visual and auditory boundaries of identification between self and other, forcing the viewer to turn back towards their own internalised preconceptions. Our desire to draw distinctions between forms is foregrounded, but frustratingly not satisfied. We hover at the border between the one and other, caught in a state of movement towards the other. What exactly are we to call the thing in Albrecht Dürer’s ‘Coat of Arms with Lion and Cock’ (1502-1503)? What should we make of Jol Thoms’ ‘Radio Amnion’ (2021)? In an exhibition which presents us with unfamiliar and unidentifiable forms, we are held in the incomplete activity of othering.

The discourse of the Other is broad. The term has been applied to a multitude of things: the unconscious, death, God, as well as to the real and symbolic. The title of this exhibition leaves room for this vast etymology, covering an impressive amount of ground in a small space. The Other is encountered in suggestions of human, animal and machine-like forms, and in ambiguous ways that point towards the psychological and linguistic. In this group show, such a range of works means that at first glance, you might struggle to find a relationship between them.

Yalda Afsah’s short film ‘Vidourle’ (2019) is one of the more striking representations of othering. It somehow manages to detach itself from some of the typical classifications of the other. Here, she presents footage of adolescent boys in the Vidourle river in southern France intently watching something outside the scope of the camera. Suddenly the boys dash away from the direction in which they were looking. We hear the crashing sounds of bodies racing through brown, opaque water. Nothing materialises and they return to their original expectant positions to stare at something off-camera. Between these frantic surges, their body language sits between the anticipatory and the casual. Most of them are fully-clothed and stand in informal clusters. They appear to be friends or allies. The scene is quasi-playful, but also tense. It could be a game or sport. They could be waiting for some natural event, like a surge in the river. Unable to make sense of it, our own anxiety peaks. The uncertainty lends their movements a ritualistic quality. At a simple level, this could be othering in the form of teams and tribes. But we are left speculating about one half of the boundary; the process of othering is abstracted into a dance. 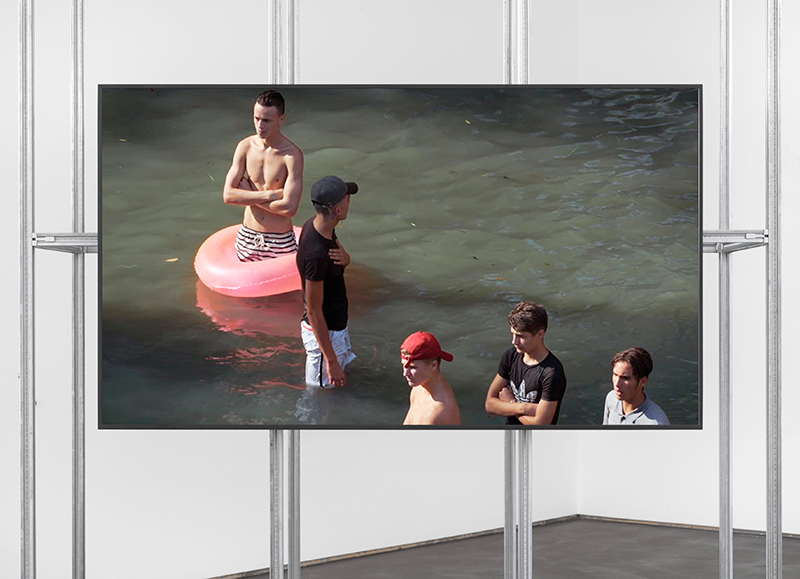 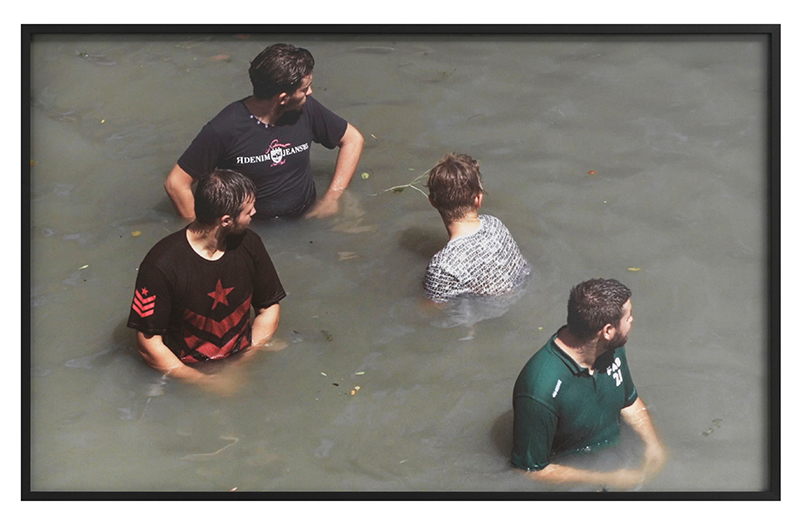 Julian Charrière’s multimedia installation, ‘The Gods Must Be Crazy’ (2019), considers animal, human and environmental boundaries. The title makes reference to the 1980 comedy film, in which a tribe in the Kalahari Desert discovers a glass Coca-Cola bottle dropped from a plane and believes it to be a gift from the gods. In a nod to the film, on one of the 49 monitors a fish can be seen probing a Coca-Cola can on the ocean floor. The installation presents found underwater footage of sea life interacting with eroding litter and manmade machinery. It interprets the story from a more sombre angle, speculating on ways that human waste creates interactions that prompt a type of othering within natural ecology. 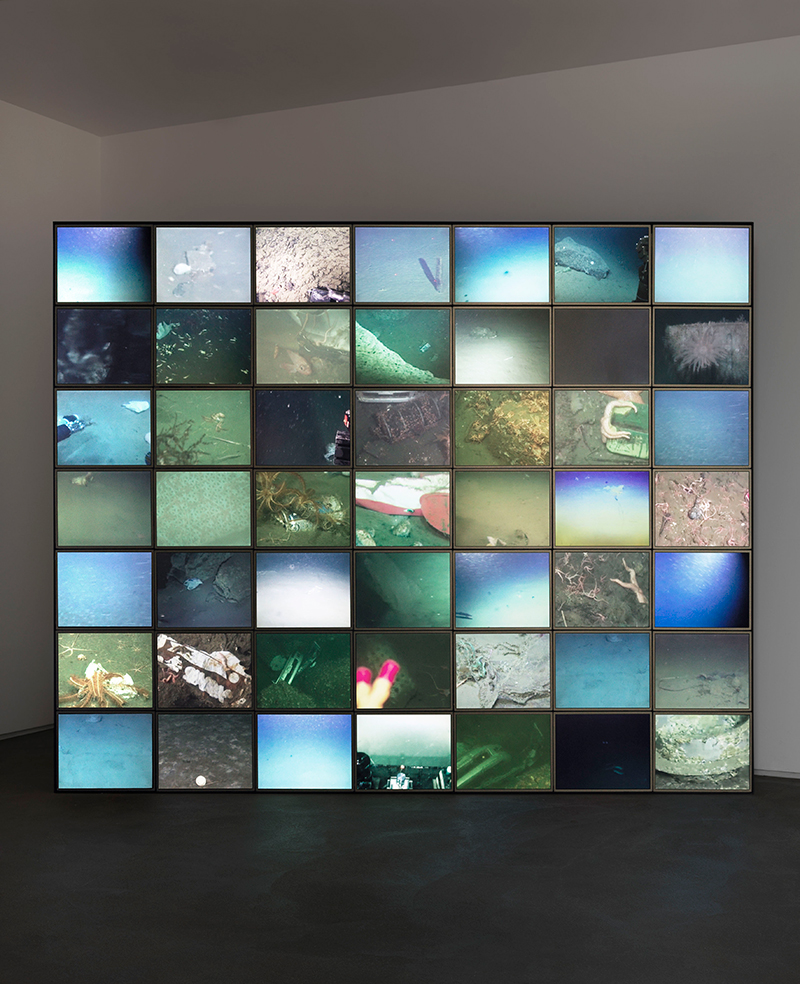 ‘Othering’ brings together a collection of works which leave you ruminating. The process of othering is abstracted; it sways in the indistinct gap between the one and the other. It leaves you with a feeling of things unresolved. Through this defamiliarisation, the artworks foreground the internalised nature of othering. By reflecting the action back to the viewer, as such, the concept is shown to be a site of creative power—active, always in production and a state of flux.