This article is part of our feature topic ‘Slow.’

E-Werk Luckenwalde decided to slow everything down. The curatorial team made use of the specific set of circumstances brought about by the pandemic during 2020 to begin a program of sustainable deceleration, or “slow curating.” The inaugural iteration of ‘Power Night’ began in 2019 as a single night of performances and exhibitions reflecting on a vision of sustainable futures, and coincided with the opening of E-Werk as a contemporary art centre and power station. “Slowness,” however, was first considered and implemented during the second instalment, when E-Werk extended its series over an entire year. ‘Power Nights: Being Mothers’ took place across five chapters from October 2021–July 2022 and was curated by Lucia Pietroiusti in collaboration with E-Werk’s artistic director Helen Turner, as well as E-Werk curators Adriana Tranca and Katharina Worf. This experiment in deceleration aimed to foster healthy approaches to working, meaningful connections locally and interpersonally, as well as allowing for reflection and accountability. 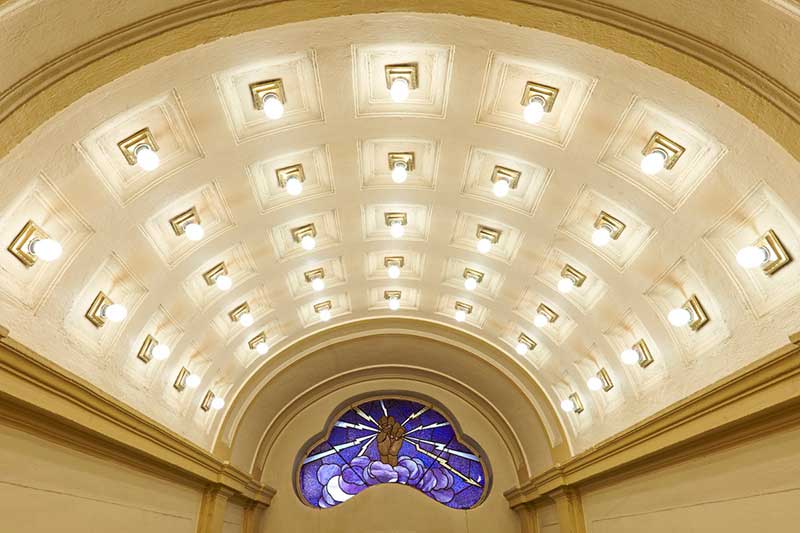 E-Werk, located in the town of Luckenwalde 30 minutes south of Berlin by train, was originally a brown coal power station built in 1913 and closed in 1989. Performance Electrics, a non-profit energy provider and art collective, founded by E-Werk’s co-director Pablo Wendel, reactivated the station as a renewable energy provider in 2019, creating “Kunststrom,” or “Art Power.” This energy, sourced from a variety of local wind, solar and hydro facilities, is central to E-Werk’s sustainable deceleration as it provides the electricity for the contemporary art centre and artist studios as well as supplying energy to the national grid, which allows E-Werk to retain autonomy over their funding and programming.

The year long iteration of ‘Power Nights: Being Mothers’ will come to an end on July 30th, 2022 at the historic Mendelsohn Hat Factory where Isabel Lewis and Sissel Tolaas will join forces with Solistenensemble Kaleidoskop for a showcase of a new performance. We sat down with the curatorial team to discuss what artistic deceleration means to them and what lessons they have learned from slowing down. 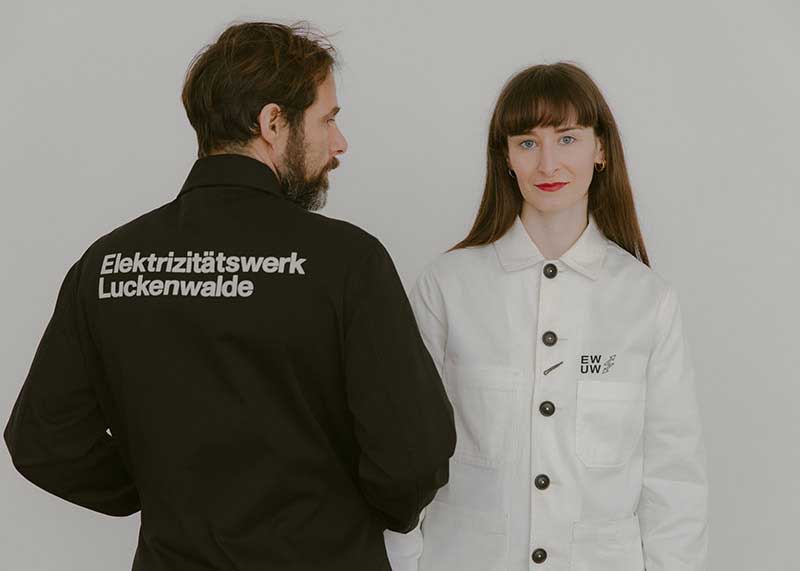 Aoife Donnellan: What kind of conversations did you have at E-Werk at the beginning of creating a program that focuses on sustainable deceleration and slow curation?

Helen Turner: I guess it comes at the beginning, because we’re really focussing on trying to breed sustainability into every aspect of E-Werk, whether that’s the energy we produce, or the food we serve in TRAFO, or what we order for the exhibition.

We were really inspired by this concept of slow curating, really slowing down. I’m talking from a personal perspective because in previous jobs, I have just been at this point of saturation where everything occurs at such a fast speed. It was the expectation to deliver that started to make us question whether that was necessary. What would happen if we slowed down and did things slower but did things better?

I guess that also ties into being a mother, or being a father. How can you be a professional, have a career and still be an ambitious curator? How can you integrate both of those lifestyles into one? I suppose the first time we started thinking about this was with Lucia Pietroiusti, who is obviously incredibly inspirational. She bases ecology at the core of everything she does curatorially. 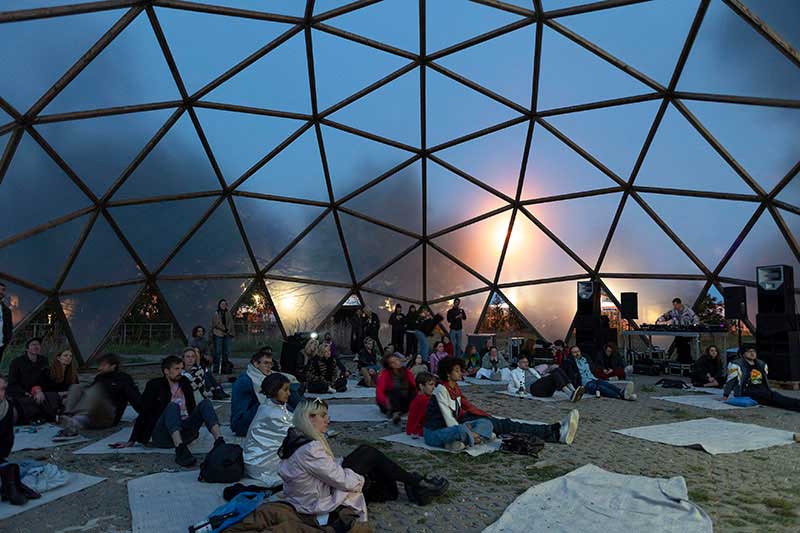 Katharina Worf: What was very interesting was that she brought in artists who challenged us at certain points, to the point of almost becoming consultants. We actually had a series ‘The Artist As Consultant,’ in which we did bring in artists such as Peles Empire, Stella Bottai and ten others as consultants. We are really listening and trying to adapt.

Adriana Tranca: I would love to give Corona some credit, although Corona doesn’t deserve any credit for anything, but I think it just created the circumstances and the context for us to do what we wanted to do, and the entire world understood. So we didn’t need to justify the slowness, or taking the time to have conversations between us, being mindful of our own mental health, or trying to cope with so many outside issues.

AD: What effect has this extended commitment to a single project had on the local community surrounding E-Werk?

HT: I think what’s really nice is that it’s given the local community the opportunity to visit regularly. Perhaps there is one exhibition that they see and it’s not particularly appealing to them, but then other exhibitions could be. For instance, we opened with Karrabing Film Collective. I remember some local guys coming who were quite critical, but then they came out of Karrabing and they were almost in tears. They were so moved by it, and that’s great. Then they came to another opening, to Revital Cohen and Tuur Van Balen, and they were like “I just don’t get it.”

AT: Which is great.

HT: That’s how contemporary art should be! But there is always this anxiety that you’re supposed to understand everything and to have an effective reaction to everything, but you don’t. ‘Grundbrot’ (2022) by Cooking Sections was about eating, so that is a very accessible entry point I think. That was at the point when the Russian invasion happened, and we found there were a lot of Ukrainian people coming here, and it’s just this very simple thing of eating bread together. 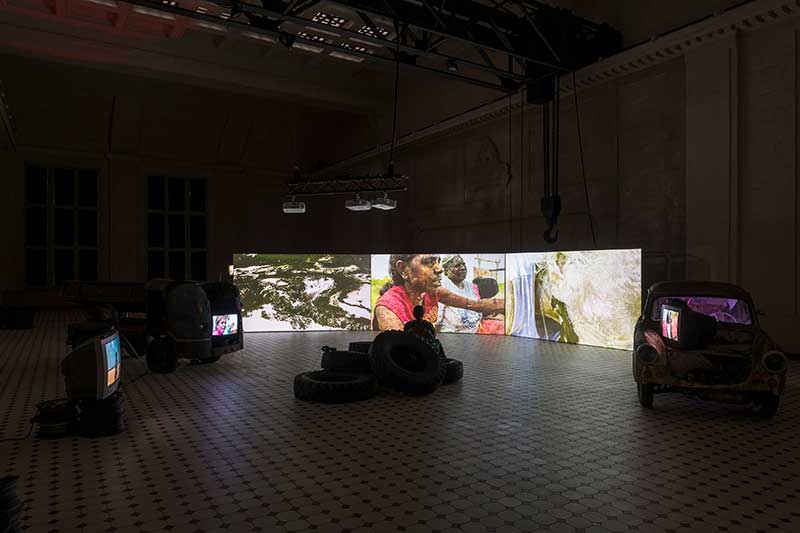 KW: Also with ‘Sun & Sea’ (2021) there were a lot of local people being performers or being integrated somewhere, whether it was on the artificial stage or in the background.

HT: It was one of our intentions to breed a feeling of co-ownership within the space. We are a not-for-profit institution so we’re not trying to make commercial gain out of this building—we really wanted to feel like it’s the property of the community. And we’re about to embark on an exciting expansion where we will take over the programming of the Stadtbad. We really want that to be a community-led project. We want to remove the hierarchy and authority out of programming. Who is to say that what we would like to program is best anyway? 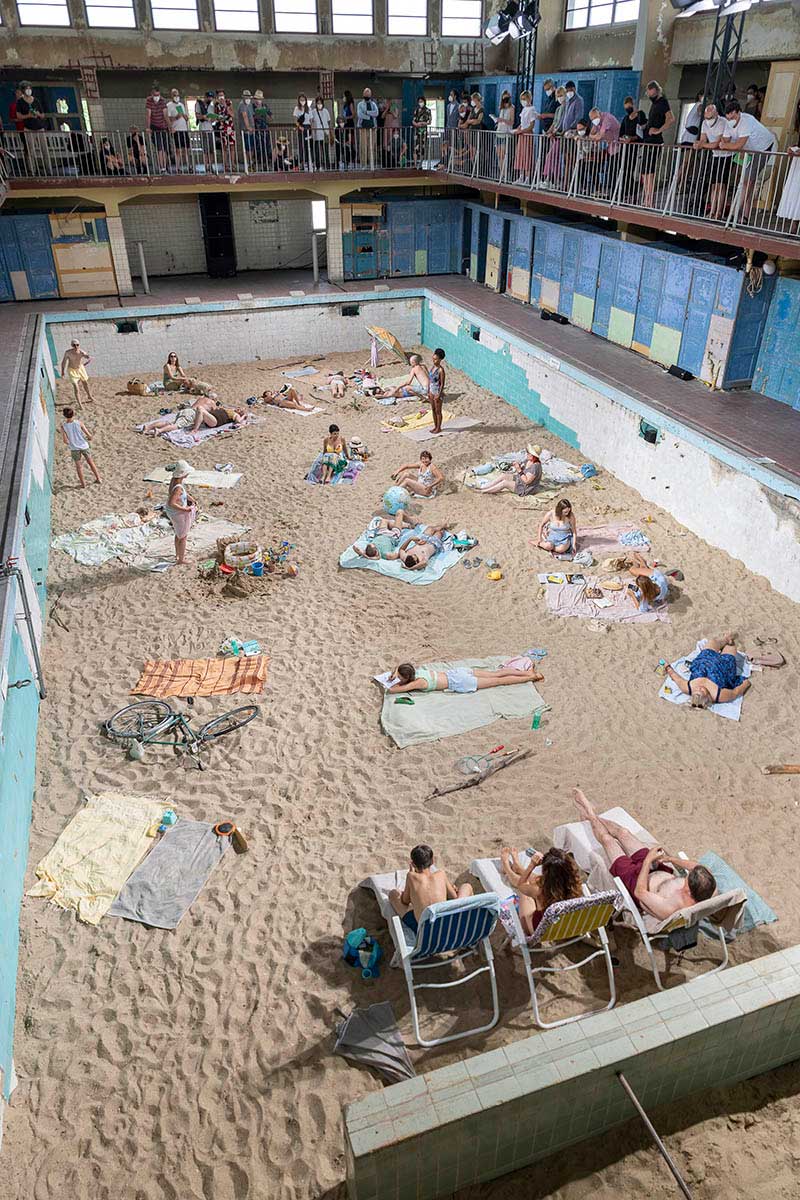 AD: E-Werk is in a unique position in relation to its ability to be self-sufficient in terms of its energy usage. What role does Kunststrom play in sustainable and slow curating practices?

HT: [Kunststrom] is the brainchild of artist Pablo Wendel. I think the fact that the institution is co-run by an artist has a massive impact. The idea was born because Pablo found himself in the precarious position when he couldn’t afford his utility bill and he wanted to achieve his own autonomy. He didn’t want to rely on the art market to achieve that. It’s very difficult for him to sell his own work as a conceptual performance artist or even to rely on institutional funding, so he asked himself, “how can I gain my own autonomy and do what I want to do without compromise? How can I remain radical and still be successful?”

KW: I think there are three important points: 1. the people we are looking after, whether this be internally or externally, 2. that the production becomes more sustainable, whether this is by working with local companies or working with longer lead times, giving artists options and advising them 3. slowing down the programming, like we have with ‘Sun & Sea,’ ‘Power Nights,’ ‘The Archive Show.’

AT: I think it’s really important to mention that Helen lives there. She’s not only running the space, but she’s part of it and the space is part of her. So that’s taking it to another level of commitment. 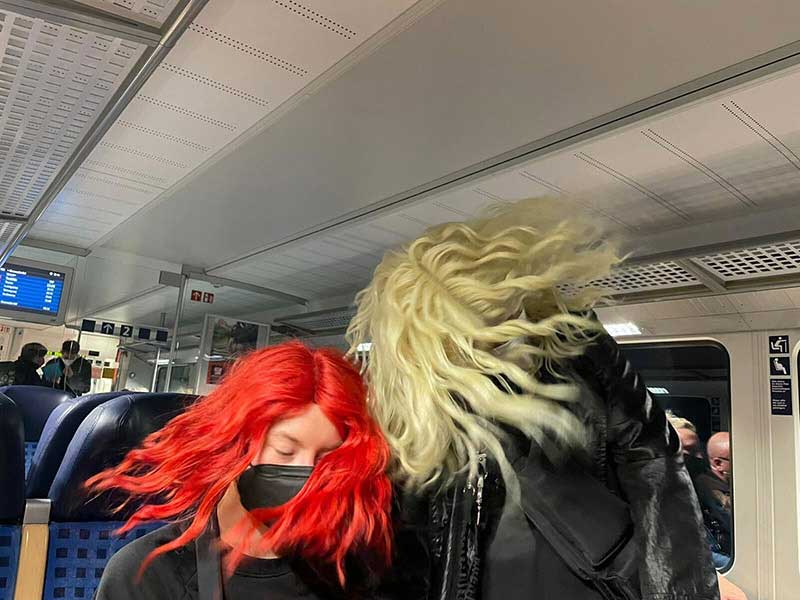 AD: How do you feel about such an extended project coming to an end?

HT: I think that’s what’s really nice as well, these aspects, like the train performance and the bread recipe, rather than forming a material, institutional collection they become an experience collection that will remain integrated into the fabric of E-WERK for perpetuity.

KW: Over the last couple of years this idea of forming, not an E-Werk collection, but a legacy. A composite of ideas, of experiments, in every direction or even some things could be re-performed or reactivated as well.

HT: What’s been so nice about it is the activation outside of E-Werk. We’re really excited to launch the next program and try to breathe the lessons we’ve learned from this program into the new one. We’re doing an electronic music festival in October called CURRENTS, we’re also opening an exhibition by Lindsay Sears that will be in collaboration with Performance Electrics. I’m looking forward to seeing how the lessons from slowing down impacts those projects.