Returning for its sixth edition under the name ‘The City of Project Spaces,’ the 2022 Project Space Festival will host 31 project spaces and initiatives across Berlin over the 31 days of August. With each space being given just 24 hours to present an event, the constantly-changing programme will push participants out of their usual schedule and challenge them to make something new. While intended to foreground the work of the participating spaces, the unique circumstance of the festival will also be a celebration, a creative process and a glimpse into the city’s ever-changing independent art scene.

Alongside showcasing the best of Berlin’s project spaces, the festival is meant to act as a platform to consider the concept and meaning of the term “project space.” Rather than focusing on the common rhetoric of what they are not, the dialogue will focus on how project spaces foster artistic experimentation, spark dialogue and nurture the local art community. A point of departure for the upcoming programming and dialogue are questions, with which artists deal with today: “Who owns the city?”; “Can the current questions of artists who are increasingly critical of the processes of the production and (re-)presentation of their work still be negotiated in the context of so-called public/private partnership agreements and their centralised notions of space?” 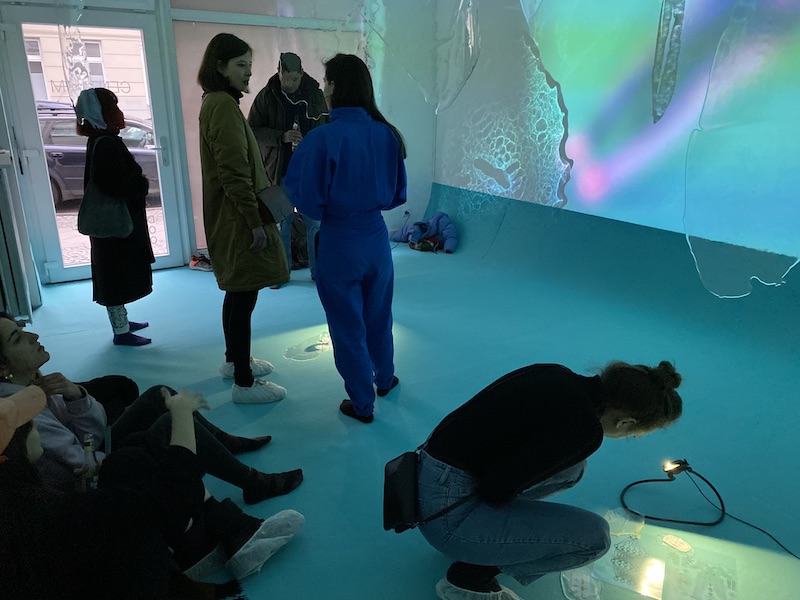 Kick starting the festival will be Xanadu—a newly founded project space specialising in film. Based in the former space of Horse and Pony and run by Carrick Bell, this mini festival within a festival will open the programme by inviting other Berlin initiatives that specialise in moving images, including 6×6 Project, an online platform founded by Mirelle Borra dedicated to the distribution and promotion of film and moving image works and Anorak Film.

Other recently founded spaces include New Fears in Wedding—a platform at the intersections of choreography and visual arts, between working, experimenting and presenting. The project space is programmed in “episodes,” all of which follow the same formula: two artists are invited for a residency in Berlin, which later culminates in a public event. The process is accompanied by a writer, and ends in a publication. On August 2nd they will present a 24-hour event titled ‘Crush’ that will be presented by New Fears Family and Friends.

Centring the mental health, well-being, experiences, knowledge, histories, narratives and archives of Black people, Indigenous people and People of Colour, as well as other migrant and marginalised groups is Mental Health Arts Space (MHAS)—an initiative founded by Berlin-based curator, writer and scholar Kathy-Ann Tan. Through workshops, conversations, reading group sessions, film screenings, podcasts, artist talks and other artistic and discursive program formats, MHAS aims to strengthen connections, build community spirit and share knowledge among under-represented and marginalised artists and cultural workers. By invoking the knowledge and lived experiences of Black women, on August 22 their Project Space Festival exhibition will transform the arts/project space into a living archive for the duration of their 24 hours. As visitors enter and exit the space, they will be invited to dwell in the sounds, stories, texts and visual interventions that collectively offer a counter-narrative to ongoing realities of colonial extraction and violence. 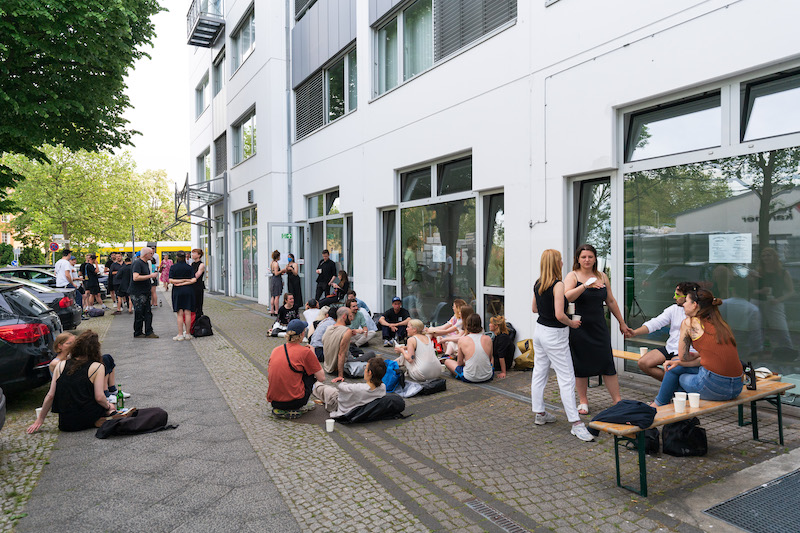 Project spaces with storied pasts are dotted among the selected participants in this year’s festival. Founded in 2009 in Neukölln’s Flughafen-Kiez by Kate Squires and David Moynihan is situated in a former brothel is Centrum—a history that still lingers in the red and grey tiled floor and large shop windows that look out into Reutertraße. On August 7, Ana Pascu and Yen Chun Lin will develop the performative workshop ‘Collecting stones from Hypnagogia,’ in which visitors will engage in a collective experience of self-reflection and observation, guided by an installation and a sound piece.

Though most commercial galleries will close their doors for August, with a new Project Festival event each day, the month will be busier than most. From garden sheds, former bordellos, spaceless interventionist food series, to venues that have not even been announced yet, the programme will be full of surprises.