Headlining E-WERK Luckenwalde’s first ever electronic music festival, ‘CURRENTS,’ is the legendary Suzanne Ciani, whose contributions to electronic music are once again coming to the foreground amidst a remarkably versatile career that has included everything from advertisement jingles to ambient new age. Her early compositions were made on the Buchla synthesizer, which she discovered after she met the inventor, Don Buchla, and, as she admits in a 2016 interview in RBMA Radio’s ‘Encounters’ series, “came under his spell.” She worked for Buchla and spent ten years developing live performances on the synthesizer. These are now some of the key works of electronic music, a famous example of which was performed in Phil Niblock’s loft in New York in 1975. 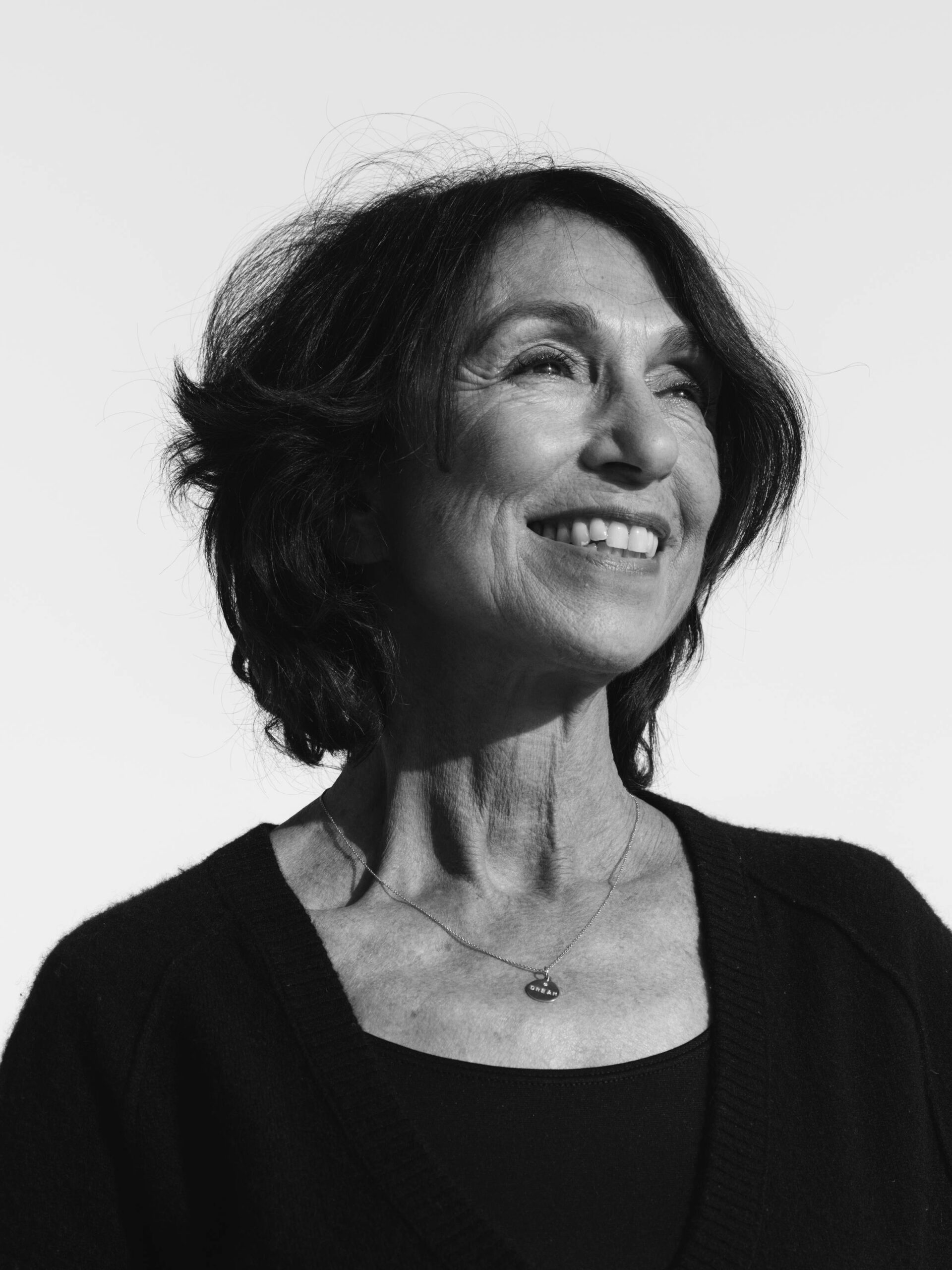 This is just the exciting tip of the metaphorical iceberg that promises to be a celebration as much as a breath-taking discovery. Curator Khidja, a music production and DJ duo from Romania, has put together a program that brings emerging and established acts together and in which performances will transform into “deep listening sessions.” The duo understand music as a means of engaging critically and politically. “The space, the energy and the community sense that music brings through its physicality becomes a euphoric ritualistic experience, a living instrument of change,” they explain. Part of that is naturally the infrastructure supporting the festival. All music will be powered by renewable energy, marketed as “Kunststrom,” making this unique one-day event completely carbon neutral. It will take place in Luckenwalde on October 8th, 2022. 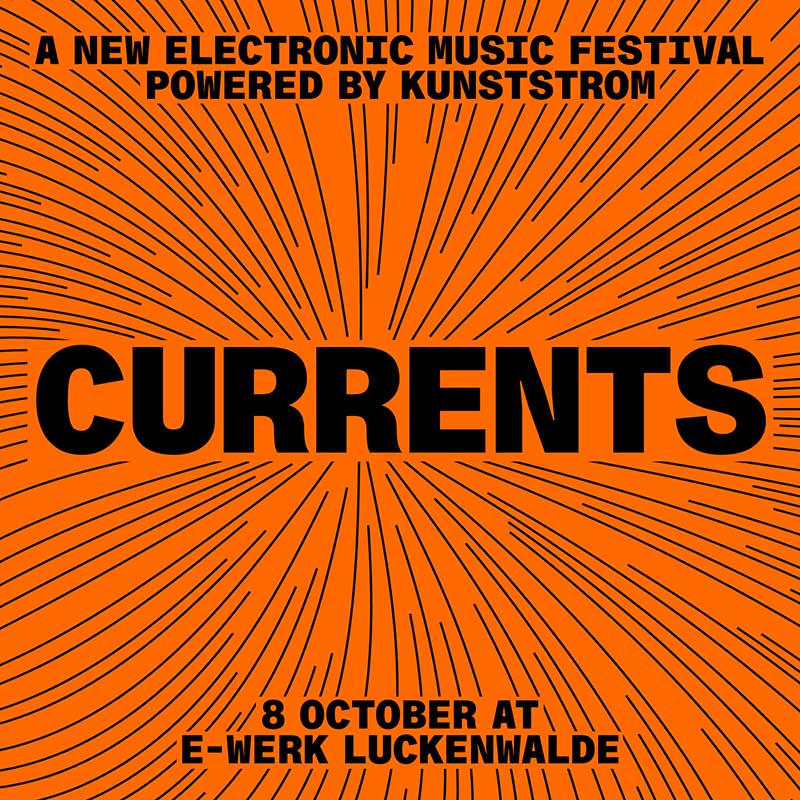 L.A. vocalist and performance artist Anna Homler is one of the more bizarre performances in the carefully selected line up. For ‘CURRENTS,’ she will appear in her persona ‘Breadwoman,’ whose songs, according to WFMU, the longest running free form radio station in the U.S., are “pop versions of cave paintings.” Breadwoman is more or less what she sounds like—a woman with a loaf of bread for a face. Incarnated in 1982, she chants and sings an eccentric mixture of languages and sounds.

Another feature is Dopplereffekt, an electronic music act from Detroit that has been active since 1995 and whose main member is Gerald Donald, though he tends to cloak himself with various German pseudonyms such as Rudolf Klorzeiger and Heinrich Mueller. With long-time collaborator To-Nhan, Donald has undertaken explorations of sex, fascism, capitalism, among other politically charged themes, in his music. Their most recent album, ‘Neurotelepathy’ was released this year on the independent, Berlin-based record label Leisure System.

Ukrainian singer-songwriter Svitlana Nianio also brings her work to ‘CURRENTS.’ Along with collaborator Oleksandr Yurchenko, she was active in the underground Ukrainian music scene of the 80s and 90s, where she mixed ethereal vocals with avant-garde electronic Ukrainian folk. She was also active in her chamber quartet ‘Cukor Bila Smert’ (Sugar White Death), which had an almost MIDI-medieval ring to it. For the festival in Luckenwalde, she will perform with Sergii Khotiachukis and Roman Gens. 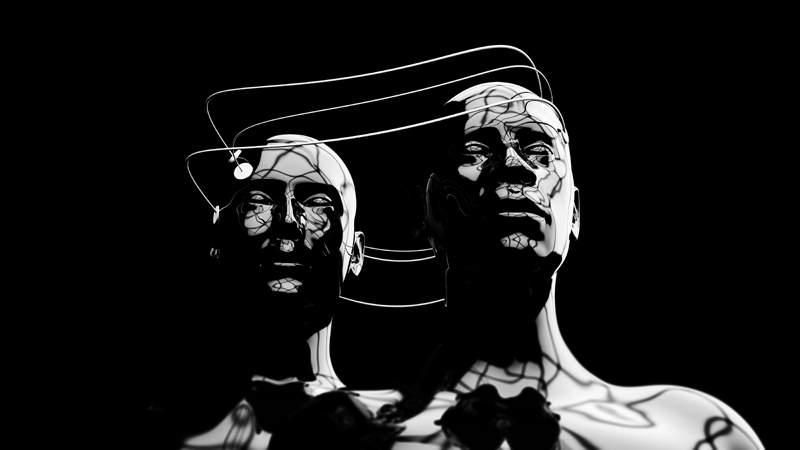 E-WERK Luckenwalde’s curator Adriana Tranca explains that the festival is particularly close to her heart because it “aims to expose these marginal pulsing practices, quietly astonishing music that crosses visible and invisible worlds while always paying homage to otherness.” As the inaugural edition of what is to become a regular feature, Tranca hopes to “draw new axes between electronic music and contemporary art.” The expectations are definitely set high, but with a program as eclectic as this one, the event will be sure to please, confound and surprise, maybe even all at the same time.