Ahead of her concert for ‘CURRENTS’ at E-Werk Luckenwalde in Brandenburg, just one of the destinations in her October 2022 tour, the legendary musician spoke to us from her home studio in Northern California. We discussed her upcoming performance, her live and collaborative work, and the unique bond with the instrument that continues to define her oeuvre. 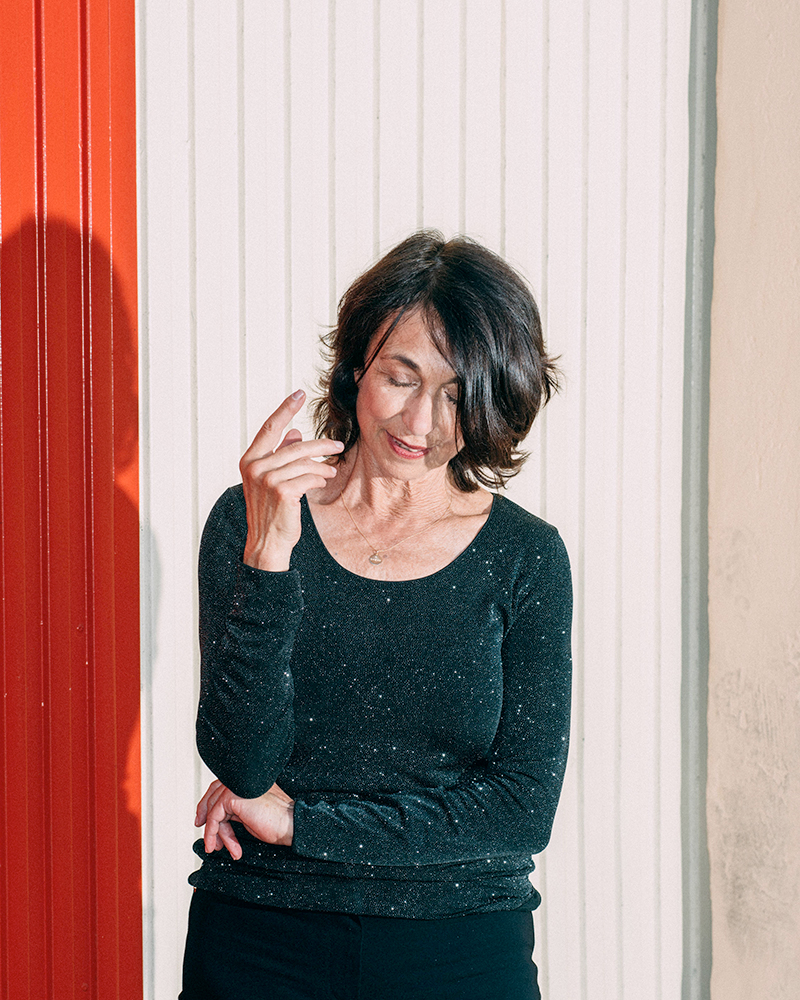 Adela Lovric: Your legacy is almost inextricably tied to the Buchla instrument. How did this relationship start and how do you work with the Buchla nowadays?

Suzanne Ciani: I got involved with the Buchla instrument in 1969. I met Don Buchla while I was in graduate school in California. Then I played his instruments at the San Francisco Tape Music Center, which was then housed in Mills College. After I finished my degree, I went to work for Buchla. I was already in love with the instrument as I was getting a degree in composition. It was not a very rosy outlook for women composers. I instinctively felt the promise that this instrument could give me creative independence. I dedicated myself to it for 10 years. I started on the Buchla 100 and then the 200. I called Don Buchla the Leonardo DaVinci of electronic music instrument design, the analog modular. I’ve come back to the Buchla after a 40-year pause and reconnected with the new version, the 200e. It’s an updated version of the one that I played in the 1960s and 70s. I’m doing it because there’s a renewed interest in the analog modular among kids. I’d like them to know the history of this brilliant designer, Don Buchla.

AL: What was the reason you stopped doing the Buchla performances in the 1970s?

SC: I had gone to New York City in 1974 to do a concert in an art gallery and never went back to Los Angeles. I fell in love with New York. I had my Buchla there and my ambition was to do live quadraphonic concerts, but I kept running into obstacles. People didn’t want to put up the four speakers for the quadraphonic sound. So, I took a sidetrack and I spent a couple of years trying to build up interest in it. I started the Electronic Center for New Music. It was good timing; in the 70s, you could deliver LPs in quadraphonic, but the theaters were not equipped for it and nobody really knew how to use it. The first time around, the quadraphonic concept failed. Then, my Buchla was stolen, which was very traumatic for me because I was married to this instrument. It was irreplaceable in many ways. That was the period when electronic music was starting to grow with the big companies such as Yamaha, Roland, Korg and Sequential, so I just moved my interest from the Buchla to studio albums. My Buchla work was always about live performance. It is designed as a performance instrument. It’s very special in the way that you can play it live because there are a lot of feedback systems in the interface that allow you to manipulate sound in the moment. Now I’m coming back to that. 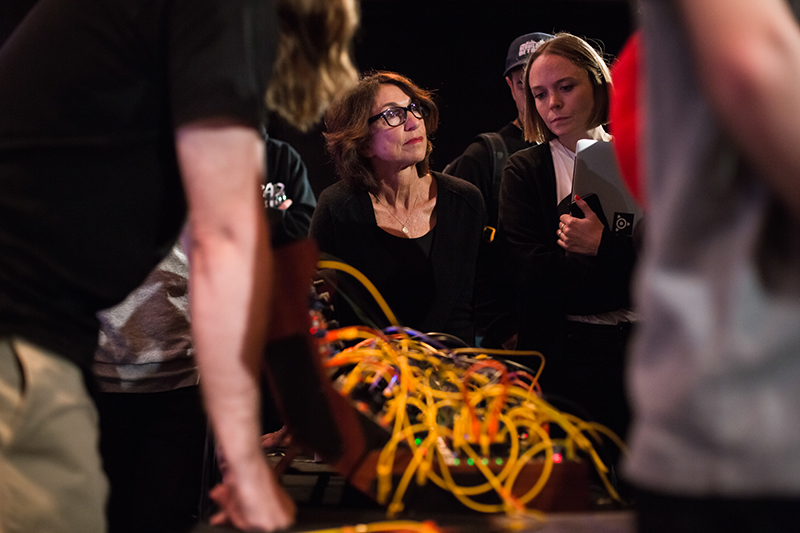 Suzanne Ciani running a Buchla Demo at the RBMA, 2016 // Photo by Dan Wilton

AL: You’ve also collaborated with Buchla players of younger generations. I’m thinking of ‘Sunergy,’ for example, your 2016 album with Kaytlin Aurelia Smith. How did that project happen? Do you plan to do more such collaborations?

SC: There was a period when we lived in the same small town. We met one night at a private dinner and realized we both play the Buchla. She instigated that project. At the time, I had no idea that there was a renewed interest in analog modular. We did that project together and then we went our separate ways. I think they’re going to re-release it this year.

Right now I’m working with Jonathan Fitoussi on a collaborative album. I don’t know if this will happen, but I was just contacted by Sam Shepherd of Floating Points who will be doing a project in San Francisco and wants me to perform his piece for the ballet. I’m also collaborating with a pianist from Paris. In my early days, I had to have total control. All of my albums from the 1980s and even the 90s are really my singular creative concepts. Now I’m more relaxed, I’m older and I’m more open to working with people. I really enjoy it now.

AL: Recently you’ve been touring a lot again and soon you will perform at E-Werk Luckenwalde’s festival ‘CURRENTS.’ What can we expect to hear there?

SC: It will be a miracle of some sort. I’ve been very lucky so far in that my instrument always seems to arrive in one piece. The Buchla is delicate; it’s small and compact. I have a new case for it that’s very protective but it’s always a fragile experience to travel with it.

For my performance at E-Werk Luckenwalde, I have a live composition planned. I start with four sequences, the same sequences I used in the 70s, and that’s the raw material of the concert. The music is very contrapuntal, like Bach. It wasn’t necessarily composed like classical music, which is more harmonic and has to do with the tonal movement from one key to another. It’s really lines moving parallel. If you have an ear for the contrapuntal, you will recognize the four sequences as they’re transformed into different types of sonic material. Musically, it’s a powerful compositional process. Composition is about using thematic materials, materials that you’ve chosen, and exploring and elaborating them. And there are new ways of doing that. If you look at Bach, he would speed things up, slow them down, play them backward or upside down. There are ways of manipulating your materials. With this control voltage instrument, I can manipulate the materials in ways that composers never dreamed of because I have the help of an intelligent machine. Among the things that define a musical sound⁠, there is now another parameter called spatial movement and location. I change the way the sound moves, depending on what I’m trying to express. 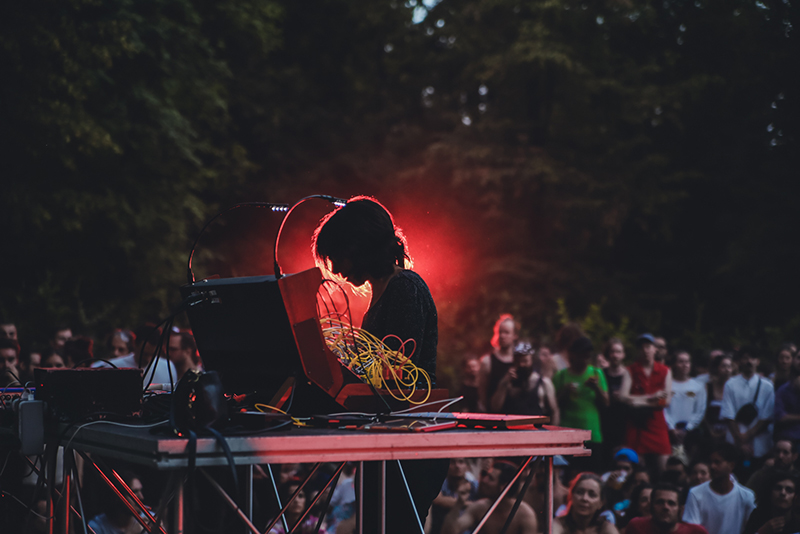 AL: What else are you working on at the moment?

SC: I’m doing a tour in October. I’m playing in Brandenburg, Dublin, London, Amsterdam, Helsinki and Athens. When I get back, I’m going to do some studio work, collaborating with a couple of composers. There are a lot of things going on. I’m working on my gear and trying to get a backup system in place. There’s a lot of maintenance and repair in between. I try to stay in the moment and do what’s in front of me right now.