Kinship beyond bloodlines—or the recently popularized concept of “chosen family”—is, for many, a mode of survival that provides escape from the suffocations and all too often latent expectations imposed by biological ties. Yet during the pandemic, with its travel restrictions, social distancing measures, self-isolation requirements and quarantine bubbles, both types of kinship bonds suffered—at times through imposed isolation and, at other times, through imposed nearness. Just as friendships and extended communities were relegated online, many parents of young children were confined to their homes, where the problems associated with the nuclear family were not only highlighted but, through prolonged friction, dangerously exacerbated. In all understandings of the word, familial ties have been questioned and challenged over the past three years, not least because the state, in its role as caretaker—often personified in the form of the “nanny” or “benevolent uncle”—was put to the test. The importance of different and unexpected forms of solidarity and care were thus pushed to the fore, reconfiguring what counts as work, what constitutes familial obligation, and what merits pay. 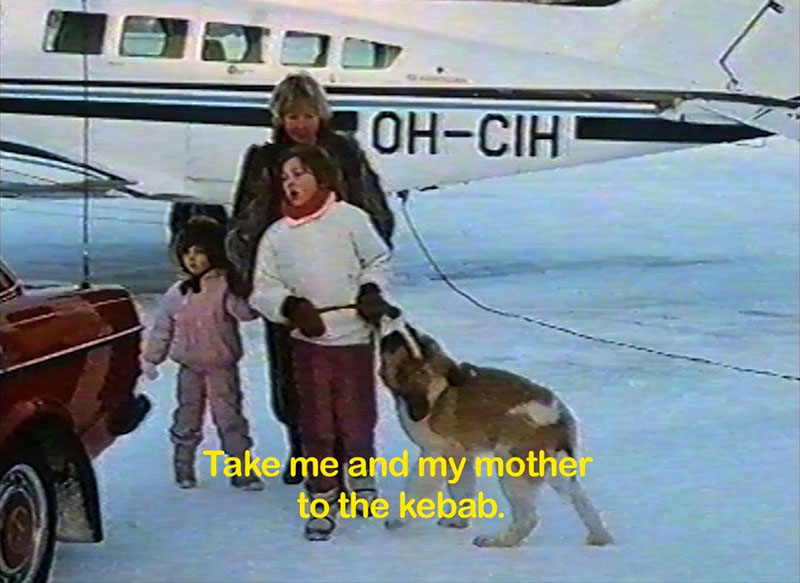 If it wasn’t clear before, the pandemic convincingly demonstrated that care is indeed work—a fact touched upon in the dual exhibitions ‘Absent Touch’ and ‘Mother / Sightless’ at carlier | gebauer in Berlin during the January 2021 extended lockdown. This show served as inspiration for our current theme in its emphasis on two very different approaches to reproductive labour. While Pakui Hardware and Paul Graham’s practices seem disparate on the surface, the pairing of the former’s installation ‘Absent Touch’ with the two photographic series ‘Mother’ and ‘Sightless’ by Graham produced a resonance that was further enhanced by the strange reality into which we had been thrown during the previous year. On the one hand, ‘Absent Touch’ reflected on the clinical, distanced and futuristic forms of care, ominous at the dawn of automated tele-health services. On the other hand, Graham’s simple portraits of his elderly mother in the last years of her life—sitting upright, dozing in an armchair in her English retirement home—motioned toward a kind of institutionalized care that was often forced to go beyond the call of duty. Graham’s description of his own work as “pulling something out of the ether of nothingness”—in this case, a world of invisible labour captured in simple gestures—set the tone for thinking about family as a modern construct, as well as its expansions and deconstructions.

In her 2020 article ‘With-Women: Grieving in Capitalist Time,’ Sophie Lewis reflects on the complicated nature of biological families, especially in the face of major transitions, and the crucial role played by care workers in supporting those relationships. She gets to the etymological roots of the word “midwife,” unpacking its importance as a pillar of sheer steadfastness: “The word ‘midwife,’ at its Middle English root (mit-wif), simply means ‘with-woman.’ To be a midwife is to be a woman with, a companion to another, especially during the more slippery, amniotechnical moments of social reproduction: partum, miscarriage, departure… it suggests the art Donna Haraway calls ‘staying with the trouble,’ a commitment to being-with, no more, no less.” This could be a definition of family at its most basic, before or beyond all the socio-political weight the term evokes. 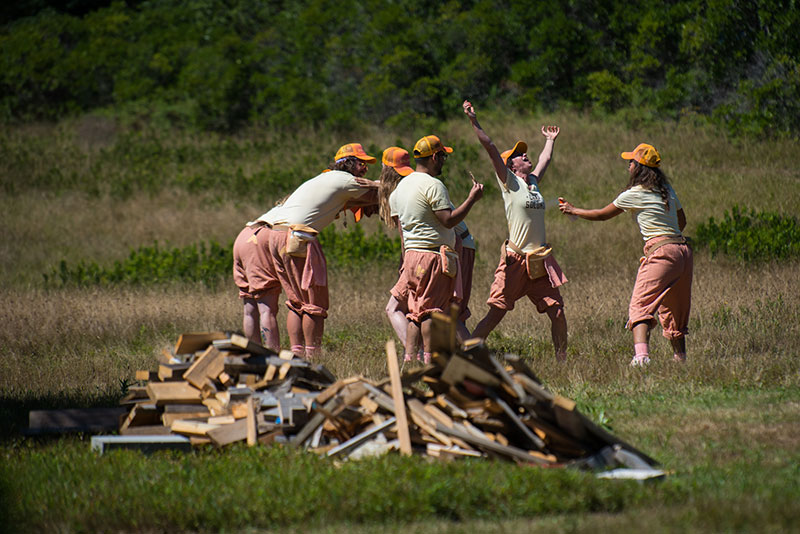 With the intent of productively thinking through old, new and evolving forms of family, our writers will explore how various kinship bonds are manifested, challenged and deconstructed through artistic practice. William Kherbek interviews Berlin-based artist Dafna Maimon, who deconstructs patriarchal structures through a reflection on domestic (and societal) emotional rituals. One such ritual is the simple act of saying goodbye, as in her ongoing series ‘Camp Solong’; another includes forms of belonging, as addressed in ‘Orient Express: Family Business’ (2014-18). Kherbek will speak to Maimon about the unstable borders of the psyche accessed in her work through allusions to family, especially the looming figures of Mother and Father. 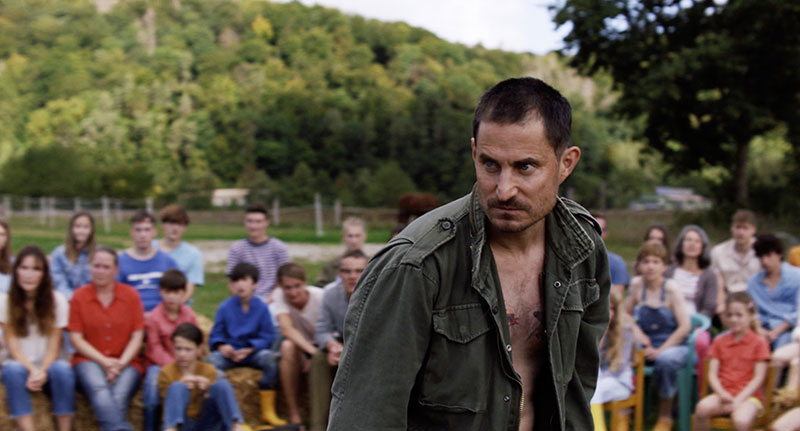 With a focus on the persistence of patriarchal structures in alternative families, Annalisa Giacinti will be reviewing the recent fictionalised filmic adaptation of life in the Otto Mühl commune. Christopher Roth’s ‘Servus Papa, See You in Hell’ (2022) focuses on the notorious social experiment in its late phase at the end of the 1980s. Otto Mühl, who was first part of the Viennese actionist movement, founded the commune in the 70s with the intent of establishing an alternative to the nuclear family, which he saw as the root of many social ills. However, the project slowly slipped into a fascist-like system, where abuse was normalised and for which Mühl was eventually imprisoned.

If a deeper look into the notion of family shows us anything, it is that no kinship relation is “natural.” This leaves us with the burden of a very large responsibility. How do we construct and maintain modes of togetherness without having them calcify into institutions? Since familial ties are created and negotiated, art might be in the perfect position to envision and manifest new social ties. In essence a bond manifested through mutual creativeness, the family demands constant (re)imagination, care, and perhaps most importantly, an openness to change.