Donna Huanca is a multi-disciplinary American artist who works nomadically, and has chosen Berlin as her base. Creating artwork with media including performance, installation and sound, she explores cultural hybridity by deconstructing them and recreating her own ceremonies. Materials like discarded clothing and second-hand fabric play a major role in her work. She interplays found objects from material culture which range from diverse fabrics to metals that span from simple nuts and bolts to jewelry and silverware. Her work also includes organic elements such as dirt, smoke, and foods. 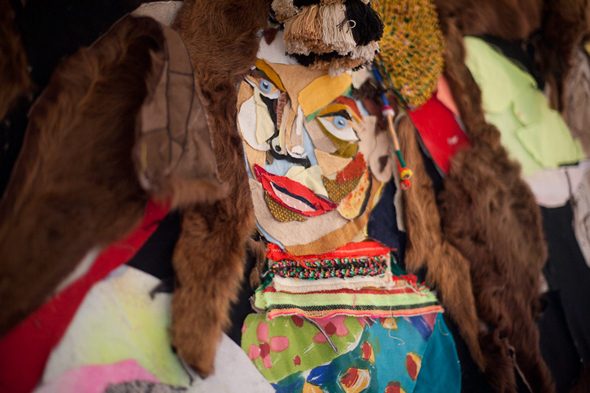 Clothing is a critical element in her work, because it represents the diversity and hybridity of culture today. The bright colors of the fabrics are evocative of ethnic clothing, sometimes referencing the tribal clothing of South America or rural Asia. Her portrait paintings are made of layered scraps of clothing, fabric, fur or felt. While working, she uses cloth like paint by placing it on the canvas, whether that be a human body, a mannequin, or the wall. She controls the movement of the medium, but also lets it fall freely when necessary. In her piece ‘Pachamama Dressing the Queen’ (2009) she films herself putting layers upon layers of clothing on a female subject Through this action, she creates a living collage, or as she calls it, an ever changing icon, which calls upon the idea of cultural ceremony. 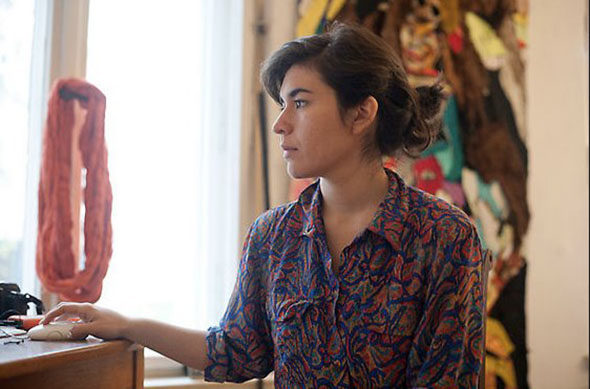 As well as using models as elements in her works, she also places a level of importance on collaborative pieces, especially as installations and performance works. ‘In Conjunction’ (2010 at HBC Berlin), her collaborative piece with Rachel de Joode and performers Helga Wretman and Tallulah Holly-Massey, there is a focus on mixing textural objects in a somewhat contrived but random manner. According to the artists, the sculptural spectacle interpreted the relationship between planets as they are seen when they align. Thus Wretman and Holly-Massey visit each station to interact with each of the planets, sectioned off by their colours and elements from the mythology surrounding each planet. 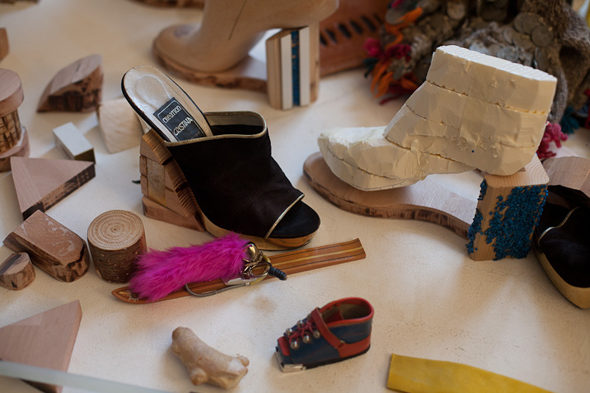 In the project ‘Jerusalem 2012’ (2007), a collaborative performance piece with AIDS-3D and Wretman, she deals with our anxieties and emotional reactions to social myths. It was based on the collective fear of an apocalypse pertaining to predictions of the Mayan calendar that have been highly transmitted through popular culture in the past decade. In ‘Secret Museum of Mankind’ (2008) she played upon societies interest in our individual past and future realities. In it Huanca created “[her] own Natural History Museum, which included different memory stations: that represented [her] genetic past, childhood and future.” 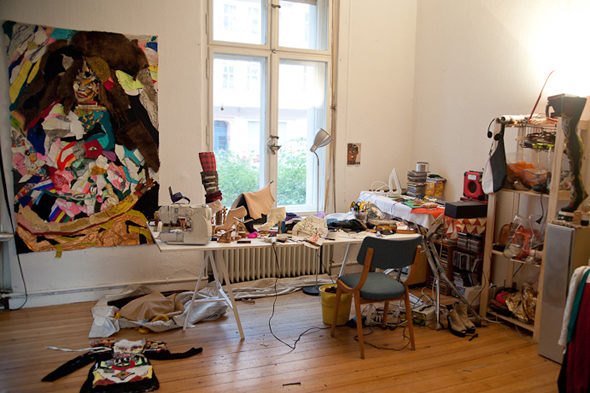 Beginning with her early smaller portraits created from 2004-2006, Huanca has expanded her portrait series to created large mural pieces that reference traditional masterpieces, such as seen in ‘Cuban Rebels (The Last Supper) 1967’, 2007 and ‘Calles de Oro (Mar de Crystal)’, 2006. Unlike the iconic works she references, her pieces always have an underlying political message. Other early works include the ‘Felt Assault Series’ (2004), which is reminiscent of Alighiero Boetti’s embroidered maps of the world. However, she pushes beyond simply creating felt representations of the world to her creating charted maps of continents known to distribute and freely use weapons to incite free within the public. 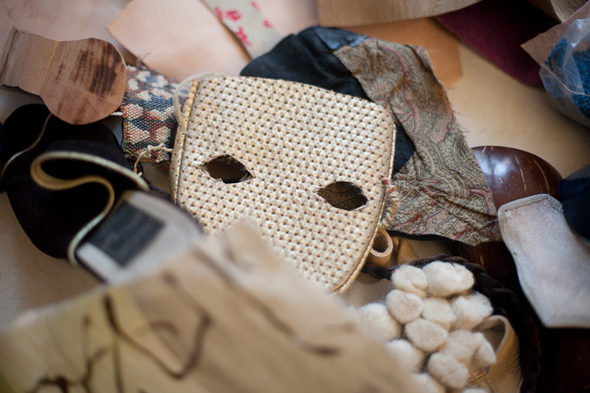 Huanca’s mixed medium work ranges in style and arena, with works exhibited in galleries, the street, a shop window and featured in Vogue. Her work is a vehicle for anthropological traces, which relies on a composition of rich and vibrant colors to enliven the history and memories of each presented culture.