Rachel de Joode’s studio, a large room in an old Berlin apartment, is filled with a universe of things. An ordered universe of things. On shelves lined in boxes are an assortment of objects and materials: plastic chickens, a giant medical ear model, bones made of cardboard, foam, peanuts, plastic bananas, fabrics, a skeleton, Toast bread, real stones, fake stones and so on. These things aren’t merely stuff, the kind that lies around your apartment, but things that have already began to be re-ordered or re-contextualized somehow, a process that will finally be realized through an artwork. Working across photography, sculpture, installation and performance, De Joode’s objects are always centre-stage – carefully arranged and displayed, yet functioning as free floating signifiers. 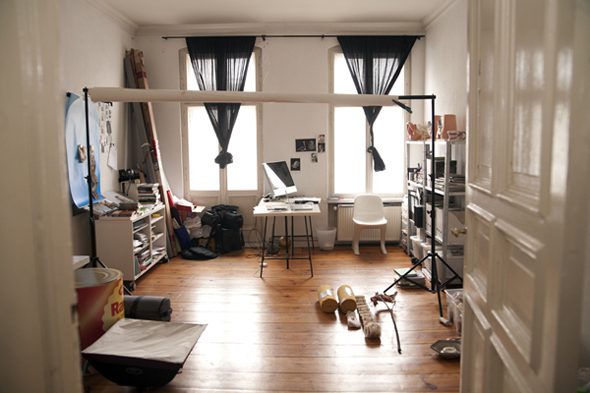 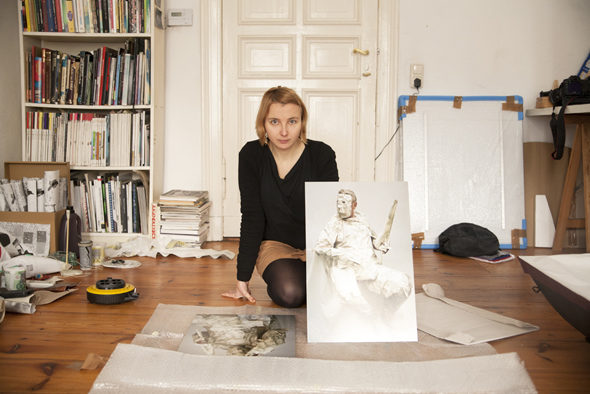 In her photographic / sculptural works, De Joode frequently mixes real objects with made objects, fake objects with found ones. Some objects are selected purely for their formal qualities, for instance Size Matters (2007), is described simply as ‘Skin colored objects measured on the face of a man.’ Others quote the art historical – De Joode’s frequent use of real potatoes and bananas are a not-so-sly reference to Van Gogh and Warhol respectively. But the real power of De Joode’s work lies in her ability to alienate objects from their original contexts. This is achieved not through sheer randomness or abstraction, but by newly categorizing each object within a system. In her Altar (2009) series, small sculptural clusters were created in urban environments to reflect seven elements of contemporary existence: food, energy, transmission, light, the physical body, nature and home and incorporated elements such as cigarettes, twine, animal carcasses, shoes, toothbrushes, and hamburgers. The result is an exercise almost in neo-mysticism, a sacred spectacle emptied of any specific spiritual meaning, but one that retains a sense of power through the connotative power of the objects themselves. 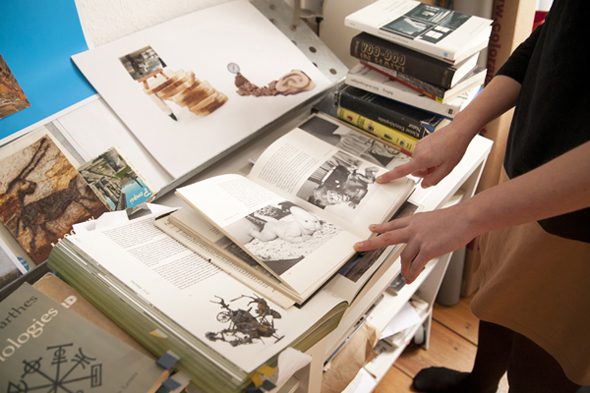 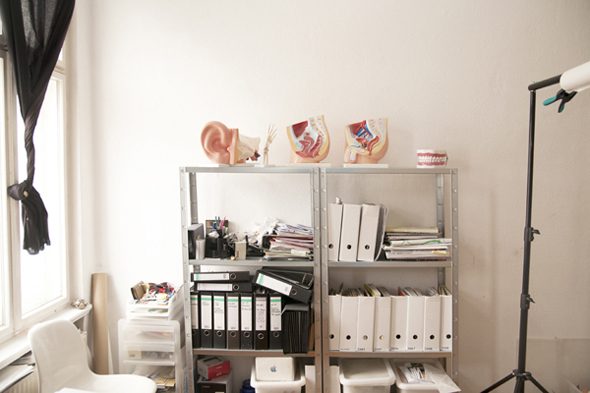 While De Joode has long incorporated human figures in her work, and for a long-time worked as a fashion photographer, last year she began collaborating on a number of performance installations that seem almost to bring her sculptures to life. In Conjuction (2010) at HBC, De Joode collaborated with Donna Huanca to create an installation that would host performances by Helga Wretman and Tallulah Holly-Massey. The piece interprets an astrological event called an appulse (when two celestial bodies appear near in the sky) and involved the two performers moving through the installation almost as though performing some long-forgotten ritual. In June of this year, De Joode produced a piece for the Lab for Electronic Arts and Performance titled Bone. The body as raw material in collaboration with dancers Jared Gradinger and Angela Schubot. ¬ The surreal and almost mythic quality of much of De Joode’s work is intensified through performance, almost as though her sculptural worlds have been waiting for inhabitants. 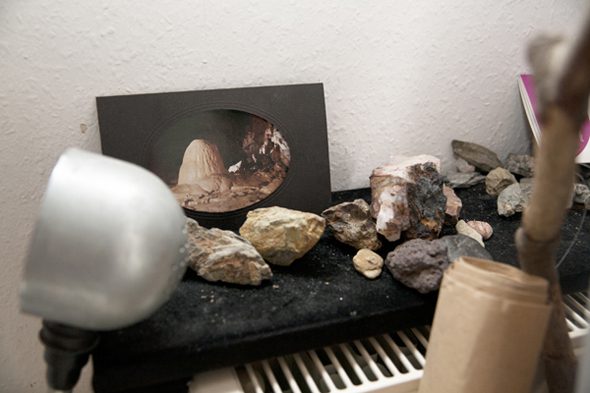 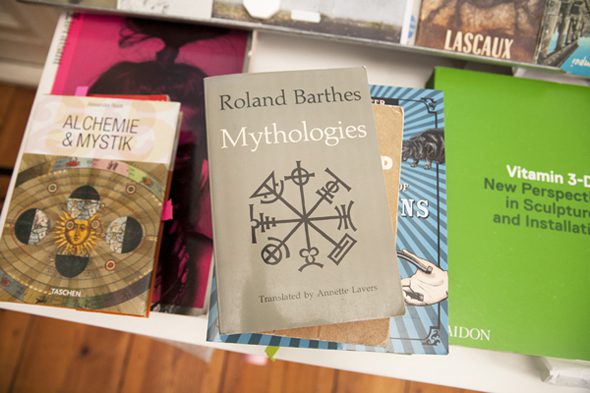 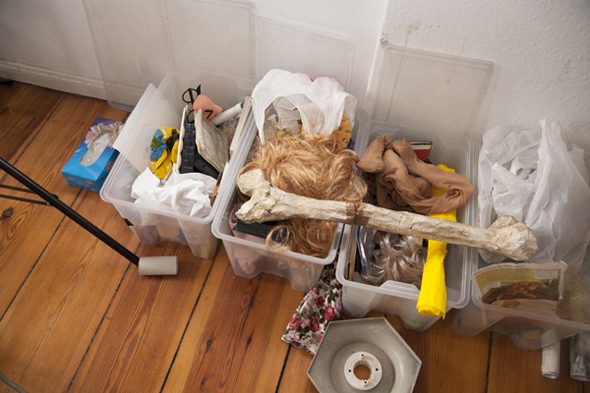 As well as being a prolific artist and collaborator, de Joode is heavily involved in many other aspects of the contemporary art-world. Earlier this year de Joode started a contemporary art auction house with artist and auctioneer Maria Kamutzki, with general aims towards accessibility. In their manifesto they reason; “many people who are actually passionate about art would never consider purchasing it.” And so the pair aim to match up “The Right Art to the People and the Right People to the Art”. De Joode is also co-founder of the experimental magazine project Meta magazine – an online publication that allows viewers to browse by association.