On November 18th, the international reach of Berlin’s emerging art scene will be presented prominently in Saatchi Gallery’s first survey of German art, Gesamtkunstwerk: New Art from Germany. Artists from
Berlin, Frankfurt, Düsseldorf, Stuttgart, Bremen and Cologne will be exhibited. Fourteen of the twenty-four artists hail from Berlin. This impressive presence in the exhibiting group, along with other notable international exhibitions this Fall where Berlin artists take center stage (such Berlin 2000–2011: Playing among the Ruins at the Museum of Contemporary Art Tokyo), prove the city to be one of today’s most influential centers for contemporary art. 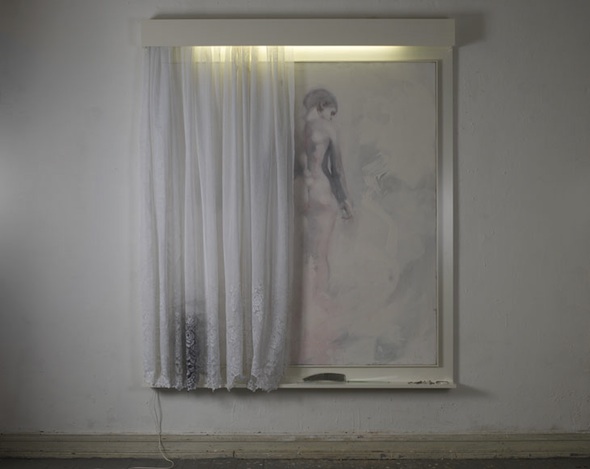 In Gesamtkunstwerk: New Art from Germany, many of Berlin’s most recognized artists will be presented including Andro Wekua, Corinne Wasmuht, Thomas Zipp, Markus Selg, Julian Rosefeldt, Kirstine Roepstorff, Thomas Kiesewetter, Volker Hueller, Thomas Helbig, Jeppe Hein, Isa Genzken, Ida Ekblad, Zhivago Duncan, and Dirk Bell. Aiming to showcase the range of German art at present, the exhibition will include sculpture, painting, drawing and installation with varying styles. It will run concurrently with Gerhard Richter’s retrospective at the Tate and five of the exhibiting artists will also have solo shows in London commercial galleries. 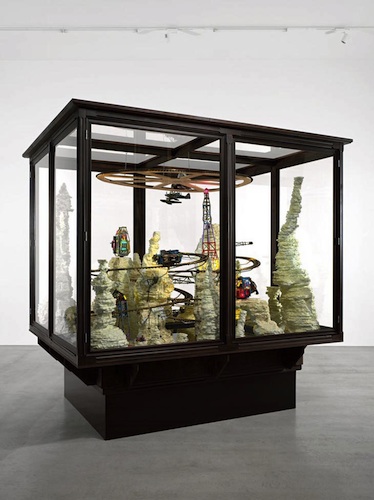 “Perhaps best known for its Wagnerian associations, the word ‘Gesamtkunstwerk’ can be translated as a total, ideal or universal work of art, or as a synthesis of different art forms into one all-embracing unique genre. As such, many works in this exhibition reflect on the boundaries of art, in terms of our perception of it and its relationship to other disciplines. If their work points to a new kind of Gesamtkunstwerk it is one in which high and low culture, the avantgarde and the historical, the everyday and everything in between can co-exist. Running through the exhibition is an inherent reference to another quasi-Gesamtkunstwerk: the baggage of postwar German visual culture and the work of earlier generations of German artists, from the Expressionists to
Joseph Beuys, Anselm Kiefer, Martin Kippenberger, Rosemarie Trockel, Gerhard Richter and Franz West, with whom many of the artists in this exhibition seem to be in conversation.” – Saatchi Gallery