As the week winds down in Basel and the general public floods in for the last day of viewing Art Basel and the numerous collateral fairs and exhibitions, you can see in the participating gallerists’ faces that there is finally a light at the end of the tunnel for this busy and ever-important week, for which they have prepared for months in advance. It was a non-stop, but fun week of seeing the latest international trends, what galleries and artists are new this year, as well as who returned to each of the Basel fairs since the last year. 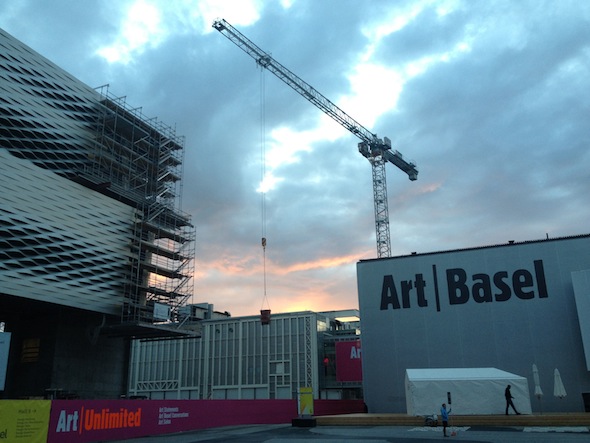 Through the fair days, the Berlin presence was as prominent as ever with thirty-six galleries from the city being represented at Art Basel. The veteran galleries, such as Sprüth Magers, Eigen+Art and Kicken were exhibited in the gallery section. In the Art |Statements section, dedicated to presenting exciting young artists, Peres Projects featured Alex Israel, Arratia Beer featured Matthew Metzger, Tanya Leighton featured Oliver Laric and Wentrup featured Nevin Aladag. Art From Berlin, a Berlin-based platform presenting a selection of galleries from the city at various art fairs through the year, was also featured at this year’s Scope Art Show. In their fourth presentation in Basel, they presented eleven galleries including c.wichtendahl.galerie, Wagner+Partner and Kit Schulte Contemporary Art.

Later in the week, we were lucky enough to catch artist and filmmaker, Philippe Parreno for a fascinating video interview (posted soon on BAL). Parreno is most publicly known for his groundbreaking collaboration with Douglas Gordon, Zidane: A 21st Century Portrait (2006), a time and motion study in which the two artists set up 17 cameras to follow Real Madrid football star Zinedine Zidane through the course of a match. His current exhibition at Beyeler Fondation (running until September 30th) includes videos works, Marilyn and C.H.Z, created as what Parenno calls “portraits that capture an image”. The interview was in partnership with our Venice-based media partners, My Art Guide, who had (brightest orange) guides available at Art Basel and throughout the city for fair guests to facilitate getting around to the endless fair events, as well as through the general city day and night life. 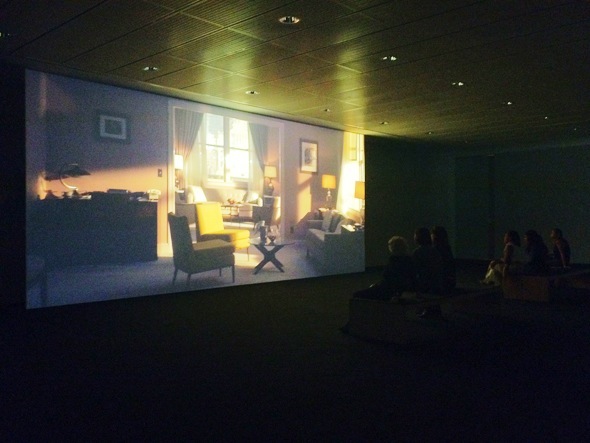 The Kirlian Bar by Berlin-based artist Jeremy Shaw proved to be a successful week-long event, attracting top gallerists and artists, not to mention the Art Basel directors themselves. Another of the best evening events of the week was at the famous VitraHaus campus. The elaborate property includes VitraHaus, built by Herzog & de Meuron and housing the Vitra Home Collection; the VitraDesign museum, noted as one of the most important design museums in the world, residing in a mesmerizing building by Frank Gehry; and the Lounge Chair Atelier, where one can view the craftsmanship behind the legendary Vitra Eames Lounge Chair, a classic of modern furniture history. Guests were invited to tour the complex through the evening, while being offered drinks and an array of back-to-basic snacks such as french fries, cotton candy and artisanl fresh bread. Despite the trip over the border to Germany, the setting proves every year to be an enormous success. 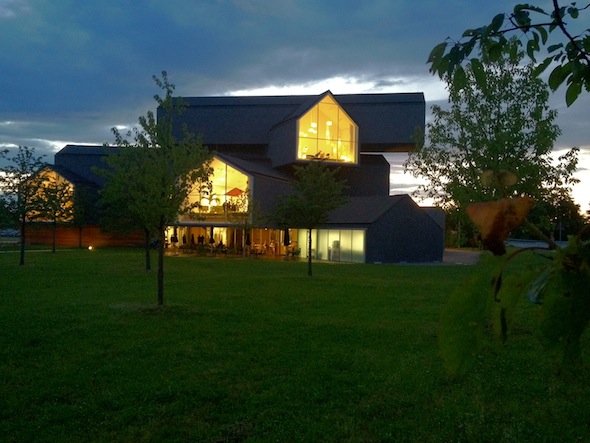 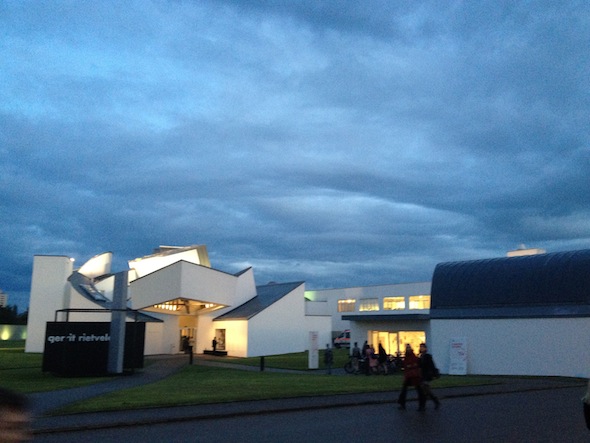 This was also an exciting year for two Dubai-based galleries, Gallery Isabelle Van Den Eynde (participants of last year’s abc in Berlin) and Green Art Gallery, who were selected to participate in the Art | Statements sector, marking them as the first Gulf region-based galleries in the history of Art Basel to be invited for the fair. Earlier this week, The New York Times reported on this landmark entry of the two galleries in which Marc Spiegler, co-director of Art Basel, was quoted saying, “The fact that you have two galleries from the U.A.E. points to the growth of the region in terms of its artists, galleries, institutions and private collectors”. Both art spaces are located in Dubai’s soon-to-be expanded Alserkal Avenue, which has become a hub for the quickly emerging contemporary art scene in the Gulf region and beyond.

Another Art Basel comes to an end and perhaps brings a short summer pause before the next big fair comes along. See below for more images from the week in Basel… 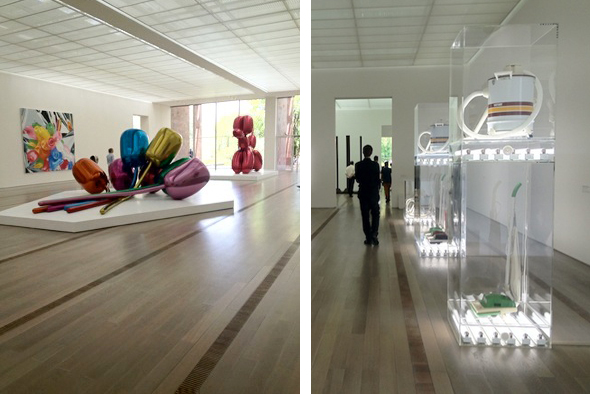 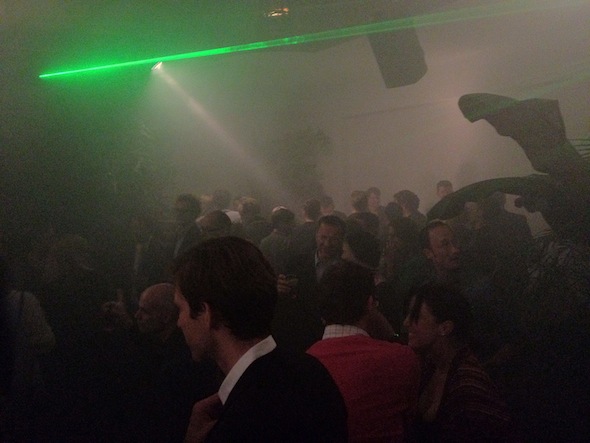 The Kirlian – Bar by Jeremy Shaw for Absolut 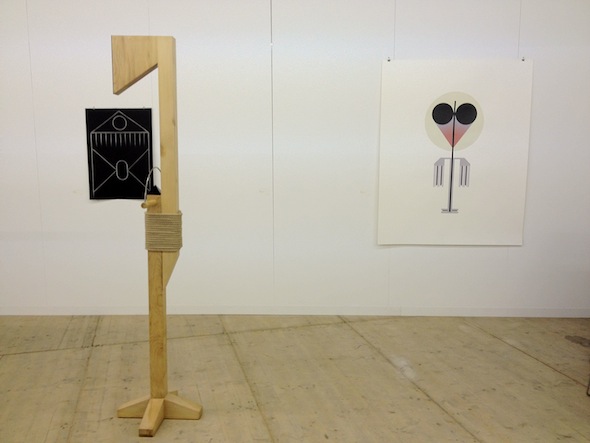 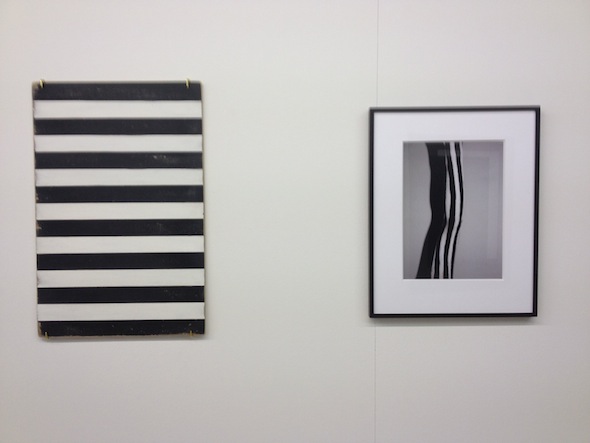 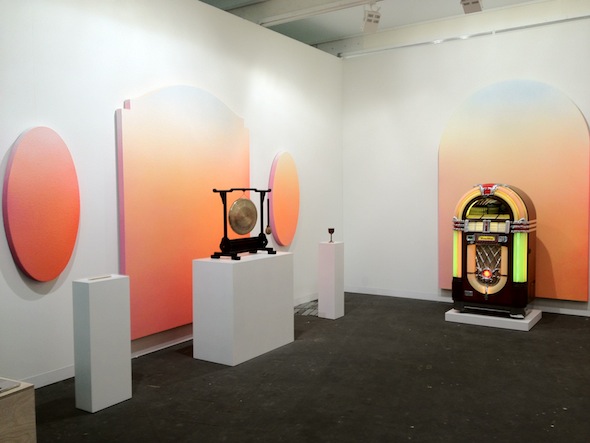 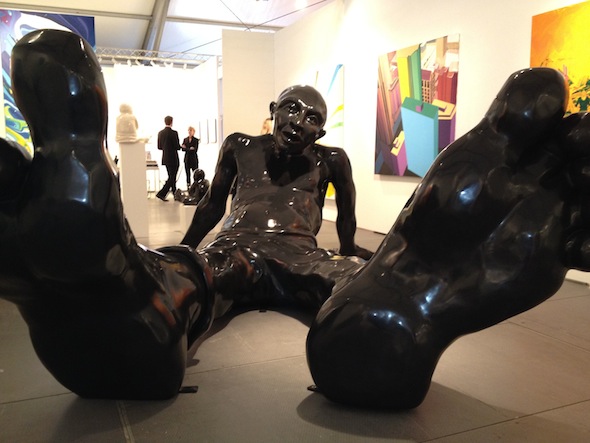