American artist Rebecca Loyche and German photographer Jonathan Gröger conceived of the Berlin “open art venue” MMX (2010 in Roman numerals) with friends and fellow artists Philip Eggersglüß, Jason Burgess and Daniel Wilson. The abandoned GDR-era ex-squat apartment building on Linienstrasse was transformed by the group through extensive renovations during one of Berlin’s coldest winters and its inaugural exhibition was launched on January 28, 2010. MMX was a short-term project – the group having agreed to use the building for just one year – but saw great popular success in the Berlin art scene. Over the year, MMX showed seven exhibitions by international artists and one Encore show. 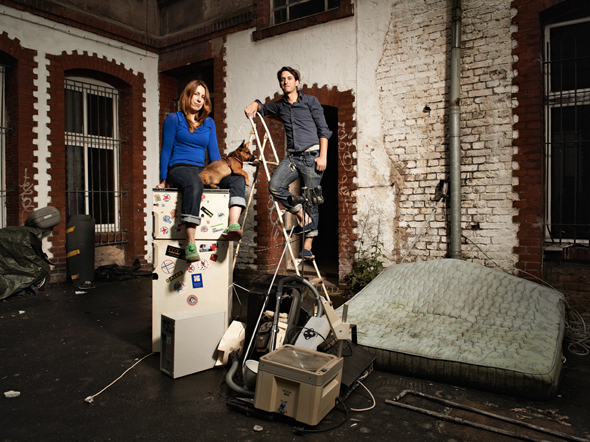 After MMX closed in February 2011, Rebecca and Jonathan pursued their project elsewhere, expanding and reinventing it. The former MMX space was repurposed, in collaboration with American street artist James Bullough, as an underground street art studio called The Cave. Rebecca and Jonathan – now working under the name ‘Co-Verlag’ – moved to a space at Torstraße 111. They spent a year gutting and renovating the main building on the property, converting the once coal storage rubble-filled cellars into exhibition spaces. Following the grand opening in April of this year and the inaugural exhibition that ran until mid-June, Co-Verlag chose to leave the space on Torstraße 111 for reasons of creative difference. Mirroring the transitory tendencies of Berlin itself, Co-Verlag’s visions will now take form through their publications and curation in other venues in the city and internationally.

Rebecca Loyche and Jonathan Gröger spoke to Berlin Art Link in the courtyard of the former-MMX venue on Linienstrasse. 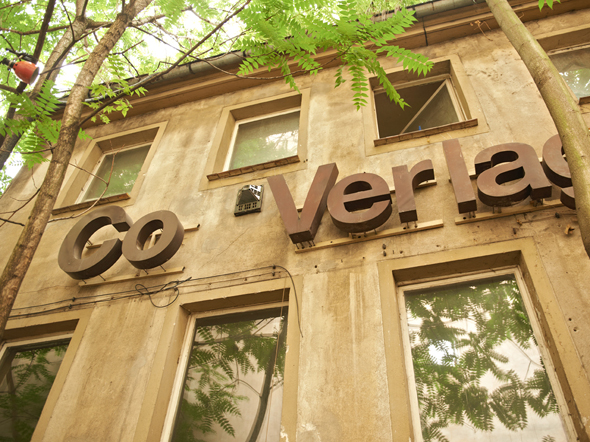 Alison Hugill: Could you give us the backstory of Co Verlag. What is its relation to your previous projects? Who forms the collective?

Rebecca Loyche: We came up with Co Verlag when we wanted to publish the MMX book, after MMX closed. We liked the idea that it was co-publishing: publishing of books, ideas, events, and continuing what we had done at MMX. Then we got invited to Torstasse 111 to renovate and do our project there.

I moved here from New York after Jonathan and I got together. Jonathan heard of an opportunity to use a run down space in the city centre. The second day I was here in Berlin we checked out the space on Linienstrasse and decided we would do an art space there. In this particular area in Berlin, a commercial art district, there are no alternative art spaces left on the street itself. The location is unique: its one of the only places left with the garden in the front, its one of the only ones that’s not renovated. It’s quite large: four units. We could start to imagine how to create the flow through the space, knock out some entryways, and in the end it was eight different small exhibition rooms and a screening room. So it was like a solo show within a group show. It was a nice experience for the artists and the audience. 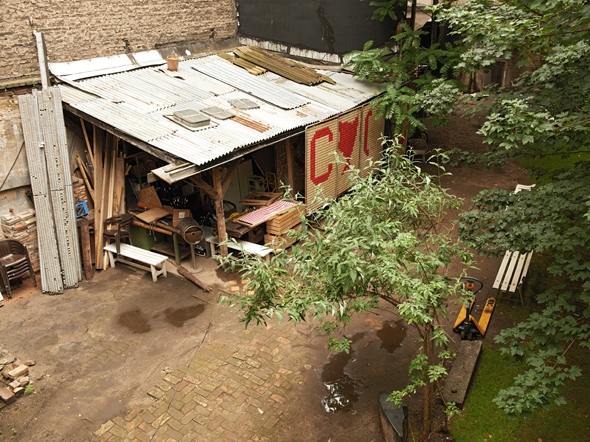 Jonathan Gröger: MMX actually started through Torstrasse 111. My father Lukas Kühne and Ingo Fröhlich got the house on Torstrasse for an art installation in 2000. In 2004/05, I came to Berlin and I was living there for one year. In 2009, Ingo told me he was offered another house through a friend of the owner of 111. He connected me with this space for MMX. That was also why we decided to give it another go and return to 111 and try to bring this whole house to a different level. In earlier times it was very sleepy. The lower levels of the front building and side wing were full of rubble to the top. There was a floor in between that was totally rotten. So we took on the renovations, to change the house. In order to open it up to the public it needed more room and it needed to be safer for visitors. It all started at 111 and then we ended up back there.

The ruin in the back of 111 already had been used for exhibitions for the last 4-5 years. Now the garden is cleared of junk and there are 2 freshly created exhibition spaces and the rest of the house is private studios and a residency program.

Why do this type of work in Berlin as opposed to elsewhere?

JG: It’s easy to do it in Berlin because you have a lot of free space. There is a big movement of people saying we don’t have any space, and they are asking for it. But I think there is a lot of space. On Linienstrasse alone there are four empty buildings, and if you do it right you can get these buildings and do something in them. With the MMX space, we didn’t get kicked out. We just agreed on a certain time frame, first to save ourselves from making too much of a big commitment and also because it was important for the owner. We said ‘we have one year, we’re going to rock this space’. We gave everything we had to it and then we left. This is still possible to do, even in the centre of the city. 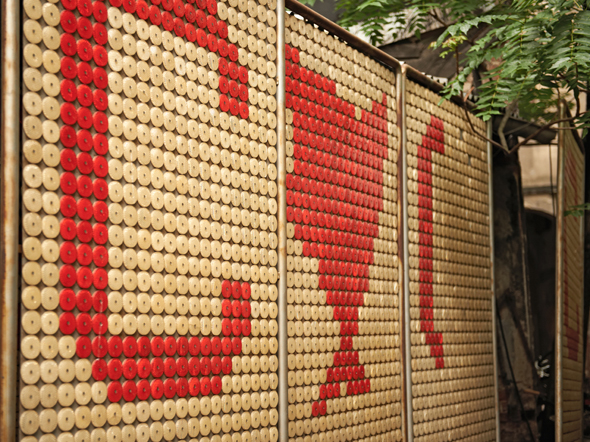 How would you differentiate it from other spaces in the city and in particular from the more polished art galleries in Mitte? In terms of artistic content as well.

RL: There are a lot of empty buildings people can use and if you are persistent enough you could probably get those spaces. But outside of the city centre it is easier to open something, for example in Neukölln or Kreuzberg or Wedding. What was unique about our focus here is that we try to bring it to a very professional level. We had work that was in the Venice Biennale here, we had a supportive partnership with Eidotech. People asked us if we were financially successful. We could have made money but instead we invested that back in to the artists. If they needed equipment or transportation, we would help them. As artists we also curated: helping with production, working side-by-side. It’s an alternative space but it’s on the same scale if not better than a lot of the gallery spaces here. We heard that time and time again. People saw more exciting work here than what they witnessed in other venues in the neighborhood.

JG: We wanted to put out art that we liked and that we stood for – as everyone should and does often do. But we made it accessible for everyone. With the luxury of this labyrinth of rooms we had at MMX, we could set up a kind of dramaturgy. We would welcome the audience at the front door and have a line-up of ‘entertainment’ along the way that would encourage people to linger longer. We really mixed the genres. The screening room was unique: we always had a looping video program. Our biggest goal was to show something substantial. Art that stands up. We did parties too but we stopped that quickly cause it’s a fine line you walk and we wanted to do something serious too.

RL: Spaces come to this problem when they try to be financially stable and they have to be a bar as well, or do a lot of fashion events to bring in money. It cuts down the seriousness of the art. This is a problem that Berlin has in particular. We were focused on showing really good art and having it open to everyone here. There’s a huge international crowd in this very touristy area. In any given day you would have forty people from all over the world coming to see Berlin, who would stumble in here by accident and say it felt like how Berlin used to be. But it was also really exciting because people didn’t expect to find so much interesting art professionally presented in an old, run down building. 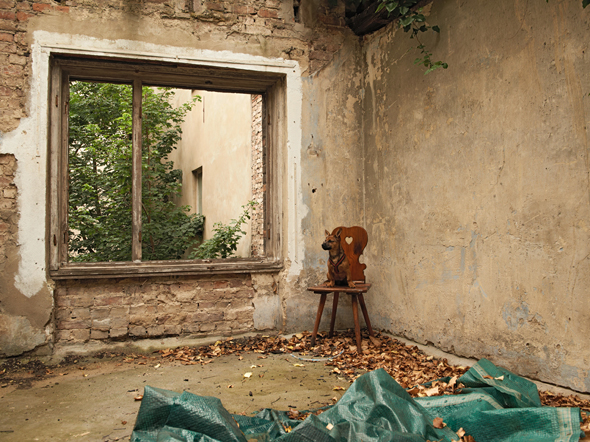