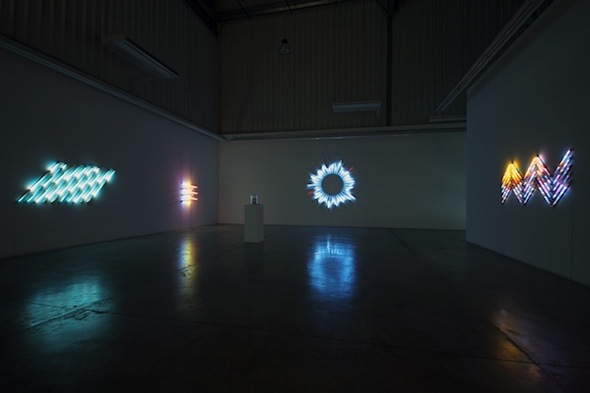 “Iris Was the Pupil” – Installation view at Carbon 12, Dubai

American artist James Clar’s practice to date has been primarily concerned with variations of light and form. ‘The Iris Was A Pupil’ Clar’s upcoming solo exhibition at Carbon 12 Dubai is made explicit by the title, deals with light as the visual stimuli through which we siphon the world around us.

His media installations integrate technology in popular culture and the visual information that pervades modern day mass media. Although Clar is currently based back in New York, spending some time living and working in Dubai has given his work a politicized twist, refractions of which show through in his sculptural light installations.

Describing an apolitical stance as a luxury afforded to him by living in New York before relocating to the Middle East in 2007, Clar’s move back to America has honed his ability to create works that comment upon the modern condition whilst also appearing sleek and refined in their physical construction. “Waves” manifests as a sculptural meditation on organic versus geometric form, while simultaneously connoting the transmission of imperceptible sound and frequency waves that surround us in everyday life. 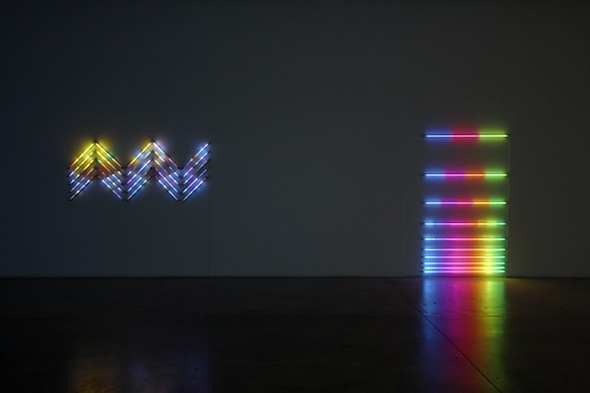 “Iris Was the Pupil” – Installation view at Carbon 12, Dubai

Found objects serve to punctuate a few of the works and create hybrid sculptures. In “Orchid”, a plastic orchid appears to float mid-air encased by the claws of a custom-joint light fixture. The floral specimen has been cast in white rubber, allowing it to take on the embryonic glow of its coloured fluorescent trappings. Notions of preservation, creation and re-creation become increasingly apparent upon learning that the roots of the orchid have been designed and printed in 3D by the artist.

Other works foster a sensation of synaesthesia. “Increasing Resolution”, with its variations of concentrated light from the rainbow spectrum, has a pulse with an almost musical quality; indeed, the exhibition title shares it name with a song by electronic music duo Autechre.

Clar’s works harness artificial light as the lens in his exploration of the human eye as a receptor. ‘The Iris Was A Pupil’ professes a maturity gleaned from a singular goal; a continual refinement of storytelling to its simplest form. 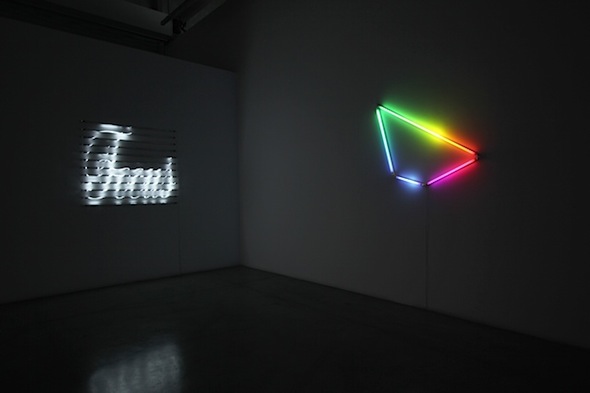