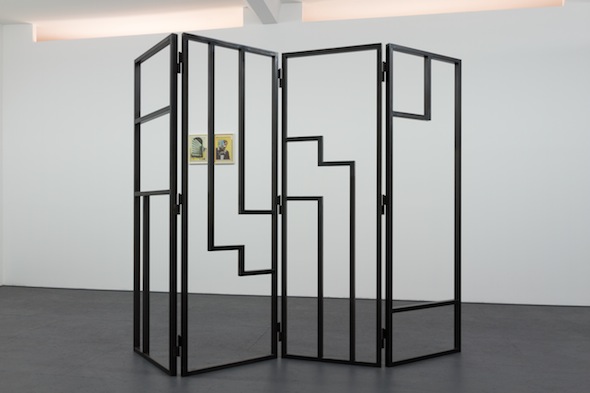 The Cities That He Worked In Are No Longer There, Iris Touliatou (2012), Courtesy of DUVE Berlin

Discovering hand-written margin notes in a used copy of James Joyce’s Ulysses served as the impetus behind Iris Touliatou’s search to uncover the identity of the unknown penman and his associations with Stephan Dedalus – Joyce’s literary alter-ego. This example is but one of countless coincidental starting points that catalyze Touliatou’s scrupulous investigatory practice. Imposed Loads and Other Masked Appearances is game of historical connect-the-dots; arriving at obscure conclusions drawn between lost personages, art historical discourse and the trajectory of her own oeuvre.

New collage and site-specific installation pieces created for DUVE Berlin show alongside works exhibited earlier this year at the Museum of Contemporary Art in Leipzig. Touliatou’s collages are steeped in historical mythos and arrive at new hypotheses derived from stark combines of found material. In Imposed Loads and Other Masked Appearances, the facial images of a single man are censored with architectural photos – at once taking away the portrait’s identity and simultaneously leaving us clues towards it. While the colored collages are a nice punctuation to the exhibition, they highlight the cut-and-paste construction inherent in the medium and lack the smoother transitions of their monochrome counterparts. 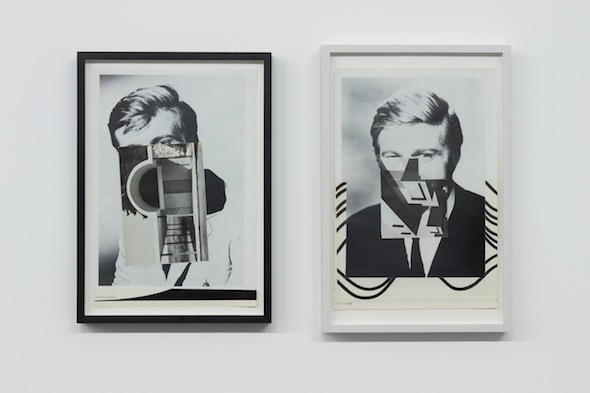 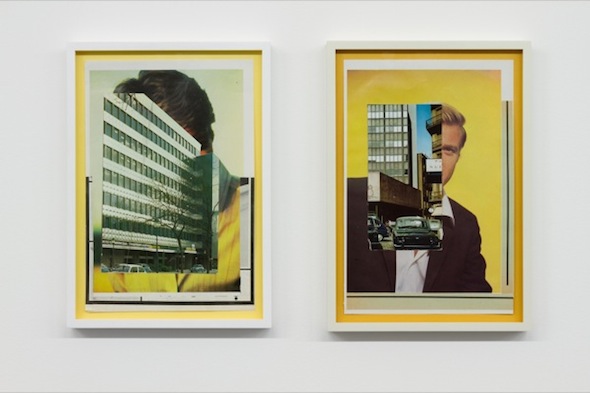 Draped across the centre of the room is a large-scale print of 1966 exhibition Art in Process: The Visual Development Of A Structure. The photograph references works of Robert Smithson (which have since been lost) as the historical conduit that informs Touliatou’s own sculptural practice.

Touliatou’s foray into larger scale installation and sculpture has been a successful departure from her paper-based work. Two screens of patinated steel cut up the gallery space, affording the viewer framed views and new dimensions in a manner that nicely echoes the hanging collage works. In a more literal sense: reflections of viewers overlap one another when looking through the one-way mirror panel in The Cement Is Just For Weight, Dear.

Toward the back of the gallery lies an entrance way to an annex seemingly unmasked by the removed piece of printed wall leaned against the doorway. A quick look behind the framework reveals a black and white collage, and the confirmation that the artist has played a pivotal role in this ‘happening’. Touliatou hides certain things and then feeds us clues; traversing voids of lost histories that may never be entirely fathomed. 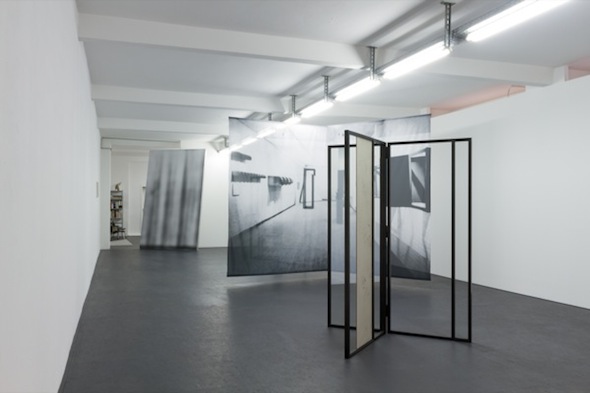 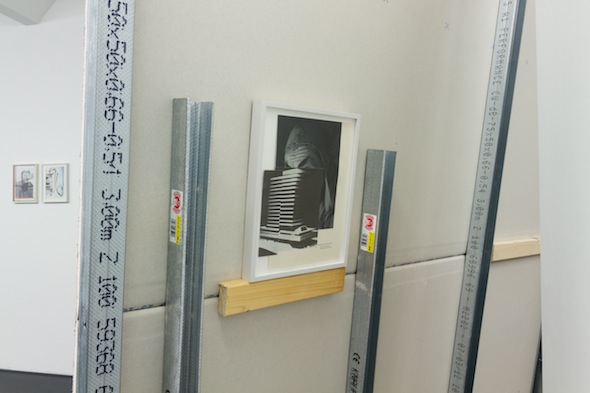