The Slovakian artist, Alex Zelina, is often inspired by controversial social phenomena. His creative process usually begins with the selection of a mass-media image he then re-interprets. One of his most recent works, “Boarding” an acrylic on paper, is a powerful example of this process. 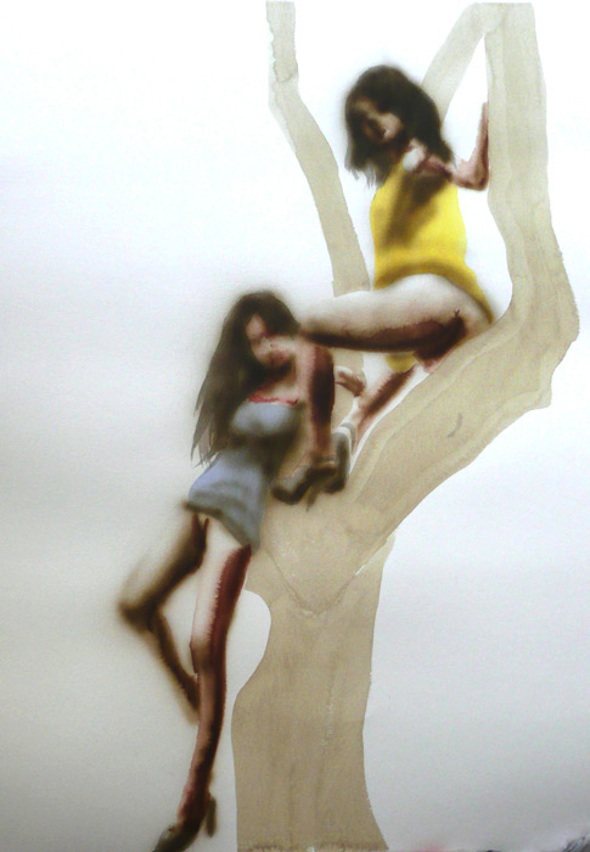 Zelina considers photographs to be mere pillars upon which he paints rather than being prior copies. Michaela Pašteková writes: “Photography constitutes a building base for Alex Zelina’s paintings, even though overlaps in his work are difficult to define. Figures emerge on canvas either in a concrete form, or in abstract shapes.” For Zelina there is no need to copy exactly what he sees, but to find a new way to represent it in a new visual language. There is a controversial message in the positions of the painted subjects. While looking at the paintings we are unable to identify many details about the figures. The author blurs their faces on purpose to show a new, unknown aspect, where the visual source does not play a role. Zelina casts his view on the internal and external world of the depicted subjects, where his treatment of bodies, often naked or partially clothed, contrasts with the lack of detail in his absent faces. This is how Alex Zelina visualizes the difference between reality and fiction.