On Saturday, Jul 20th 2013, the faintly neoclassical garden of the Schinkel Pavillon was filled with people drinking to the closing of Jeremy Shaw’s exhibition Variation FQ. The setting could not have more suitable: the contrast between the old decor, just down the street from Unter den Linden, and the young and alternative crowd provided a compliment to the artwork itself. Variation FQ has a very simple and profound set up: viewers pass through a heavy curtain into a dark room in which a film is playing. A mix of string instruments and piano plays in the background, occasionally mixed with altered fragments of House music, which unexpectedly compliments the film–a recording of a sensual and aggressive improvisation by transsexual Vogue dancer Leiomy Maldonado. 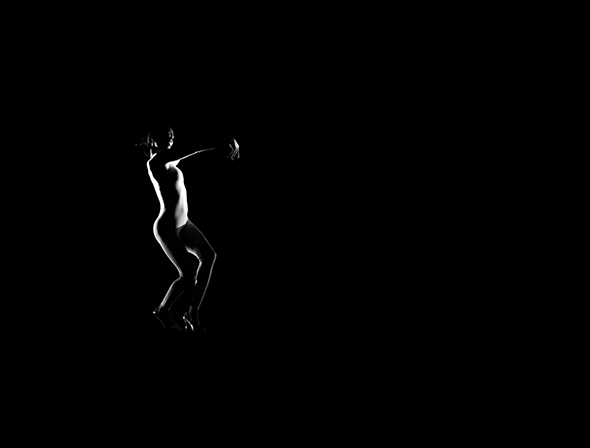 Variation FQ references Norman McLare’s 1968 film Pas de Deux in which two ballet dancers dance a duet against a stark black background. In Shaw’s film, the duet is reduced to the one Maldonado, a solitary white figure in a black room who contains within herself both gender roles and dances both parts of the duet.

Maldonado’s dance is both elegant and strong. She sways confidently on 15 cm stiletto heels, suddenly collapsing her body backwards and hitting the floor with her back and shoulders in a carefully orchestrated fall. The impact throws her body upwards and she regains her upright position, continuing to dance. The style is called Vogue, a non-mainstream genre of dance developed in New York in the 1980’s. Little known outside of a small community of practicers, Vogueing can be best understood by consuming hours of youtube videos of the dance battles, elegant and raw competitions in which two Voguers will try to pin the other down through dance. 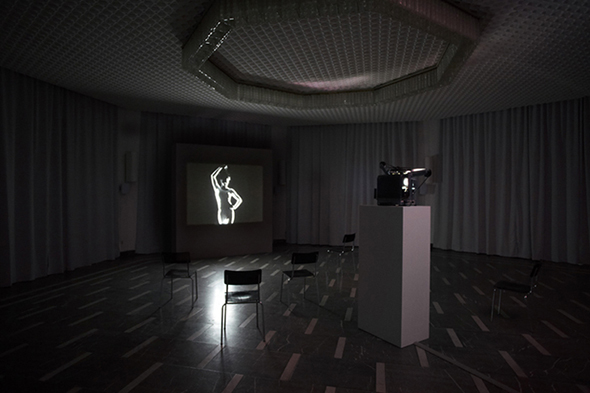 Artist Jeremy Shaw is fascinated with subcultures, with non-institutionalized forms of group expression or diversion from the problems of the present through activities like dance, religion, or drugs. Shaw takes Vogueing out of the grungy clubs of the Bronx and into the black and white landscape that mimics Norman McLare’s film, projecting it in the Schinkel Pavillon with an old 16mm projector. Mixing the aesthetics of a subculture dance with conventional “high-culture” artistic expression results in the contradictory elements of Variation FQ, revealing the potential of art to explore new, contemporary culture within the medium of previous forms. Variation FQ captures the moment of transformation as a new, alternative dance form becomes absorbed into and changes the conventions of artistic expression. 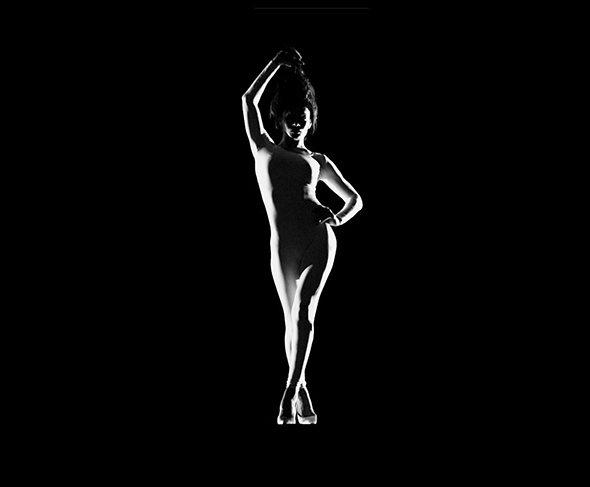 Leiomy Maldonado is a major figure in the Vogue dance scene. Shaw was drawn to her because of her power and the masculine violence that infiltrates her highly feminine movements. Stressing these moments where the brutality comes through the otherwise graceful and feminine dance, for example when Maldonado twists or her body impacts, Shaw uses step-and-repeat filmmaking to turn the movement into a cascade of body and motion. This repeated and isolated moment, stretched into minutes, becomes physically tangible to the viewer, though the movement is abstracted beyond recognition. It also reveals Shaw’s engagement with the dancer through artistic manipulation, in some ways completing the duet within the medium of film.

Below is a short compilation of clips of Voguing battles for your enjoyment:

Jeremy Shaw is a multimedia artist from Vancouver, Canada, now living in Berlin. Shaw’s work usually explores some area of underground culture and alternative forms of social expression. You can find more information about his projects here