Article by Alison Hugill in Berlin // Photos: Courtesy of DAZ, Thursday, Sep. 26, 2013< At the packed opening of Das Numen Momentum during Berlin Art Week, visitors lined up to enter the exhibition one by one at two minute intervals. Unsure of what we were about to witness but privately thrilled by this atmosphere of built suspense, we were asked to enter alone (to avoid excessive noise) through the thick black curtain into a pitch dark room. 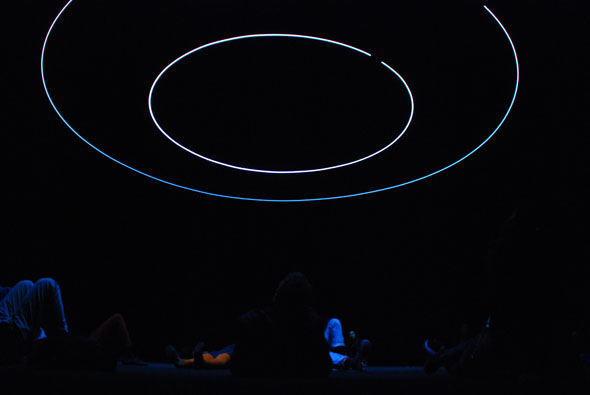 The scene inside was reminiscent of school visits to the Planetarium, everyone sitting on the floor, mesmerized by the light display above our heads. Two bare light bulbs, seemingly floating in space like distant stars, chased each other around at alternating speeds. Sometimes they accelerated or collided, sending waves of excitement through the audience.

The most common reaction I heard while exiting the room was one of awe: How did they do that? The technical answer: “LED lights are affixed at the joints of a five-hinged arm, swung around by a motor that is controlled by a live-stream of radio signals from outer space. Developed in collaboration with the Leibniz-Institut für Astrophysik Potsdam, “Das Numen Momentum” appears to translate cosmic signals into something sensible, perceptible, yet remains confounding.” Many people stayed in the room for a long time, trying to discern a pattern amidst the chaotic movements of the lights. 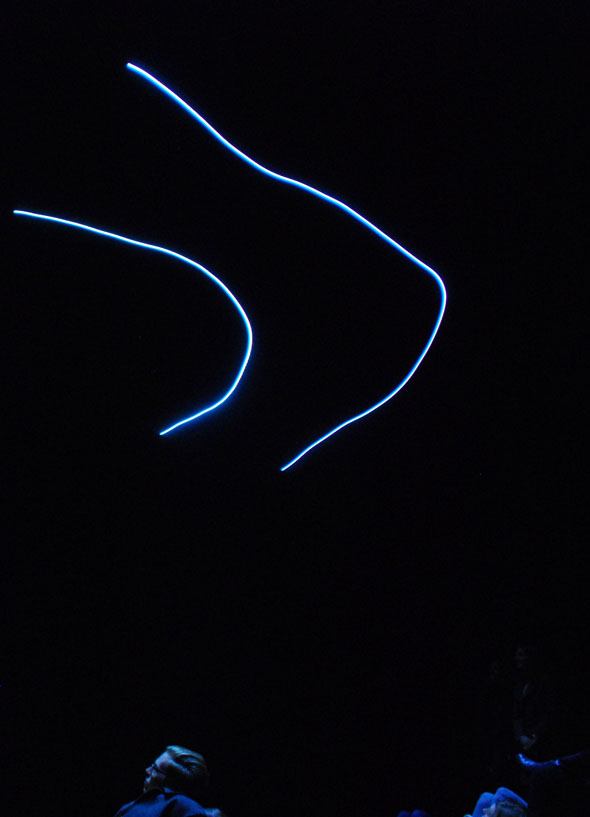 The exhibition’s ambition is to bring the universe to us, to “open new ways to show our world to ourselves.” For me, the effect was much less cosmic in scale but nonetheless met this desired outcome. Quickly bored by the moving lights, I found myself looking around the room. As the light flew across the ceiling, it would illuminate the people below under a brief spotlight flash. These flashes produced fleeting snapshots of peoples’ facial expressions, their postures, their secret hand-holding in the dark. In the completely silent room, I began to focus on the small details that were exposed under the lights. In this way – perhaps less far-reaching than the artists had intended – the world of my immediate surroundings was revealed.

The idea of harnessing natural cycles through the use of scientific method was a relatively prevalent theme during Art Week. Other works by Berlin-based artists Julius von Bismarck and Tomas Saraceno, for example, were also created at the intersections of science and art. Von Bismarck’s ‘Versuch unter Kreisen’ explored the pendulum swing of several lamps, suspended from the ceiling and oscillating alternately, first in discord then in harmony. Though different in appearance to the other two, Saraceno’s Solar Bell – a massive kite made up of small solar panels – was also exhibited at this year’s abc art fair. The fascination with scientific phenomena – explored by each of these artists in conjunction with academic research institutions – has its roots in a desire to better understand natural structures in order to improve, through art and design, our own experience of the world around us.

The exhibition at the Deutsches Architektur Zentrum (DAZ) was an initiative of artist collective Das Numen – Julian Charrière, Markus Hoffmann, Andreas Greiner and Felix Kiessling – and was curated by architecture theorist Carson Chan. 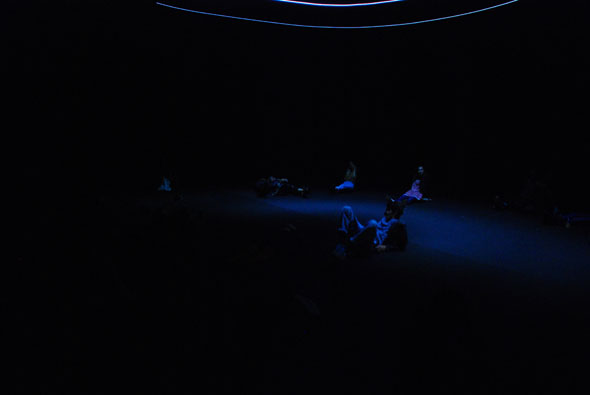 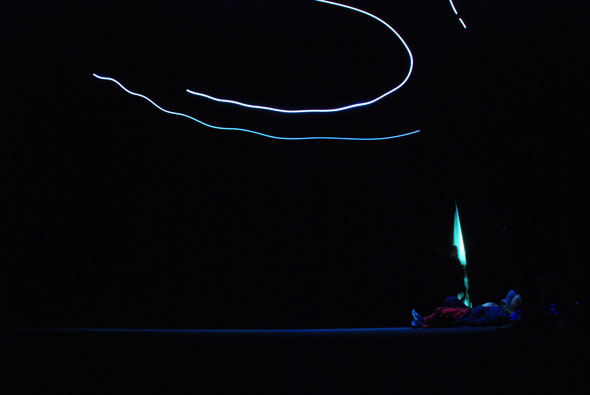 Alison Hugill has a Masters degree in Art Theory from Goldsmiths College, University of London. Alison is the Arts & Culture Editor of Review 31 and is based in Berlin. based in Berlin.